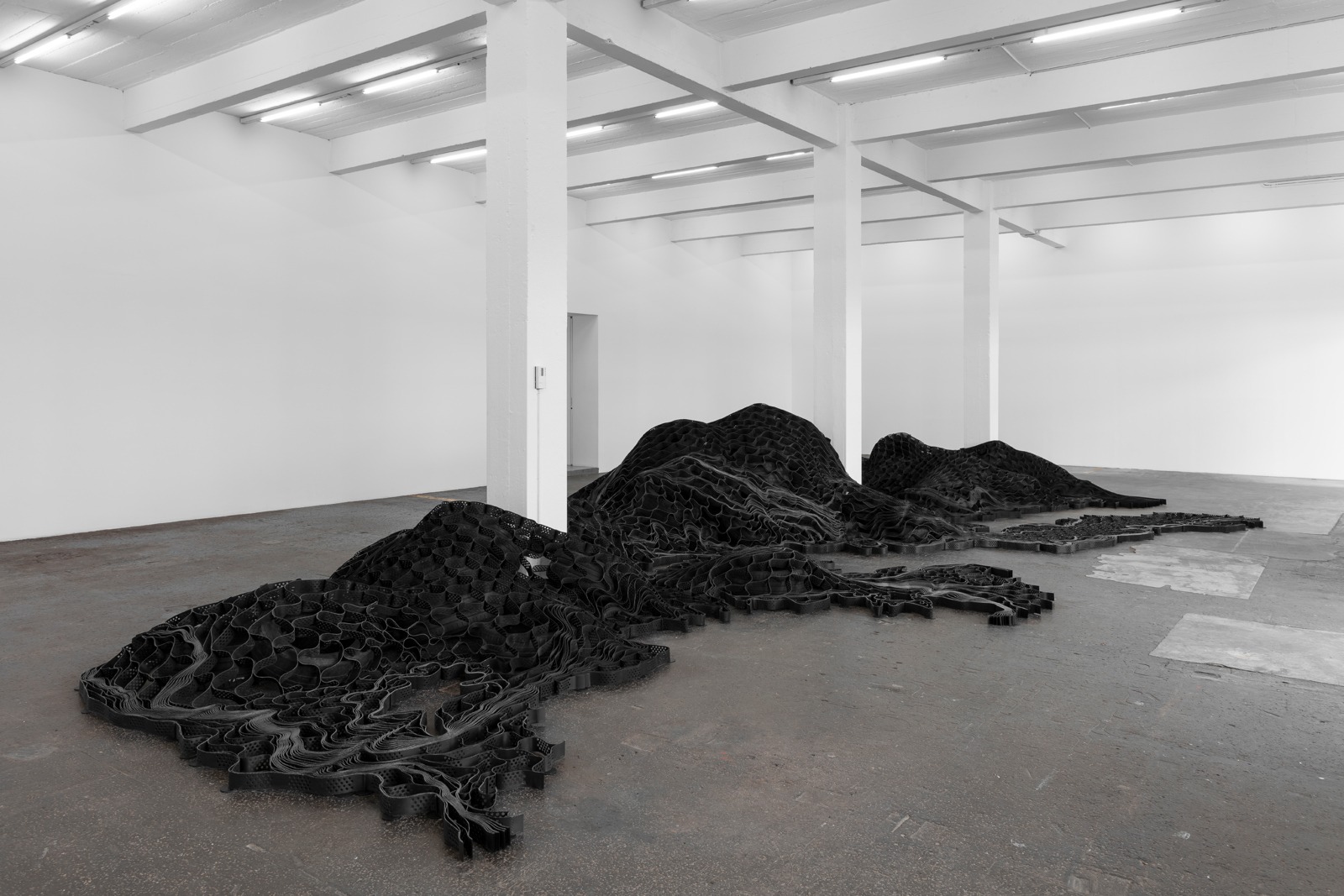 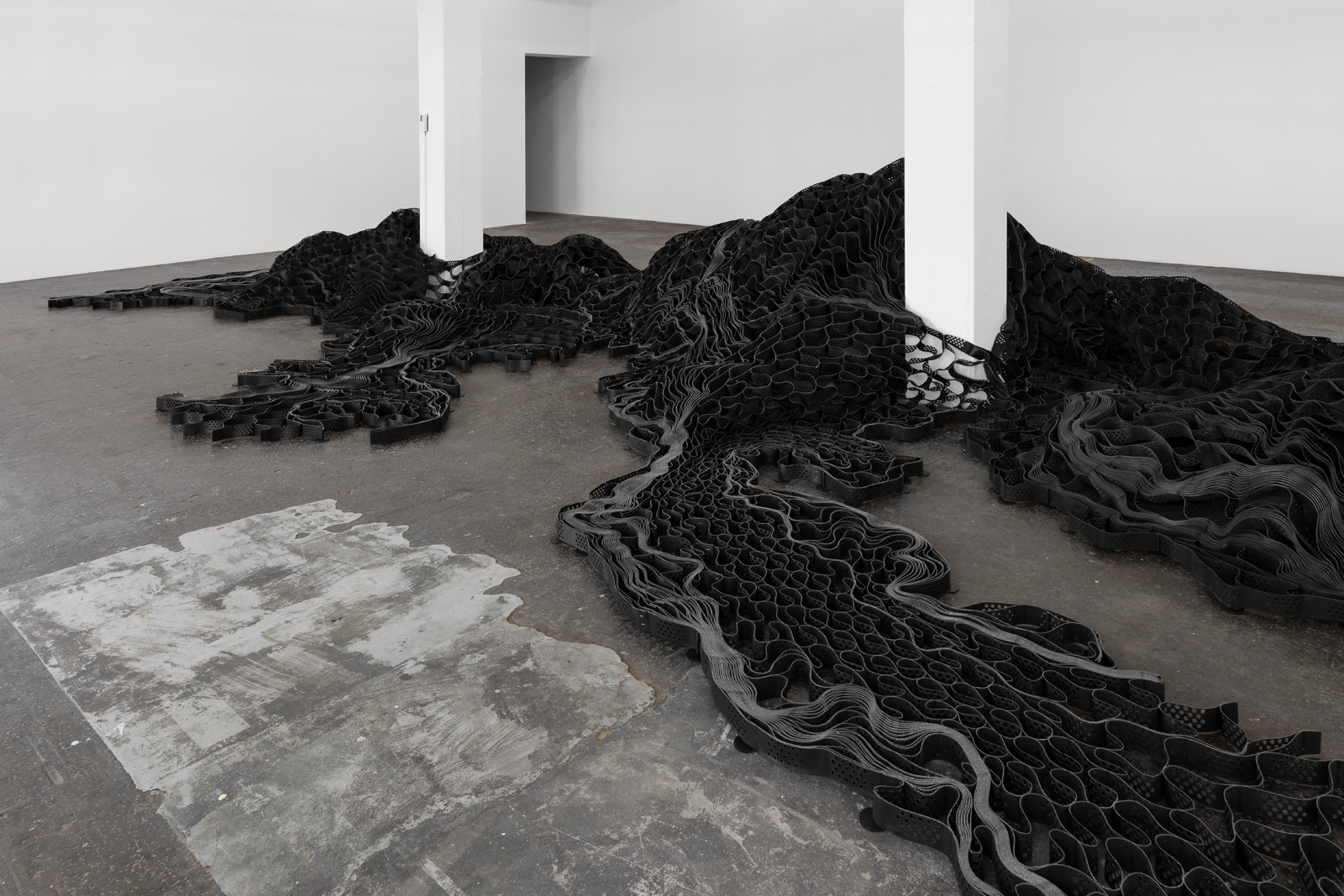 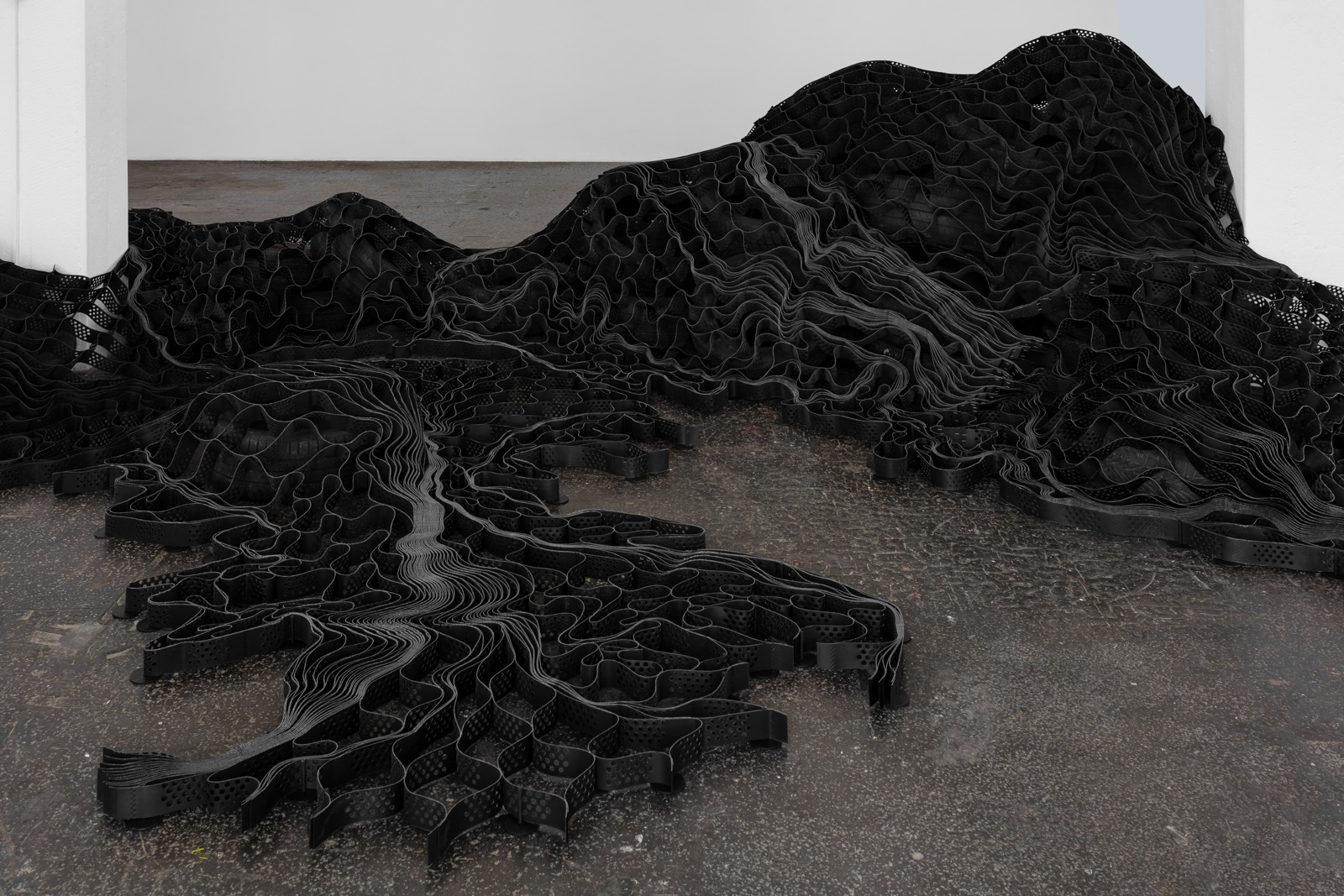 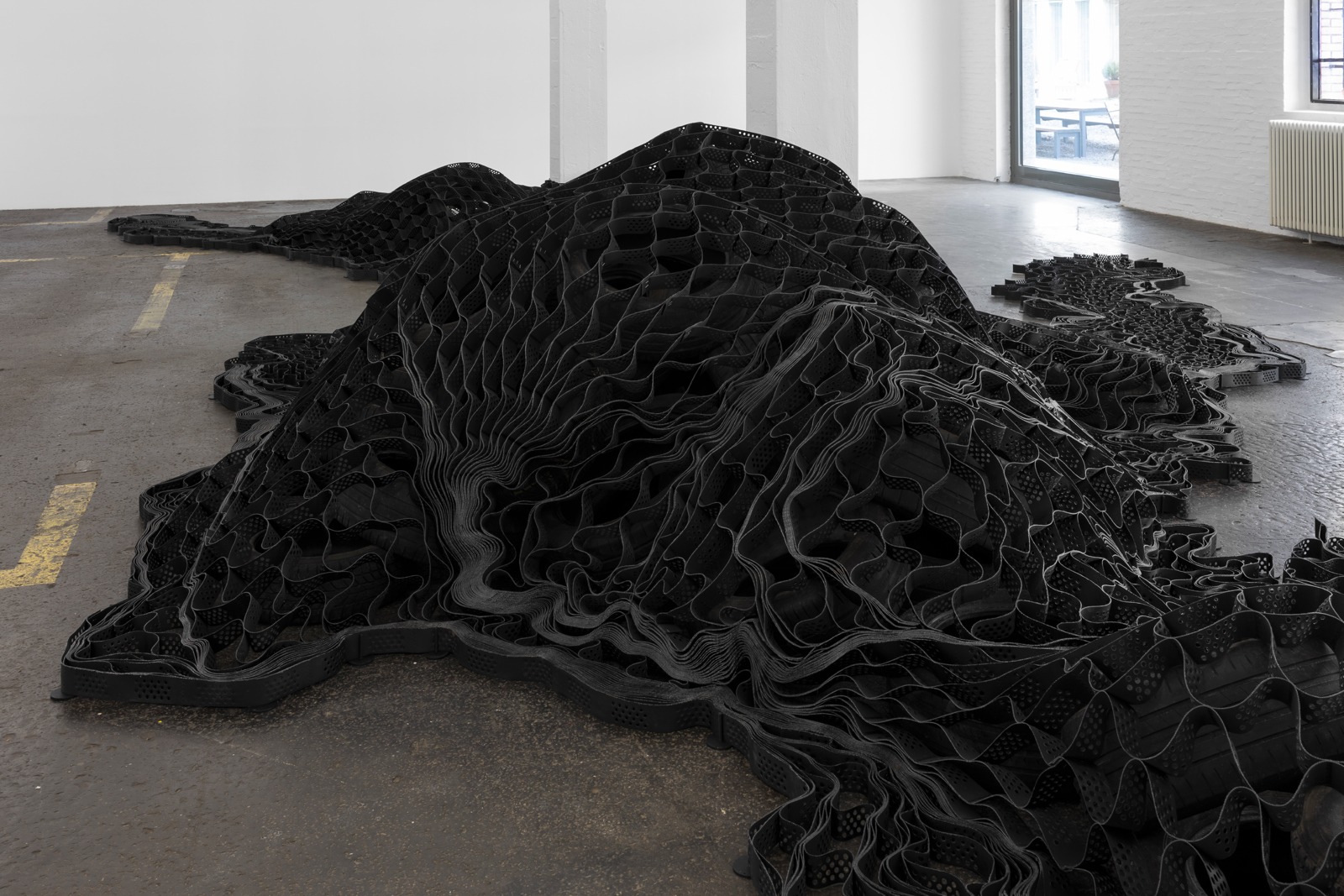 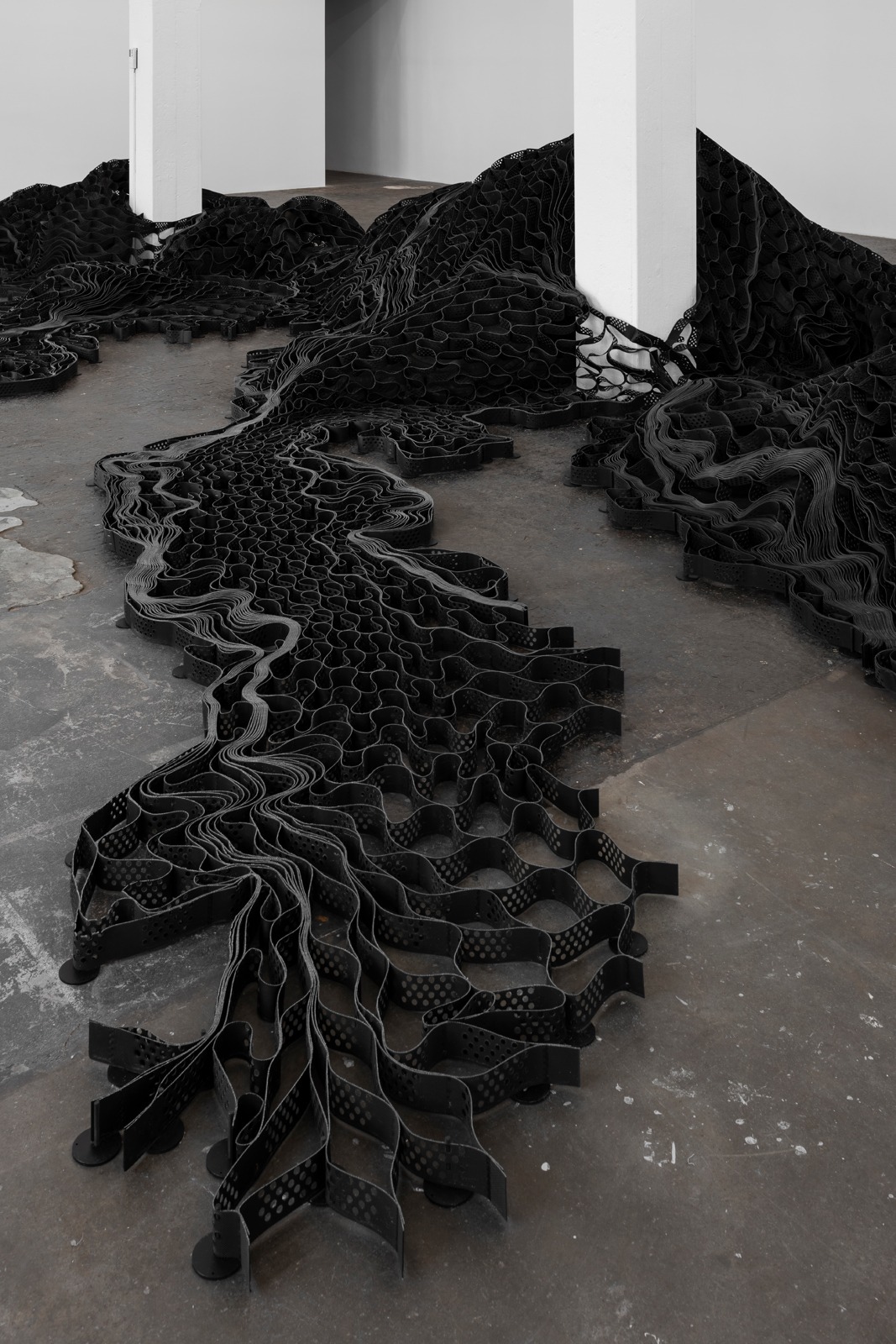 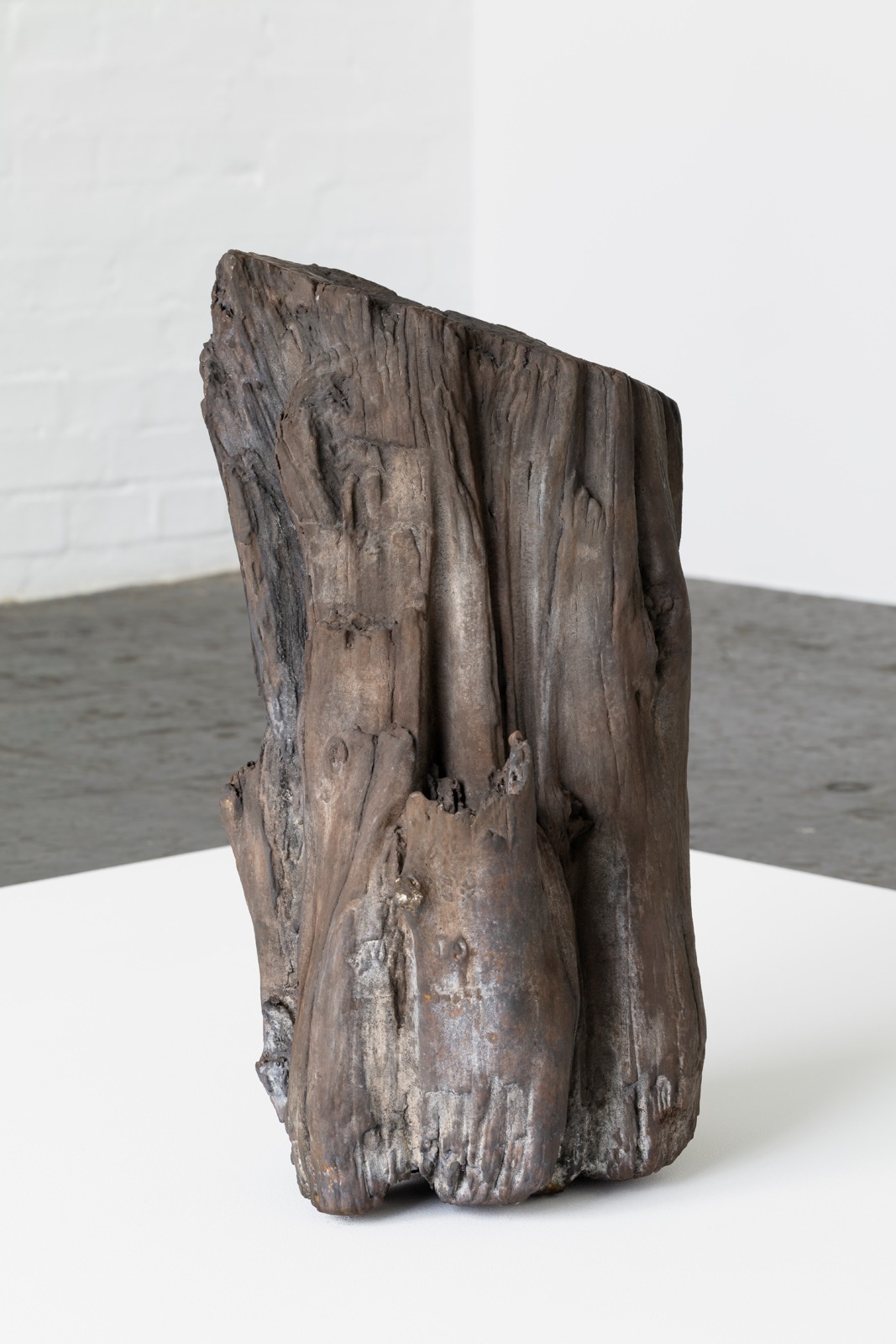 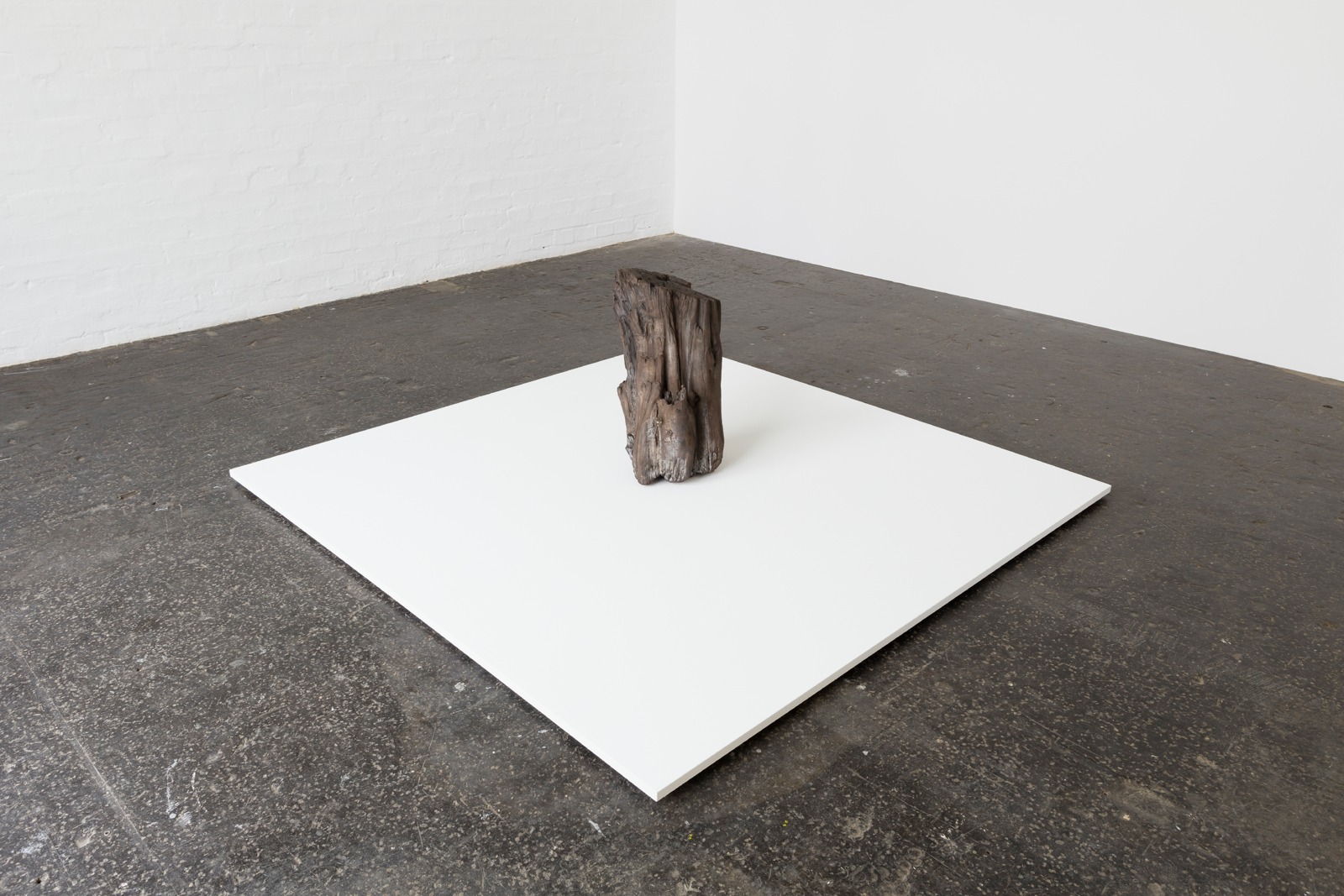 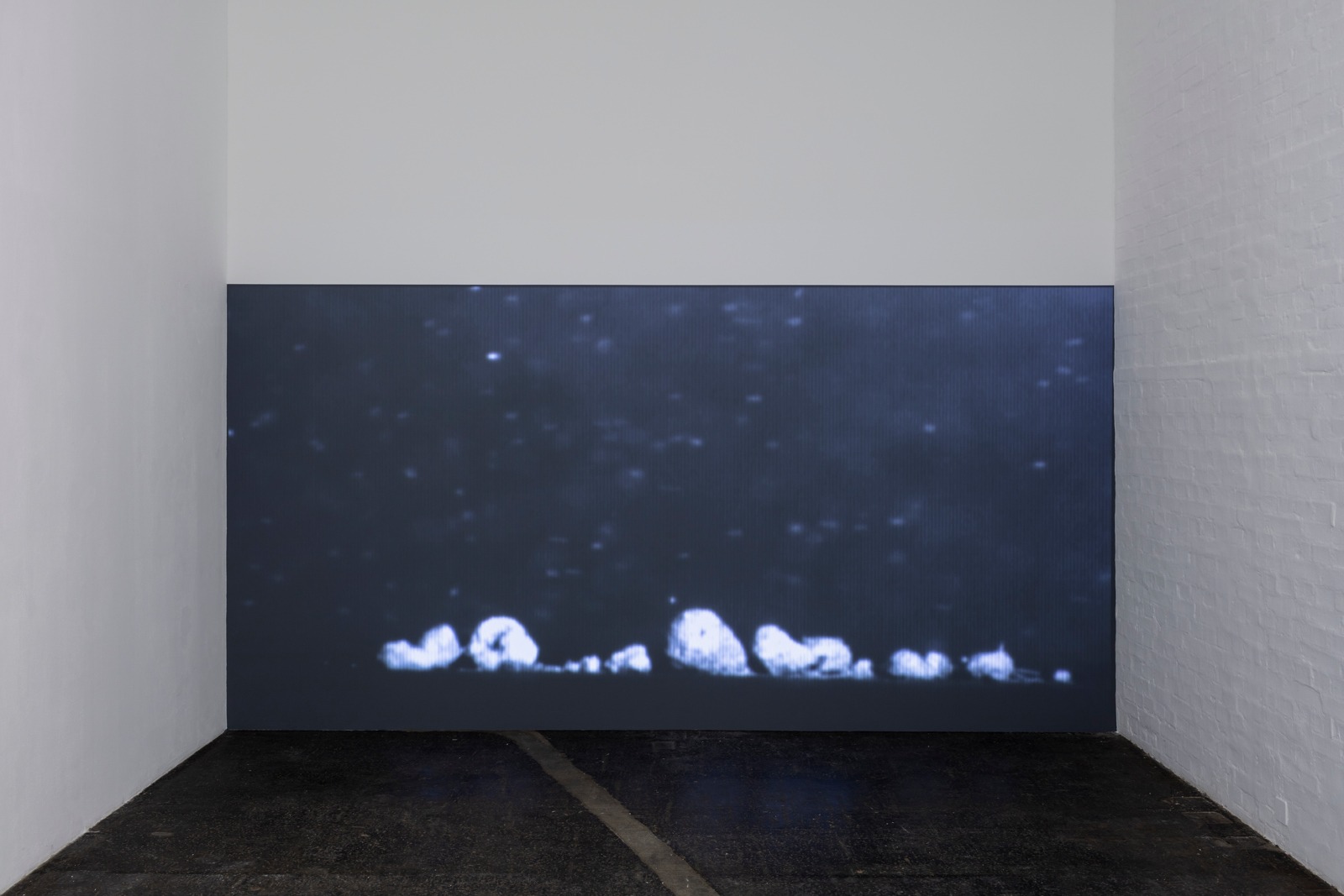 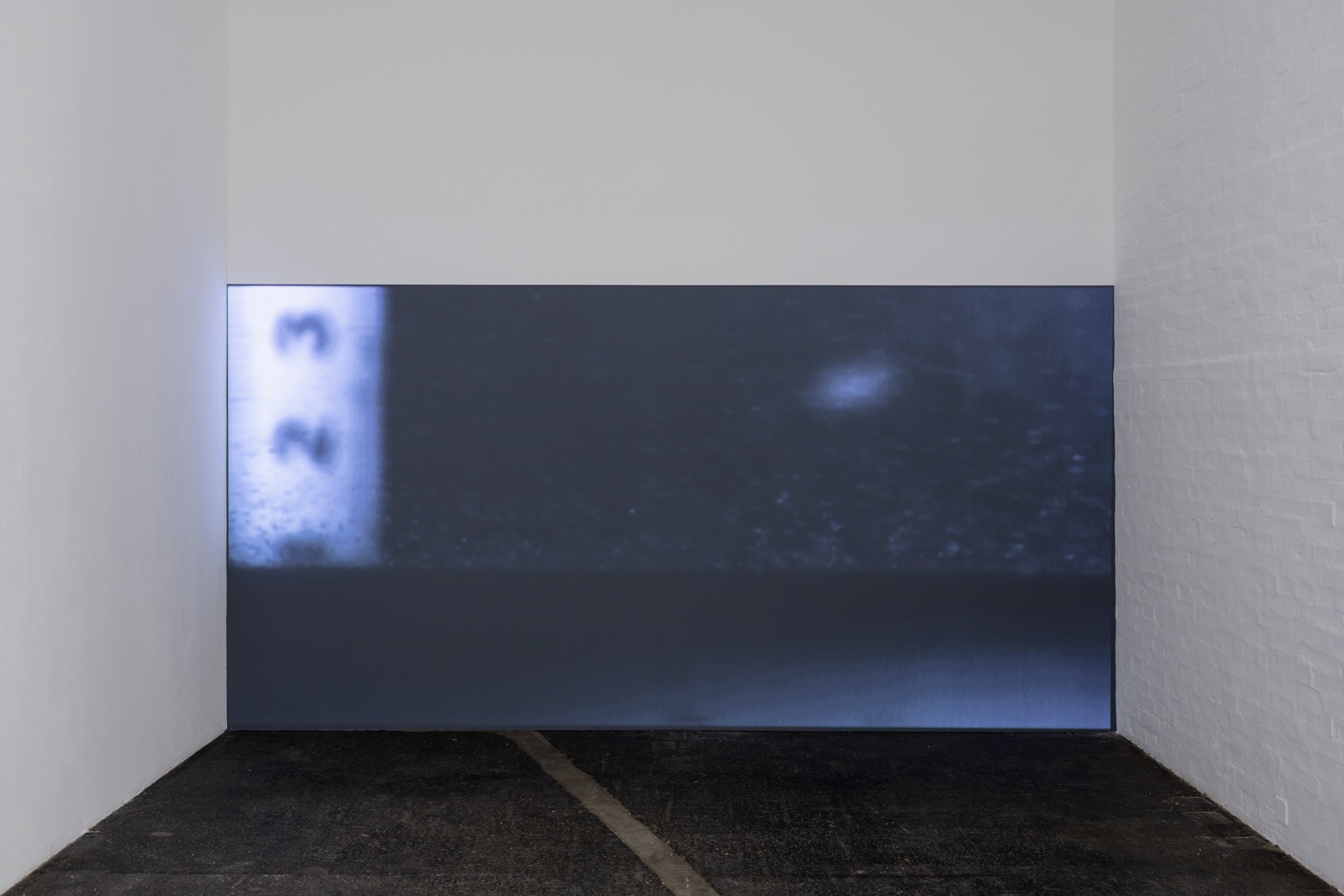 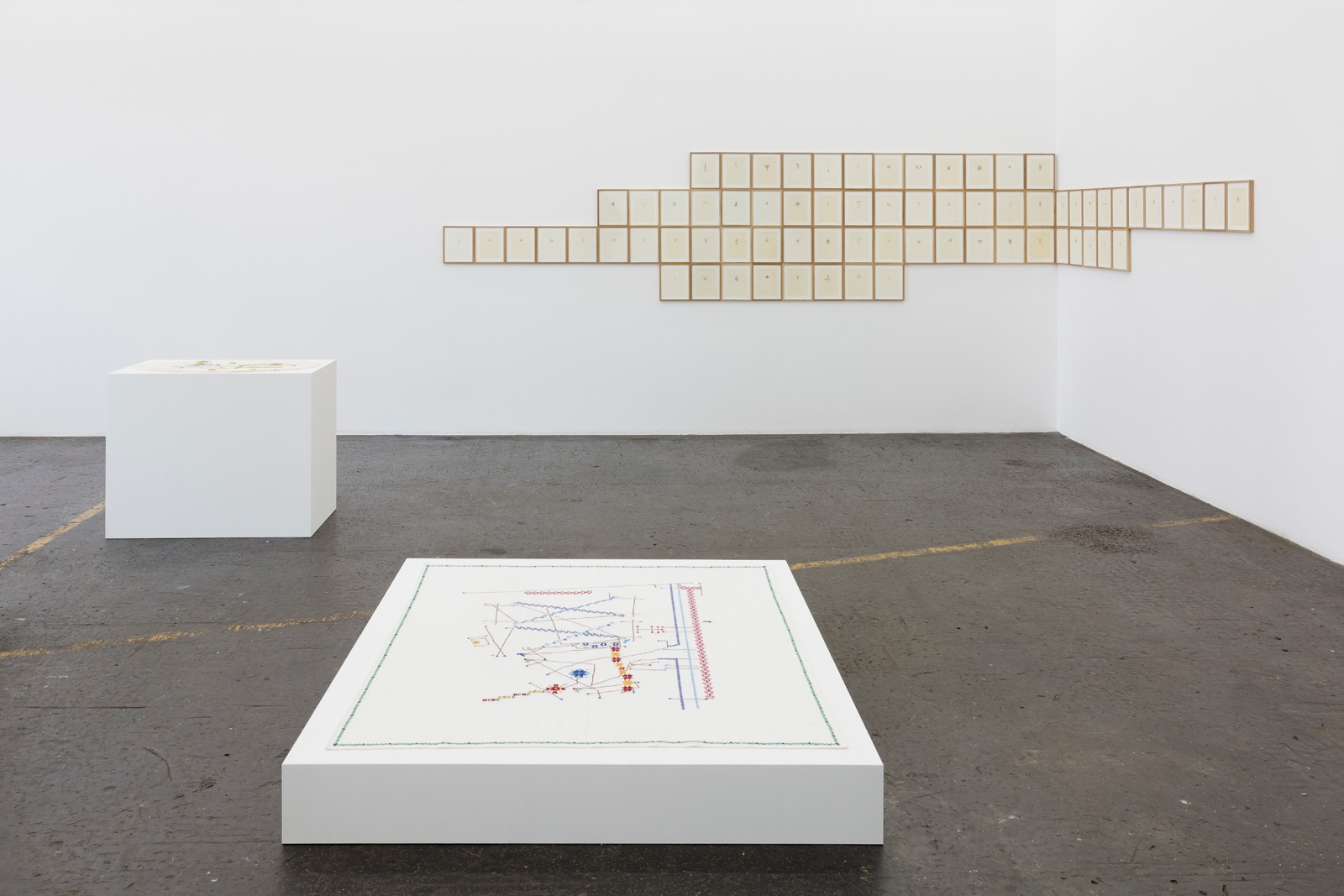 In her comprehensive artistic research, Ella Littwitz concerns herself with archaeology, history, botany, culture and politics. The critical examination of national and political identity as well as the construction of historical and psychological boundaries are at the center of her works, which are often preceded by intensive research. With frequent reference to her homeland Israel, Ella Littwitz uses relics, archaeological names, existing narratives, political symbolism and other historical and anthropological ciphers to develop her works of art. In the Kunst Halle Sankt Gallen, Littwitz focuses on territorialization: her installations, sculptures, drawings, and embroideries tell of claimed and conquered territory, of no-man's-land, mixed territories, and not least of border crossing and migration.

The room-filling sculpture The Elephant in the Room (2019), with which Ella Littwitz presents a kind of underwater archaeology, refers to the Mediterranean Sea as a crisis-ridden landscape but also as a place of longing. The huge, dark mass of car tires and geo-cells, which spreads like an ulcer in the exhibition space, can be identified as a negative form of the Mediterranean basin and illuminates both its ecological and migratory dimensions.

For her examination of the duality of places of longing, the artist also finds quieter tones, such as the sculpture The Promise (2019) newly produced for the exhibition. The bronze casting is based on a 3D scan of a tree stump, which is the remains of a tree planted by Theodor Herzl in Arza, Palestine, in 1898. The spiritual father of the state of Israel and the main founder of political Zionism planted the tree as a sign for the Jewish settlers, but this did not last long: in 1915 the tree was burned down. Since then, the stump – protected by an iron cage – has attained the status of a monument, but hardly anyone knows of its existence. With The Promise, the artist not only raises questions about the effects of Herzl's nationalist gesture and the possible meaning of this monument, but also critically examines the appropriation of territory - in this case by using plants to manipulate the landscape - which only appears superficially natural.

Littwitz's interest in plants is also particularly directed at terminology and its socio-political parallels, which becomes as clear in the filigree bronze casting of a so-called pioneer plant that does not allow other plants beside it (Muşah, 2019) as in the work Uproot (2014) - an installation of botanical drawings that follow the list of 143 species from Dr. Michael Zohary's book The Weeds of Palestine and Their Control from 1941. On the basis of the fauna of the region, the artist shows the interweaving of botanical names and political connotations. The illumination of unconscious ideological and repressive narratives in science is particularly interesting against the background of the complex cultural, political and civilizational crisis in the modern Middle East, where there is a constant struggle for meanings, appropriations and claims to several ‹truths›.

For the installation A Moon in Ramallah is a Star in Hebron (2017), Ella Littwitz and a group of Arab women embroidered the floor plans of old flour mills from Wadi Amud in Galilee, based on the techniques of traditional Palestinian embroidery and its cartographic symbolism with European influences. Over the years, the buildings have repeatedly changed their purpose from Palestinian flour mills to Jewish fulling mills and back again to Palestinian flour mills. Ella Littwitz's project rejects any notion of binary divisions within the hybrid and interwoven culture of Israelis and Palestinians. The title refers to the classification of symbols in the embroidery traditions of the various regions, but reads as a broader metaphor for the similarities and differences underlying this complex cultural melting pot.

With existing works and newly produced works, the exhibition «The Promise» offers a comprehensive insight into the artistic practice of Ella Littwitz, who succeeds in dealing with universal and highly topical themes around territories, borders, identity and national thought from different perspectives.