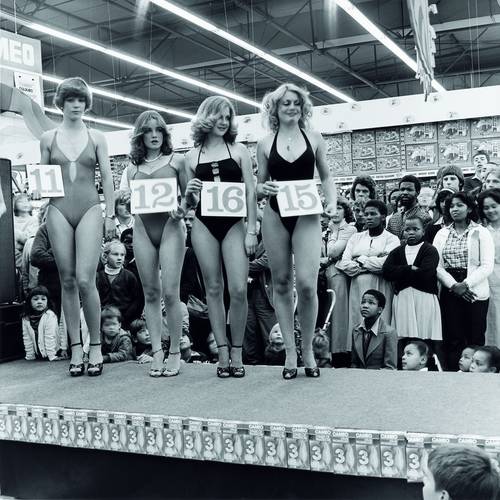 More than ten years after the end of apartheid, South Africa, the supposed “rainbow nation”, is a country still torn by inner conflicts. Critics maintain that the democratic process has led only to a re-coloring of the elites, not to a just division of wealth. The rates of violence and criminality remain high and the Truth and Reconciliation Commission (TRC) has achieved, at most, a superficial reconciliation between enemy camps.

Against this background, the exhibition “Black Brown White” searches for clues in pictures. Outstanding South African photo artists of various generations, who see themselves not as political documenters but rather as observers of everyday life, will show thematic series of their works which represent diverse facets of a country between apartheid and new departures – from David Goldblatt’s famous “Kwa Ndebele” series, which treated the compulsory commuting of black workers from the townships to the centre of Pretoria in the days of the passport law, to Omar Badsha’s “Imperial Ghetto”, a study of everyday life among the Indian population of the harbor city of Durban.