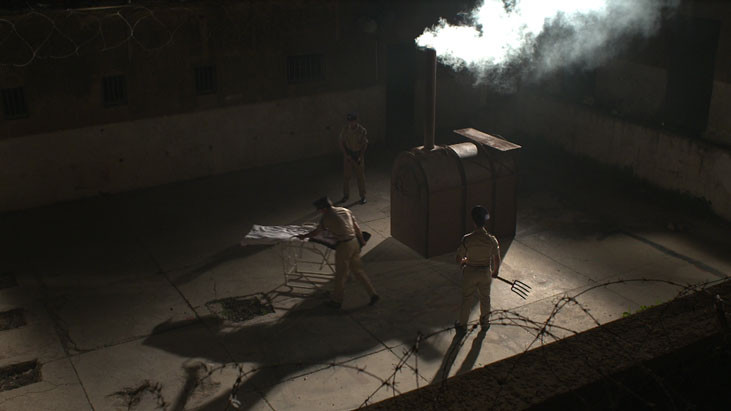 Fifty years ago, the trial of Adolf Eichmann began on April 11, 1961, in Jerusalem. An Israeli court convicted him for committing crimes against humanity and war crimes. Eichmann was executed on May 31, 1962. On the night after the execution a group of police officers sailed on a boat out of the shores of Jaffa port. Their mission was to scatter Eichmann’s ashes into the international waters of the Mediterranean Sea. The script is based on an interview which Dani Gal made with Michael Goldman, who was on board of the ship. Director Dani Gal, who was born in 1975 in Jerusalem, lives in Berlin. Nacht und Nebel/Night and Fog was shown amongst others at the Biennale 2011 in Venice and at Istanbul Biennale 2011.
www.kunsthallewien.at