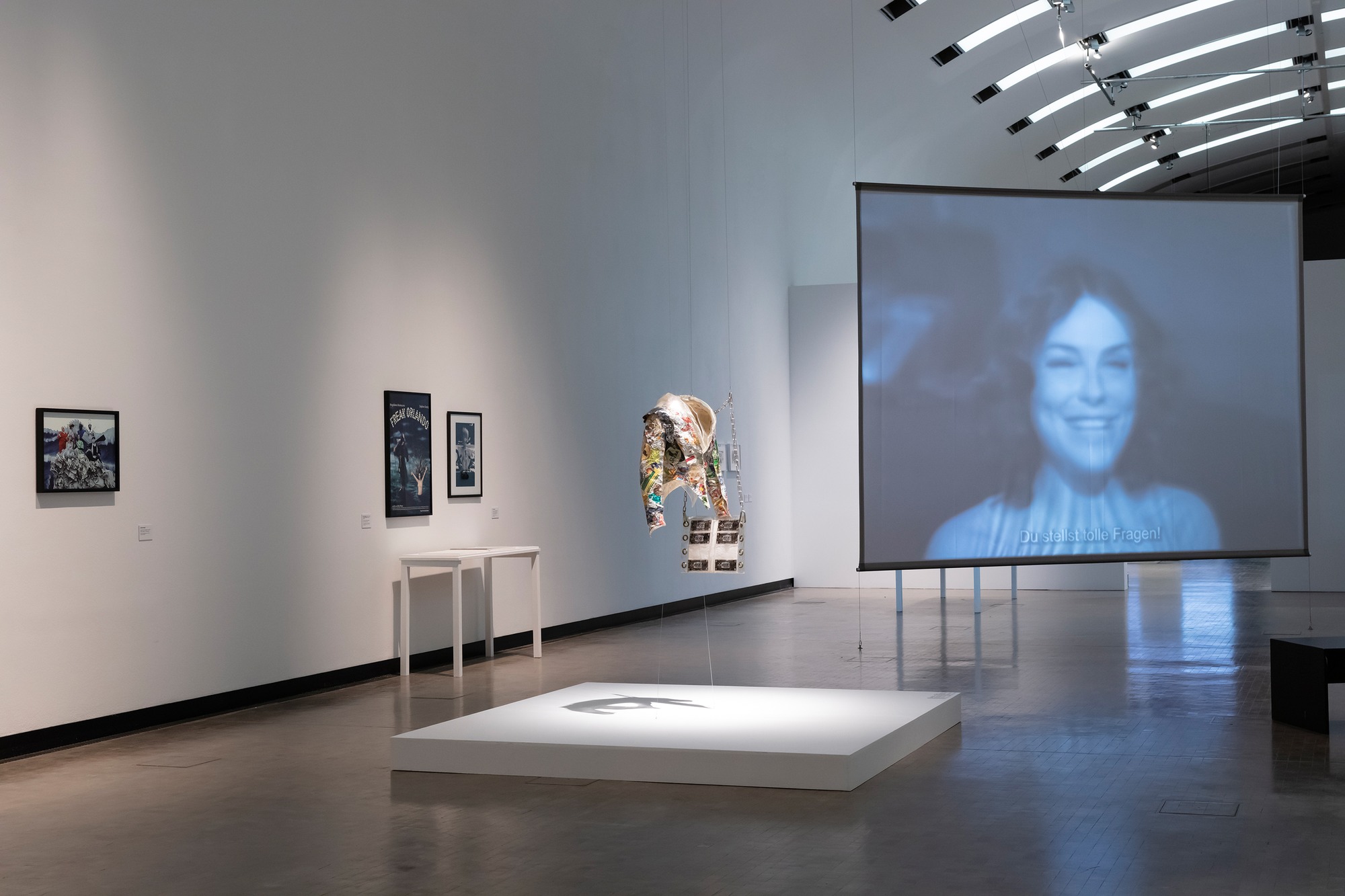 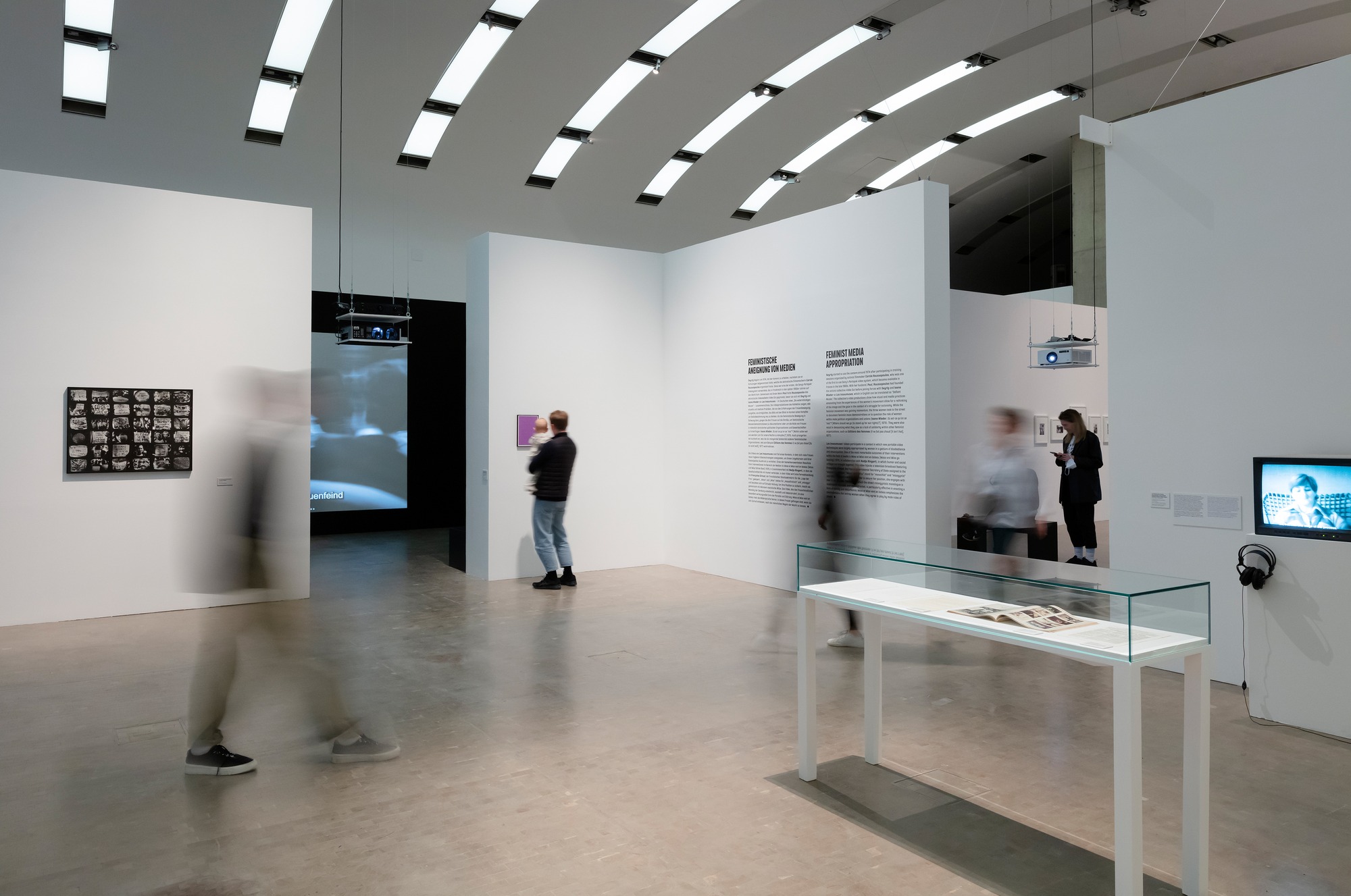 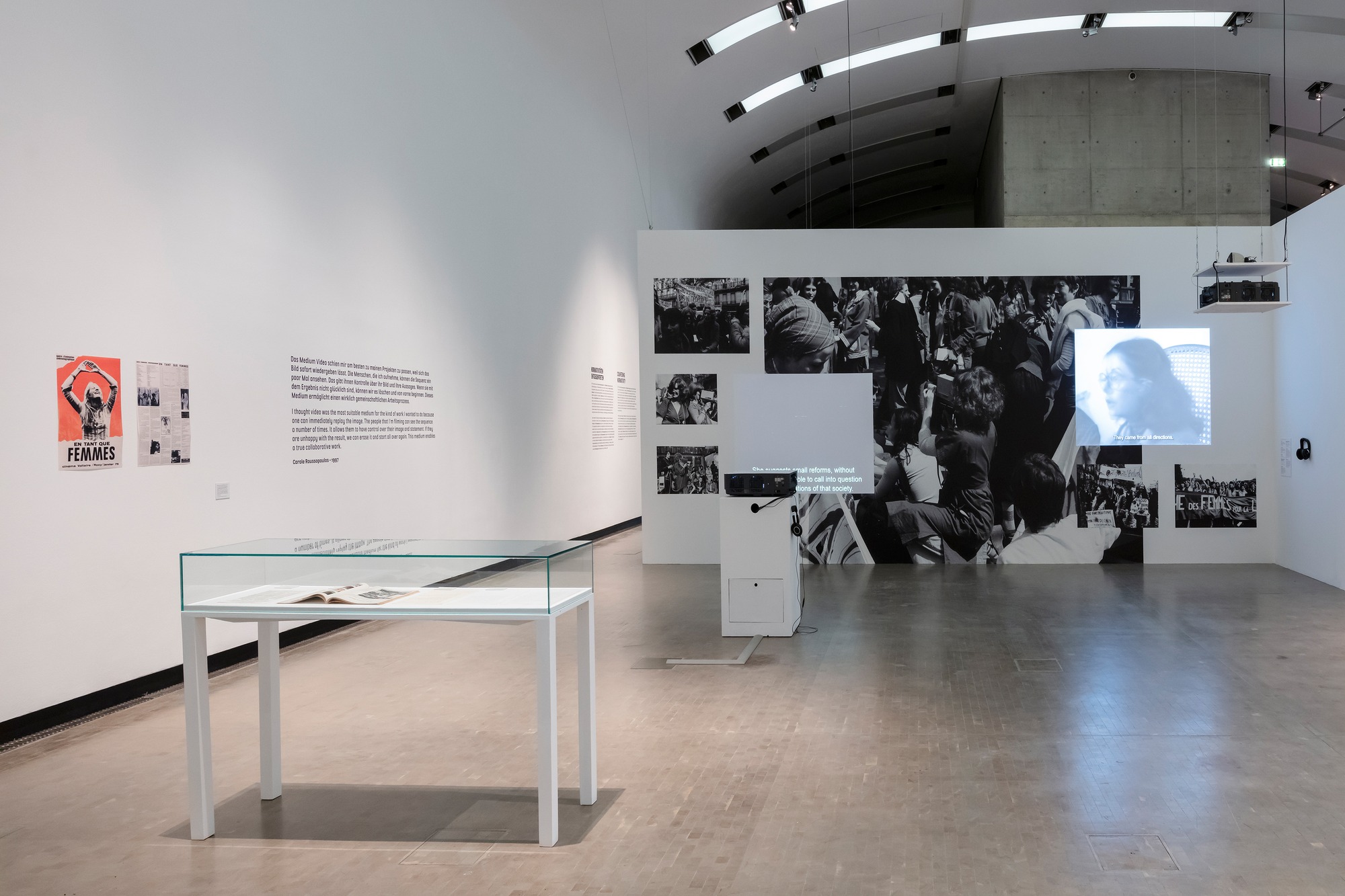 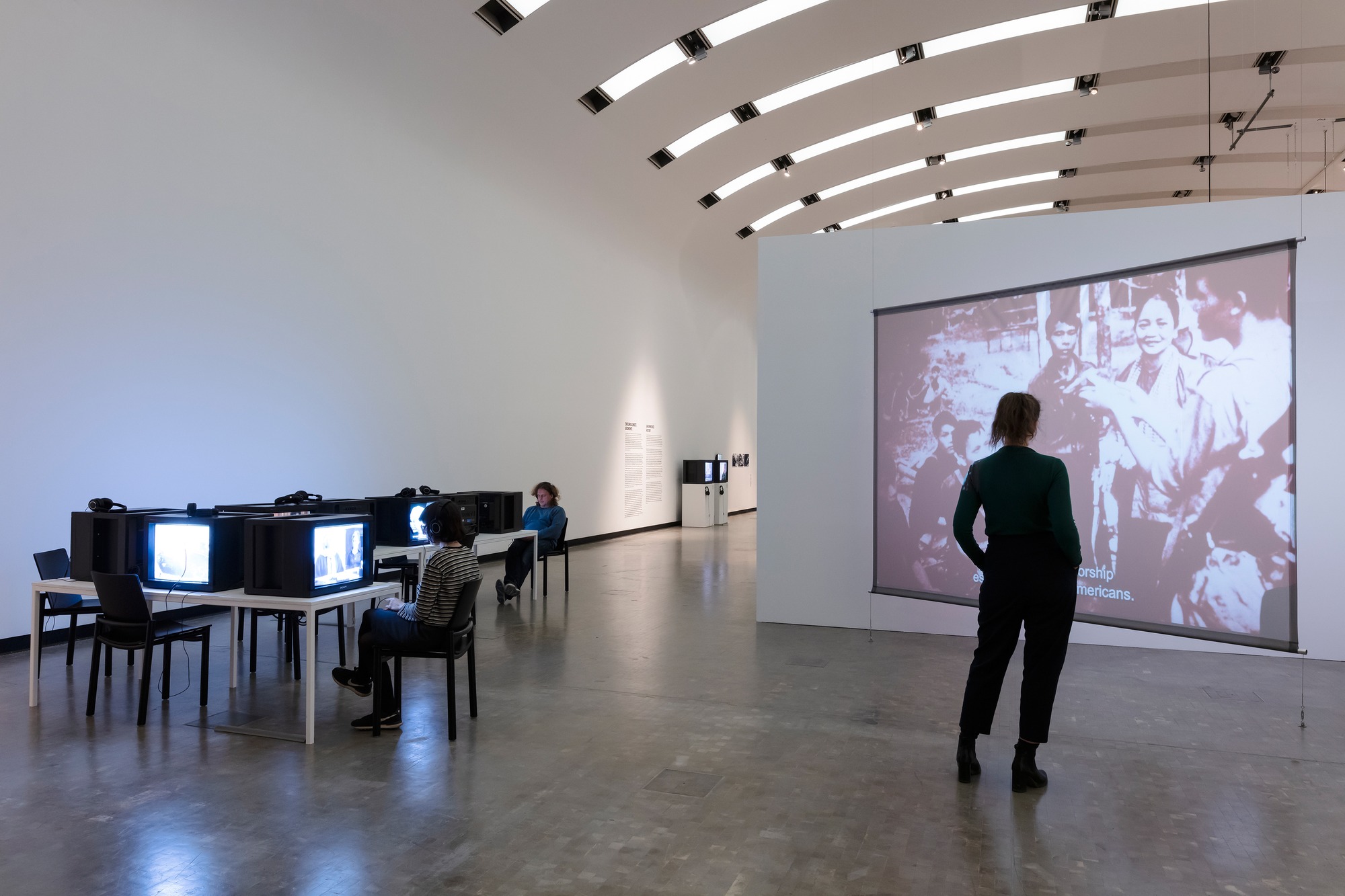 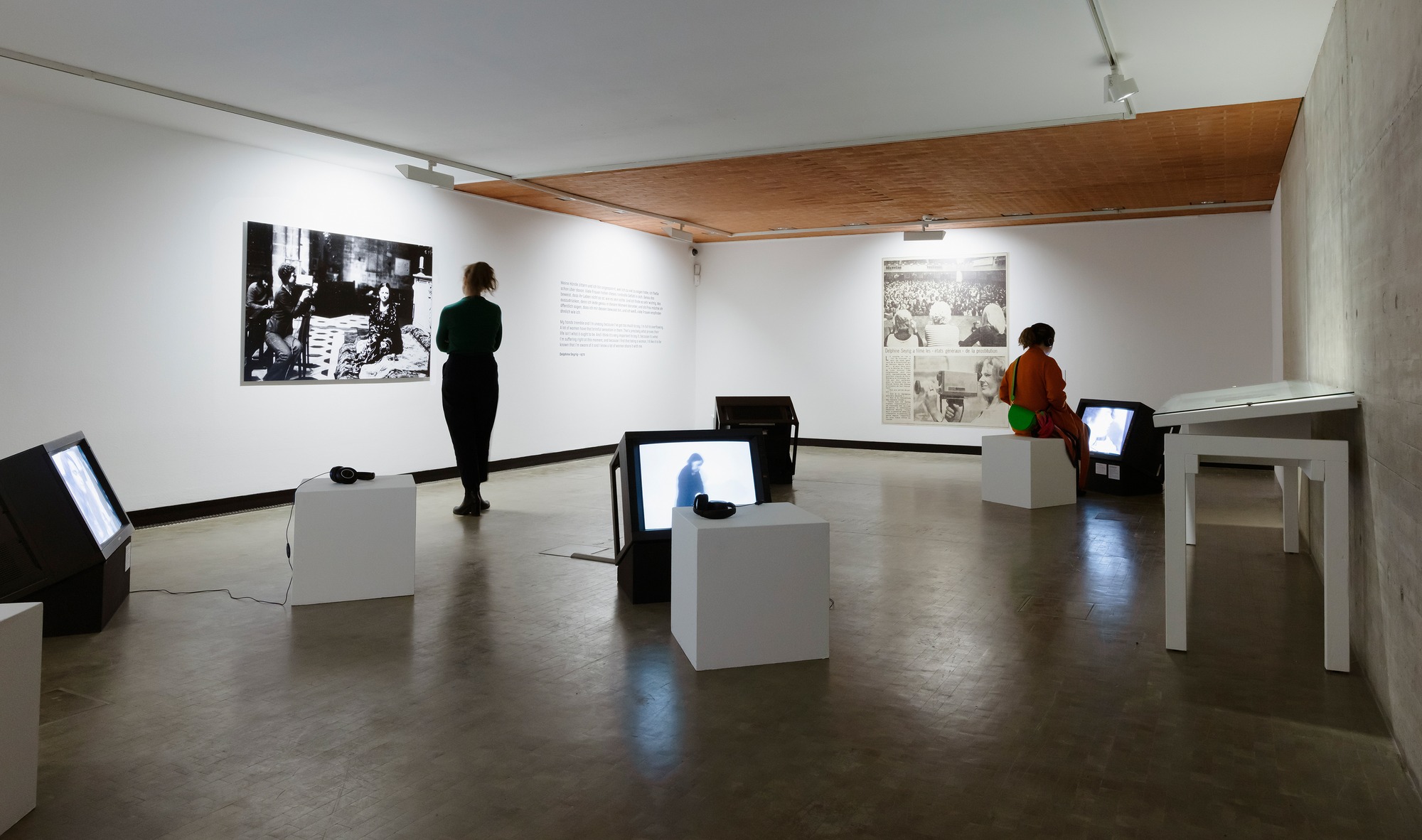 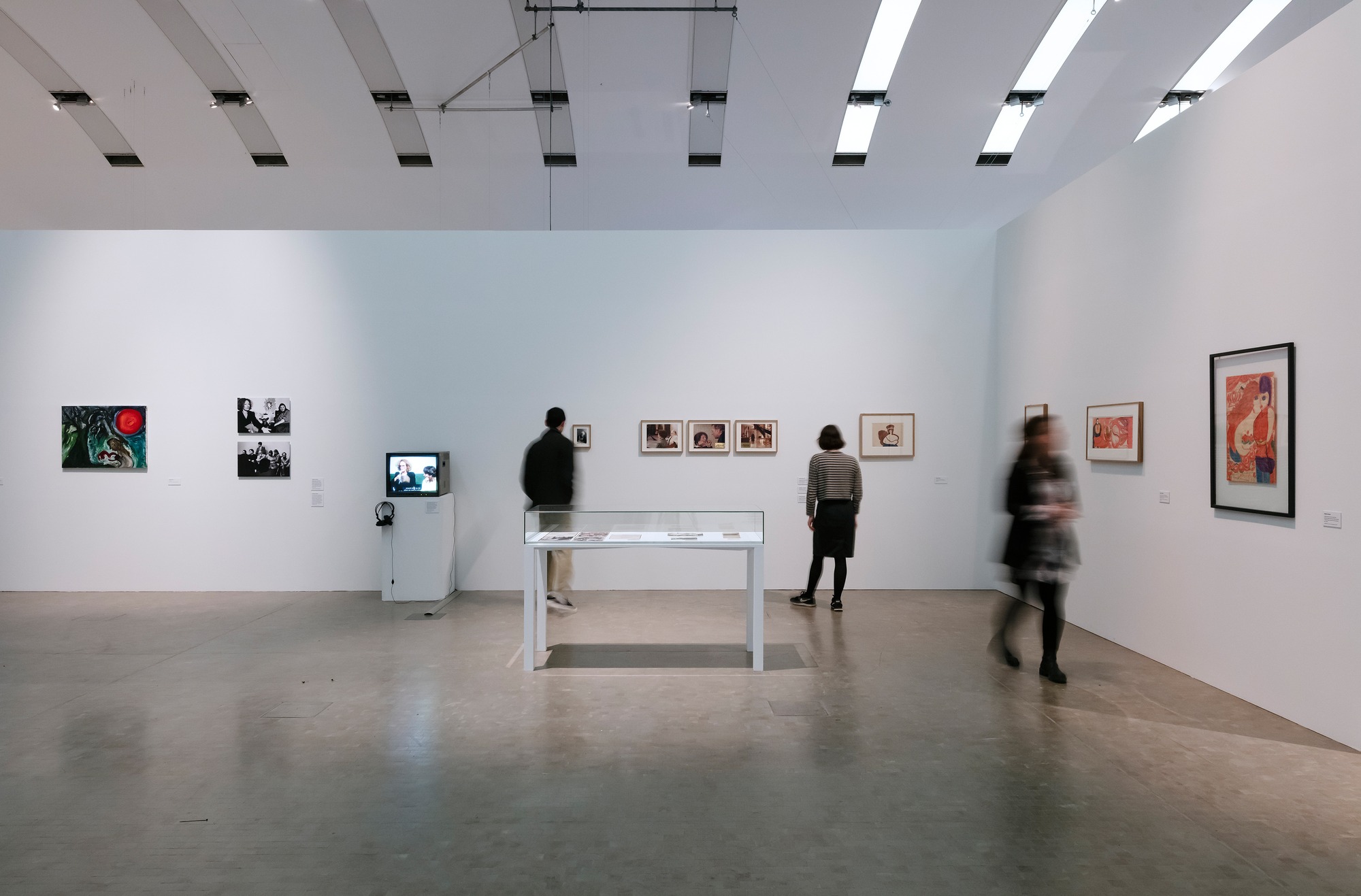 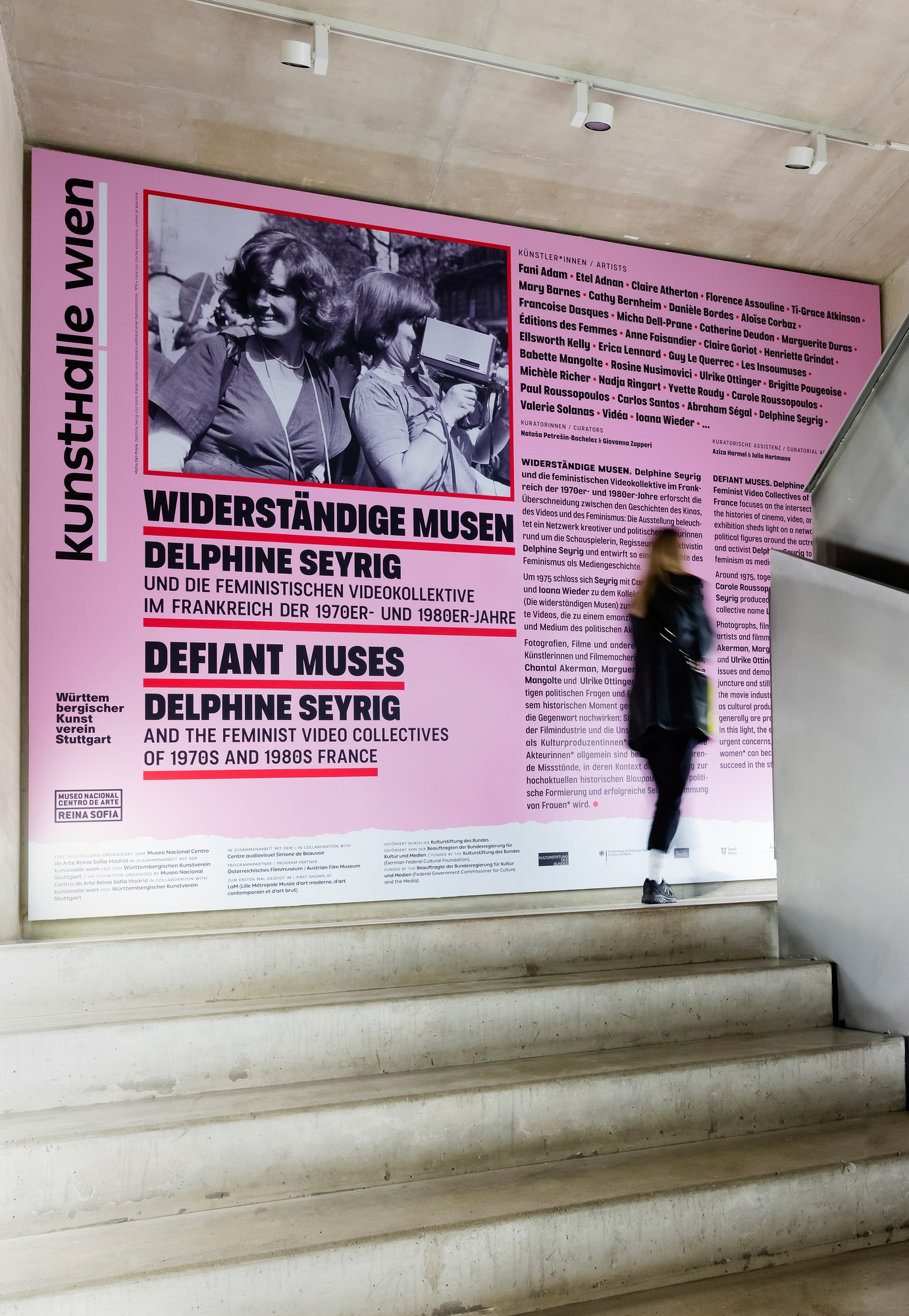 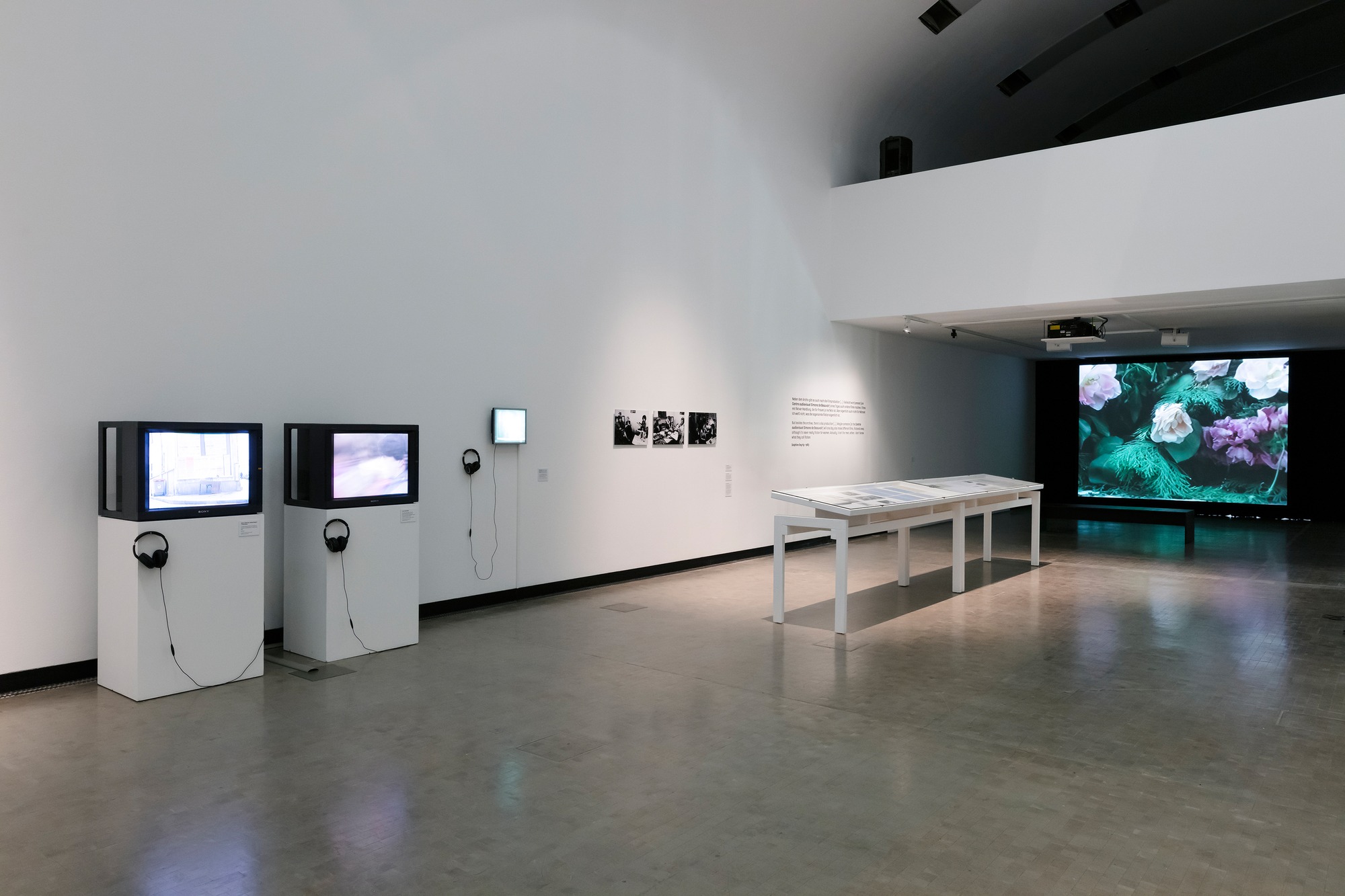 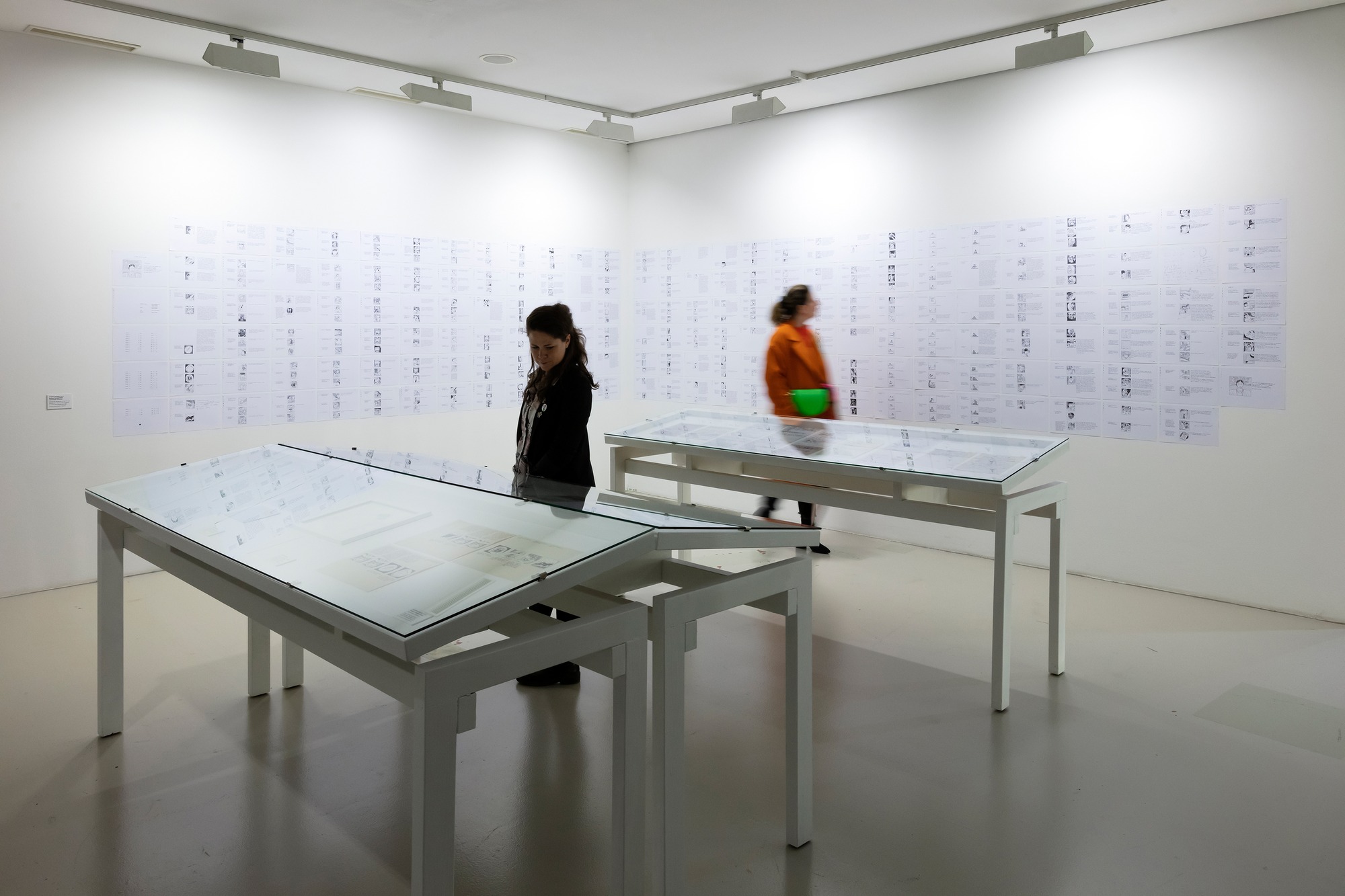 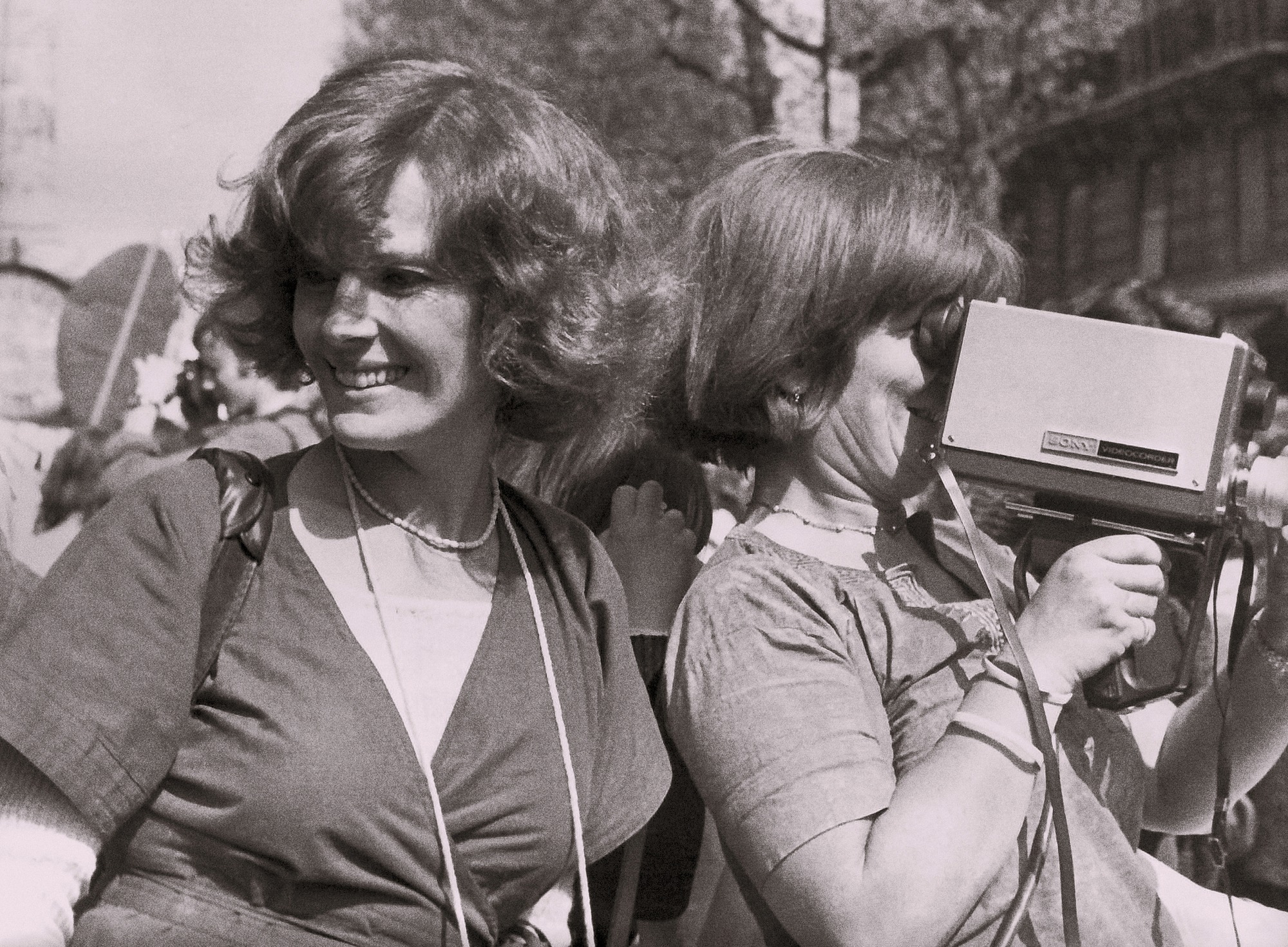 Defiant Muses. Delphine Seyrig and the Feminist Video Collectives of 1970s and 1980s France focuses on the intersection between the histories of cinema, video, and feminism: the exhibition sheds light on a network of creators and political figures around the actress, videomaker, and activist Delphine Seyrig to sketch a history of feminism as media history.
Delphine Seyrig (1932–1990) is best known for the roles she played in French auteur cinema, most notably in Alain Resnais’ L’année dernière à Marienbad [Last Year at Marienbad] (1961), where she became the symbol of an idealized and sophisticated femininity. But “acting” was not merely a profession for Seyrig: during the 1970s, she became engaged in various collaborations within the framework of the feminist movement. At the same time, working with women filmmakers such as Chantal Akerman, Marguerite Duras or Ulrike Ottinger allowed her to explore a variety of female roles and to undo her own image as a diva.

Around 1975, together with activist video maker Carole Roussopoulos and translator Ioana Wieder, she produced a series of videos under the collective name Les Insoumuses (Defiant Muses). In their tapes, such as Sois belle et tais-toi! [Be Pretty and Shut Up!] (1976), SCUM Manifesto (1976), and Maso et Miso vont en bateau [Maso and Miso go boating] (1976), video became an emancipatory tool and an agent of political activism. In 1982, the three women established the Centre audiovisuel Simone de Beauvoir in Paris, thus providing an unprecedented audiovisual archive of the feminist struggles of the time, in and beyond France, which include the fight for legal abortion, against torture and the Vietnam War, for the rights of sex workers and political prisoners, and the involvement in the anti-psychiatry movement.

Focusing on the emergence of video collectives in the 1970s, the exhibition proposes to reconsider the history of the feminist movement in France through a set of media practices and looks at a network of creative alliances that emerged in a time of political turmoil. Seyrig as well as actress and friend Jane Fonda, cinematographer and filmmaker Babette Mangolte, poet and painter Etel Adnan, artist, author and activist Kate Millett, or writer and philosopher Simone de Beauvoir appear as knitting nodes of a wider, plural, transnational fabric. Videos, artworks, photographs, archival documents, and films are associated within sections that convey the multiple political concerns that the feminist movement was raising at this precise historical moment, which resonate with a set of problems concerning art and politics today, as feminists keep on building alliances, rise against the film industry’s structural sexism, and challenge normative gender roles. Seyrig’s troubled positions in-between aesthetics (cinema, video) and work (profession, industry) are marked by a continuum between the actress and the activist thus reminding of the ongoing significance of the 1970s feminist slogan: “the personal is political.”
Detailed information on the different sections of the exhibition as well as an introduction by the curators can be found in the comprehensive exhibition guide.

Nataša Petrešin-Bachelez is an independent curator, editor and writer. She has curated numerous exhibitions worldwide such as Contour Biennale 9: Coltan as Cotton (2019, Mechelen); Let’s Talk about the Weather (2016–2018, Beirut and Guangzhou); Resilience. U3Triennial of Contemporary Art (2013, Ljubljana). She was chief editor of L’Internationale Online and of the Manifesta Journal and currently holds the position at Versopolis Review. Petrešin-Bachelez is cofounder of the Initiative for practices and visions of radical care and, in 2021, got appointed as the Head of Cultural Programme at Cité Internationale Des Arts Paris.