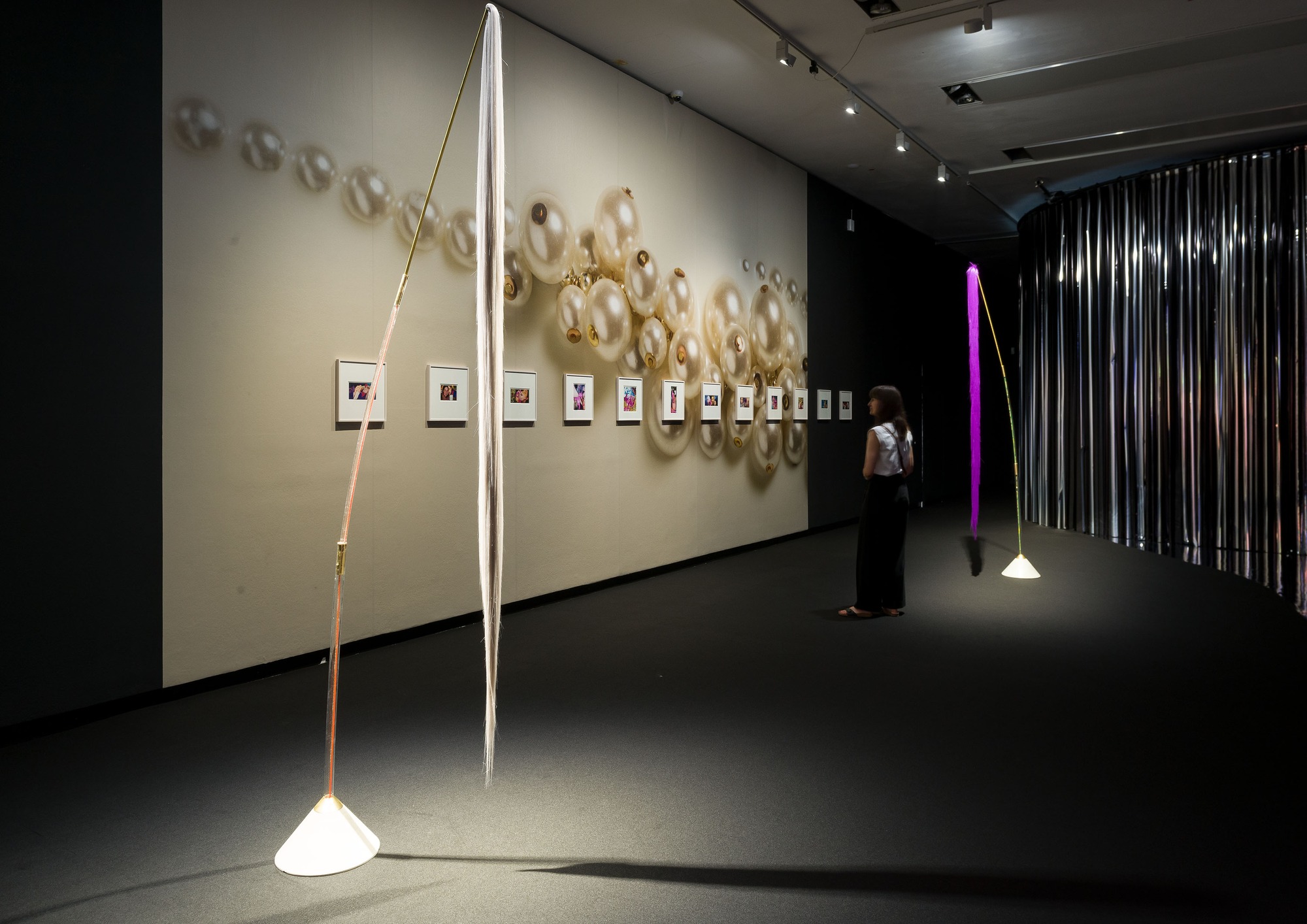 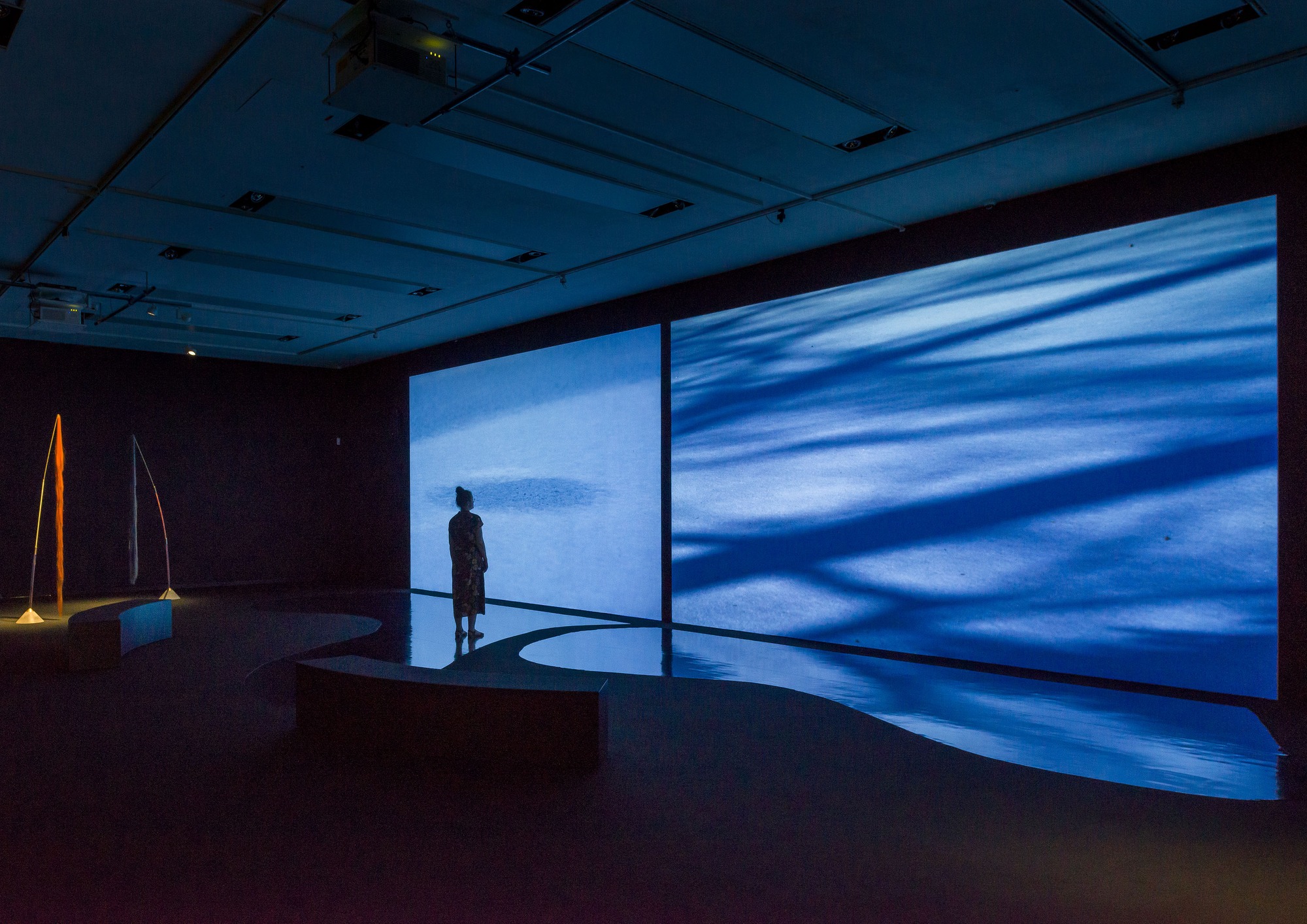 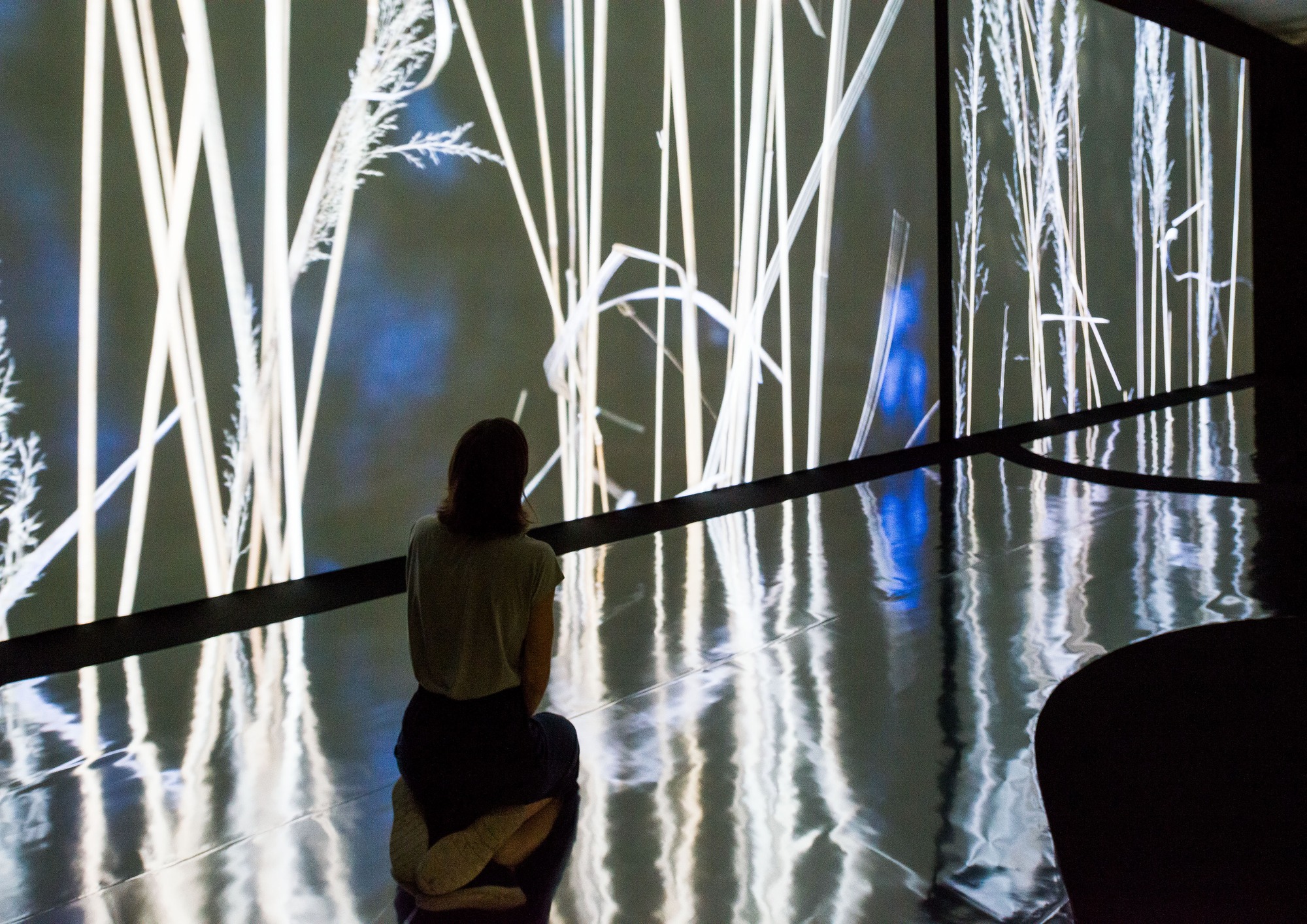 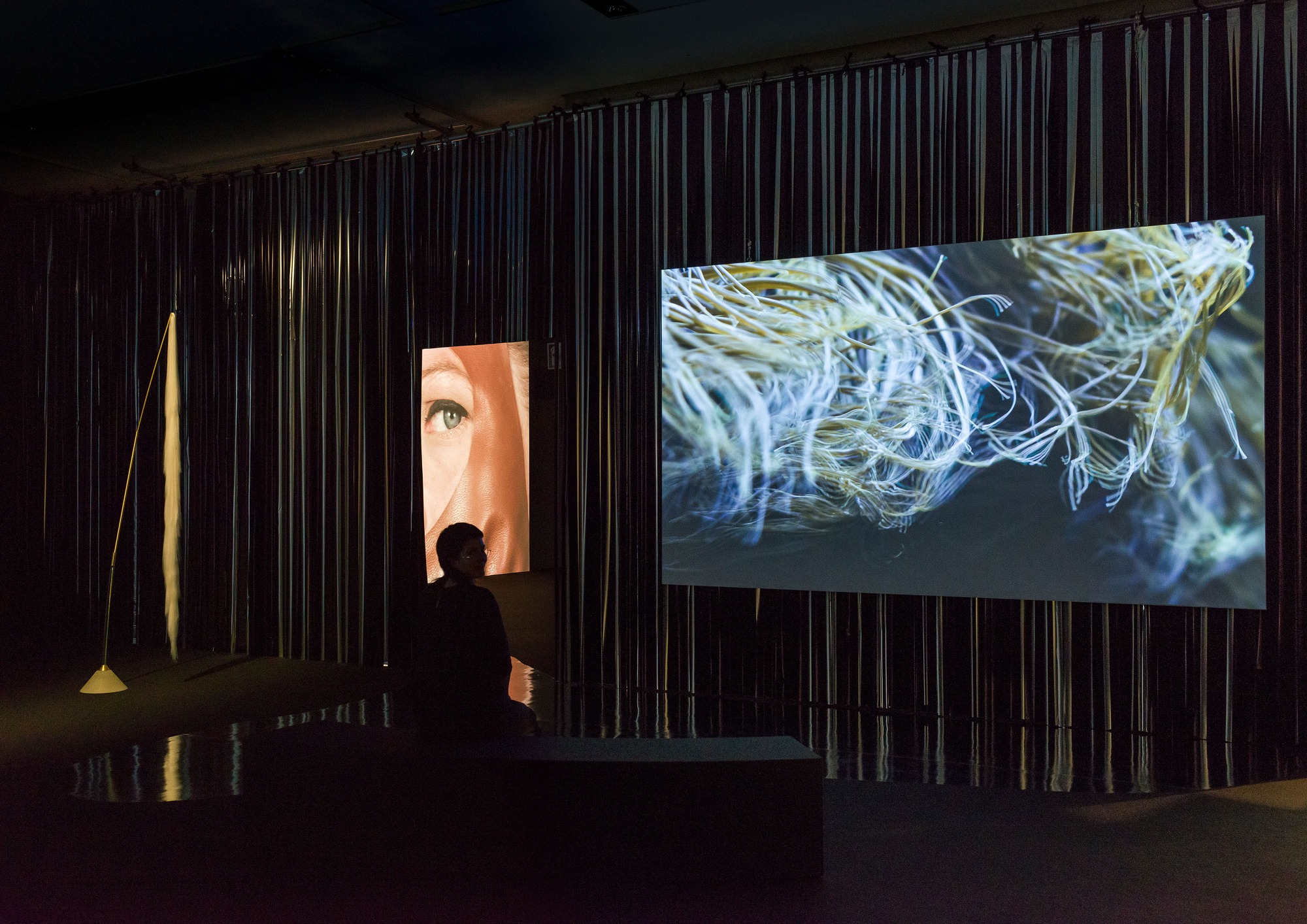 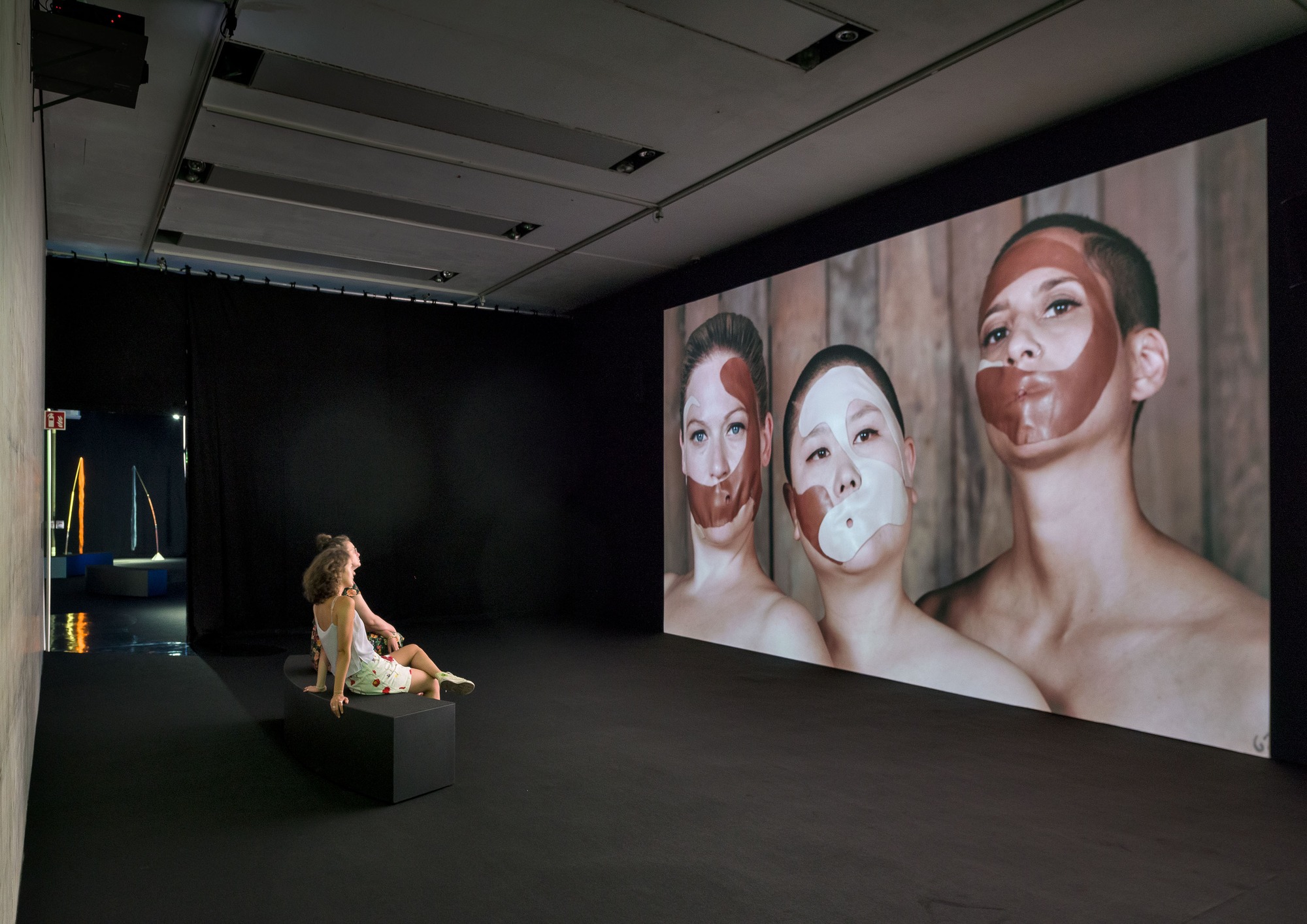 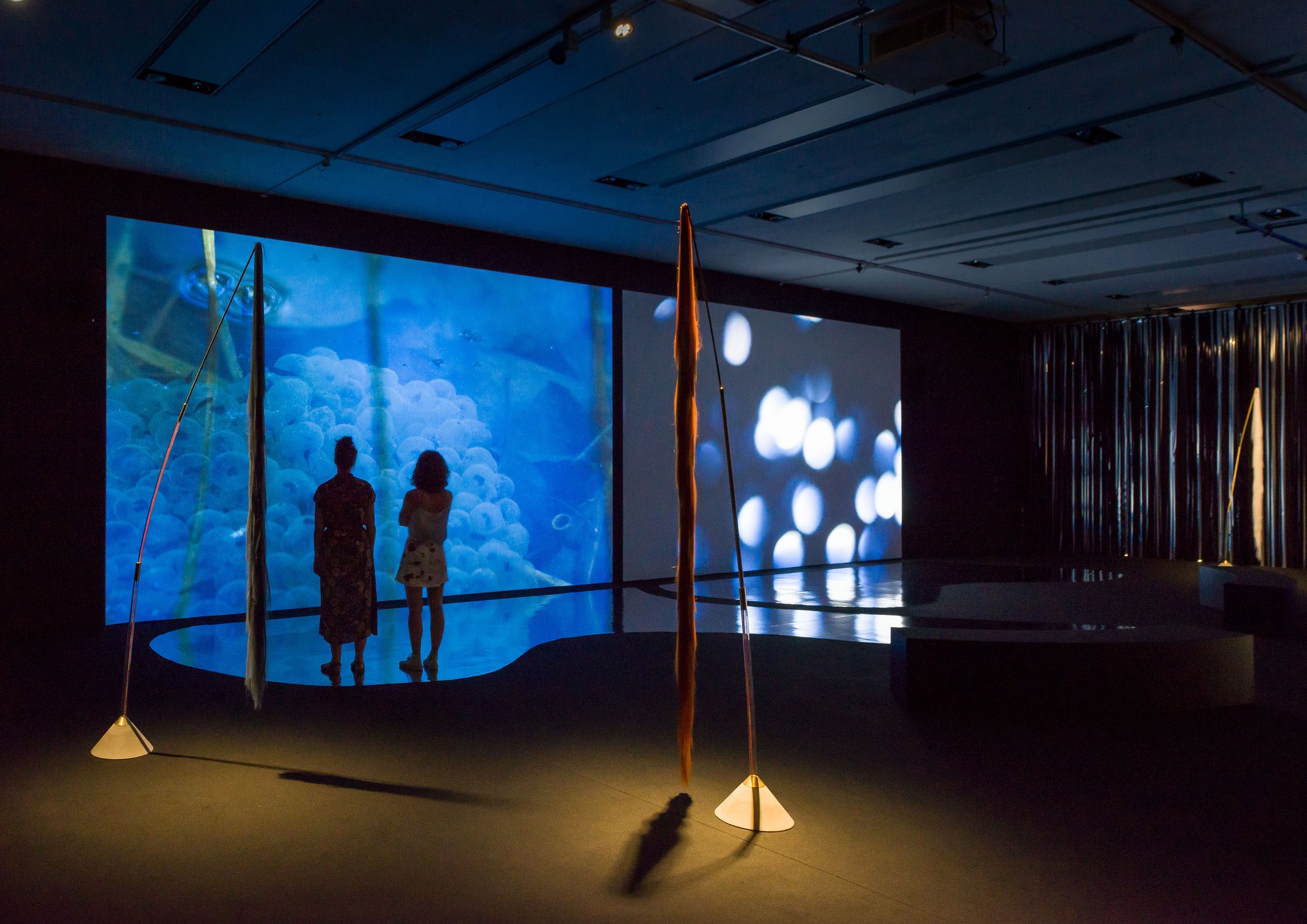 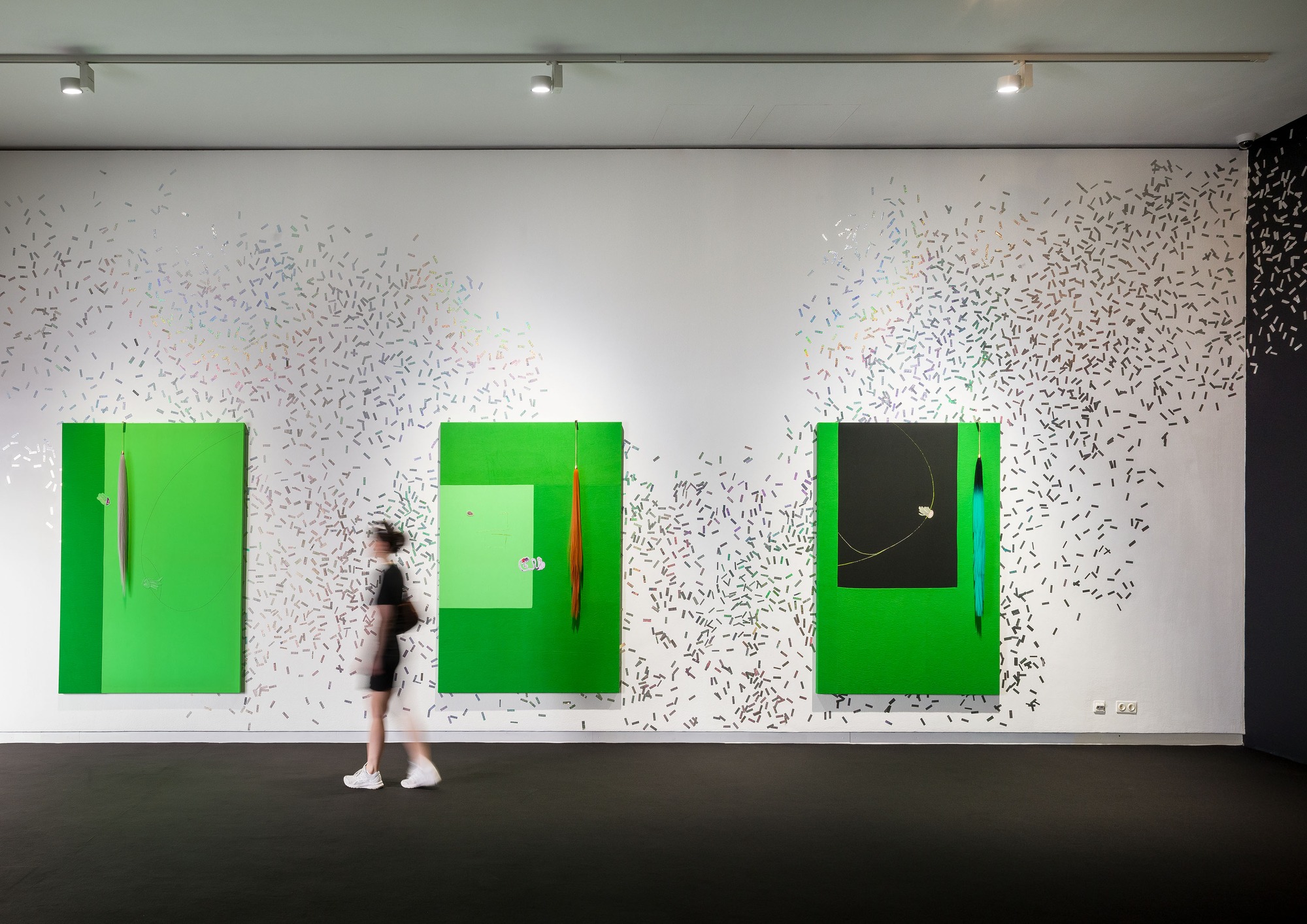 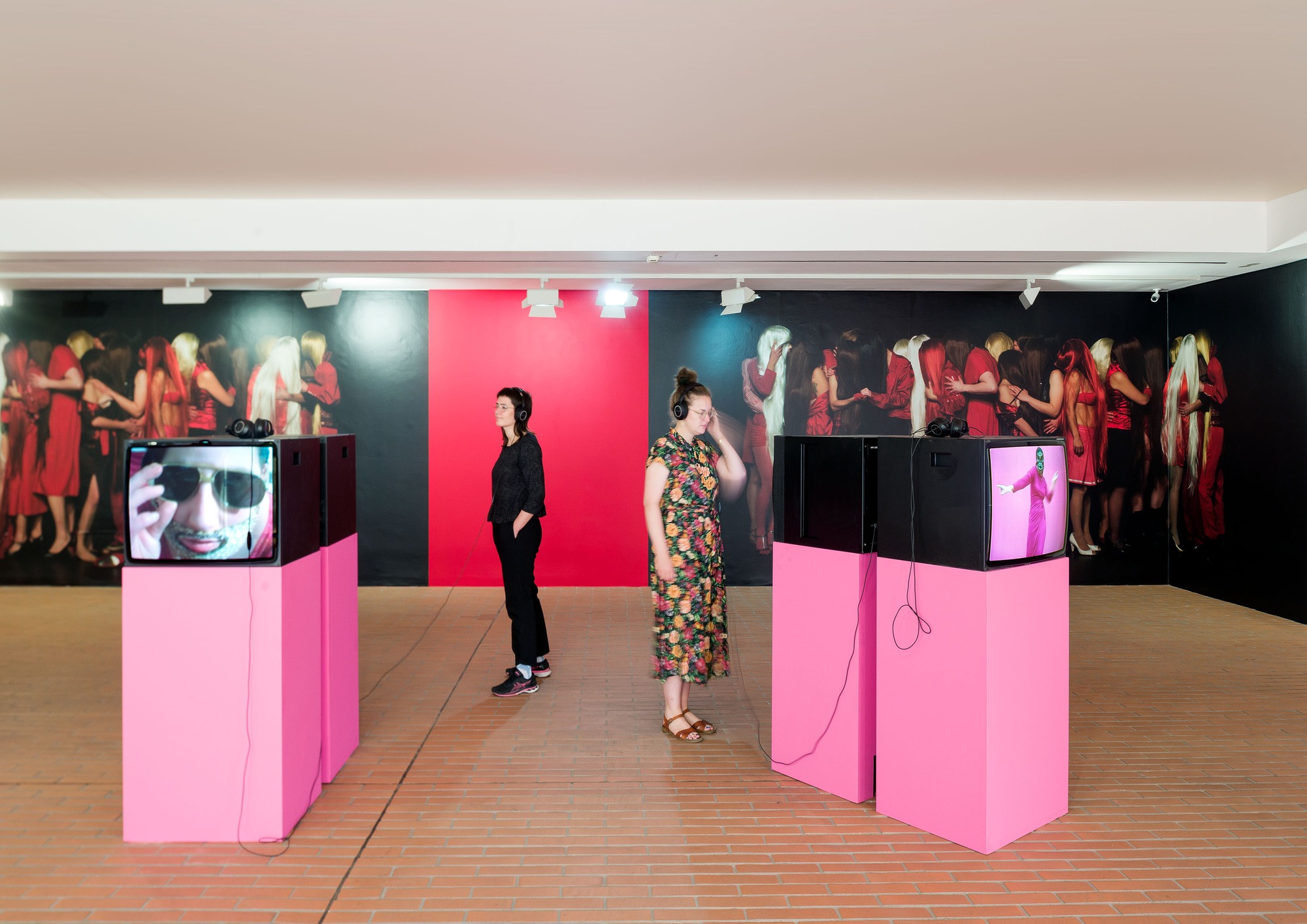 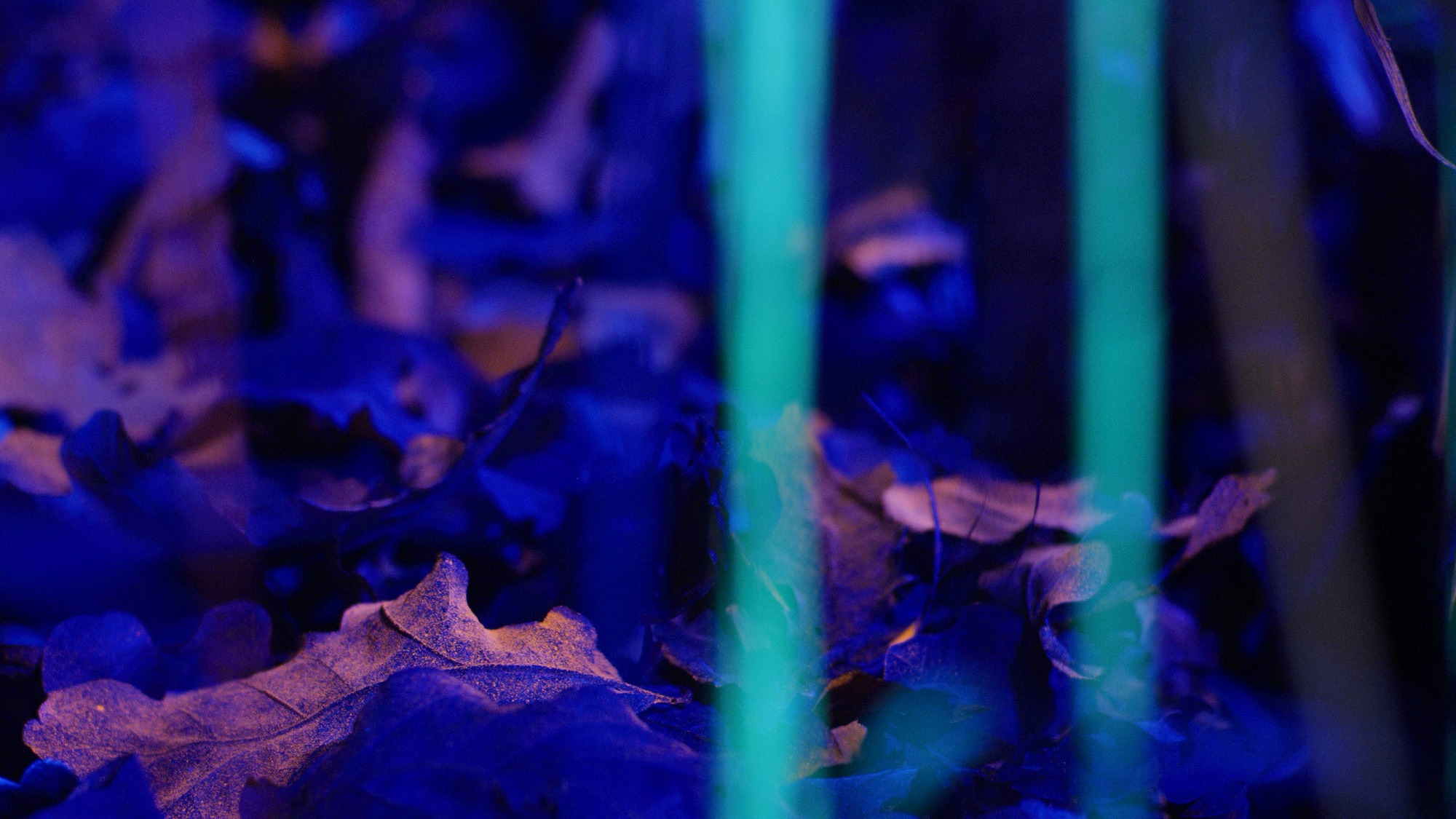 BURN & GLOOM! GLOW & MOON! Thousand Years of Troubled Genders is the most comprehensive exhibition to date of Vienna-based artist and filmmaker Katrina Daschner. The exhibition, carefully put together by guest curator Övül Ö. Durmuşoğlu, encompasses works from the 1990s to the present.

Daschner works with various closely interrelated media, ranging from sculpture, textile, music, performance, community-based work, and, most prominently, film, which sits at the heart of BURN & GLOOM! GLOW & MOON!, as does collaboration, an integral and long-standing focus of her practice.

Daschner is part of a hardworking generation of artists and makers who have been responding to the major conceptual shifts and gender upheavals happening in contemporary art since the 1990s, especially in New York and London. Her chosen home of Vienna may have been slow to respond to these performative new awakenings, but she and her friends felt their pull after graduating—in Daschner’s case, from Angewandte. In 2001, Daschner, together with Johanna Kirsch and Stefanie Seibold, founded the performance space Salon Lady Chutney in a former Viennese hair salon. The Salon, which was always overcrowded and always meant to be temporary, offered a space for performance at a time when discussions around topics such as art or gender hadn’t yet reached the Viennese academies, and when there were no (public) institutions dedicated to performance art in the city. WHW, kunsthalle wien’s artistic directors: “Engaging with Katrina Daschner’s work allows us a glimpse into where and how Viennese queer study—in the sense of learning together and producing knowledge outside of traditional academic avenues—took and takes place. Her show falls in line with an ongoing questioning at kunsthalle wien: What are the different legacies of queer-feminist communities and histories that remain hidden and unarchived, locally and beyond? How can intersecting generations of feminists be brought into dialogue, both to collaborate and to challenge each other?” WHW continue: “With BURN & GLOOM! GLOW & MOON! we are again presenting an outstanding local community-based practice at kunsthalle wien. Katrina Daschner’s focus on collaborative work, which allows works to emerge from the community and also reflects this process of creation, is an impressive addition to the program developed at the kunsthalle wien.”

Daschner’s work has tirelessly challenged patriarchal mores and their everyday norms in Western society. Through various proposals of corporeal fluidity, she scripts and enacts her works herself and with the help of Vienna’s queer community. Since starting her film work, she has continued to work with the same team and protagonists, strengthening queer kinship. All of these eyes, bodies, and minds involved in her films enrich their dreamscape.

With stylized performances and video works, Daschner plays with the boundaries of human and non-human, and what is socially defined as the norm, exposing the artificiality of the gendered binary—the dualism of men* and womxn—and the prejudices it generates, freeing the body. In doing so, the stage becomes the setting for a precarious desire for visibility and, at the same time, an endless yearning for rebirth. The bodies that perform and the potential audience that follows them mutate and embody different emotional cycles again and again. These artistic acts function like threads attaching her stories, stages, and characters together. In Daschner’s textile-based works, threads are minimal yet highly visible, akin to the pinch needed to wake up from a dream. These works—as well as her collages— merge with her confronting yet inviting image politics: she cuts and pastes stories of love and pleasure, violence and resilience, death and rebirth.

Threading, circling, and wandering are the strategies through which the exhibition moves, enacting new connections among Daschner’s works. In response to her dreamy settings, certain powerful components of films and performances become evocative installations themselves and touch each other in a new way. In addition, new textile collages and sculptures wrap themselves around a core of filmic work, including TANZ2000 [DANCE2000] (2000) and her latest film Golden Shadow (2022). A unique and sensuous journey takes place among these threads, its glamorous and dark moments melting into each other not only for those who meet Daschner’s practice for the first time, but also for those who have been part of its making. BURN & GLOOM! GLOW & MOON! thus creates an immersive environment of senses, textures, and feelings. It is a setting in which the monuments of white patriarchal heteronormativity are dismantled stone-by-stone with pain and joy.

Katrina Daschner grew up in Hamburg. She has lived and worked as an artist and filmmaker in Vienna for more than 25 years, where she founded numerous performance salons. Most recently, she hosted the queer CLUB BURLESQUE BRUTAL (2009–2014) in brut Wien.

In her works, which she presents at international exhibitions and film festivals, Katrina Daschner deals with (gender-specific) power structures and the representation of queer sexuality as well as the transfer of stage language to the exhibition and film context.

From 2005 to 2010, Katrina Daschner taught at the Academy of Fine Arts Vienna. In 2010, she was awarded the Otto Mauer Prize. In 2016, she received the first prize in the screenplay competition IF SHE CAN SEE IT, SHE CAN BE IT and the Diagonale Prize for Innovative Cinema in 2017. In 2018, she was awarded the Outstanding Artist Award for Experimental Film from the Federal Chancellery of Austria. From 2017 to 2019, she was a member of the theory curatorial team at Tanzquartier Wien.

Övül Ö. Durmuşoğlu is a curator, writer and educator living in Berlin. Her work across various geographies centers on counter-narratives of civilization and histories of intersecting contemporary political subjectivities from feminist queer perspective. Övül Ö. Durmuşoğlu was part of steirischer herbst curatorial team in 2018; curated programmes for the 10th, 13th and 14th editions of the Istanbul Biennale and coordinated many events for dOCUMENTA 13’s public program among others.

She curated Stars Are Closer and Clouds Are Nutritious Under Golden Trees in the MMAG Foundation of Amman, realized Soft Solidarity Assembly with Galerie Wedding and co-initiated Die Balkone, a series of exhibitions, together with Joanna Warsza in Berlin. Övül Ö. Durmuşoğlu is currently a visiting professor at the Berlin University of the Arts’ ransdisciplinary Graduate School program and will be the professor for Art in Theory at Braunschweig University of Art together with Ana Teixeira Pinto from October 2022. She has recently curated the first monographic exhibition of the Berlin-based duo Pauline Boudry / Renate Lorenz in Spain for CA2M Madrid including an extensive publication.
www.kunsthallewien.at