New Ways Of Doing Nothing 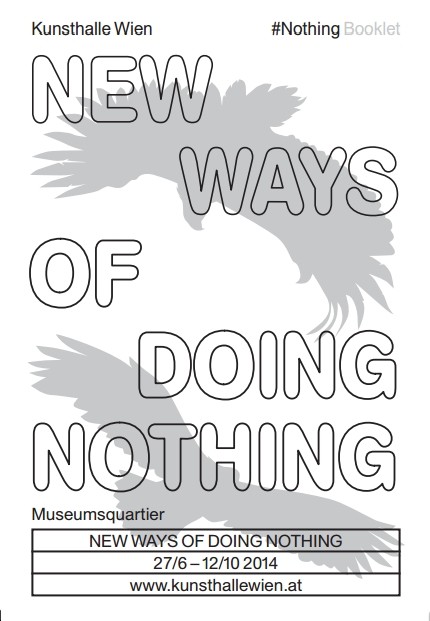 Productivity and growth are the philosophical premises of the present day. Working processes are being optimized to increase efficiency, working hours are being deregulated until the distinction between work and leisure time disappears. Artistic work seems to follow other criteria, but in this field too professionalization and self-optimization are on the rise. But what would happen if ‘doing nothing’ or ‘inaction’ were to become a source of inspiration for a refusal to produce?

New Ways of Doing Nothing devotes itself to a form of artistic production that opposes activity, doing and manufacturing and instead gives an affirmative slant to forms of doing nothing, of refraining or a tautology. Here, refraining from something not only leads to a critical moment but also a creative one.