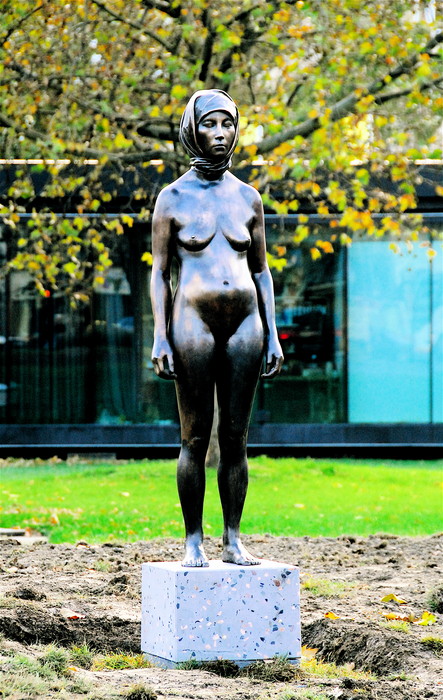 In his bronze sculpture “Turkish Delights”, which depicts a nude woman with an Islamic veil, the German sculptor Olaf Metzel raises the question of the precarious relationship between Orient and Occident. A female body represented as an artwork becomes a focal point for controversial discourses and immanent contradictions: the work deals with the “male gaze”, which degenerates the woman to an object while developing varying degrees of penetrating efficacy depending on social context and worldview. Olaf Metzel also seeks to draw attention to the commercial exploitation of the feminine body in Western media-driven mass society. The consciously orchestrated sexualization of the gaze practiced by product marketers has nothing to do with Eros and passion, but rather serves to sexualize merchandise, thus subjugating desire to the profane project of capital accumulation, which merely simulates and thus debases the “invocation of the Other” (Emmanuel Levinas) through the language of passion.