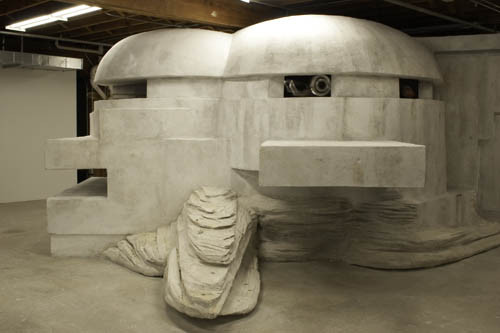 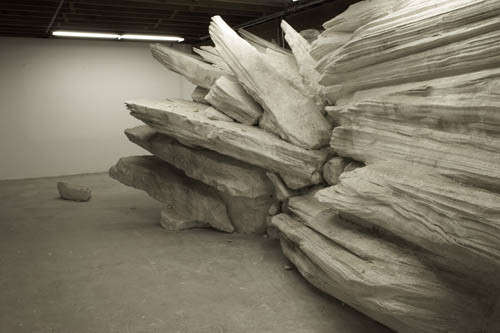 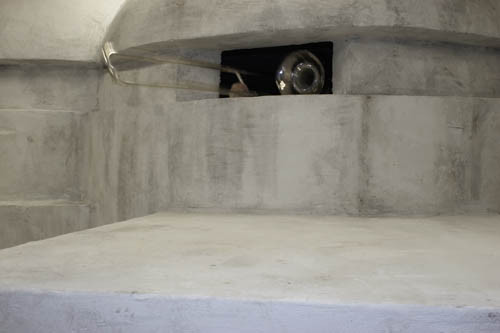 The work of the artist duo Jennifer Allora (born 1974 in Philadelphia) and Guillermo Calzadilla (born 1972 in Havana) encompasses the media of sculpture, film and installation. They are very often active outside of any institutional context and create public situations that promote communication, even interaction, with the public. At the same time and in a critical and playful way, they succeed in making their conceptual work subtly and politically effective, yet without lapsing into heavy-handed actionism. In 2000 for the first time, Allora & Calzadilla could be seen in a large international context within the framework of the Havana Biennial. This was followed by participations at the Tate Modern, London in 2003, the 51st Venice Biennale and the Palais de Tokyo, Paris in 2005, while in 2007 the Renaissance Society in Chicago presented the artist couple with their installation Wake Up. They were represented at The Moore Space, Miami in 2006 and in this year at the Serpentine Gallery, London with their installation Clamor.

In their present first comprehensive institutional solo exhibition at the Kunsthalle Zurich, Wake Up and Clamor will be shown along with objects and films, making a representative insight into the work of both artists possible. At the same time the exhibition is thematically held together by its choice of works that very intensively take up the interplay between militarism and war and the significance of music in this context.

The video Returning a Sound (2003) was made in Vieques, Puerto Rico, an island used for the past 60 years by the U.S. Military and NATO forces to practice military bombing exercises. The local civil disobedience movement along with an international network of support led in May of 2002 to the stopping of the bombing and the removal of the US Military forces from the island. The video addresses not only the landscape of Vieques, but also its soundscape, which for residents of the island remains marked by the memory of the sonic violence of the bombing. It follows Homar, a civil disobedient and activist, as he traverses the demilitarized island on a moped that has a trumpet welded to the muffler. The noise-reducing device is diverted from its original purpose and instead produces a resounding call to attention. It becomes a counter-instrument whose emissions follow not from a preconcieved score, but from the jolts of the road and the discontinuous acceleration of the bike’s engine as Homar acoustically reterritorializes areas of the island formerly exposed to ear-splitting detonations. Returning a Sound at once celebrates a victory and registers its precariousness, calling for an unheard-of vigilance.

Unrealizable Goals (2007) a new video work made in Kitakyushu Japan, considers the apparent contradiction of Japan’s right to political sovereignty while maintaining its pacifist constitution. Inspired by the current debates surrounding the potential amendment of the United States authored “No War” clause that if passed would reopen the possibility of becoming an armed state, the video excavates the country’s nationalistic music from the Second World War and places it within the context of the sleepy post-industrial town of Kitakyushu, the original target selected by U.S. Military strategists as “Ground Zero” for the second atomic bomb.

Clamor (2006) considers the relationship between sound, music, and the architectural typologies of war and its aftermath. A large sculptural hybrid chamber resembling a bunker, a ruin, a cave, and a sound booth, is the locus of a live performance event as well as a musical archive, staging a confrontation of this form of sonic expression back to earliest of military encounters. For the live performances Video (QuickTime 1.2 MB) , musicians playing various war songs from different geographical territories and historical periods confront each other creating a monstrous montage of war music, somewhere between a symphony and cacophony. During the remainder of the exhibition the artists have created a pre-recorded 40-minute soundtrack to the wars of present and past. Sampling music from the Janissary bands of the Ottoman Empire, the resistance hymns of the Viet Cong, the revolutionary ballads of the October Revolution, to contemporary popular music such as the theme song of Barney, “I love you, you love me” used as a instrument of torture in Guantanamo Bay or Twisted Sister’s “We’re not gonna take it” used by American forces during the Panama invasion in 1989, Clamor stages a musical, bodily and corporeal investigation into the nature of these songs in the context of today’s global state of war.

Among other works featured in the exhibition include, Wake Up (2007), commissioned by the Renaissance Society in Chicago, in which the artists asked 10 leading trumpet players from across the world – including Franz Hautzinger, Natsuki Tamura, Brigit Ulher, and Mazen Kerbaj, among others – to radically reinterpret “Reveille”, opening up the military call to new meanings and associations. Their compositions are incorporated into a sound and light installation of partition walls that divide the spaces of the Kunsthalle, that re-frame the parameters of site-specifity, art’s autonomy and the complex reality of life outside the gallery. Together the works presented in this exhibition explore the possibilities of music, images, and forms to critically unhinge the seemingly ossified links between these subjects while considering the possibility of their own freedom.
www.kunsthallezurich.ch