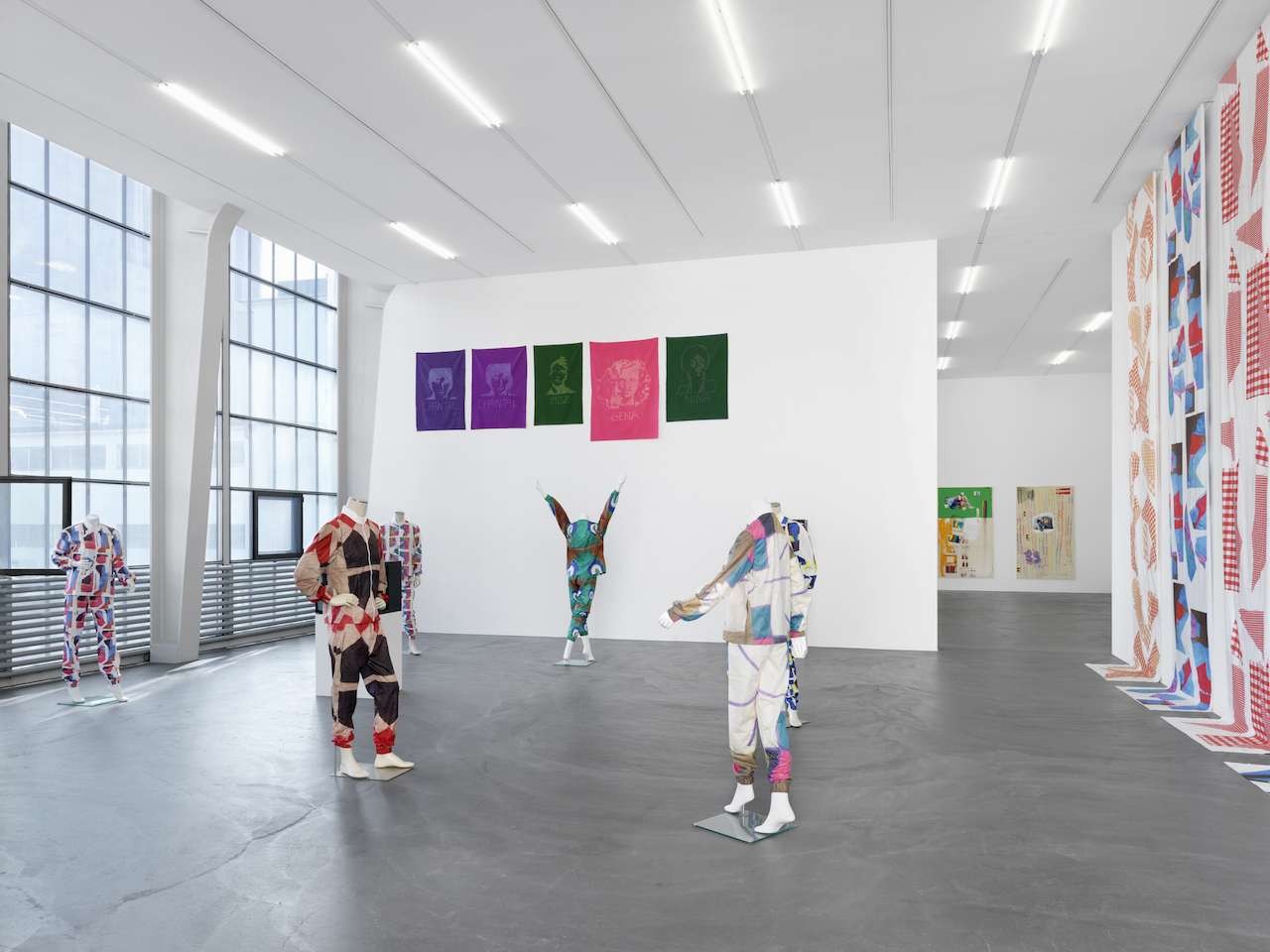 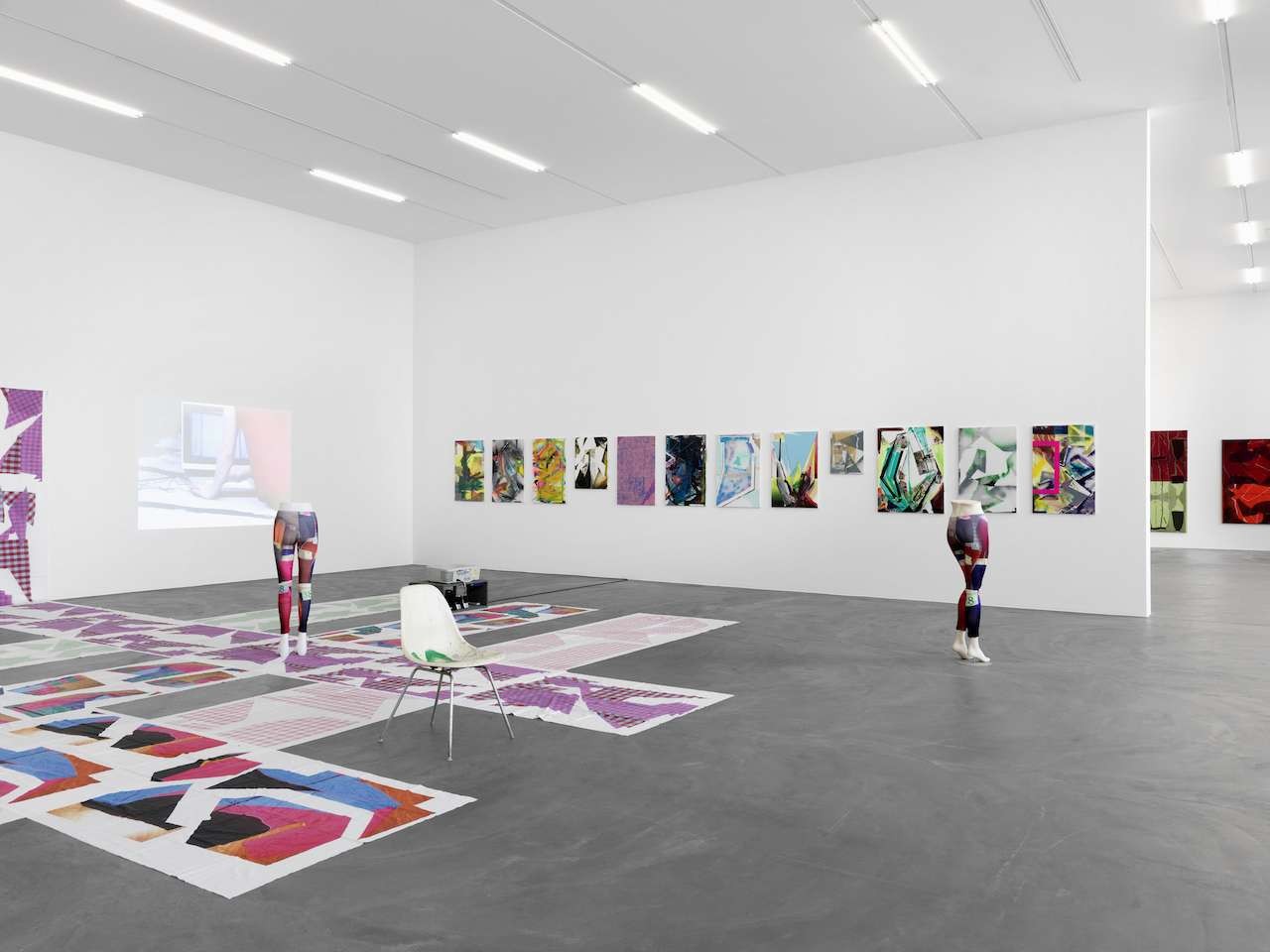 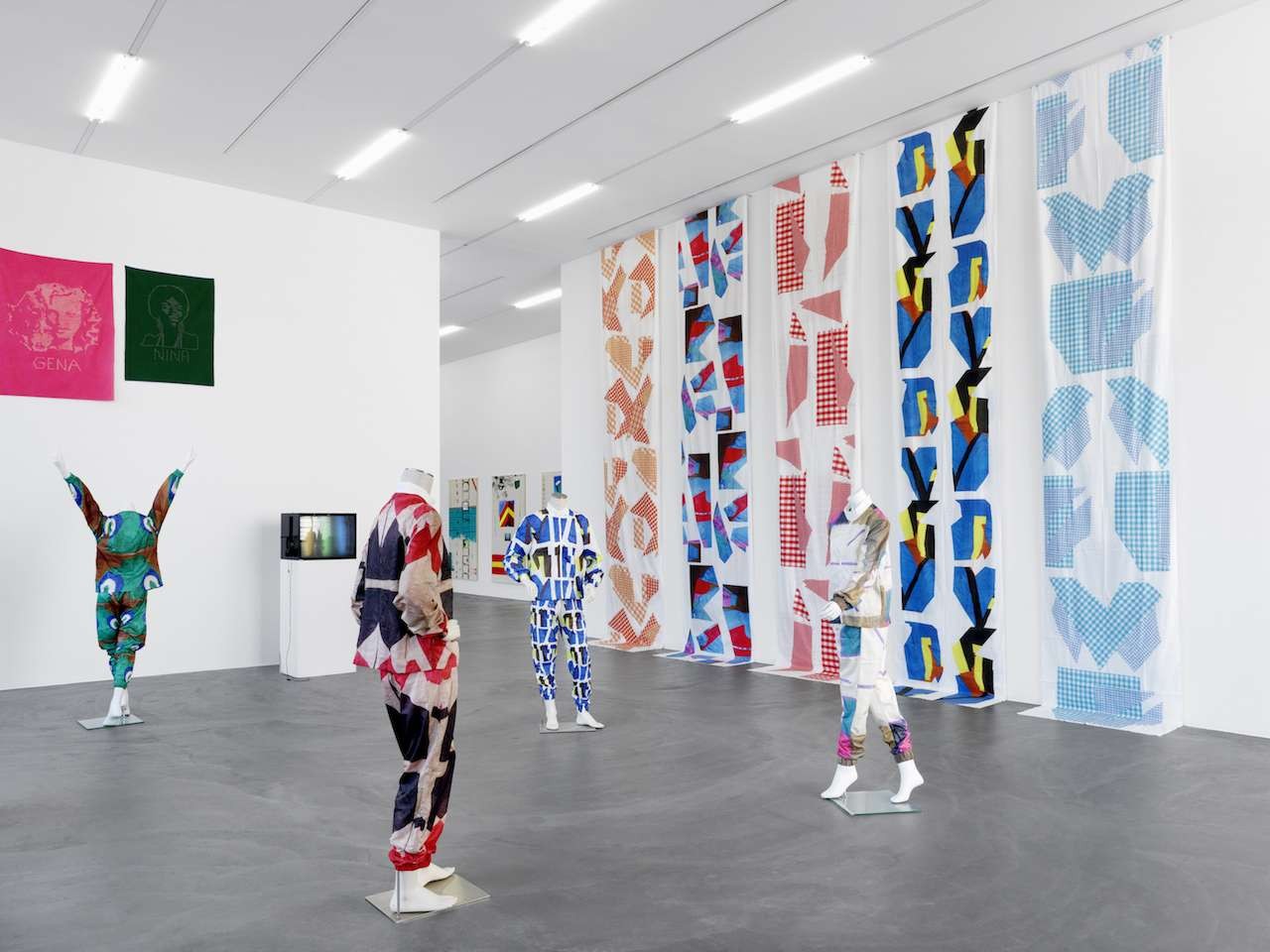 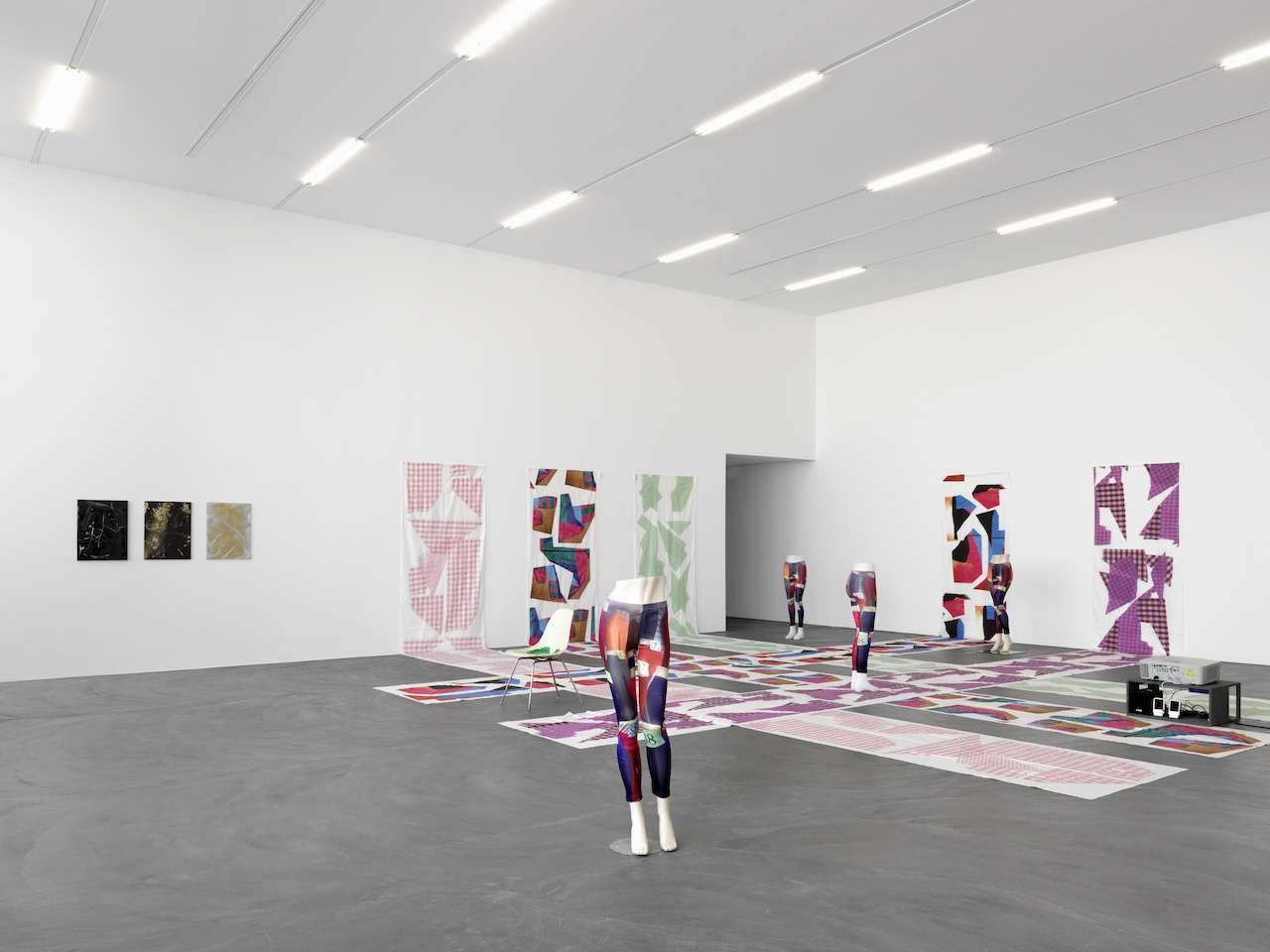 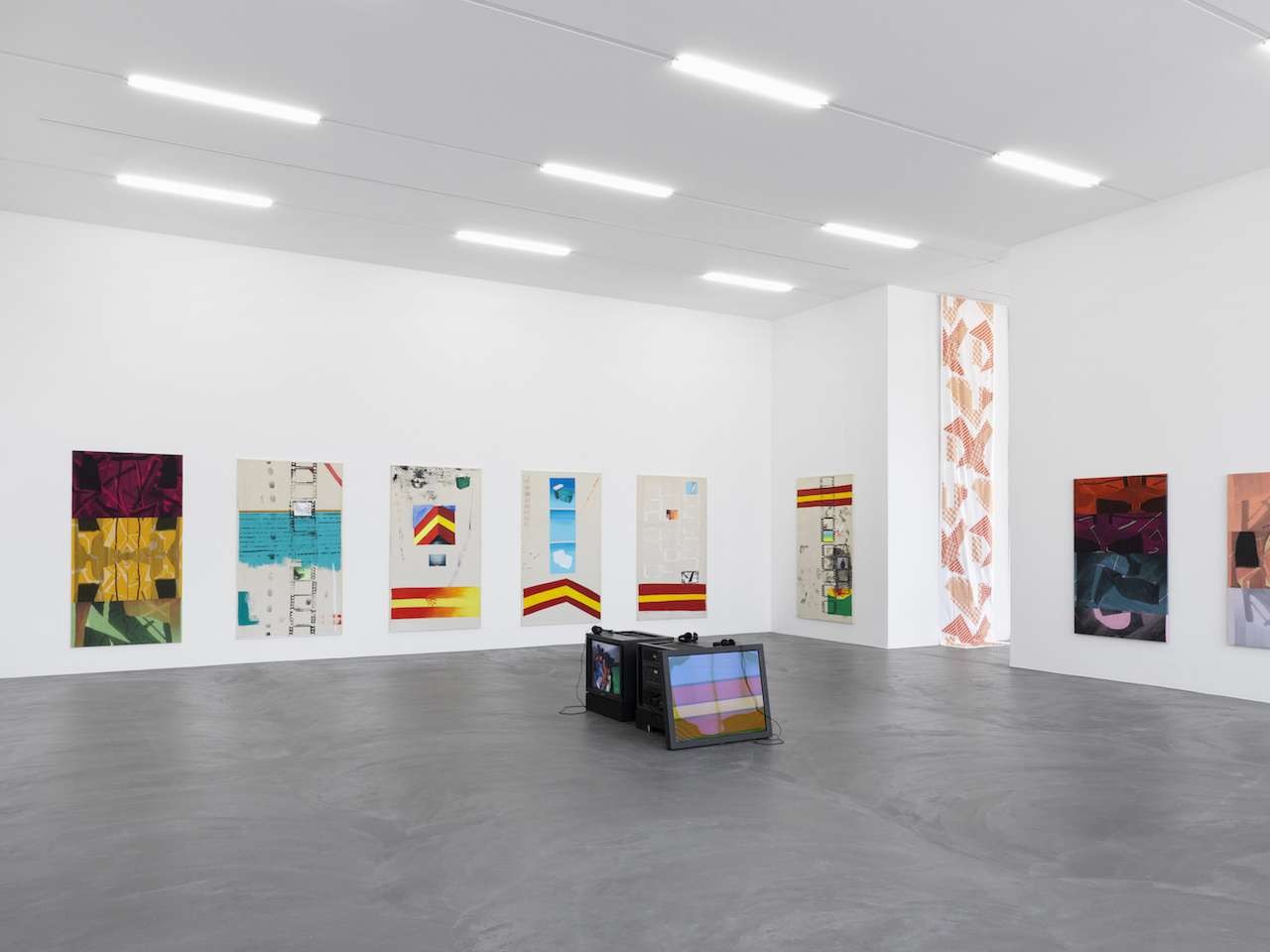 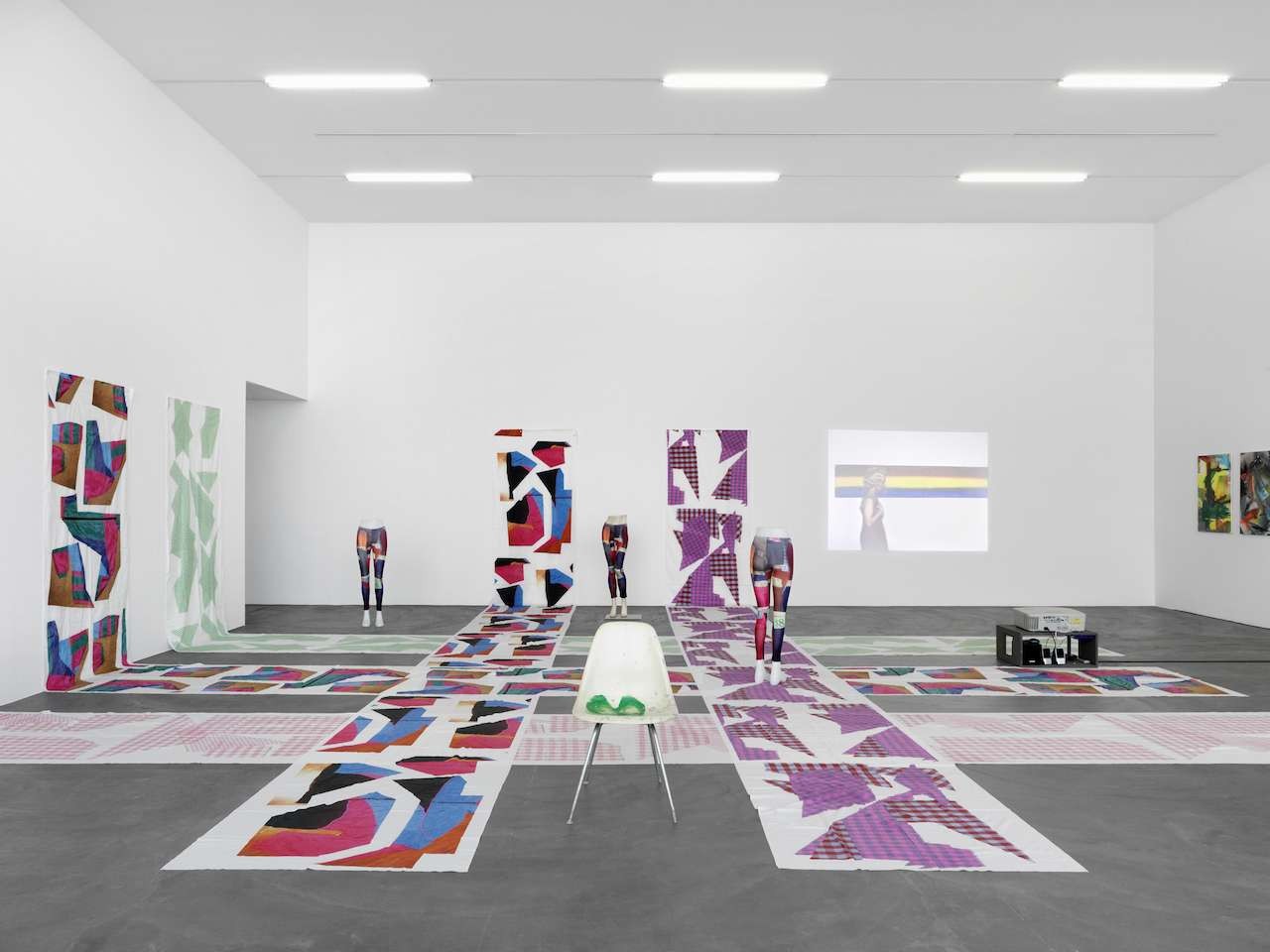 My Plastic Bag is Cheryl Donegan's first ever comprehensive exhibition and refers to the small retrospective Scenes + Commercials, which was organized by American curator Johanna Burton in 2016 at the New Museum in New York. In its condensed form, Scenes + Commercials pinpointed the difficulty of understanding Donegan's work in established discourses, thus offering an explanation as to why her work has remained subversive until today. In this regard it is interesting to note that Donegan has largely been seen as a video artist even though she is also a painter. In her practice, Donegan confronts painting with new media and its modes of production and immateriality. She does so with a persistence and pleasure that taunts the professionalism and production criteria that have come to dictate the art (and our lives) in the last two decades. This results in an art that is knowledgable, but chooses to undermine its knowledge. It is based on a casualness that shows itself to be searching, strangely elegant, and - perhaps not surprisingly – erotic.

Donegan, born in 1962 in New Haven, on the East Coast of the United States, becomes well-known for her two films Head (1994) and Kiss My Royal Irish Ass (K.M.R.I.A.) (1993), both of which will be on show at Kunsthalle Zürich. The films are unabashedly and erotically charged stagings of painting as performance and parody. In the mid-1990s, Head and Kiss My Royal Irish Ass (K.M.R.I.A.) are widely acclaimed and critically received amidst the context of the emerging “Body Politics” in North America. Video art is the newest trend, and Donegan soon becomes known as a “video artist”, and invited to numerous international group exhibitions. She shows works at Aperto at the Venice Biennial in 1993, the Whitney Biennial at the Whitney Museum in New York in 1995, and the Semaine Internationale de la Video in Geneva in 1997, where she receives the grand prize for her film Line (1996), now also on view at Kunsthalle Zürich. In 1997 she paints the large-format, 11-part series Scenes + Commercials, which she shows together with a film at the New York gallery Basilico Fine Arts. The exhibition receives harsh reviews, leading Donegan to destroy one painting and file away the remaining in a barn. Twenty years later they are now on view once more at Kunsthalle Zürich.

Donegan's career slows down, not lastly because gallery representation becomes complicated: Basilico Fine Arts shuts its doors, as do a number of other galleries that have come to represent the artist. This turns into an even bigger handicap as the art market is more and more seen not only as an important channel of distribution, but also as an endorsement machine. Whoever has success in the market is understood as relevant. Donegan continues to create low-fi films such as Flushing (2003, also in the exhibition) and to paint, or rather, to “make” paintings. From 2009 onwards the works seem to mock the smooth and polished surfaces of the digital media era. It is art that presents itself as anachronistic (but never nostalgic) and committed to the earlier do-it-yourself attitude. It might be described with the term “Provisional Painting”, which art critic Raphael Rubinstein coined when he wrote about the works of Michael Krebber, Albert Oehlen and others in Art in America in 2009. Donegan examines the relationship of painting and the new technologies in the same way that she exposed painting to video art in the early 1990s. She is a painter who just happens to have mislaid the paintbrush – or thrown it out.

Around 2009, Donegan starts experimenting with patterns appropriated from the fashion world, such as gingham and checked patterns, which appear in the designs of Rei Kawakubo for Comme des Garçons. She scans textiles and utilizes web-based services, such as www.paom.com, to produce fabric by the yard. By declaring the resulting material to be canvas and stretching it onto frames, she obtains objects that purport themselves as paintings. A variation of this process has her commissioning clothes from the scans – something that is now possible for everyone, not only large-scale companies such as Nike with their “Full Customization” tool, due to Internet, production on demand, and low-wage countries. Today, everyone can create his or her own fashion line in just a few days and with just a few clicks, and organize a fashion show, which Donegan did on the occasion of her exhibition at the New Museum in New York in 2016. Is Digital the new Do-It- Yourself? After all, Donegan uses the digital tools in a way they weren't necessarily created for: Firstly, to produce paintings. Secondly, for the design and production of apparel that is self- referential and ready to serve as sculpture, performance outfit or as an actual tracksuit, depending on what is needed. By this, Donegan feeds the technology back into the art and its discourses, developing what could be called a “refashioned ready-made.” This not only pushes the modernist ideals of an “art for and by everybody” to a new level, but at the same time perverts it by asking if nowadays the consumer is the true artist.

Here, again, we face the motif of casualness, without being quite sure whether to accept or reject it. Isn't art the opposite? Unique, absolute and genius? Something else becomes apparent as well: The state of homelessness of today's art. This is the price art paid for its liberation in the 20th century, and by defining itself through self-referentiality. This autonomy came with an unexpected price tag. Independence not only brought freedom, but also rootless disposability: My Plastic Bag*. The place for art has been lost. This is the dilemma that Donegan eloquently traces in her work, and this is why it is so important in its apparent casualness.

Donegan's works will be shown in 2018 at the Contemporary Arts Museum in Houston, curated by Bill Arning, and at the Aspen Art Museum, curated by Heidi Zuckerman. Both curators worked with Cheryl Donegan in the 1990s. A comprehensive catalog of Donegan's practice will be published in 2018 on the occasion of all three exhibitions.

* My Plastic Bag, the title of the exhibition at Kunsthalle Zürich, is a play on Cheryl Donegan's Fashion Tumblr “Your Plastic Bag”.
www.kunsthallezurich.ch