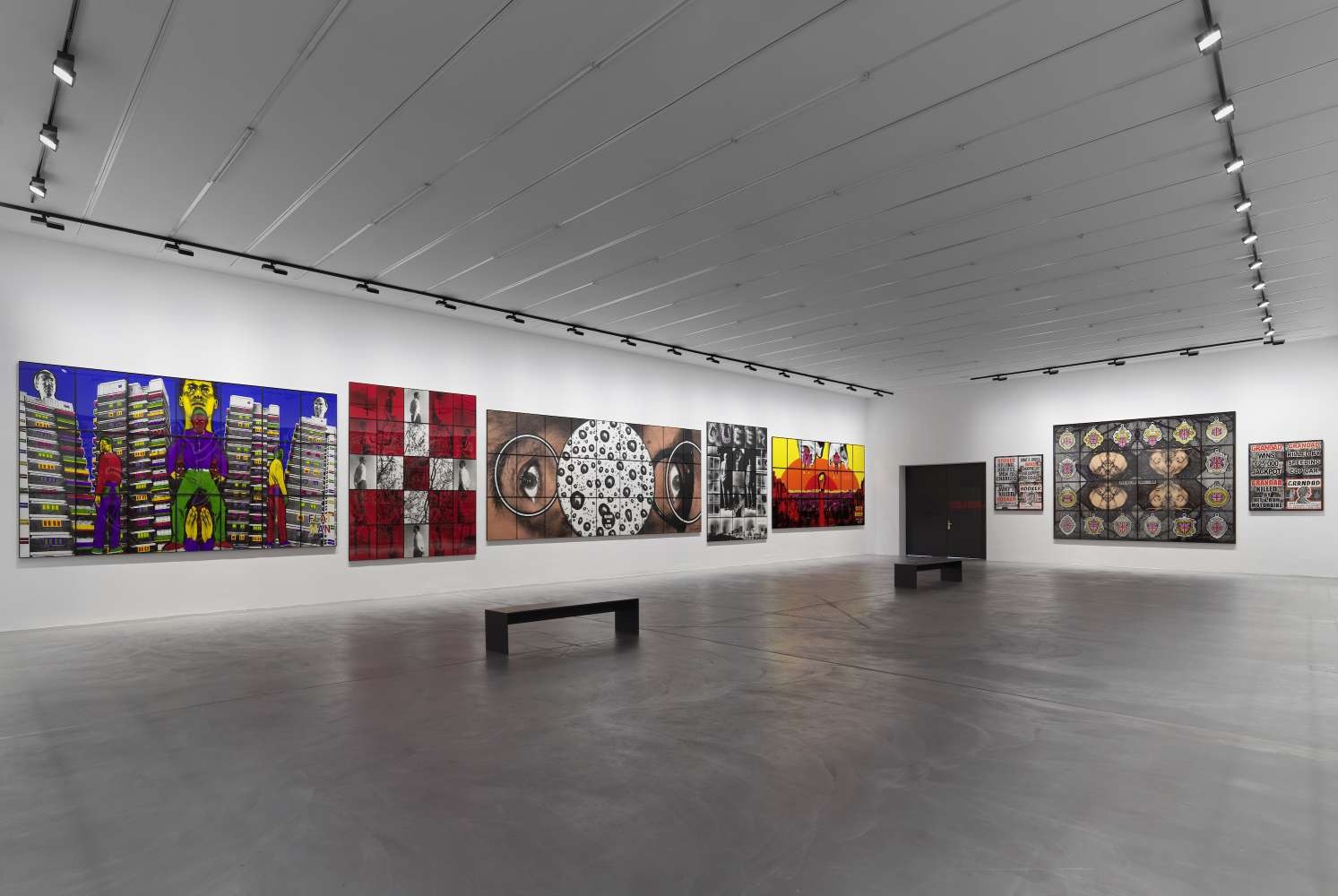 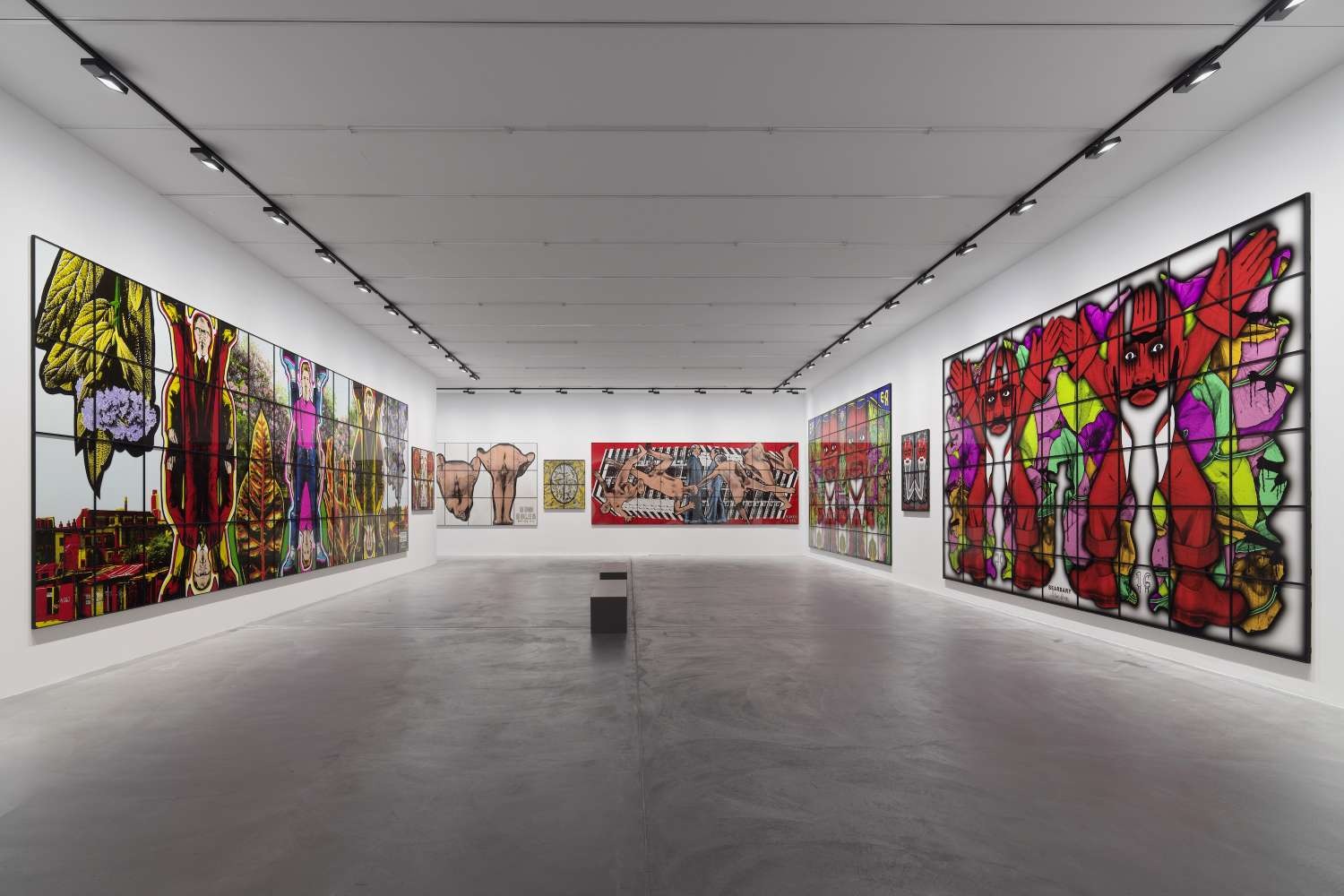 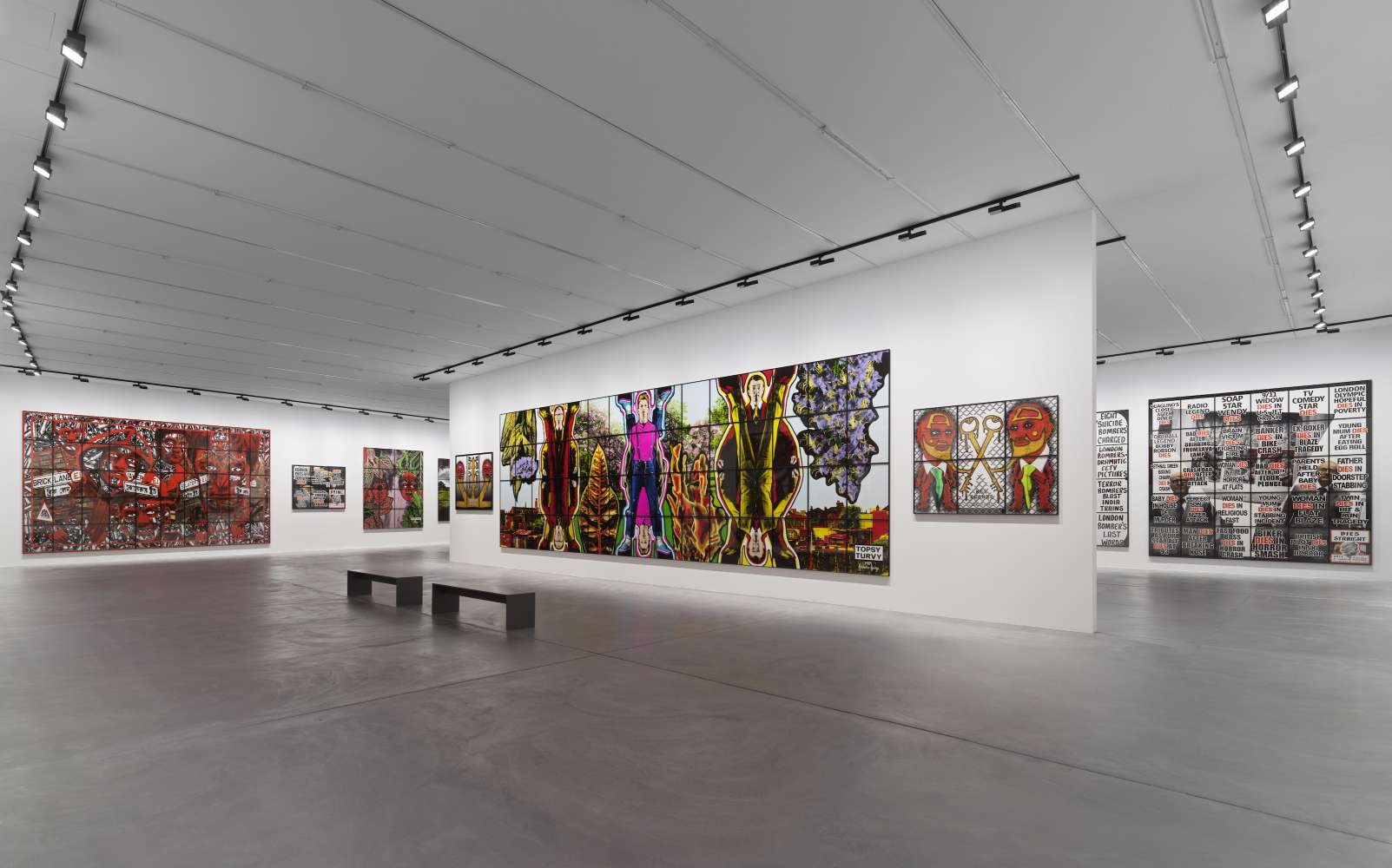 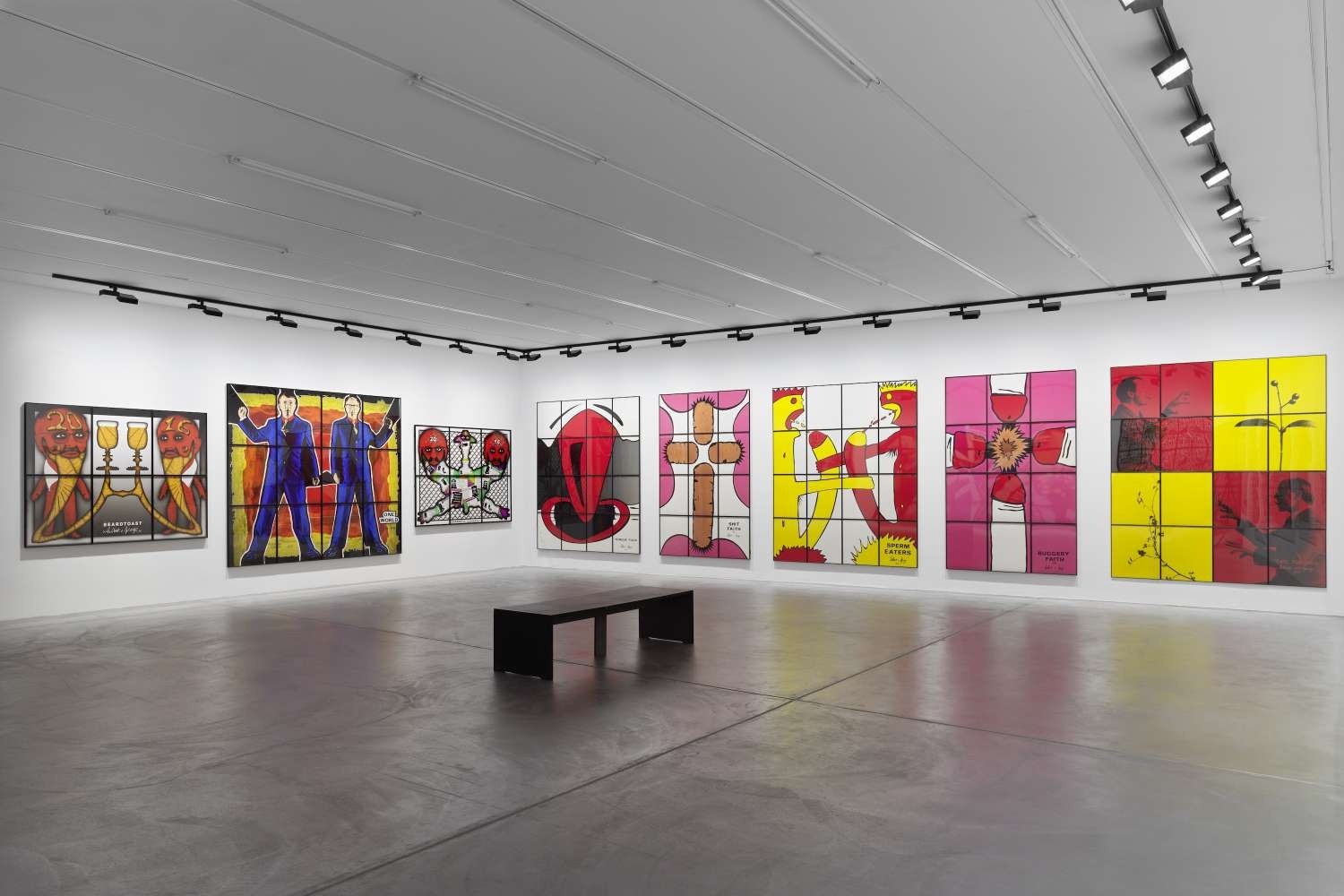 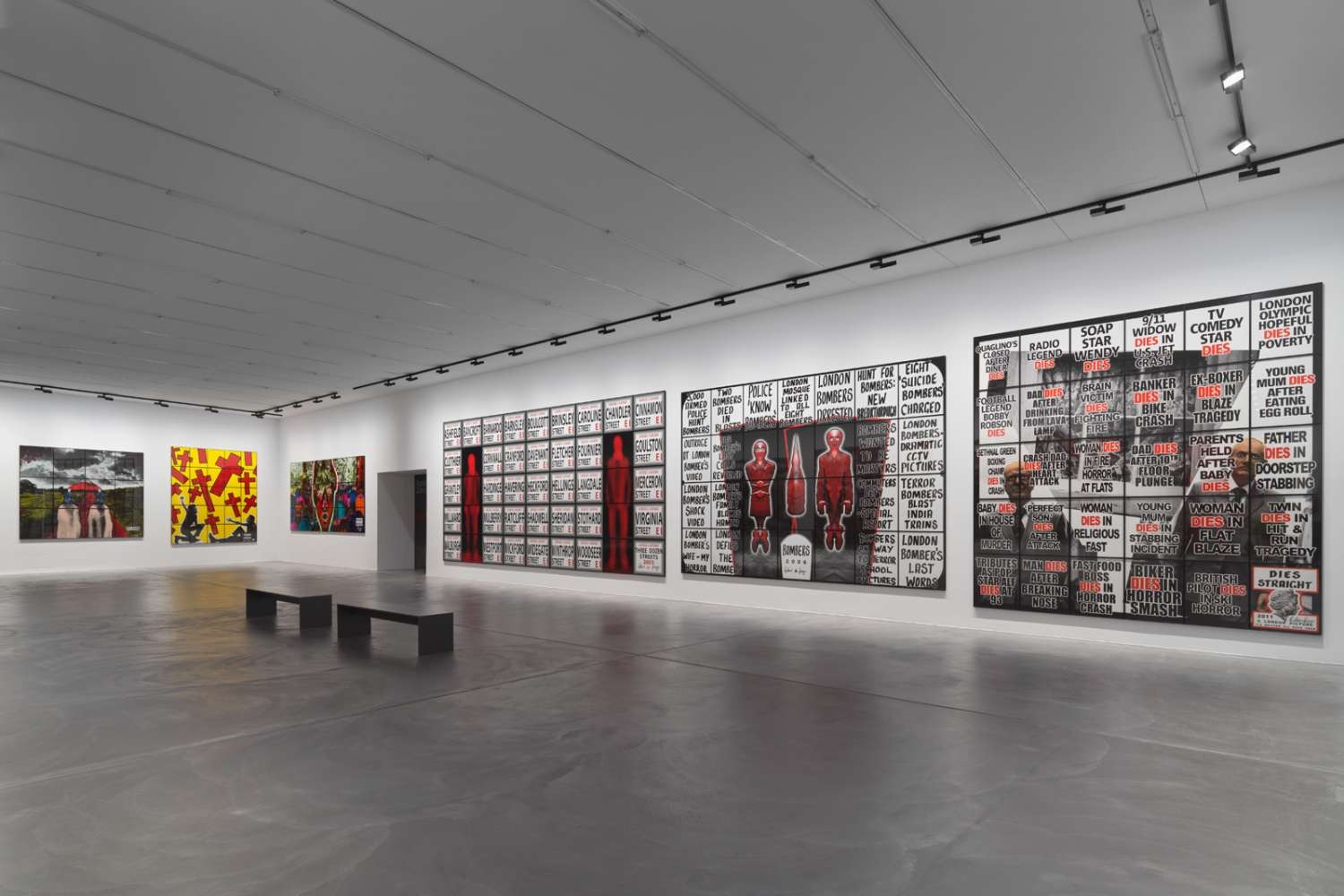 Luma Westbau and Kunsthalle Zürich are showing an extensive retrospective of 50 years of artistic collaboration between Gilbert & George.

The artists Gilbert & George have created art together for half a century. Through this an outstanding body of work has emerged that is still explosive and avant-garde today. This is now generously demonstrated in THE GREAT EXHIBITION, 1971-2016, which allows unique insight into their visually powerful, boundless – and sometimes provocative – artistic universe. The exhibition has been created in close collaboration with Gilbert & George and they will be present at the opening in Zürich on the 21 February. For the artists this is in fact a return to Switzerland after 25 years, for their art was exhibited at the Kunsthalle Zürich in 1992, curated by Bernhard Mendes Bürgi. THE GREAT EXHIBITION, 1971-2016 is thus a comeback to be celebrated with pride and delight!

Since they first met at London’s Saint Martin’s School of Art in 1967 Gilbert (b. 1943) and George (b. 1942) have challenged the artistic canon. As both subject and object of their own works, these form a cohesive gesamtkunstwerk. Without demur, the artists commit themselves to art and unceasingly push its boundaries in a both disciplined and endlessly imaginative manner. Over the decades an impressive oeuvre has emerged, a powerful panorama of thousands of pictures. This challenges our world without compromise or blinkered vision, continually proving itself forward-thinking.

Gilbert & George’s art is about death, hope, life, fear, sex, money, race and religion. These are complex, contradictory subjects that they portray as such: at once joyful and tragic, enthralling and horrifying, grotesque and serious, surreal and symbolic. Over 50 years a haunting iconography has coalesced that deals with it all fearlessly and directly – which shocks or makes visitors uneasy. Their goal, however, is not to shock, on the contrary in fact: they want instead to ‘de-shock’ and bring out what is already in us and present. This is about making all that takes place in this wonderful, dangerous world visible. From punks to hipsters, the police to outsiders, and headlines to advertising. Gilbert & George survey all this in their art thanks to their ‘magical’ insight, without shame or fear. Like tireless, fierce and bullish watchmen they write a unique chronicle of the past, present and future.

THE GREAT EXHIBITION, 1971-2016 can be understood – like the artists themselves – as democratic, profligate and extravagant. Embracing all human emotions, Gilbert & George demand ‘art for all’ – this exhibition celebrates this very motto.

Gilbert & George: THE GREAT EXHIBITION, 1971-2016 is organised by Luma Foundation and the Moderna Museet (Stockholm) in collaboration with Luma Westbau and Kunsthalle Zürich. Curators: Hans Ulrich Obrist and Daniel Birnbaum.

A richly illustrated catalogue has been published in conjunction with the exhibition with new interviews between both Hans Ulrich Obrist and Daniel Birnbaum and Gilbert & George. Each interview represents a decade of their art. The bilingual publication (French and English) is published by HENI Verlag.

The previous locations for the touring exhibition Gilbert & George: THE GREAT EXHIBITION, 1971-2016 were Luma Arles (France), the Moderna Museet (Stockholm) and Astrup Fearnley Museet (Oslo). After the Zürich exhibition it will travel to the Reykjavik Art Museum (6 June – 20 September 2020).
www.kunsthallezurich.ch