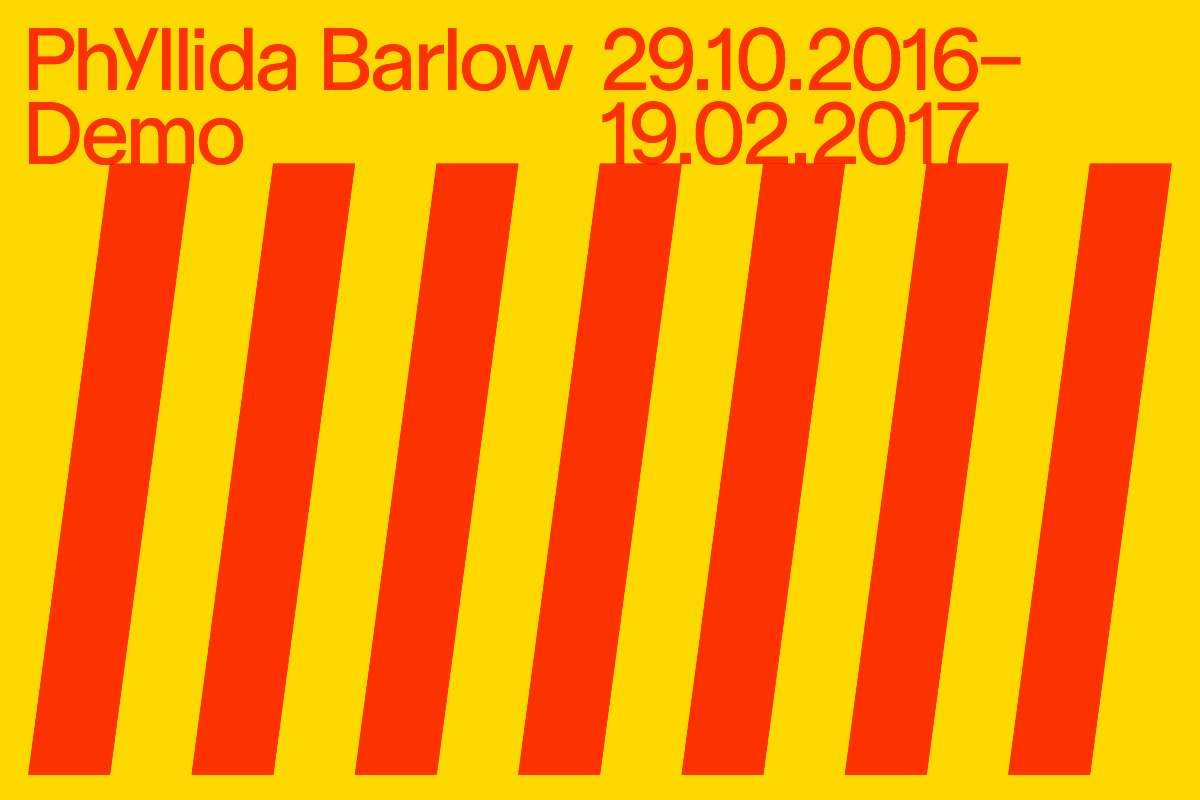 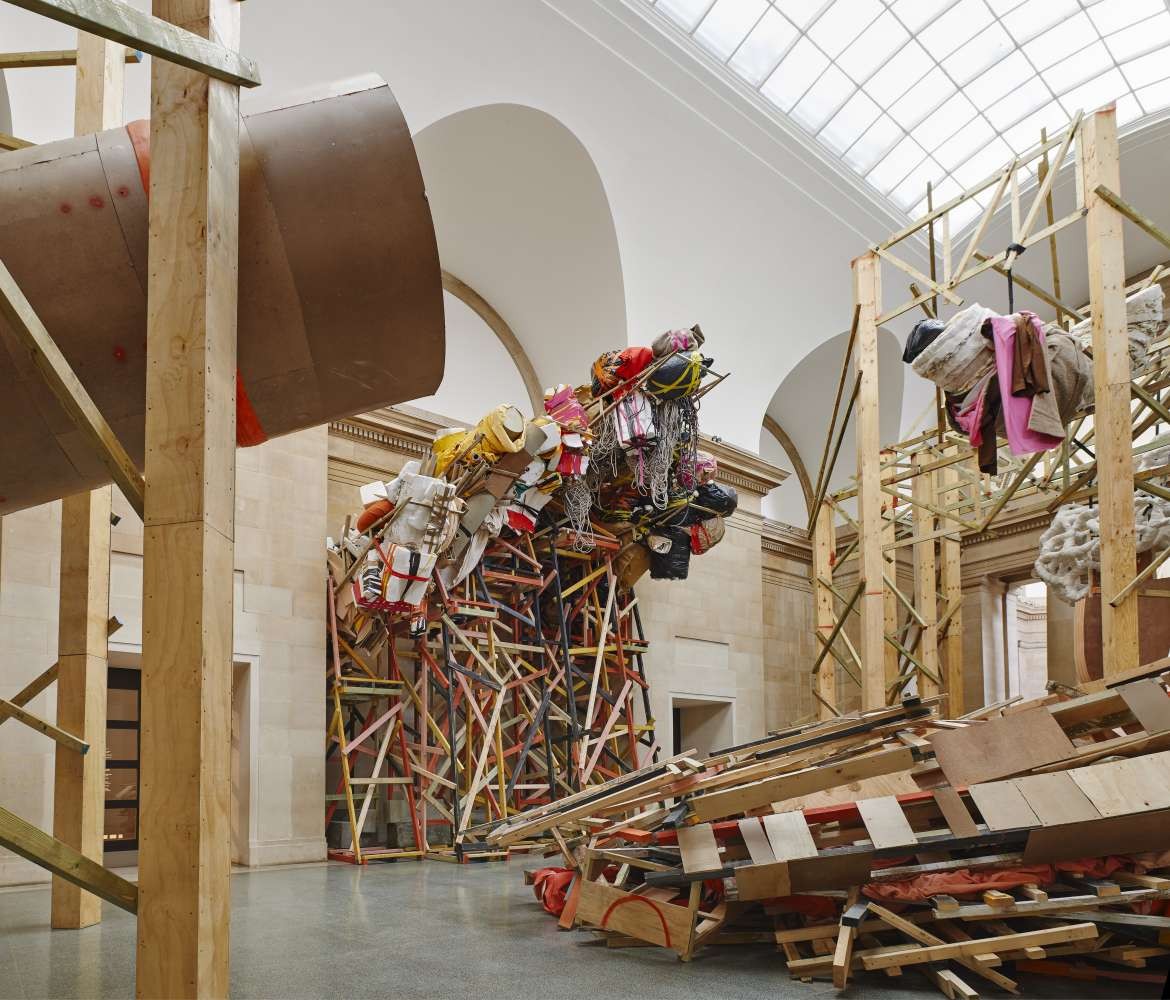 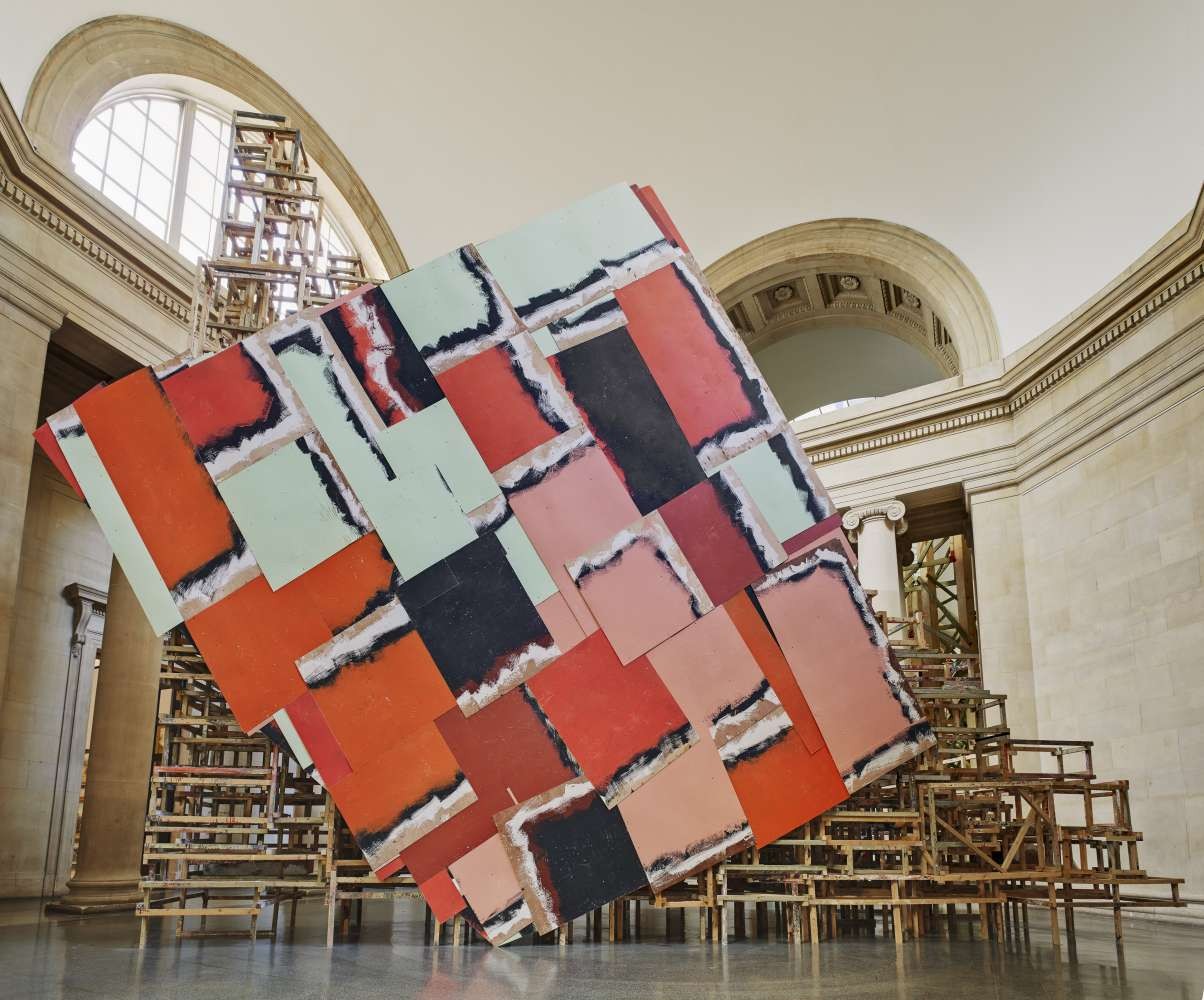 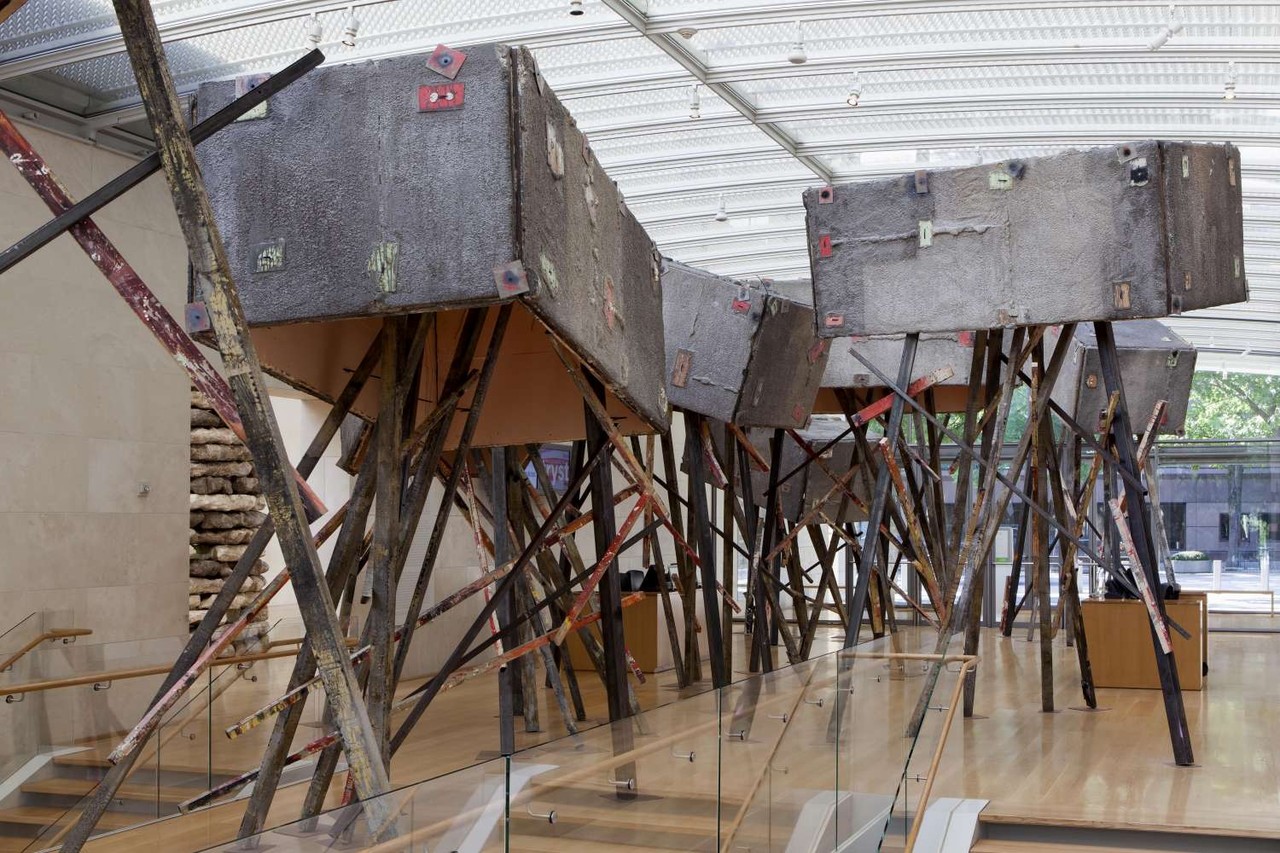 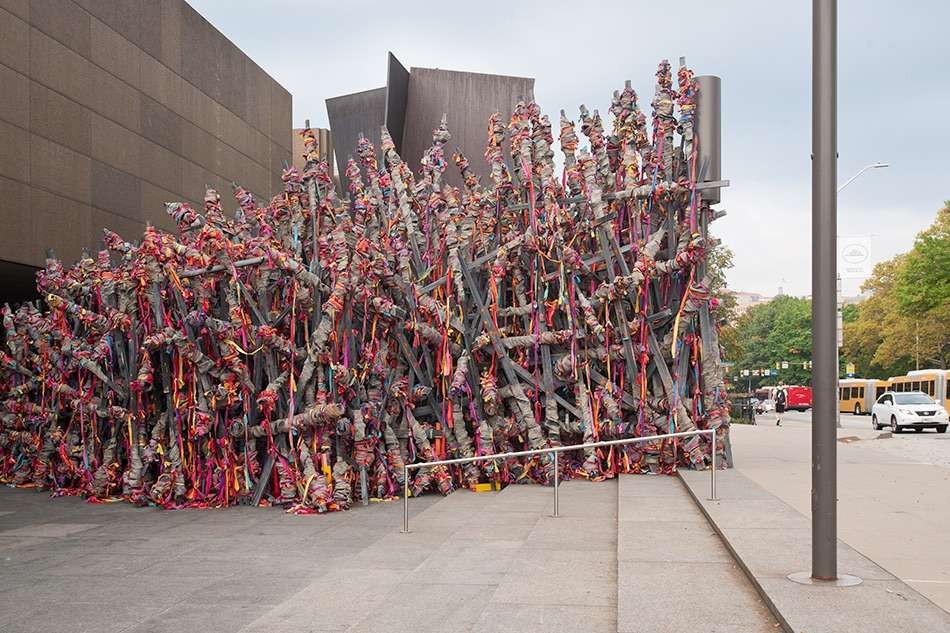 The British sculptor Phyllida Barlow has had a strange and unique career up to now. Born in 1944 in Newcastle upon Tyne, her first exhibition was held at the legendary ICA (Institute of Contemporary Arts) in London in 1965. Throughout the following five decades, Barlow created an extensive oeuvre, which has – with few exceptions– not survived, and will largely remain inaccessible forever. Today Barlow’s art is widely recognized, collected and appreciated – a recognition, which, however, only started about ten years ago.

The reasons for this art-historically unique situation are manifold. Many of Barlow’s sculptures could not be kept due to their size and material nature, due to lack of storage space and money, and the absence of collectors. This only changed after 2000, when institutions, curators, collectors and gallerists started to look more closely at her work and were ready to assess and discuss its seemingly contradictory nature. Barlow insists being a sculptor and a formalist and cites among the important influences artists such as Germaine Richier or Barbara Hepworth. Her art is focusing on the basic components of the sculpture, its history, possibilities, and discrepancies. At the same time she uses materials, forms and colors that spectacularly break with established ideas of sculpture: Instead of bronze or marble, Barlow uses cardboard, raw cement, mesh wire, and timber. Instead of solid volumes she creates ragged and raw structures, and instead of using color to unify, smooth over, or decorate the surfaces, she uses color to distinguish, set apart, and create a divergence. The resulting work is thrilling, challenging and possesses qualities that have gone unrecognized far too long.

The exhibition at Kunsthalle Zürich is titled demo – such as in demo-lition, demo-cracy, or demo-nstration. Under the guidance of the artist, two massive sculptural interventions have been installed at Kunsthalle Zürich. The exhibition starts on the second floor with a sculpture that occupies three spaces and demands downright “physical” attention: We must be careful not to trip while trying to look up at the ceiling constantly. We might miss the sculptures otherwise, suspended above ground, embedded in a thicket of frames and stakes. At times, for an instant, we believe everything comes in view, when in reality we have already lost oversight all long ago. Here, now, sculpture becomes palpable: how it functions, how it unfolds in front of the viewer while he or she moves around it (and withdraws again), how it plays with the architecture, contradicting and competing against it. How banal materials brilliantly take shape and invert our points of view.

Everything changes on the third floor. Upon entering Kunsthalle Zürich from the back, through the emergency exit, as it were, we find ourselves in a sealed-off space. In it there is an object, perhaps a stage, a platform, a sculpture, from where visitors are invited to look through tubular holes in the walls onto another sculpture, made of ruined wall elements, torn-down isolation material, and bent and twisted aluminum columns. This apocalyptic landscape and heavyweight sculpture, inaccessible beyond the offered glimpses, is nevertheless exposed in a different way: directly behind it the outside walls are currently being torn out and rebuilt as part of the building’s refurbishment. Builder’s dust will cover the landscape, construction noise will penetrate the walls, and the workers may come into sight – and in the end the work will be disposed. Thus, in Zurich, two central themes of Barlow’s career and art come together: a sculpture as intrusion and the question of its disappearance, or shadow.