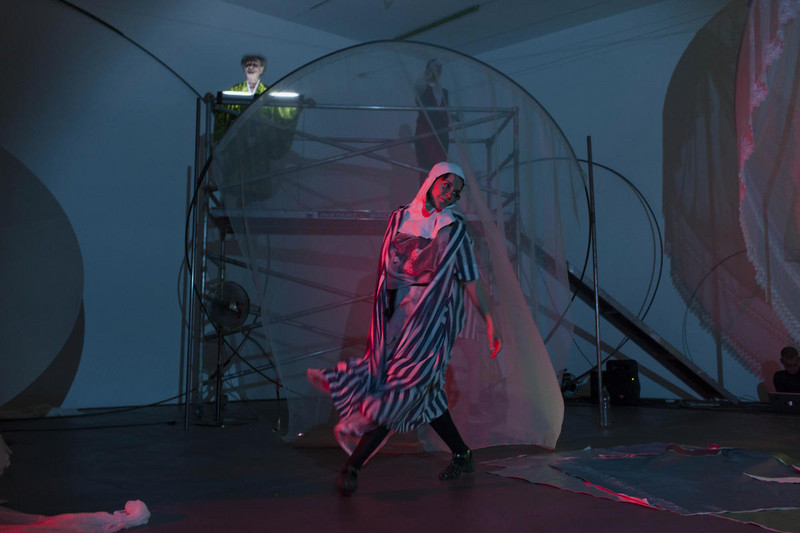 According to plans, Zurich theatre director Barbara Weber will open her four-theme theatrical venue “Theater der Überforderung” at Kunsthalle Zurich on April 14, 2015. This will-o’-the-wisp project shows an interest in the work of the Japanese dramatist, poet, photographer and film-maker Shuji Terayama (1935 – 1983).

Like others in the seventies of last century, Terayama chose paths outside established ideas and demanded that life, art and the theater be thought of as a unity. For example, he claimed that it was possible to learn more from boxing and horse-racing than in school and study, and he underlined this with such films as Throw Away Your Books, Run into the Streets! (書を捨てよ、町へ出よう). In 1967 Terayama founded the Tenjo Sajiki (天井桟敷) theatre troupe, with whom he outspokenly took up such controversial themes as incest and polysexuality.

Going beyond the failure of the social aspirations of the 1968 revolts, Terayama insisted on cross-border critical action. While doing so, he was nonetheless notable for an undogmatic attitude. In his stories, like feverish dreams, he mixed fact and fantasies. In this way he made space for internal conflicts no less than apparently insurmountable oppositions, through collage, coloration and citation, without dissolving them or rendering them harmless. To demonstrate the inconstancy and self-will of people in their interactions, neither his (amateur) ensemble nor he avoided kitsch, camp and porno. In the serial breach of norms and conventions a brilliant body of work was made, reflecting the times and society as if in a broken mirror – sometimes surreally, sometimes unemotionally, sometimes passionately or with laughter.

Terayama’s work is scarcely known in Europe. As a first step, we are introducing it through a film and some texts. And yet we wondered what might be done with it today: can it be taken as a kind of guide? Under the direction of Barbara Weber we decided to make theatre out of this questioning uncertainty, our discussions and contradictions. It will begin at the latest on April 14 and go on until May 17, 2015. There will be rehearsals every day, always in public and during the opening hours from 11 am to 6 pm. Discussions, talks and performances will be announced on our website. Premieres take place on Fridays (April 24; May 8; May 15) as well as on Thursday April 30. The theater, the exhibition, the costumes, the stage set and the bar might exchange roles. Or actors make fun of artists. Or artists turn into actors – always with an uncertain outcome. In the time and place we shall see how things come together from moment to moment – or not. With the participation of Michael Gempart, Denise Hasler, Carl Hegemann, Matthew Lutz-Kinoy, Tobias Madison, Franz-Xaver Mayr, Fabian Müller, Madlaina Peer, Gabrielle Schaad, Elia Schwaller, Jan Vorisek, and Barbara Weber.
www.kunsthallezurich.ch