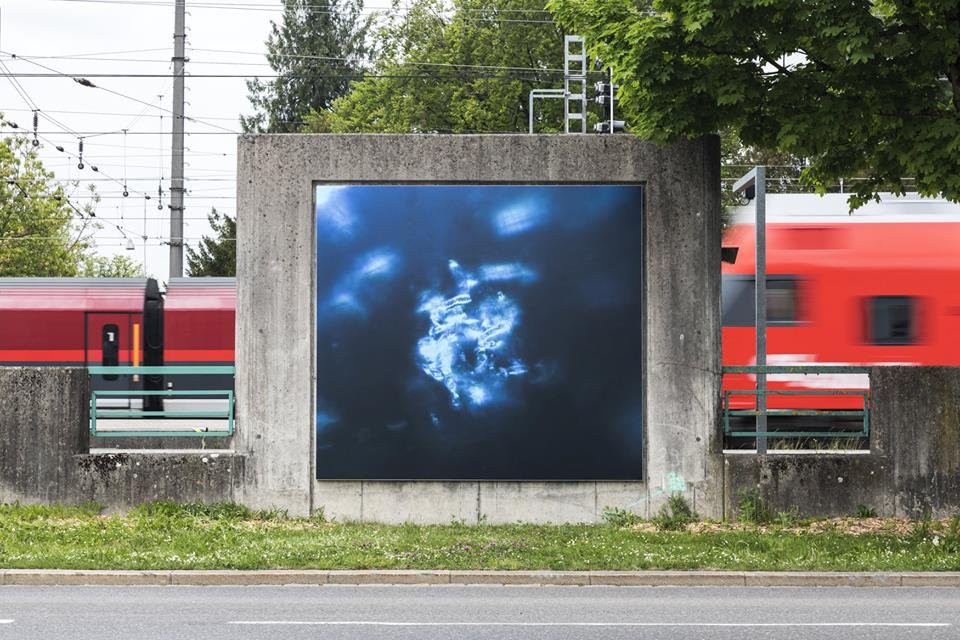 After Flaka Haliti Alicia Frankovich (born in 1980 in Tauranga, New Zealand) will present her work.

»Blue Marble was a perceived image of the entirety of our earth — a photograph taken by astronauts on Apollo 17 in 1972. It remains one of the most ubiquitous images of earth. Conversely in light of being situated amidst the anthropocene, as geophilosopher and poet Daniel Falb assert we are in an epoch that can never be visualised with one single image or view. I will take a series of ›portraits‹ taken inside of Earth, using the spherical image we know from images from space, but instead building or imaging worlds within our planet out of a process of engagement with micro worlds within it — a spectrum of non-human living and active entities. Macro photographs of interior biological topographies and non-human surfaces that map specific material entanglements of humans and non-humans. These interior spaces become inversions: surfaces of forms exploring the resonances between micro-processes and macro-ecologies. Artificial hormones and antibiotics become fluid continents; the microscope becomes a telescope.«

Alicia Frankovich (New Zealand, 1980) obtained a Bachelor of Visual Arts in sculpture at Auckland University of Technology in 2002. Her work is made up of performance, performance-based videos, short films and sculpture. She puts bodies into situations where they play out relations, often testing social conventions and behaviours.