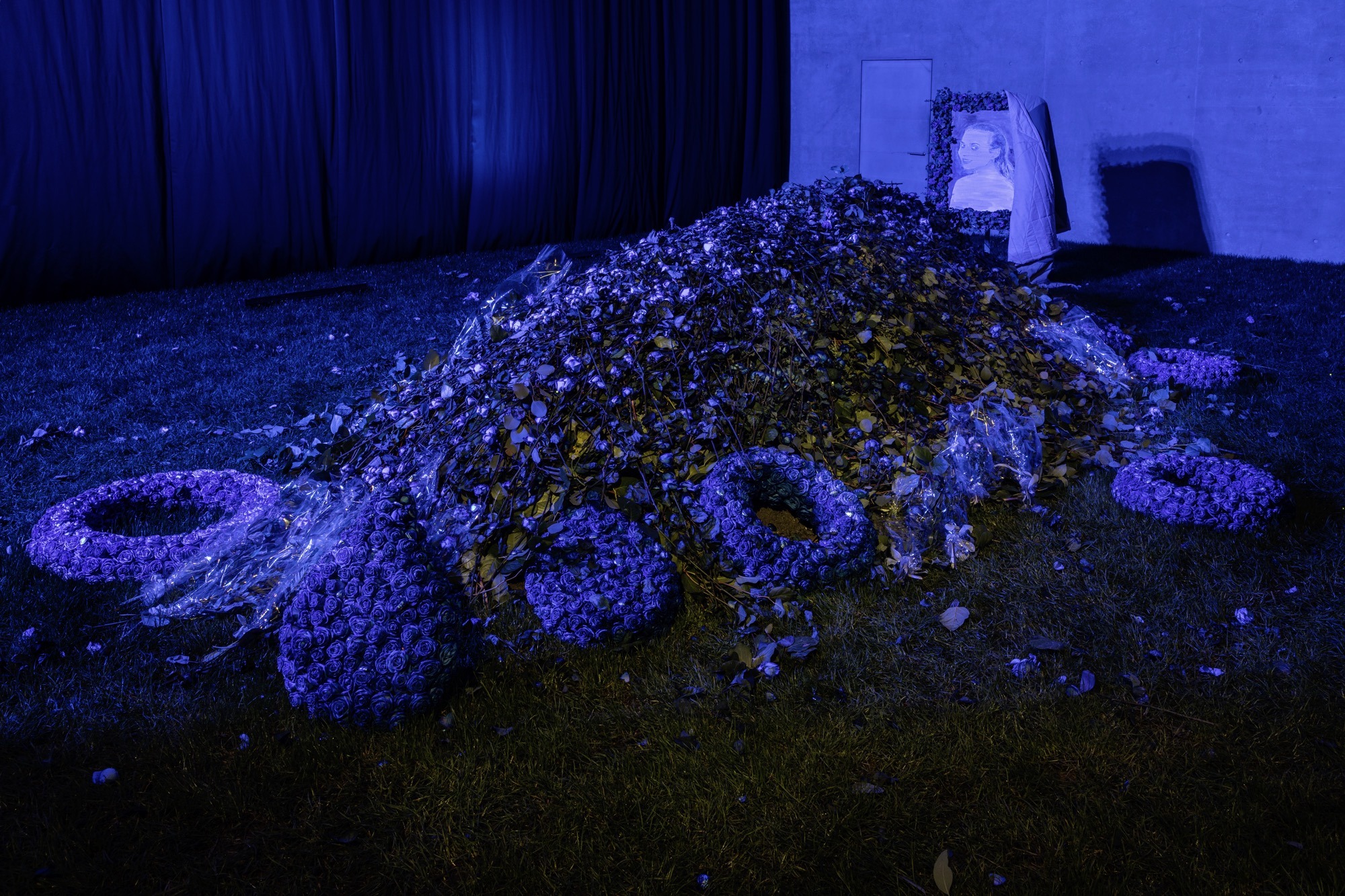 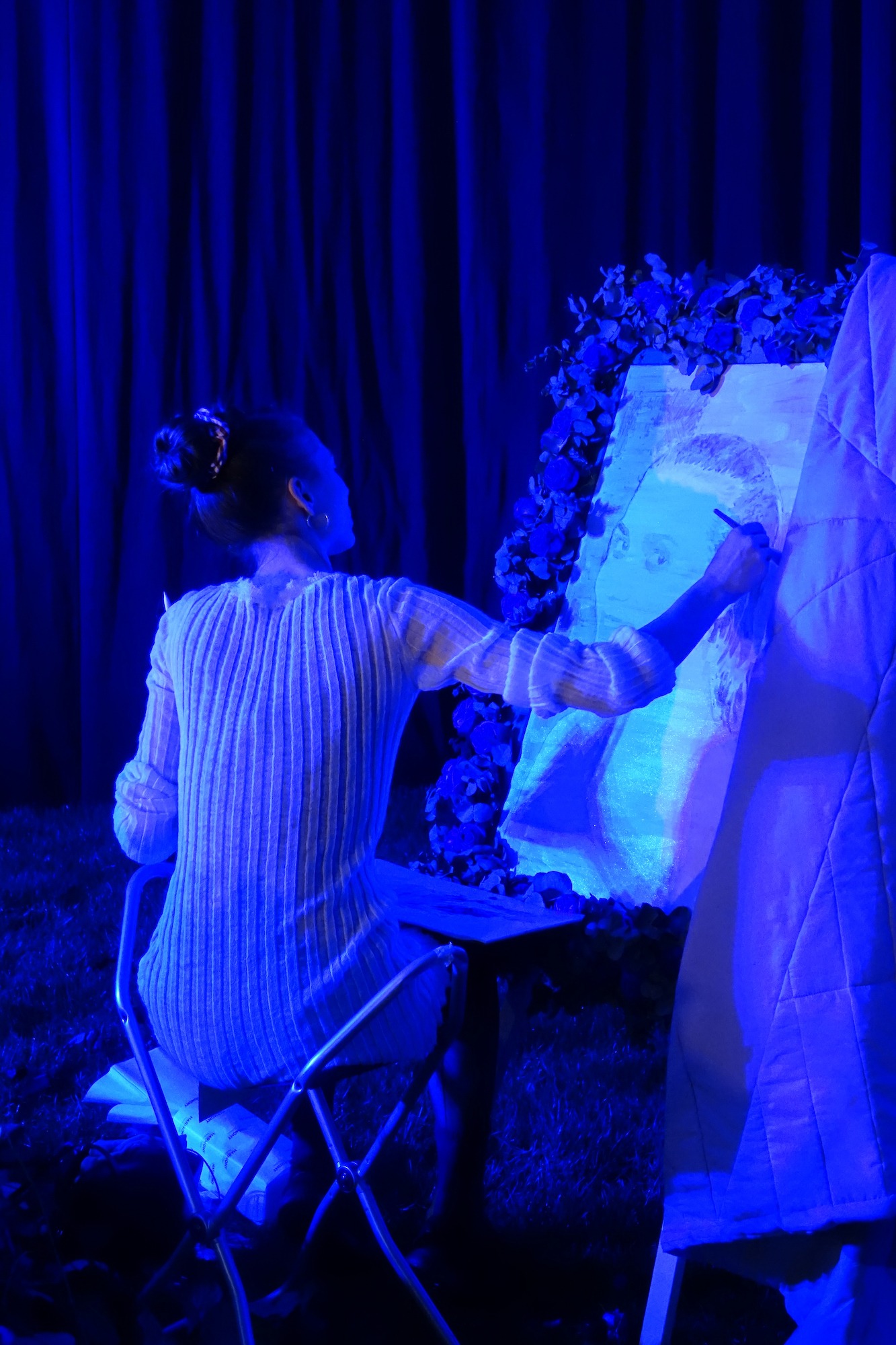 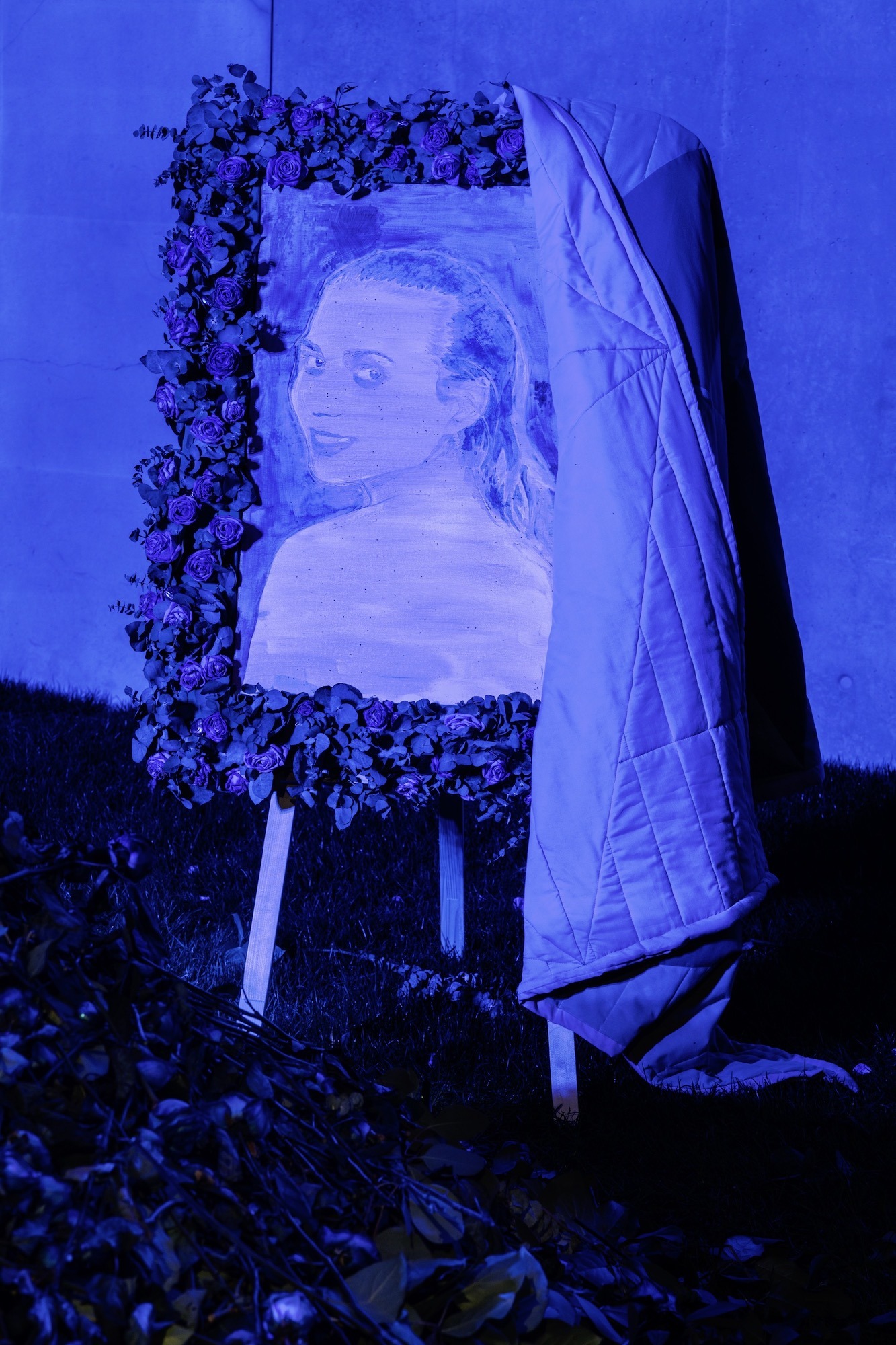 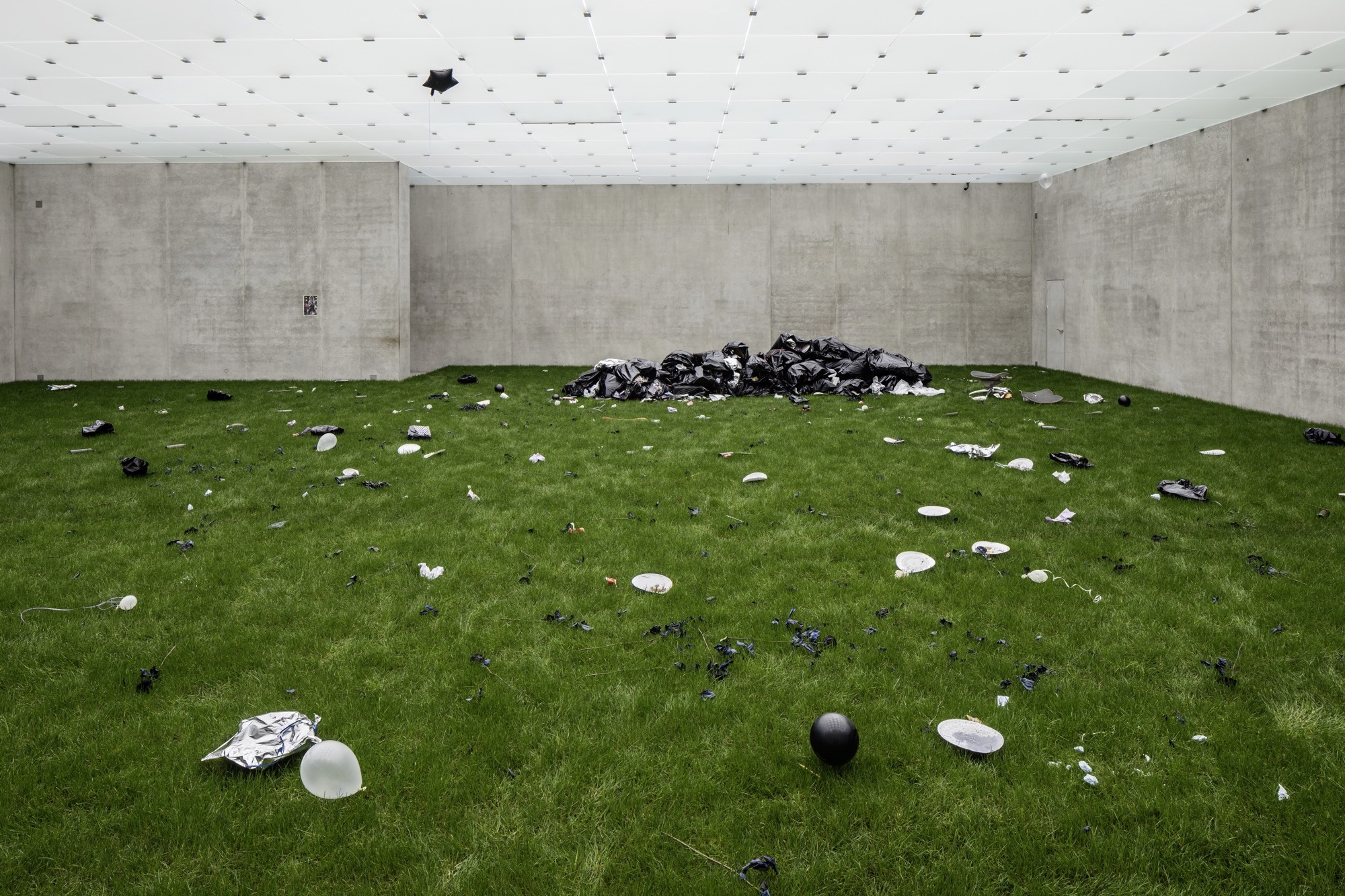 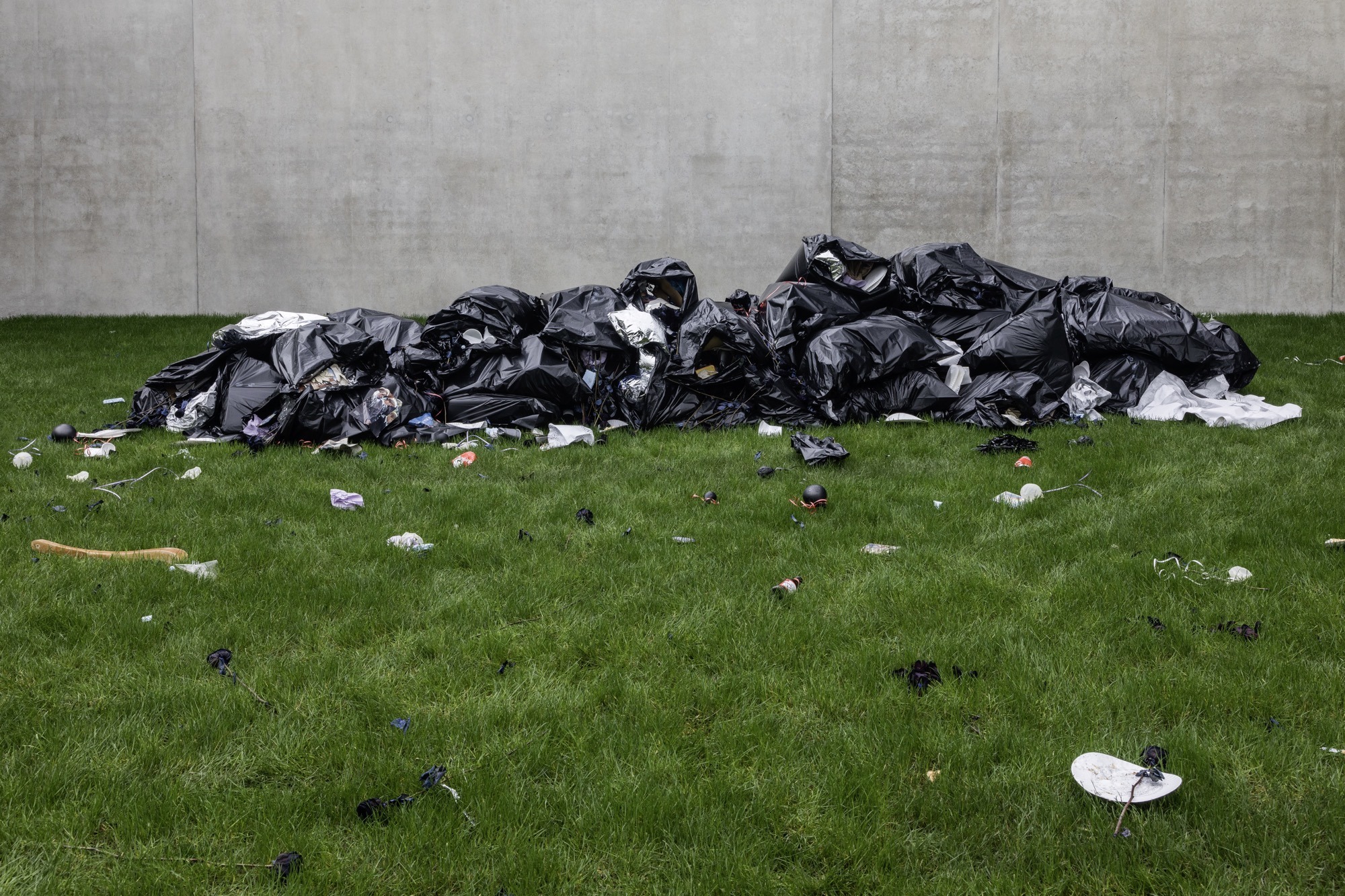 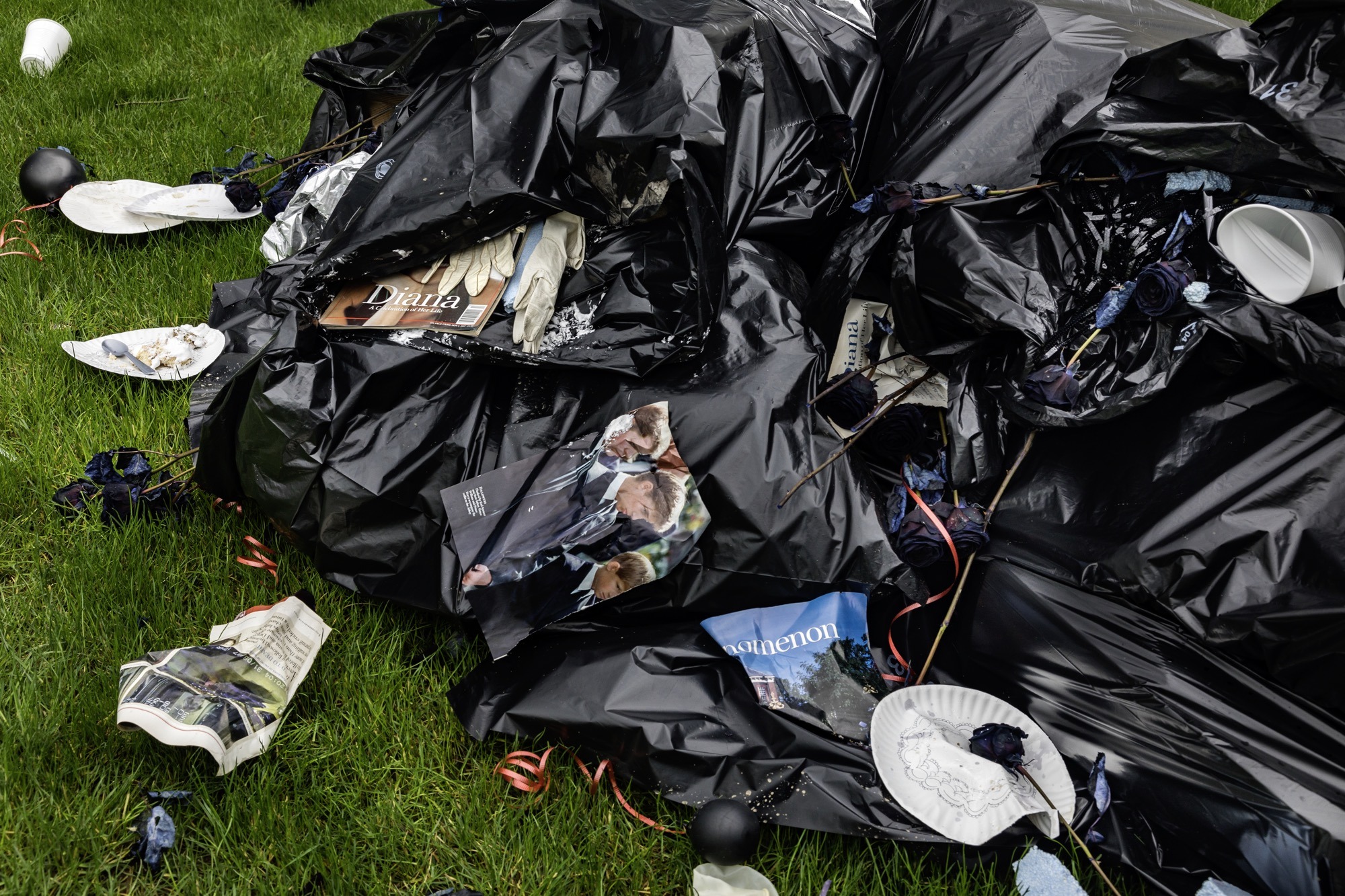 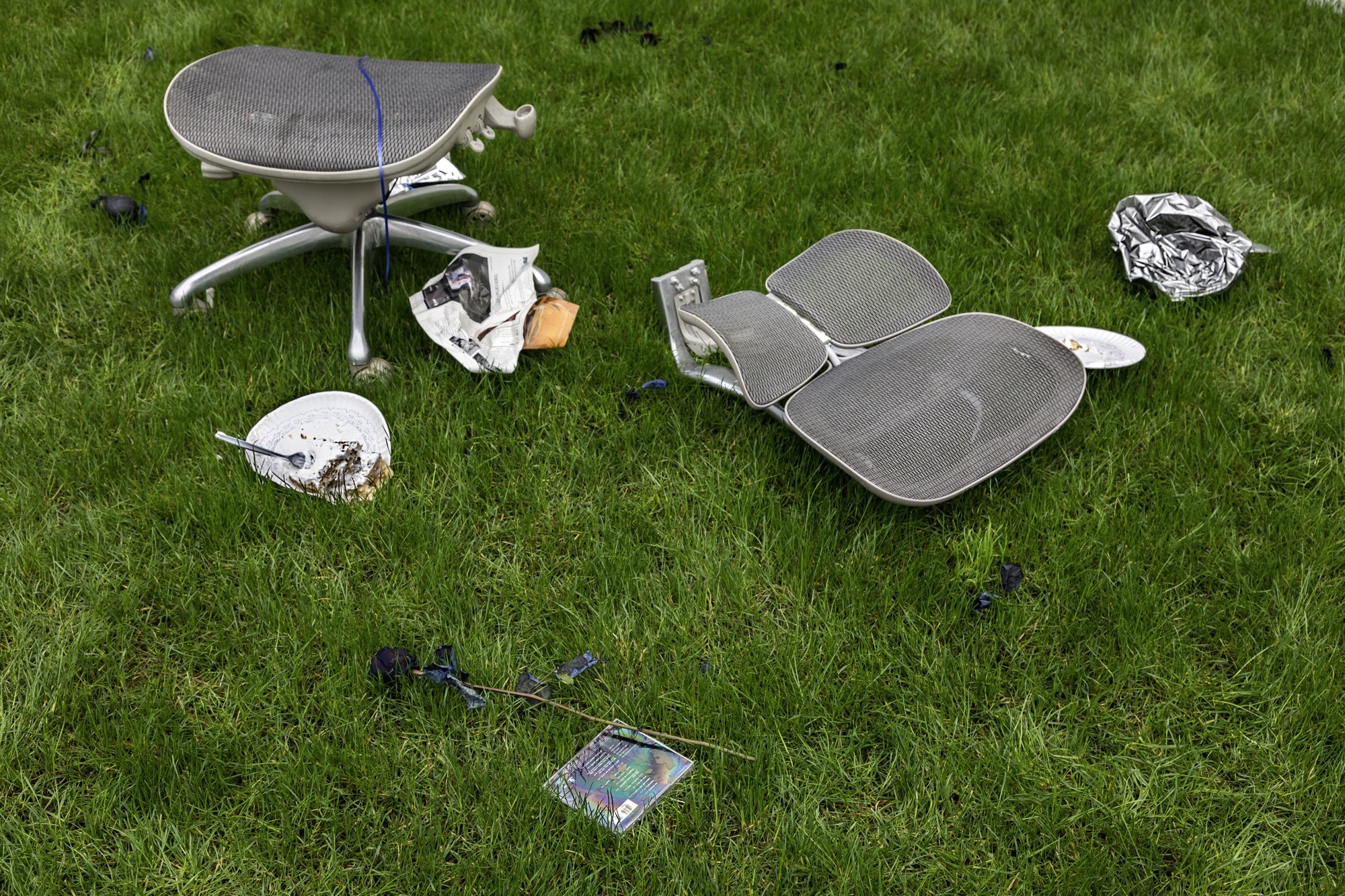 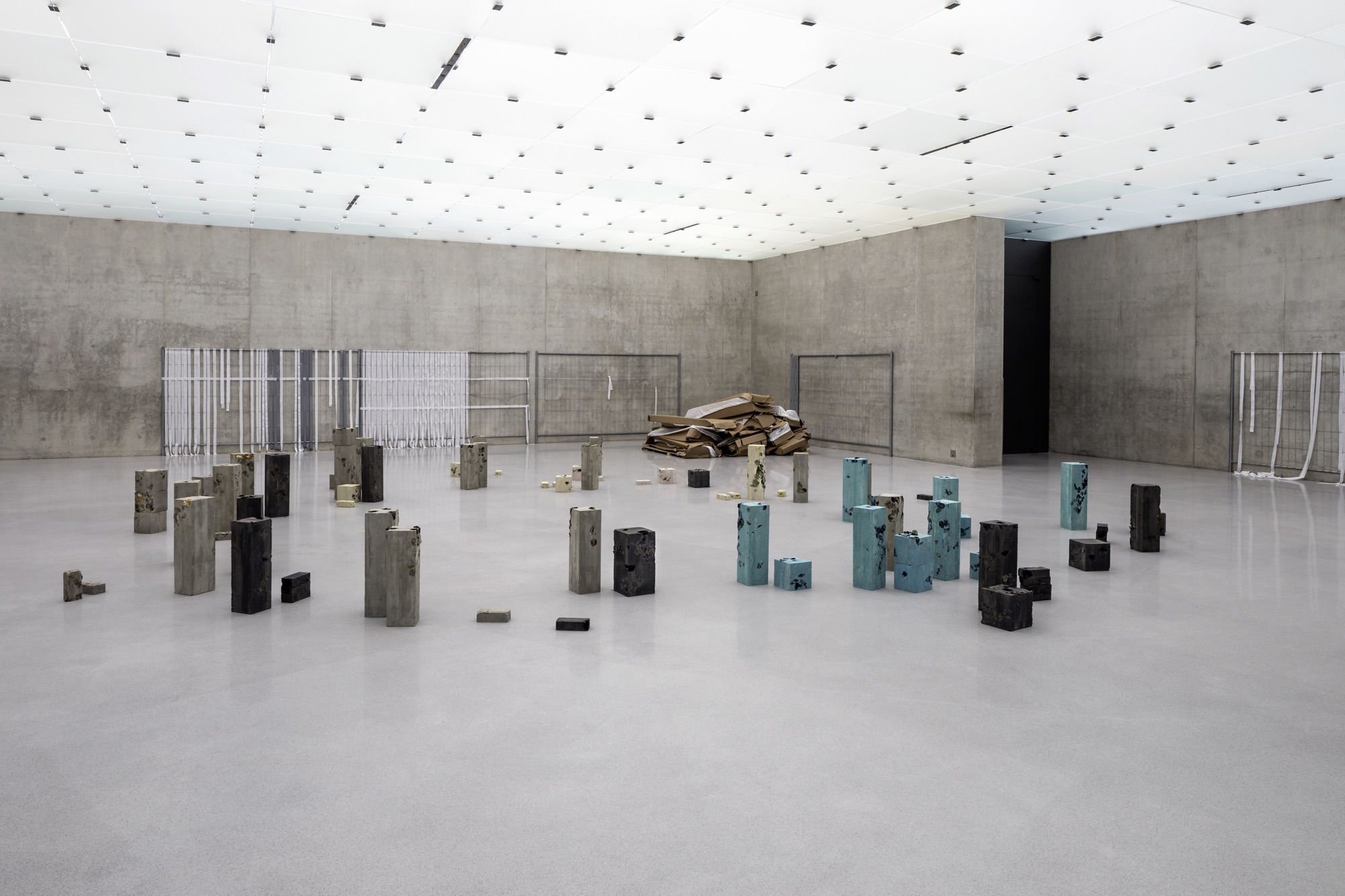 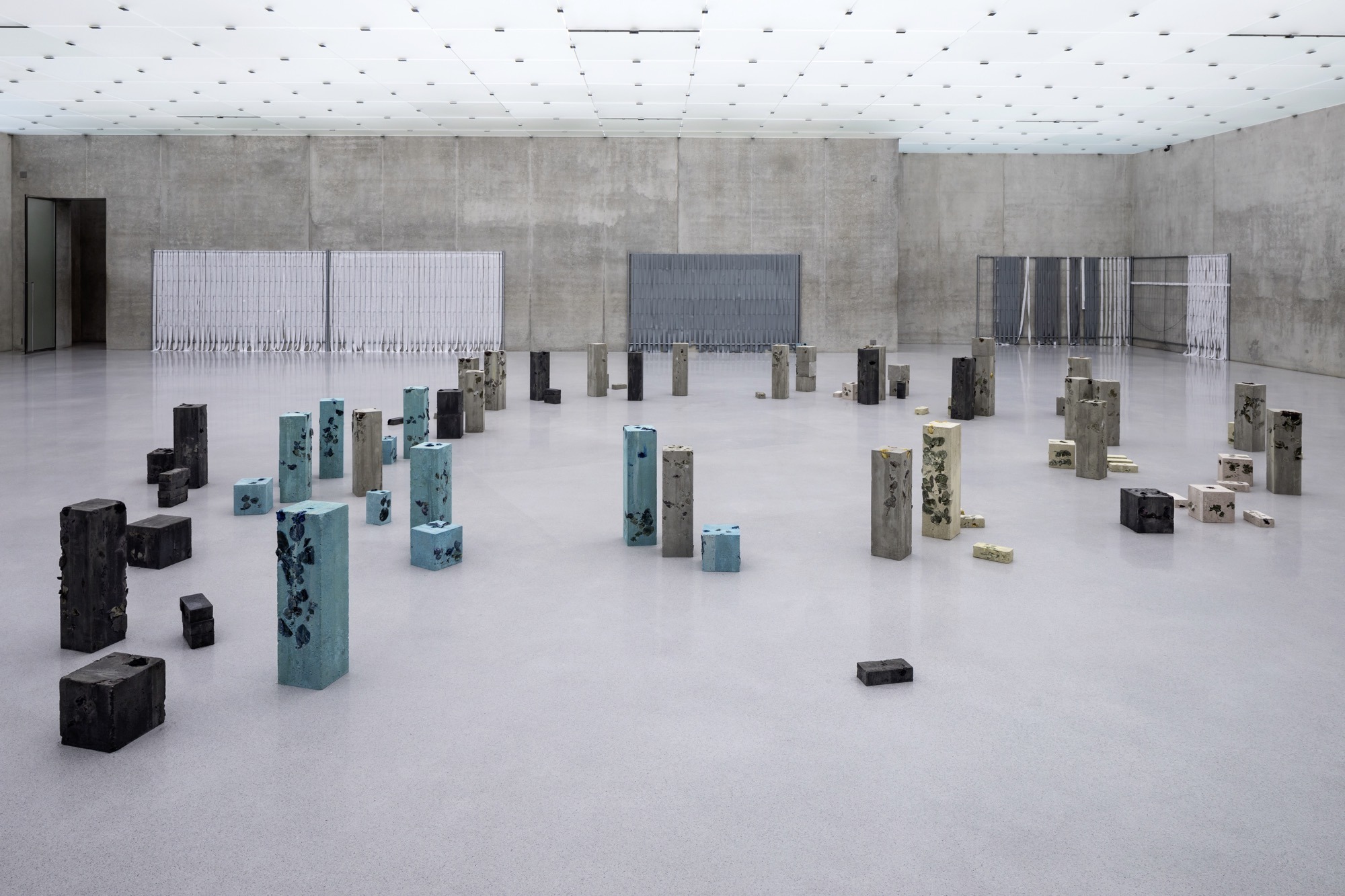 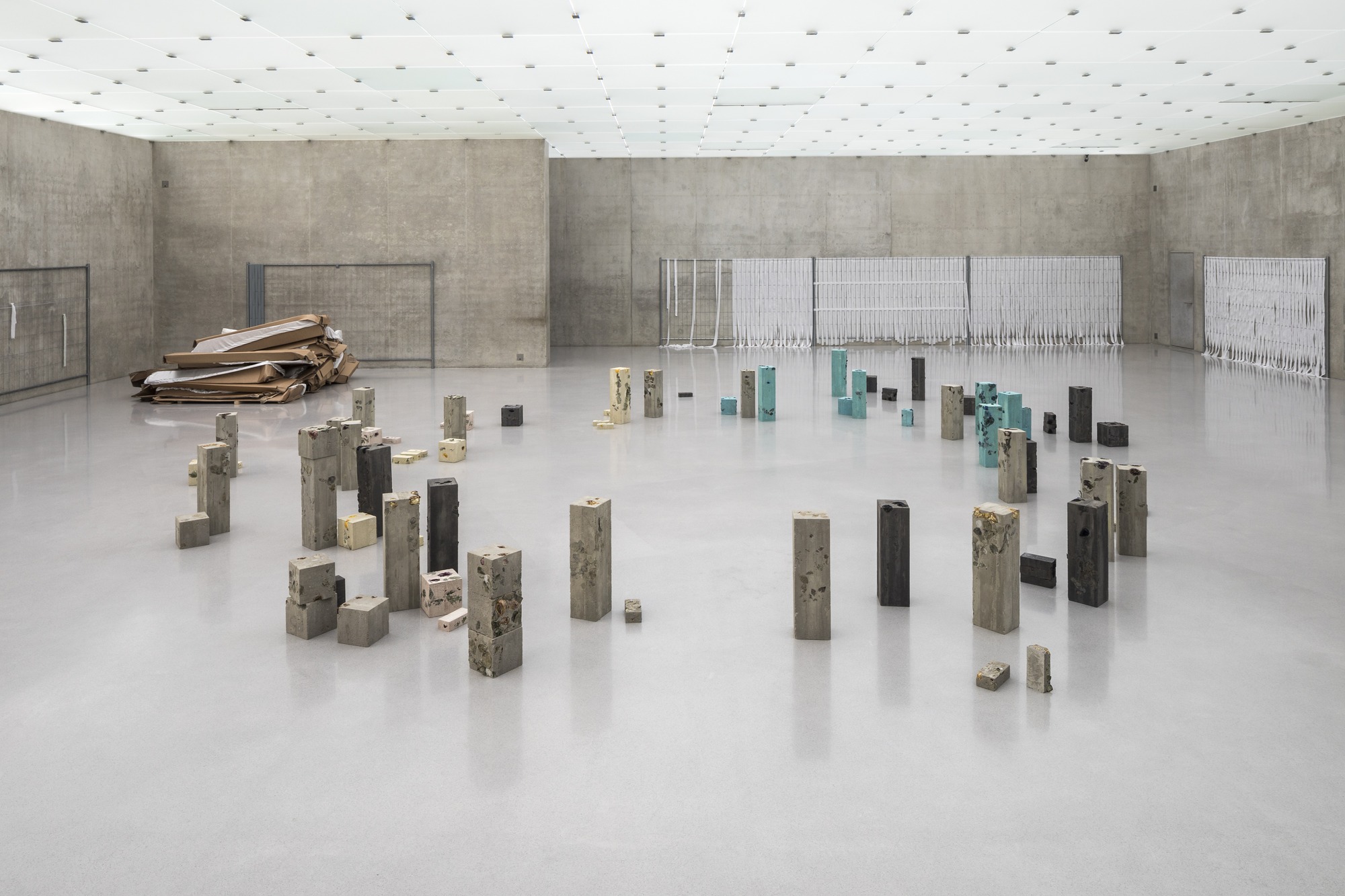 For its first exhibition in 2020 Kunsthaus Bregenz is presenting the US-American artist Bunny Rogers. The architecture and unadorned concrete of Peter Zumthor’s building provide an ideal setting for Rogers’ work, since she frequently invites her viewers into gloomy mise-enscènes. The mood of her work is somber and doleful. Her installations, which frequently incorporate music and poetry, are inspired by figures from the Internet, television series, and video games. The symbolism of the world of consumer goods and the entertainment industry, customarily presented as one that is both safe and profitoriented, is inverted, becoming equivocal, profound, and melancholic. Memory and sensitivity, friendship and imagination are the subject matters addressed in the work. Rogers plays with identities in making a series of portraits of herself that are ultimately 3D models of television characters. She does not present herself as a winner in such works, but rather as vulnerable, capable of suffering, and abandoned.

Bunny Rogers is planning expansive installations across all four floors of Kunsthaus Bregenz, the various scenarios and prevailing atmosphere being inspired by American funerals. The ground floor features heavy curtains, floral wreaths, and black ribboning, whilst elsewhere roses are visible that have been cast in concrete. Crowd control barriers are also employed. A real lawn is being laid on two floors. Soil, rubbish, and withered flowers become metaphors for the poetic and painful, beauty and transience — an art that does not shy away from the eerie, to remind each of us of our own responsibilities. It is a memorial, “objective art is impossible,” according to Bunny Rogers.

Death and mourning may be repressed in modern-day life, but in art they have always been a central subject. Still lifes evoking mortality are part of art history, as are memento mori. Today, digital cults and such phenomena as hysterical bewilderment have replaced conventional means of remembrance. The media seize on mourning, as does art, such as Andy Warhol’s images of Jackie Kennedy at the grave of her murdered husband. On the upper floor water sprinkles from a showerhead. The entire space has been laid with mud-gray, sepiacolored tiles. The scenario that Bunny Rogers is staging is reminiscent of the shower cubicles found in schools or gyms.

This eerily empty, apparently abandoned presentation of the space, with its sometimes distressed tiling, becomes an uneasy tableau, transforming KUB into a unique site that is not merely theatrical, but also a critical and political one interrogating the present.

Biography
Bunny Rogers (born 1990 in Houston, Texas, USA) graduated in 2012 from Parsons School of Design in New York with a BA in visual arts. In 2017 she completed her Master of Fine Arts at the Royal Institute of Art in Stockholm.
Bunny Rogers produces sculptures, installations, videos, and photographs. She has also become known for her poetry, which she presents online and at readings. She has exhibited at, amongst others, Hamburger Bahnhof, Fondation Louis Vuitton, Whitney Museum of American Art, and the Louisiana Museum of Modern Art in Humlebæk, as well as being part of Hans Ulrich Obrist’s project 89plus.