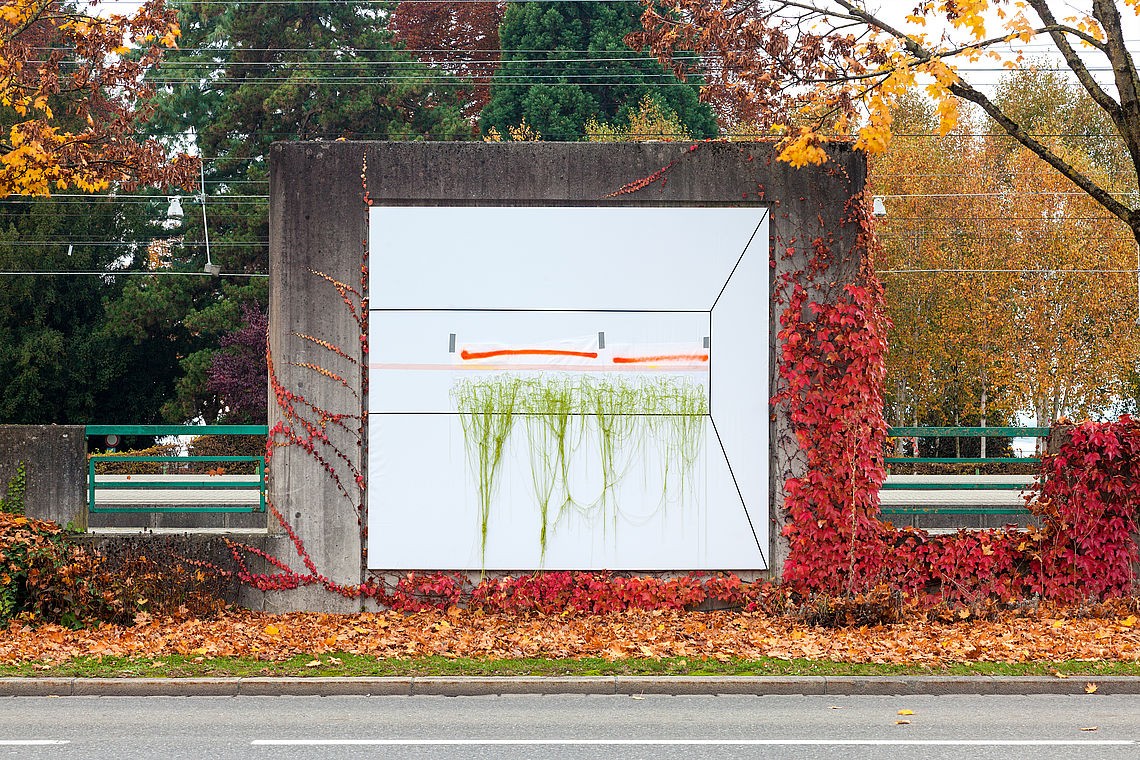 The works by the Paris-based artist Daiga Grantina manifest themselves in processes of continually balancing ambivalence and the alternations between different forms of expression, materiality, and systems of reference. Her recent sculptural ensembles foreground transformative potential in particular, which Grantina uses to undermine clear distinctions between such opposites as fluid and solid, soft and hard, as well as relations between body and language, nature and technology, and interior and exterior.

For the fourth and last project in this year’s series of KUB Billboards Grantina is transcribing her sculptures into two-dimensional pictograms. These graphic deductions were originally conceived for a floor plan of an exhibition by the artist in Riga. Whilst there they were employed as symbolic placeholders for objects in space, in Bregenz they have become autonomous works in themselves: “painted” directly on the billboard canvases utilizing reflective glass beads employed in road markings, the pictograms now appear as discrete pictorial acts. In their materiality – the beads coagulating into lines and images – they extend the logic of Grantina’s sculptures.

Daiga Grantina's visual presentation has been extended by Mary Rinebold Copeland’s audio guide which simultaneously accompanies it, becoming an entire cinematic experience. It is a reading of the third chapter about Angela, a fictitious figure, which for the third time has been the hallmark of the collaboration between the artist and the writer. The audio guide can be borrowed from the KUB ticket counter.

Curated by Eva Birkenstock in collaboration with Lidiya Anastasova.
www.kunsthaus-bregenz.at