Love Is Colder Than Capital 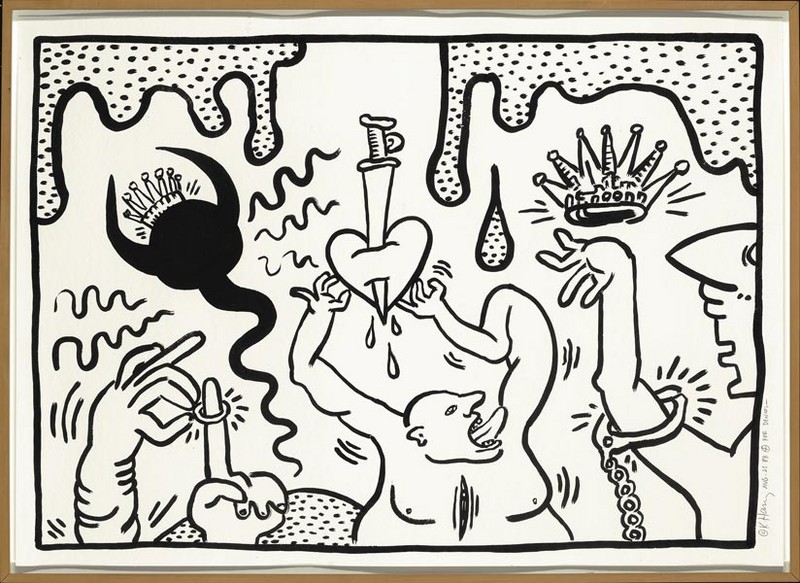 The title of the large-scale group exhibition at Kunsthaus Bregenz Love is Colder than Capital has been filched: it comes from the play of the same name by the controversial post-dramatic stage director René Pollesch, whose works deal with the neoliberal exploitation of the private and the personal by economic interests. More clearly than ever the progressive dwindling of manufacturing production and the steady rise of service-oriented industries call on the emotional commitment of workers, and make feelings—whether purportedly genuine or merely feigned—an increasingly integral part of immaterial, commodity-like products.

Similarly Rainer Werner Fassbinder’s film Love Is Colder Than Death (1969) is also all about love and its relation to money. In what was Fassbinder’s first full-length movie, a complicated ménage à trois of desire and yearning involving the pimp Franz, played by Fassbinder, his prostitute girlfriend Joanna (Hanna Schygulla), and the gangster Bruno (Ulli Lommel), ends in a furious showdown, with the cadaver of one of the three being shoved by the other two out of the moving getaway car.

Emotion, passion, caring, even love, are the ostensible themes of this Bregenz exhibition. At the same time, however, this essayistically conceived show never sidesteps the tricky ambiguities of such sympathy-based concepts. One cannot always tell with the exhibited works whether it is the supposedly romantic idea of »true« love that is at stake, or rather a variant »tainted« by economic or other social aspects. Since the end of the first decade of this century, at the latest, it has become increasingly difficult to draw a line between what is one’s own and personal and what is public. To support this thesis it is not necessary to look to digital social networks, sifting for information about users’ activities, relationships, preferences, and hobbies according to their utility for the consumer and entertainment industries. In other areas of work and leisure, too, so-called soft, emotion-oriented factors are becoming more important economically.

It would be misleading, of course, to then argue that there is an absence of real feelings and empathy within society at present. On the contrary: the desire to create personal and social meaning beyond economic utility is stronger than ever. At the latest since the financial crises in the wake of the 2008 bank crash, the resulting Occupy movement, and the emergence of other groups demanding more social responsibility, the search for alternative models of living has been evident throughout public discourse.

Against this background and the mutual interdependence of art and society, the exhibition raises questions such as: How do artists address the relation between emotion and economy? How do they look at the latter’s assurances of sympathy? How do they reflect the ambivalence of personal and social empathy between the two poles of authenticity and staged seduction?
Some of the works exhibited use presentational and sometimes performative techniques differing little from theater and its stage practices and devices. Many of the installations, objects, and videos have been especially created for the exhibition. Major works by Hans Haacke, Isa Genzken, and Cindy Sherman that are already part of the canon of contemporary art, are also on show. Famous works by the legendary New York artist Keith Haring will constitute a historic highlight of the exhibition, works that gave expression to the relations between love, sexuality, and commerce in innovative pictorial compositions as early as the 1980s.