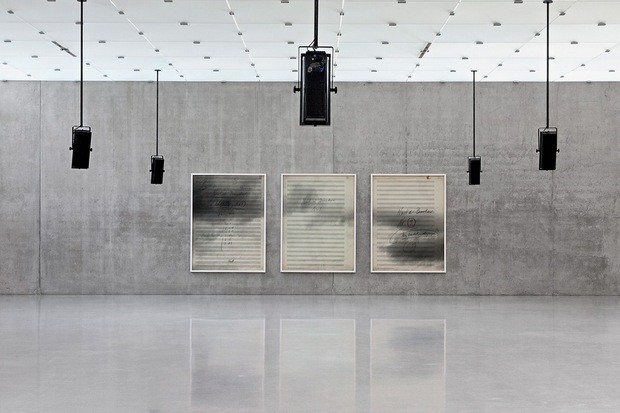 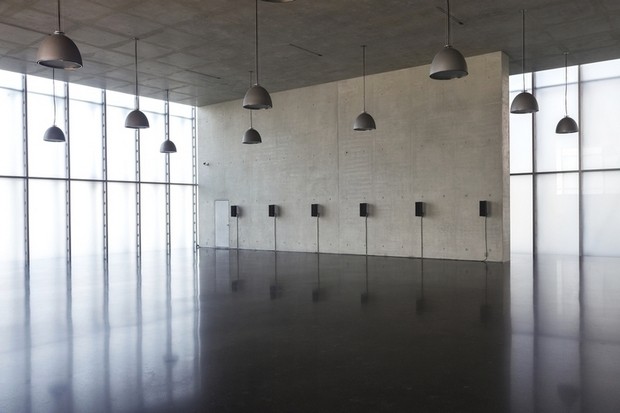 Scottish born Susan Philipsz is one of today’s leading artists. Her work revolves around a melancholic existentialism and explorations of the human voice. She became well-known through a capella renditions of songs. For the Glasgow International Festival she developed Lowlands, after a ballad from the 16th century, which was later recreated at Tate Britain in London, where it won her the prestigious Turner Prize (2010).

The subject matter of memory, trauma, and mourning are ones she has increasingly confronted recently, such as at the Solomon R. Guggenheim Museum in New York, and in Kassel for dOCUMENTA (13). For her new series of works War Damaged Musical Instruments, 2015, she has been employing instruments damaged by war. The point of departure for her current project for Kunsthaus Bregenz is Peter Zumthor’s architecture, an illuminated structure, together with the lake and the fog that is typical of the town. Fog as a metaphor was also the source of the title for the 1955 French documentary Night and Fog by Alain Resnais reconstructing the deportations to Auschwitz and Majdanek. Philipsz has deconstructed Hanns Eisler’s soundtrack for the film into the individual voices of the instruments. Isolated and removed from the overall composition, their timbres fill the seemingly archaic spaces of the Kunsthaus with an almost sculptural presence.