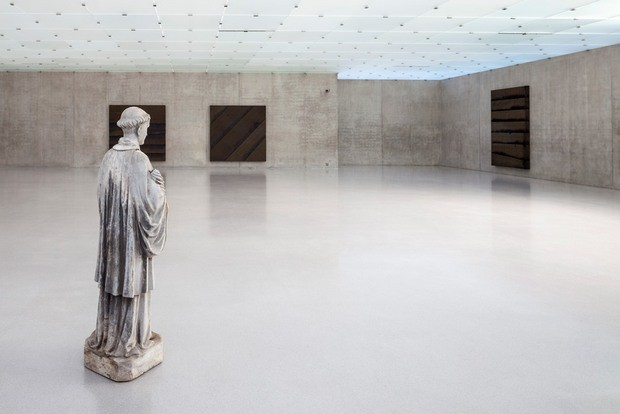 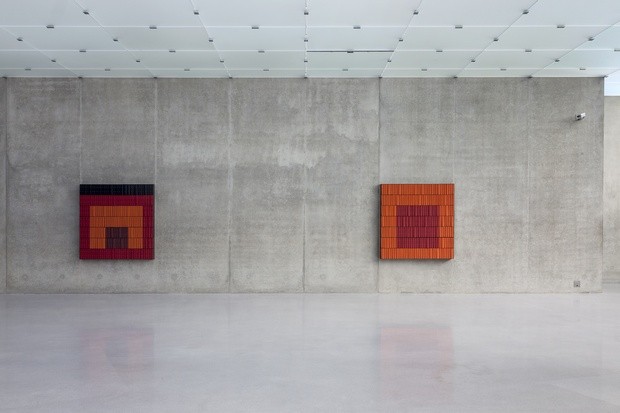 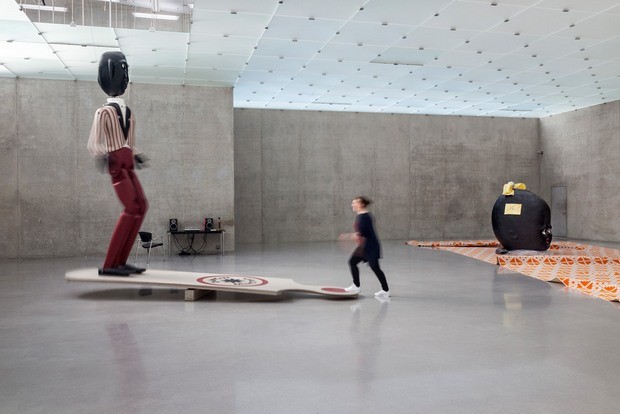 »For as long as I can remember the everyday things of black people have had deep resonance for me. Looking at the collections of dresses in my mother’s closet, my father’s Florsheim shoes, my best friend’s collection of ski gear, my sister’s knives—all these things form my deep understanding of the importance of everyday things. Things that are special or things that are made special because we sharpen them, we shine them, we wrap them in plastic, we care for them, despite their ordinariness. This show for me, and this moment in my career, is about teasing out these moments that allow black things their rightful place in the world. I am honored that people would trust me, not only with their objects, but with the decades of gathering, deep contemplation, and time. It’s from this place of thankfulness and reverence that I start a more critical examination of how the world sees blackness and, by extension, how the world sees me.« Theaster Gates

The head of the black baby doll is only a few centimeters high. The eyes are deep set, her gaze apparently forlorn; arms, torso, and legs remain hidden under the fabric of the pincushion. Theaster Gates has blown up the tiny neckless figure to a hugely oversized work on the third floor of the Zumthor building. It addresses issues of what being black means.

Theaster Gates is an artist whose subject matter is construction and transformations, urban regeneration and the reversal of power relations. The artist became well-known in the wake of Dorchester Projects, a series of vacant buildings on Chicago’s South Side he renovated and rehabilitated with a team of young architects and designers. They have since then housed a library and record collection, offering space for performances, concerts, and culinary events.

In the Event of a Race Riot is a series referencing the US civil rights movement. In May 1963 peaceful black demonstrators were attacked by police using water cannon in Birmingham, Alabama, causing many casualties. Gates presents the folded fire hoses in gilt box frames, transforming the charged material into sculptural works.

In Bregenz, Theaster Gates is showing »Negrobilia« for the first time, a collection of historical figures depicting Afro-Americans in a stereotypical manner. »For me, the collection serves as a reminder of a history and a catalyst for ongoing examination,« he comments. Edward J. Williams began assembling the collection thirty years ago to withdraw the objects from public view.

The Dancing minstrel on the ground floor originates from 19th century burlesque revues. Enlarged to more than four meters high, it is an interactive sculpture dangling from the ceiling, visitors themselves being obliged to dance to activate it.

A statue of St. Lawrence is on display on the first floor, which was rescued from an abandoned church next to Gates’ Chicago studio. He is also showing several tar works, which set themselves off against the gray walls of the Kunsthaus as gloomy icons reminiscent of poorly constructed dwellings, poverty, and damaged lives.

On the second floor, a video of Shirley Temple, Gates has reedited, is being screened. In a scene from The Littlest Rebel, black actor Bill »Bojangles« Robinson dances on some stairs, the white girl imitating his virtuoso footsteps, in another they both tap dance on the street to earn money. Once more Theaster Gates succeeds in transporting a centuries long American subject to issues currently relevant to Europe.

Theaster Gates was born in 1973 in Chicago, where he lives and works. He has exhibited widely, including group shows such asSaltwater, 14th Istanbul Biennial (2015), the Whitney Biennial, New York (2010), dOCUMENTA (13), Kassel (2012), The Spirit of Utopia at the Whitechapel, London (2013), and Studio Museum’s When Stars Collide in New York (2014). In 2015 he was a participant in the Venice Biennale. Major solo exhibitions include To Speculate Darkly: Theaster Gates and Dave, the Slave Potter at Milwaukee Art Museum (2010), Theaster Gates: The Listening Room at Seattle Art Museum (2011/2012), and Theaster Gates: 13th Ballad at MCA Chicago (2013), as well as The Black Monastic residency at Museu Serralves, Porto (2014).

In 2013, Gates was awarded the inaugural Vera List Center Prize for Art and Politics, and in 2015 he won the Artes Mundi 6 Prize. Gates is also the founder of the non-profit Rebuild Foundation. Since 2011 he has been the Director of Arts and Public Life at the University of Chicago and has been awarded an honorary doctorate by the San Francisco Art Institute