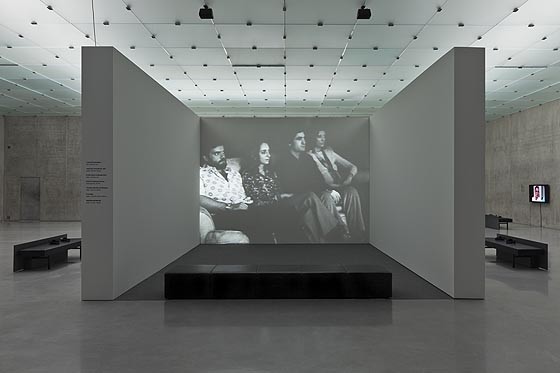 Yvonne Rainer, who is being presented by the Kunsthaus Bregenz in cooperation with the Museum Ludwig in Cologne and the Getty Research Institute in Los Angeles, is one of the most vibrant art personalities of the 20th and 21st century. Born in San Francisco in 1934, Yvonne Rainer had already moved to New York by 1957 to study dance with the legendary Martha Graham and the early Merce Cunningham. Her experiences with the dancer Anna Halprin and with Robert Dunn, a musician who studied under John Cage, and the friendships that she formed there with Trisha Brown, Elaine Summers, Steve Paxton, and David Gordon eventually led to the founding of the Judson Dance Theater in New York. Both personally and professionally, Yvonne Rainer already had close contact here with visual artists, some of whom such as Carl Andre, Robert Morris, or Robert Rauschenberg were involved in her dance pieces, as dancers or in some other capacity.

Yvonne Rainer created surprising choreographies in which she impressively developed an entirely independent language of expression marked, among other things, by the extension of dance to include everyday gestures and activities. The scaling of the work to the human body, deliberate repetition, and the avoidance of strategies of overwhelmment are already conspicuous in one of her early works now considered a milestone of postmodern dance: Trio A (1966). Later incorporated in her evening-length dance program The Mind Is a Muscle, this short work lasting only five minutes appeals on account of the reduction of its movements and the simultaneous technical prowess and understatement of their execution.

In the early 1970s, Yvonne Rainer turned her back on the stage to make movies with her specific type of directorial work uniting fiction and reality, the personal and the political. Yet this did not entail turning her back on the subjects and strategies she had dealt with and implemented there. Her rejection of linear narrative and identification with actors, no less than her intellectual abstracting of emotion are also found in her films.


Since 2000, Yvonne Rainer has been choreographing again, drawing on elements of pop culture, sport, general dance history, and her own works.

While Yvonne Rainer has twice taken part in documenta (1977 and 2007), had film retrospectives at the New York Museum of Modern Art and at the Tate Gallery in London, and her influence on the visual artists – above all on a younger generation – can hardly be rated highly enough, there has been no big survey exhibition in Europe to date that attempted to establish the significance of her complex oeuvre for art history and to do it justice in terms of its current relevance.

The exhibition curated by Yilmaz Dziewior and Barbara Engelbach in Bregenz and Cologne will change this. The show will present photographs and film documentations of stage works, notebooks, dance scores, scripts, and movie and exhibition posters. Kuehn Malvezzi will be conceiving the exhibition design.

In addition to the rare chance to see works by Yvonne Rainer performed live, all of the artist’s films are to be screened at the Kunsthaus Bregenz. All in all this many-sided project will offer detailed and far-ranging insight into the legendary work of Yvonne Rainer. The exhibition will be showing at the Museum Ludwig, Cologne, from April 28 to July 29, 2012.
www.kunsthaus-bregenz.at