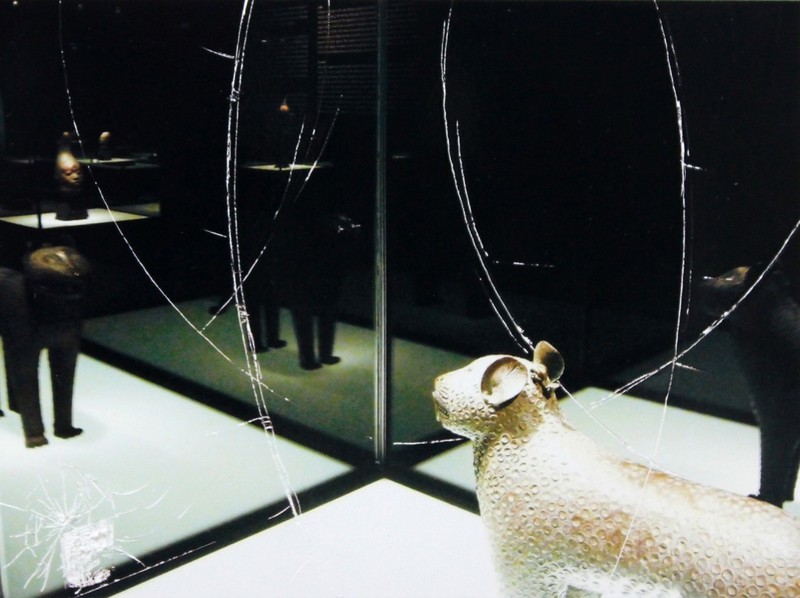 Kunsthaus Dresden – the Municipal Gallery for Contemporary Art – has launched the trans-national research, art and exhibition project Artificial Facts, in conjunction with a group of artists, ethnologists, historians and curators from South Africa, Benin and Germany.

This collaboration with the artists collective Artefakte//aktivierung, comprised of Brigitta Kuster, Regina Sarreiter, Dierk Schmidt, and their project partners, Burning Museum and Memory Biwa in Cape Town, South Africa, l’École du Patrimoine Africain (EPA) and Didier Houénoudé in Porto-Novo, Benin, will give rise to three activations in Cape Town, Porto-Novo and in Dresden as well as an exhibition under the stewardship of the curator, Sophie Goltz, and the artist Georges Adéagbo at the Kunsthaus Dresden.

The process focuses on various objects from European and African art collections, whose historical origins are geographically or ethnographically directly linked to Europe’s colonial past and its legacy. What is of interest is their status both past and present – whether as trophies or as evidence of an emerging scientific discipline –, the biographies of such objects, and ultimately the present-day conventions and future potential for their display in exhibition settings.

Postcolonial theorists, activists and critical museology alike increasingly insist on a critical approach to the history of these collections, to their provenance and exhibition practices as well as to the fundamental legitimacy of such collections and museums’ policies in this respect. In Germany, for instance, the critical examination of, and dissent towards, Berlin’s Humboldt-Forum was an essential factor in instigating this project.

The activations – scheduled to take place in three locations, Cape Town, Porto-Novo and Dresden – will serve as a platform with which to probe new artistic forms of action and cultural approaches involving experts and partners from diverse African nations. By means of this experimental format, a specific collection object, which to date remains a “bone of contention”, will be ‘activated’ and serve as an example so as to delineate the ensuing forms of interaction that could transcend, to quote Derrida, “an essential coloniality of culture”.

The crucial questions to be addressed are: What is the current situation with human remains, which thus far have been stored as research materials by a racist-leaning medical anthropology in many European museum depots? What conflicts and dilemmas await us whenever such human remains from a seemingly bygone material culture surface as historical witnesses? One focal point of the discussion under the spotlight during the two-day event in Cape Town (Break this Unbearable Silence! Restitution / Repatriation & Human Remains, on September 27-28, 2014) will be the circumstances surrounding the return by the Charité – Berlin’s oldest and most prominent medical faculty – of preserved human remains from their anthropological collection to Namibia in 2011 and 2014.

Access to cultural heritage and the conspicuous absence of concrete objects will be the focus of the second activation in Porto-Novo (Dis / missing the Links! Valorisation, Heritage & Absent Objects on October 6-7, 2014.) Its starting point will be the notable case study concerning the questionable ownership claims of bronze and ivory artefacts stolen in 1897 from a royal palace in Benin – located in present day Nigeria – during one of the United Kingdom’s colonial wars and subsequently auctioned off for high prices on the European art market.

What constitutes an artwork and what differentiates it from other works of human endeavour? What, if at all, can a discourse led by artists from the diverging European and African perspectives convey, and what difference does art create in the process? The third activation in the series, Art as a Universal Problem Solver, scheduled to be held in Dresden in June 2015, confronts multiple issues: the question of a possible role for contemporary artists and how they could engage with the process in which historical and present-day values are determined and the strategies involved in presenting these collection pieces to the public in a museum context.

In addition to the activation, the exhibition at the Kunsthaus Dresden brings together a synopsis of works by artists dealing with the historical circumstances and underlying ideological contexts regarding the manner of presentation and approach to ethnographic collections and objects in museum displays. In line with the activations’ experimental format, the quest for a process-based and yet sustainable line of practice is likewise a central theme. Starting with the unease regarding the perpetuation of colonial traditions and the ever-present sense of entitlements in many European museums, whether in terms of a restructuring of the collections themselves or a clarification in relation to the ownership of the collection items, the Dresden exhibition will touch upon issues such as their appearance at exhibitions, in catalogues or online data-banks and examine whether the promise of full-participation and transparency has been fulfilled. Furthermore it will delve into the topics of denial and not-exhibiting, while appraising the potential for artistic research and fictionalisation as the fundament for the creation of new visual relationships as well as for forging political and cultural narratives of equal value in dealing with colonially re-shaped objects between Africa and Europe.

Artificial Facts is a joint project by the Kunsthaus Dresden – Municipal Gallery for Contemporary Art – with the artist collective Burning Museum in Cape Town (ZA), l’École du Patrimoine Africain Porto-Novo (BJ) and the University of Abomey-Calavi in Cotonou (BJ).

Dresden Activation on the Theme: June 2015

Art as a Universal “Problem-solver”?