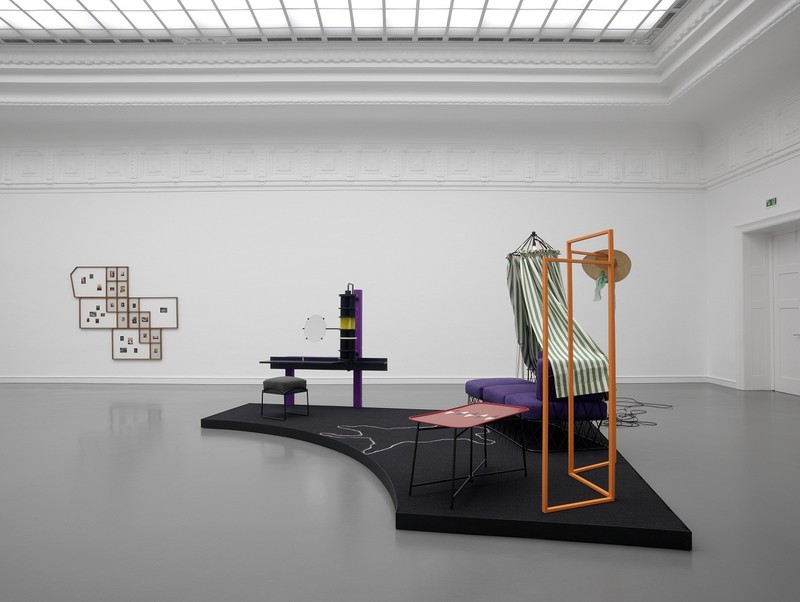 ”Various Stages – Bedingte Bühnen“ focuses on the performative conditions of contemporary art. The project is the conclusion of a three-part exhibition series at Kunsthaus Dresden – Municipal Gallery for Contemporary Art. The series deals with specific conditions and their inherent potential for hosting an exhibition, artistic production and performative practice. “Various Stages” includes an exhibition, a salon and a festival. The three different formats of the project set the conditions of staging and reception of artistic works in motion. Only their thematic and sometimes even spatial interaction with one another enables “Various Stages”. The title of the project thus refers to the two differing meanings of the word ‘stage’: it is both an arena and a phase. In the exhibition “Settings” international artists focus on the stage as a sculptural form and create parameters for potential scenarios. The results are compositions that correlate partially to the autonomous artist’s space, and partially to situations that initiate an imagination zone, an interruption or a movement. The exhibition is understood as a narrative structure, which comprises all phases of its production. During the exhibition “Salon Rähnitz” will take place on a weekly basis. The direct meeting of artists, audience and curators, allows for a discourse a propos the works; films are being screened, performances staged and scenarios developed. The three day festival “Test Run”, in cooperation with Muzeum Sztuki in Łodz, finalizes the project.