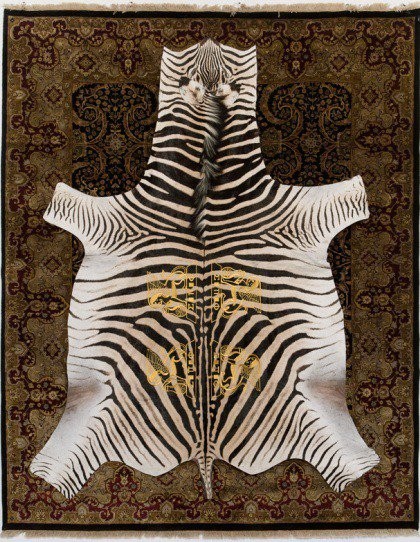 This group exhibition brings together eight Swiss and international positions concerned with objects that have connotations of colonial history and their integration into bourgeois cultures. Collections of exotica have a long, constantly changing tradition, from powerful representation to fetishist or trivial and banal decoration. Possessing an exotic object is an imaginary entry into another world and a sigh of the knowledge, power and wealth of the new owner. It is almost always a matter of the fascination of the exotic, wild and primordial. Exotica evoke in the viewer a romantic shudder of an exciting and mysterious otherness. Major currents in art history – especially Primitivism in the 20th century – have been inspired by this fascination. At the same time, since Claude Levi-Strauss’s “The Savage Mind” and “Tristes Tropiques”, there has been a discourse on change in contact with western culture. Today, under the key word of “globalism” the question arises as to whether marketed and instrumentalised artefacts are still able to convey authenticity. The borders between authentic cultural inheritance and tourist kitsch are becoming increasingly blurred. Mass-produced exotica, now often used in contemporary interior design, evoke a “Back to the Roots” atmosphere and even contain a latent criticism of civilisation.

When artists concern themselves with such themes, it is in the sense of alternative views of the relationship between cultures and their objects. They reflect rather a multiple break in the longing for the original, various references to art history or a criticism of conventional reception history. Almost all works in the exhibition are concerned in a very personal way with colonial influences in western culture. At the same time, with their multiple references from the history of art and its reception, they can be integrated into an expanded post-colonial discourse. The artists use the meaningful objects and items such as rugs, vases, masks, jewellery, cards or plants, often collected during voyages of conquest perhaps as trophies and today as tourist souvenirs, as the starting point for a preoccupation with conventional mechanisms of representation and identity constructs. In doing so they refer rather to the quotation than to the original and in some cases even concentrate on formally citing and stylising objects and stereotypes. In all cases the objects move between the poles of cultural originality and western representational aesthetics.
www.kunsthausglarus.ch