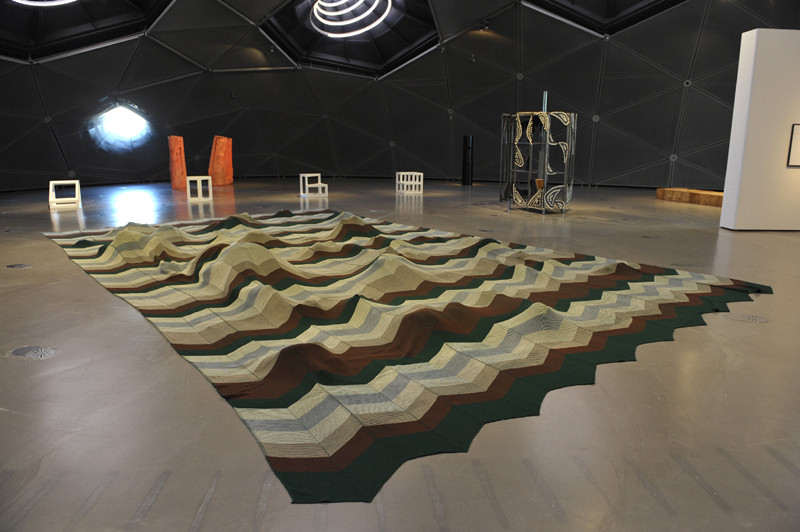 The term “anti-form” in the 1960s represented the abandonment of the traditional concept of art and sculpture. It was a radical challenge that opened doors to new aesthetic worlds, and was followed in the 1980s and 1990s by a further wave of novel sculptures whose influence is still perceptible today. Our Anti/Form exhibition illustrates by means of significant examples from the large MUMOK collection in Vienna the way the concept of sculpture was developed and redefined. Works of completely different artists from several decades show how a radical gesture became a new paradigm with an idiom of its own. What initially bordered on the outrageous in the context of Robert Morris’s Anti-Form manifesto and Harald Szeemann’s exhibition When Attitudes Become Form is now an important basic foundation for an increasingly globalised art.

This MUMOK guest visit in Graz is a first for a federal museum’s collection. It is no accident that it comes right at the beginning of the Joanneum Bicentenary year, during which the Joanneum’s own collection of modern art is likewise due to play a leading role with re-opening of the Neue Galerie in Graz’s new Joanneum Quarter.
For Anti/Form, we have quite consciously selected this particular group of sculptures for the Kunsthaus Graz, a building designed by Peter Cook and Colin Fournier in the spirit of the Archigram group, whose philosophy was the one of the closest equivalents in architecture to the radical thinking behind the sculptures concerned.