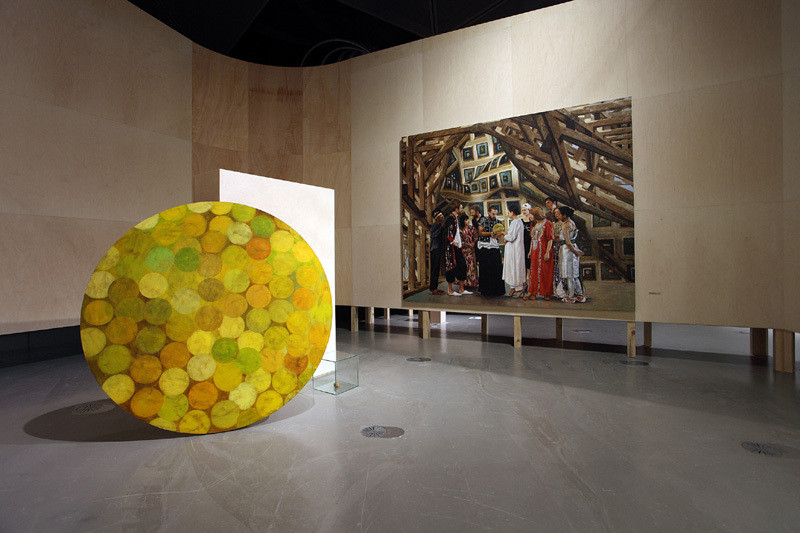 The alchemy of things is at the core of a multimedial project by the German artist, Antje Majewski (1968) which aims at rethinking the representation and meaning of objects in the form of a highly personal and quasi surreal collection. In other words, based upon the investigation of various museums and collections, including the profound research into the encyclopeadic structure of the 200-years old Universalmuseum Joanneum, her (private) collection of inanimate objects is the artist’s utopian and subversive (and a seemingly absurd...) take at how to make objects talk. Thus Majewski’s own private museum is a sort of language laboratory – a rhizomatic structure of multilayered connections, a hybride of babel and aleph which sums up an advanced museological experience as beyond-spiritual, universal and hyper semantics.

Realized within the pavilion-like architectural structure that combines painting, video, installation and a book, Majewski’s project refers to a variety of museum’s patterns, including the museum as a place of magical practices (such as, amongst others, a self-reassertion in regards of the current order of things), or the museums as a site of disrupture and cultural displacement regarding former or other orders and use of things. Systems of classifications / systematizations / symbolic orders are revisited through an almost hallucinatory process of questioning and question-posing, regarding the objects‘ ontologie(s):
If we multiply the stories around an object, could this reveal it’s thingness in the center? Could it be possible to grow inanimate things in your garden? Is it possible to replace all inanimate art objects by one living object? Is there really a difference between inanimate and animate objects? Can objects speak? Does all matter think? Can we create objects that connect their thinking with ours?