A digital exhibition in the "Darknet" 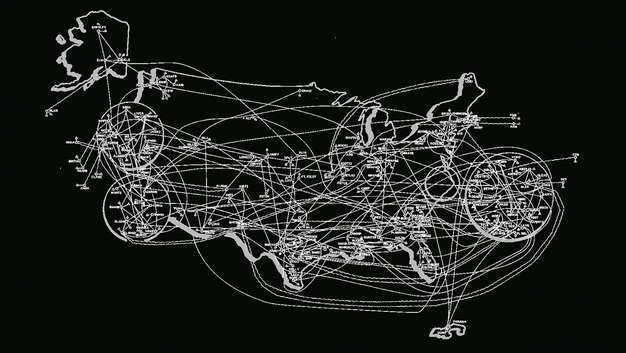 Indubitably ideologically charged, the so-called "darknet" has become an ambivalent space of desire. It functions as a cipher for uncontrollable threats from an obscure digital realm on the dark side of global networks, yet at the same time it can be read as a digital subconscious filled with the real and imaginary flip-side of a purported culture of transparency.

This invariable transpires in clear conceptual opposition to those transparent digital spaces that can be found using common search engines, unlike the content of the "darknet" with its apparently shady, criminal and politically subversive Internet. It echoes the symbolism of the Enlightenment era in which the topos of intellectual illumination is posited as an antithesis to the darkness of the primitive, uneducated, criminal, deviant or subconscious.

Such binary, quasi-Manichean, dichotomous language recalls the era of European Imperialism which filled up the blank areas on world maps with its own projections, the terrae incognitae that formed the "dark continents" based on a purely Eurocentric perspective. In addition, the motif of the subjective travel report on uncharted territory is equated with a movement towards psychological and civilizing origins, where violence and sexuality define a landscape that is both threatening and seductive. Even today, as global interconnectedness and transparency serve the utilisation of both material and human resources, dichotomies of this kind legitimize and obscure neo-colonial endeavours.

The digital exhibition fiber and liquids assembles numerous artistic positions that explore the complex relationship between marginalised spaces and strategic retreats, between global interconnectedness and its neo-colonial gaps, big data and informal knowledge systems, digital transactions and their local and physical contextualisation.

Works by Graeme Arnfield, Laura Balboa, James Bridle, Louis Henderson, Till Krause, Tuomas A. Laitinen, Christian Sievers and Suzanne Treister deal on different levels with questions of visibility and invisibility of people and identities, processes and resources. They touch upon the issue of hidden relationships between digital and spiritual worlds, describe the topography of networks and the suppressed economic and historical foundation of Western information society.
www.kunsthausgraz.at