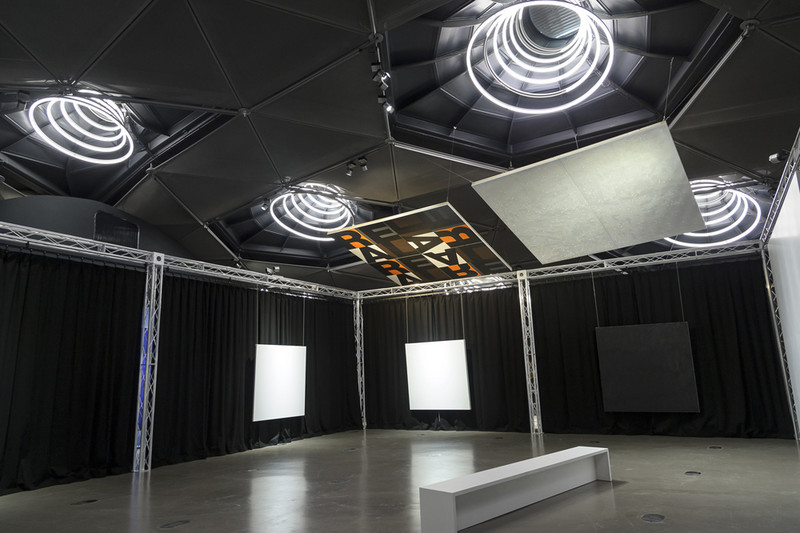 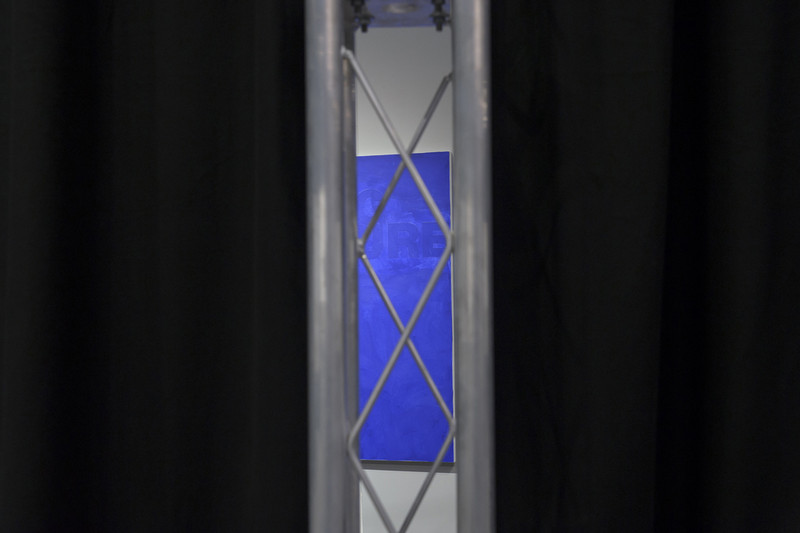 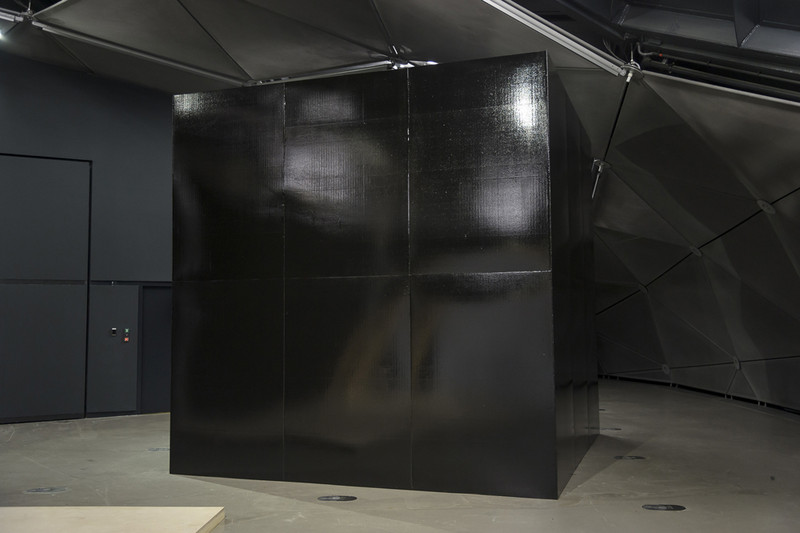 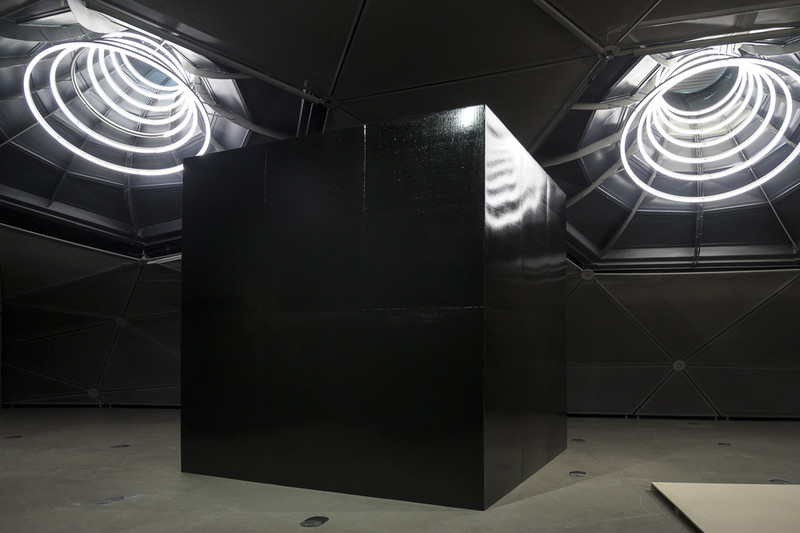 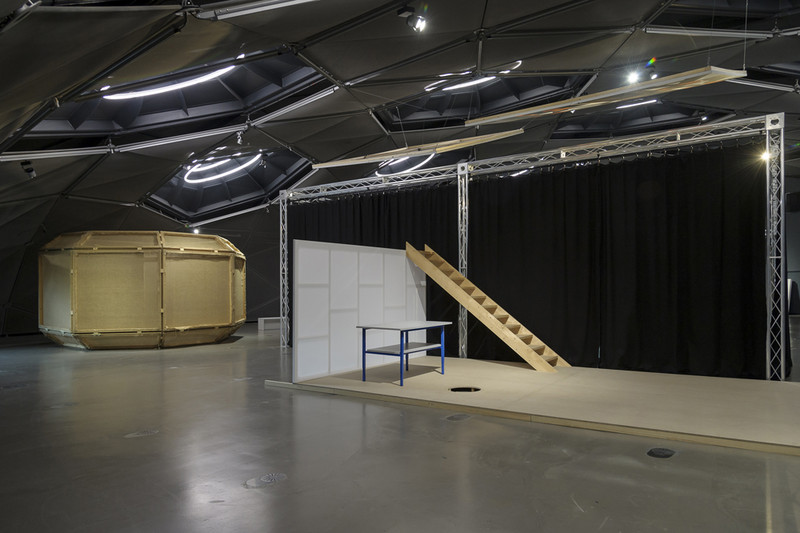 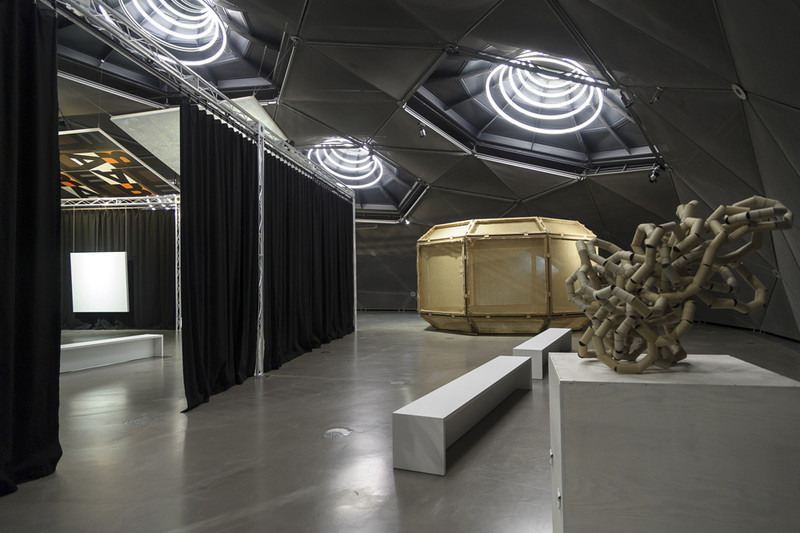 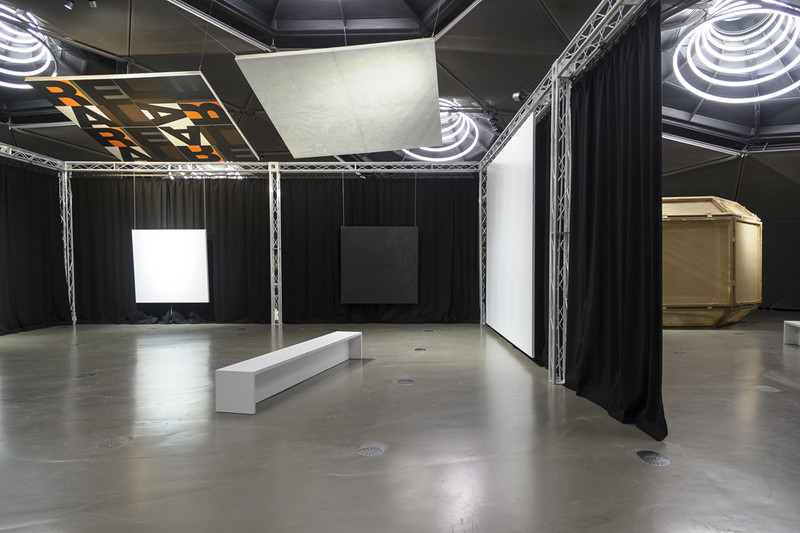 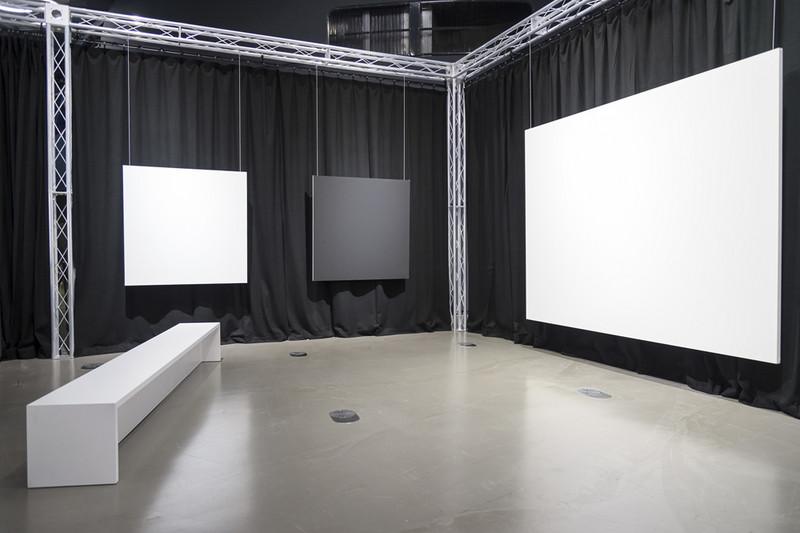 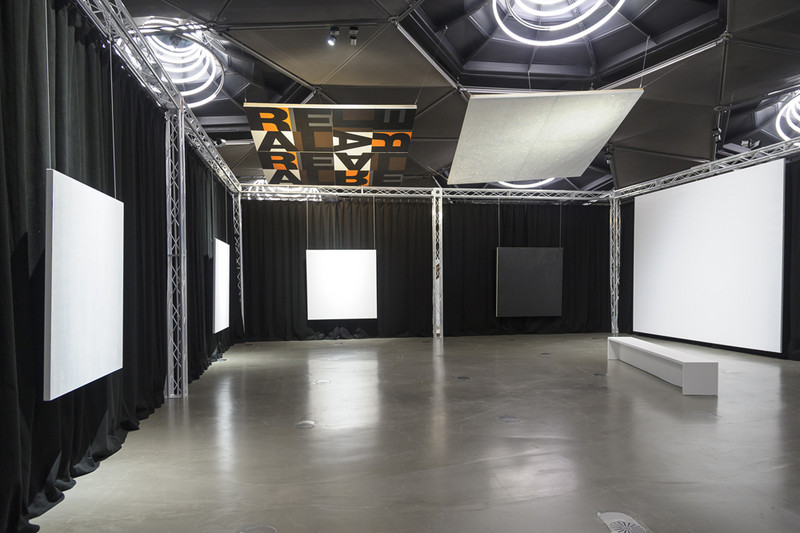 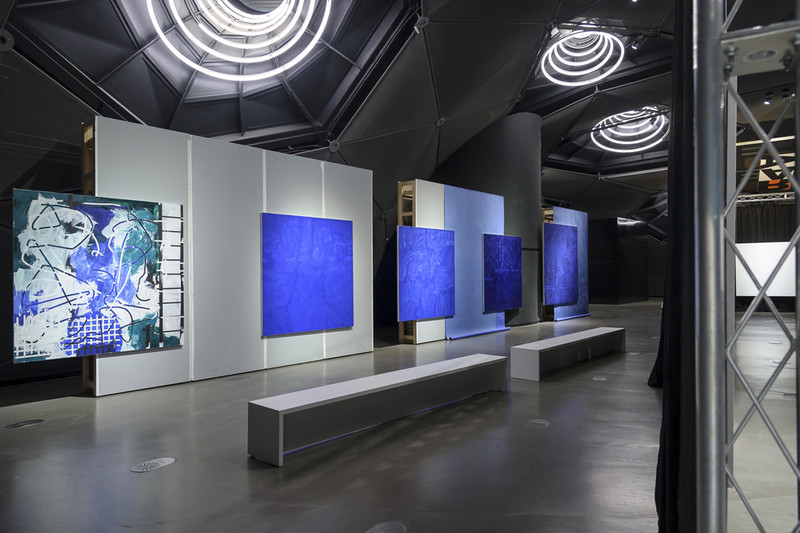 Heimo Zobernig
Exhibition view at Kunsthaus Graz 2013
Photo: UMJ / N. Lackner
An art exhibition is more than the sum of the works it presents. This insight may not be new, but hardly any artist lives this as consistently as Heimo Zobernig. In over 30 years of exhibition activity the Austrian artist (born in Mauthen in 1958, lives in Vienna) has uniquely understood how to preserve his multi-faceted work and its significance from the rigidity of an ‘œuvre’, and to remain mobile in contexts that have altered. The pragmatism and casualness that superficially seem to be revealed in the works of Zobernig are thwarted by a playful interaction with the concept of sculpture, which – studded with historical references and quotes – always raises more questions about the legacy of modernism and the present in a literal sense, than it offers answers.

This flexible approach to his own work be comes apparent above all when Heimo Zobernig designs an exhibition like this one for two such different places as the neo-classicist Palacio de Velázquez of the Museo Nacional Centro de Arte Reina Sofia in Madrid and the organically formed Kunsthaus Graz. Particularly as the floor, on which a sculpture stands, is of as much interest for Zobernig as the sculpture itself, his installations are never chiselled into stone as such, but change with the setting concerned and the altering conditions. Thus Zobernig’s work is as varied as the roles into which the artist himself slips within his projects: graphic artist, stage designer, director, architect, painter, sculptor, curator or critic – the heterogeneity of art and its media is the basic motif of his entire work and shifts the oft-cited theatrical aspect of his œuvre into the foreground. For Zobernig’s settings are not to be reduced to objects, pictures, films and installations, his interest in spatial relations links his work to a critique of institutions, architectural considerations and a scrutiny of art’s physical spaces.

In this way Heimo Zobernig does not aim to unite the arts, but rather through blending the media and by a wide range of allusions to modernism, he produces small shifts and variations, which when looked at create the deceptive sense of familiarity and alienation. For a series of rather similar canvas pictures, for example, Zobernig uses monochrome and pure colours, ‘dots’ these, however, with linguistic signs, which when examined more closely form such notions and challenges as PERFORMANCE, SCULPTURE, FINANCIAL TRANSACTION TAX or FUCK PAINTING.

Hung on in-house partition walls, which carry clearly the traces of past exhibitions, the paintings merge with the contents formulated on them, and with their physical surroundings. This is an example of how the medium – in this case painting – is able to move beyond its borders in Heimo Zobernig’s work.

The catalogue to the exhibition is also freed up by Heimo Zobernig through a non-conformist design of the constraints which are found in the book medium, and the common notion of what a book is, should be and must be able to do. Closely collaborating with the artist and Jürgen Bock, the guest curator of the exhibition in Madrid, the German-Portuguese graphic artist Arne Kaiser has designed a comprehensive work, which using the artistic biography, attempts to pin down Zobernig’s changeable œuvre, with out thereby sealing it hermetically. The catalogue (€ 35,00) is available in German and English at the Kunsthaus Graz Shop.