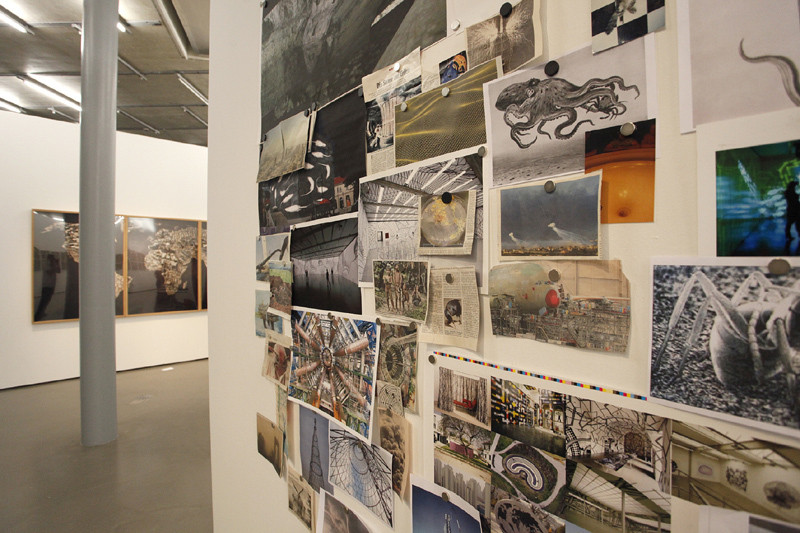 Museums classify, collect, group, consider and exclude. Reference systems are set up, and, with these, charts of an interpretable world are constructed. As part of their founding educational role, museums enlighten and, on a basis of facts and references, form an interpretation of their own existence given the conditions they find themselves in. Thus museums, like all exhibitions with the things they contain, set themselves up as pared-down portrayals of the world, becoming catalysers of a possible understanding and revelator of abstract realities, which – particularly in contemporary art – stand in a double Foucault-style space-time situatedness, and can be seen (both in terms of organization and inherently in the works) as part of a temporal and ongoing institutional debate. Particularly in recent times, artists have constantly and critically challenged this knowledge-storing duty of museums, examining it for its exclusiveness and excludableness, and have explored museum collecting as an artistic strategy of its own.

People have endeavoured since primeval times to classify the confusing diversity and simultaneity of their impressions, observations and feelings, and to give them permanent shape and system. The earliest human systems artefacts are animal bones displaying regular, rhythmic incisions, and ‘counting stones’ bearing evenly applied ochre-coloured dots. Thus things were collected, processed and stored according to a defined pattern so as to save them from the depredations of time. The aim was (inter alia) to gain a better understanding and appreciation of the world around – in all its confusing and dizzying complexity – and in the best case pass that knowledge on so it would survive one’s own lifetime and stand the test of time. The goal of the systematising principles was thus to expound knowledge and facilitate higher-level cognitive insight – knowledge about how the world functions, has functioned so far and will continue to function with logical consistency and maximum certitude.
But making or inventing a system also constitutes a declaration as to what the world is and isn’t like. Any attempt to design an ordering system thus has ontological implications. It sets up a viewpoint or outlook on the world. And this is the very point at which pictures play a key or crucial role in the design of ordering systems and the generation of an ontology. Images are views of the world whose specific structure generates, produces and renders visible a view of the world. Works of art that produce ordering systems or develop systematic structures generate an ordered image of the world.
It is in this sense that the exhibition looks at the way contemporary art designs ordering systems and focuses on the act of measuring. This mapping process, which leads to a pared-down portrayal of connections and the interrelationship of meanings, acts as a symbol and the mirror of the human brain structure, with the analytical aim of discovering a single higher-level (ontological?) structure of knowledge. Ultimately, this makes the question of a difference between scientific and artistic systematizations of knowledge the implicit theme of the exhibition, in that artistic systematizations endeavour chiefly to facilitate an aesthetic experience of ordering interconnections where on the one hand the world as it appears to artists in their work can be better understood and interpreted, and on the other hand the self, which is part of the world, acquires important aspects of its personal, social and cultural identity.
In this way, connections to do with the intrinsic conditionality of the body, material, time, space – and also of an aesthetic experience – are gauged and measured in the works of the various artists. In a time frame from the late 1960s to today, cross-references open up in turn for the exhibition space that, retrospectively and in themselves, register whole cosmoses and mutually condition each other culturally and in terms of art history.
www.kunsthausgraz.at