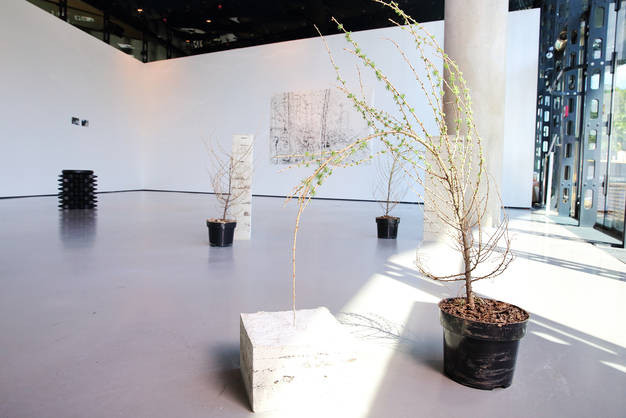 The Ausseer Land and its environment has lost none of its picturesque appeal, and has salvaged a collective political history. In the mid-1940s, a great many actions both for and against Hitler’s fascist rule were concentrated here. Parts of the partisan-like resistance used the impassable areas of the high mountains as retreat. Also high-ranking National-Socialists were hiding in May 1945 in the mountains or lived anonymously in the region. Likewise a burning lens many events culminated as for instance art robbery, betrayal, active and passive resistance, escape and murder. These complex and ambiguous times have normative effects on our political system until today. 2015 marks seventy years years since Europe’s liberation from national-socialist totalitarianism, at which point only few living witnesses will remain.

The art project Political Landscape keeps alive the memories and collective memory in the context of Salzkammergut’s landscape. Parts of the project will be located in the valley, and another part in the high mountains, a third part will be presented in the Kunsthaus Graz.
www.kunsthausgraz.at