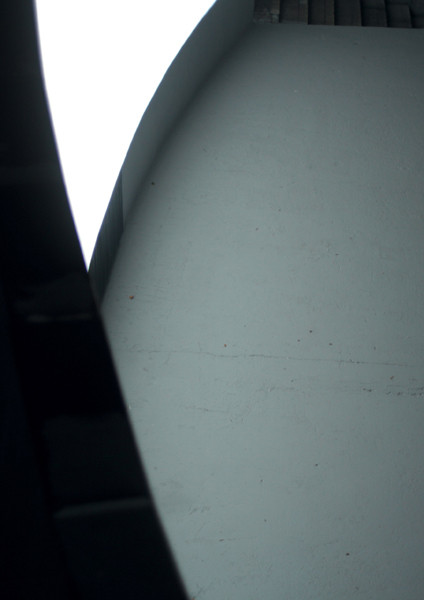 Thus the film that provides the exhibition title, Cut A-A’ deals with the spirit of Socialist Modernism and with a cinema that is associated with a museum, is seemingly utopian and has fallen out of favour. As a highly precise journey in formal terms through the depths and chasms of space, it is devoted to the filmic language of transcending light as well as to an abstract recreation of a look at the expressiveness of architectural form. The film, which forms the basis of the trailer for the Diagonale 2012, will finally be shown in autumn 2012 in its place of origin – the Open Air Cinema of the Museum of Modern Art in Bratislava – before this venue is demolished and assigned to oblivion.

Thorsen’s works oscillate between a perceptible copy of reality, and possible fiction – and in this way they open up new realms of association right in front of the viewer’s eyes.
www.kunsthausgraz.at