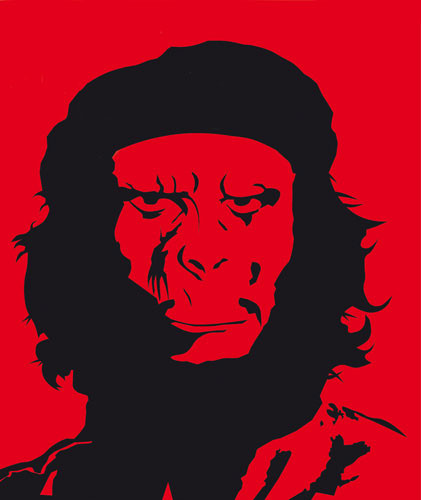 Politicians wrestle with crises as well as with their own public images. By presenting themselves effectively to the public, they hope to gain the voters’ trust and retain political power. However, the importance of political leaders in comparison with the CEOs of multinational corporations – which often have turnovers higher than the budgets of entire nations – is, on the whole, diminishing. The turbulent developments in the world today go far beyond financial markets and economies. Most recently we have seen a number of changes of power, some of them unexpected and by no means limited to the Arab region. In many cases, longtime rulers fled their countries, were arrested and are now awaiting court proceedings; others lost not only their power but also their lives. In addition, 2012 is a mega election year internationally. Four of the five permanent members of the UN Security Council will be holding elections or undergoing leadership transitions: the USA (presidential election in November), France (presidential election in April/May), Russia (presidential election in March) and China (National Party Congress in October).

In these (not only politically) interesting times, the exhibition “Head 2 Head. Politics and the Public Image” explores the subject of public images and political image building – through various periods of history and across cultures and political systems. With a wealth of pictorial material, including political posters, film documents and artistic projects, the exhibition provides insights into the most important image-building strategies and the pictorial formulas they use.

Political portraits can be grouped according to the stages of a classical political career; first an image is formed that makes the candidate familiar and electable, then displays of status that come in the wake of taking office are followed by a phase with its own visual cosmos. This affirmative world is mirrored by the biting satire of the political demontage to which contentious politicians are subjected, both during election campaigns and while in power.

The section of the exhibition titled “Demontage” shows works by outstanding designers such as John Heartfield, Klaus Staeck and the Parisian Atelier Populaire. As a rule, such demontage is a response to an earlier visual representation of a politician’s image. They often question this image in an ironic, humorous or radical way and look behind the masks of the powerful.

Over a period of eleven years, the photographer Sibylle Bergemann documented the work of the sculptor Ludwig Engelhardt on a monument of Karl Marx and Friedrich Engels intended for Berlin. Since then, her legendary photo series entitled “The Monument, East Berlin” has gone around the world.
Over an eight-year period starting in 1991, the German photographer Herlinde Koelbl created a series of portraits of Germany’s Federal Chancellor Angela Merkel, entitled “Spuren der Macht – Die Verwandlung des Menschen durch das Amt” (Traces of Power. The Transformation of the Individual Through the Office — a Long-Term Study), which won a number of awards. The Swiss photographer Nicolas Righetti’s pictorial essay on Saparmurat Niyazov, Turmenistan’s longtime totalitarian ruler, which won the World Press Photo Award in 2007, documents and questions the personality cult around “Turkmenbashi” (Father of the Turkmen), as Niyazov, who died in 2006, liked to call himself.

Four personalities from world politics are presented in greater detail in this exhibition. They are figures whose iconography was or is significant or whose self-promotion has undergone a substantial transformation in meaning. The first category includes the leader of the Russian Revolution, Lenin, whose portrait took on various significations over time; the former action hero and governor of California, Arnold Schwarzenegger, and also Che Guevara, whose likeness has become the most reproduced portrait ever. The second category includes the former Ukrainian prime minister Yulia Tymoshenko, who cultivated an almost inconceivable diversity of images.

A special section of the exhibition is devoted to Austria’s longtime federal chancellor Bruno Kreisky; another is devoted to the federal presidents of the Second Republic as depicted by Photo Simonis, which in its time was arguably the state’s most supportive photo studio. The campaigns of Kurt Waldheim and Jörg Haider are examined in the context of related imagebuilding strategies.

An exhibition by the Museum of Design Zurich in cooperation with KUNST HAUS WIEN.
www.kunsthauswien.at