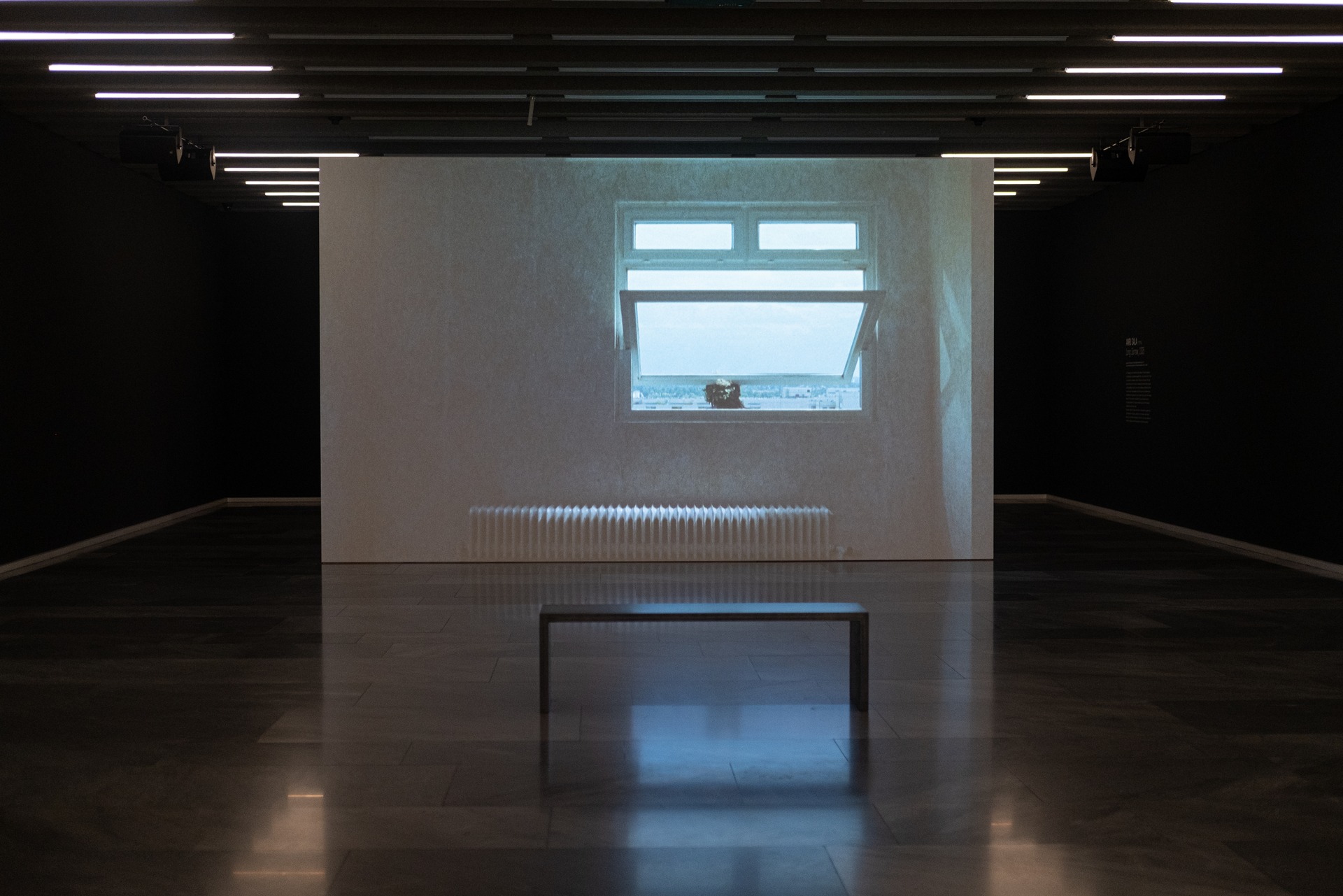 The protagonist in Anri Sala's film is the well-known free-jazz saxophonist Jemeel Moondoc. The musician plays his instrument "hovering" at dizzying heights in front of the window of the 18th floor of a building. The elongated building stands at his side like a second main character in this surreal scenery. It is a dreary prefabricated building in the Märkisches Viertel of Berlin, a satellite town from the 70s, which residents have given the nickname "Long Sorrow". The name became the work title for Sala's partly documentary, partly metaphorical film, but it can also be read as the title for Moondoc's musical improvisation.

The other side of the projection in the connecting wing between Hauptbau and Neubau is played with a light installation that lights up in harmony with the sounds. The focus of the work is on the visible and audible interplay between sound and space, just as if the surroundings were responding to the music in free improvisation.