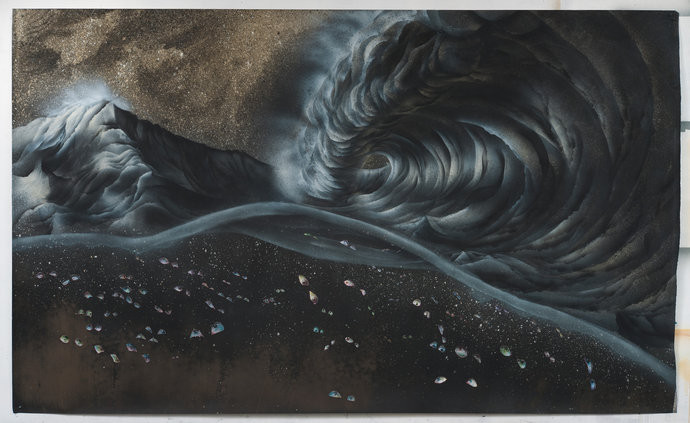 The work of the Los Angeles-based artist Edgar Arceneaux (b. 1972, Los Angeles) focuses on systems of reference. In his drawings, installations, and video works, Arceneaux constructs a complex web of associations, connotations, and modified levels of meaning in order to undermine conventional and linear structures. In an experimental field composed of confrontations, disruptions, and conjunctions of different perspectives, he breaks open generally accepted codes and unbalances habitual patterns of perception. In addition to creating his own works, Arceneaux is also director of the Watts House Project, a collaborative artists’ project aiming to redevelop a neighborhood in Los Angeles. This project and Arceneaux’s own art are based on similar motivations—an examination of the transience of place and the malleability of memory.
kunstmuseumbasel.ch