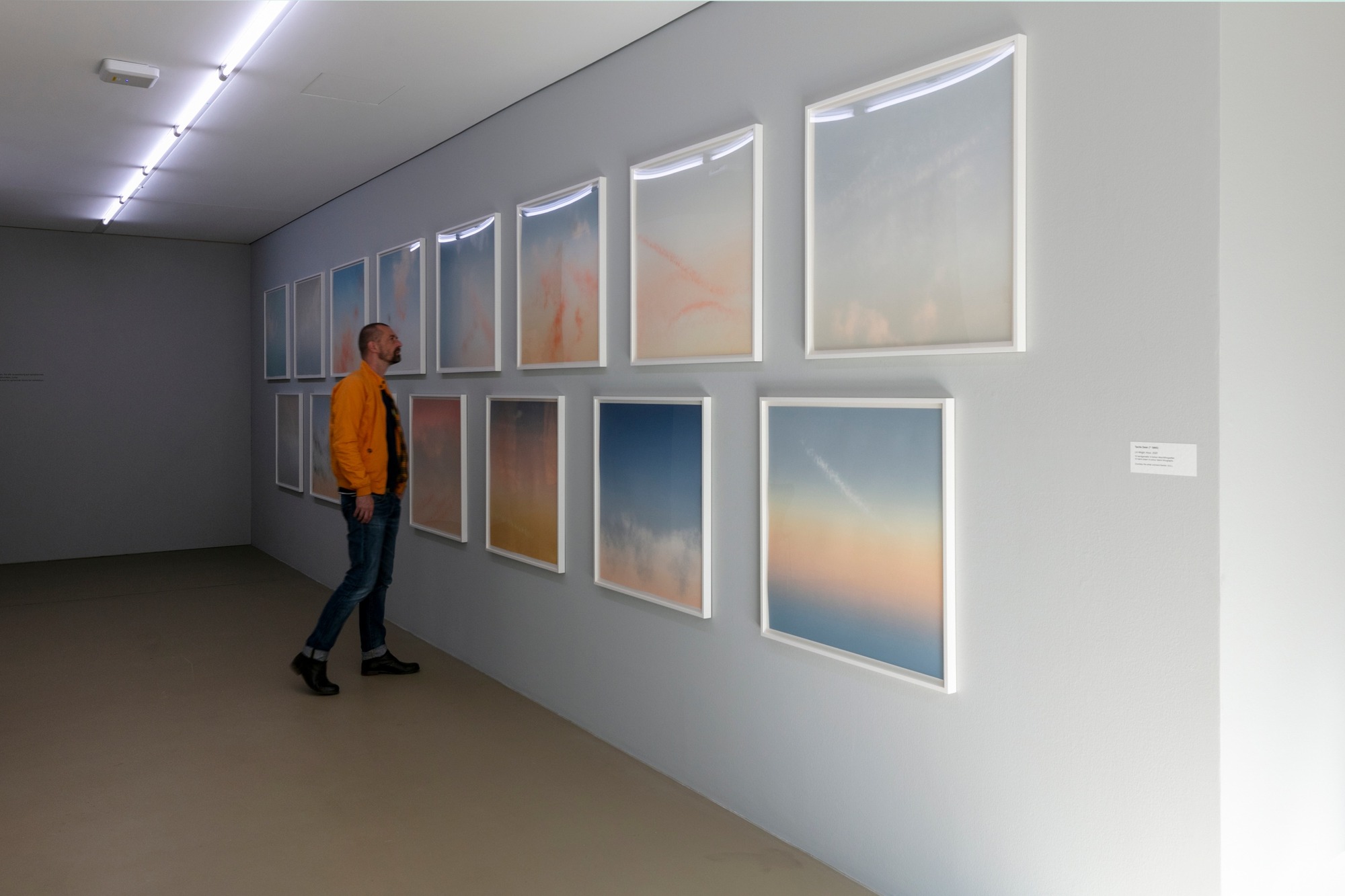 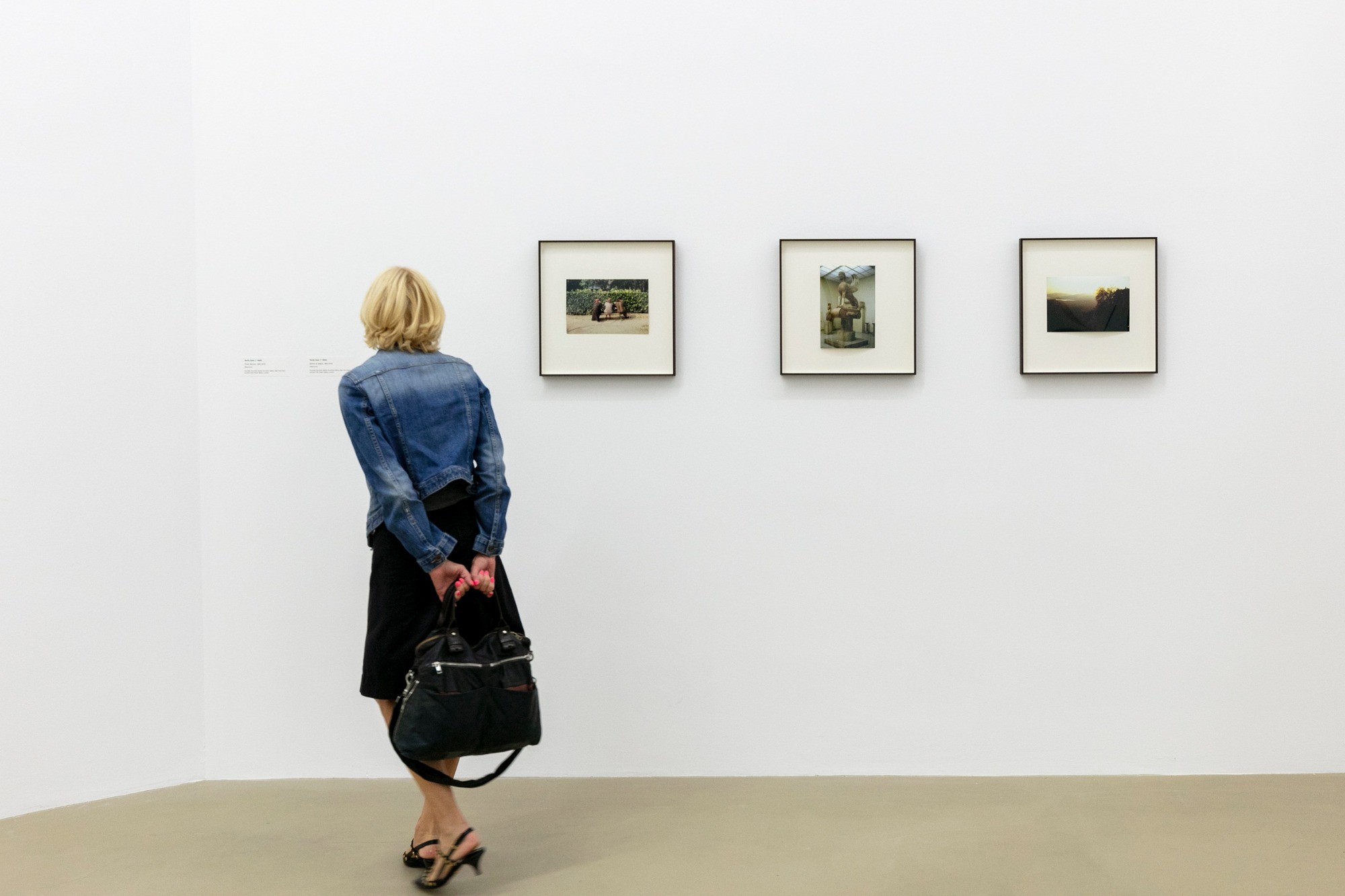 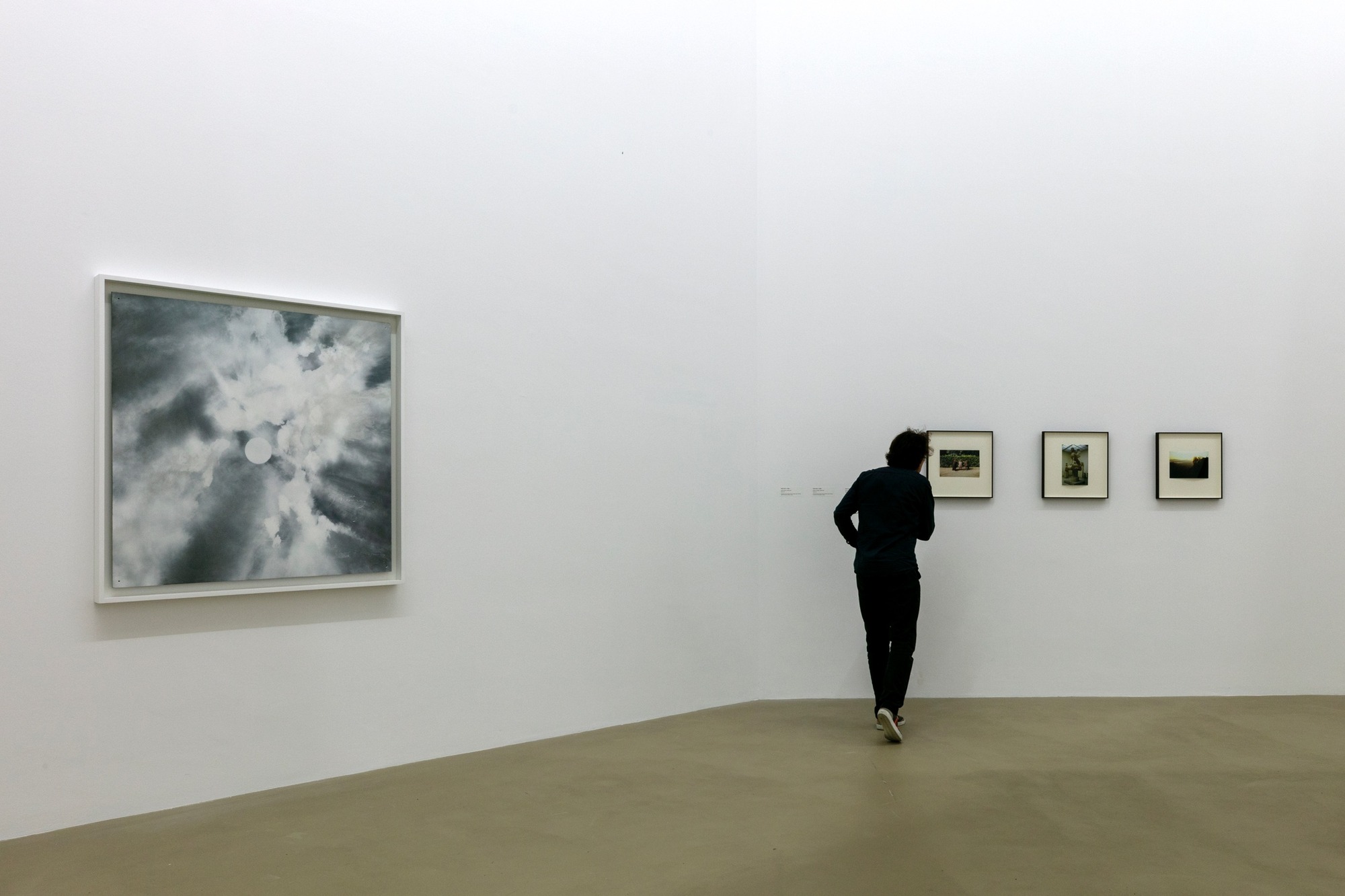 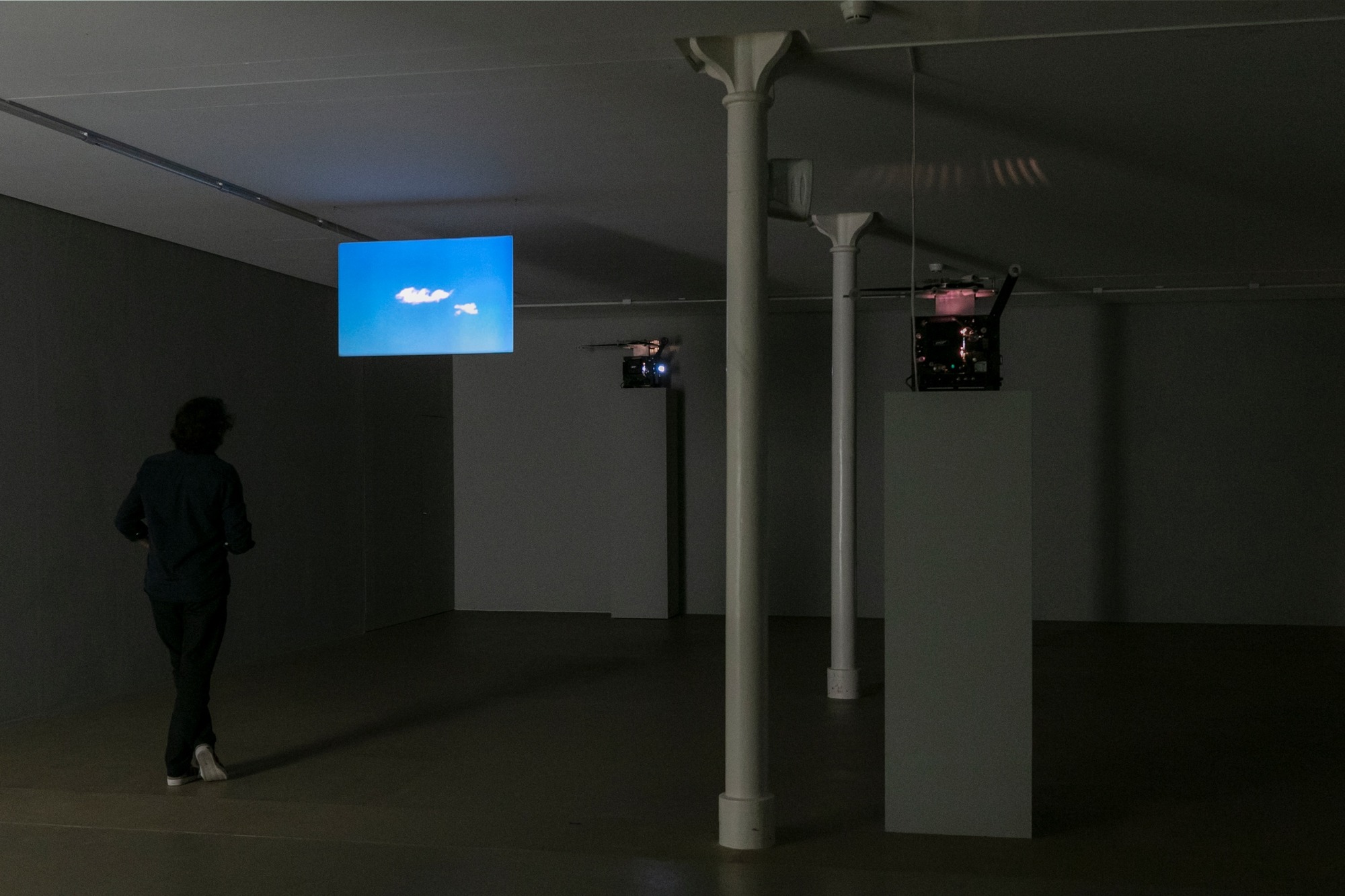 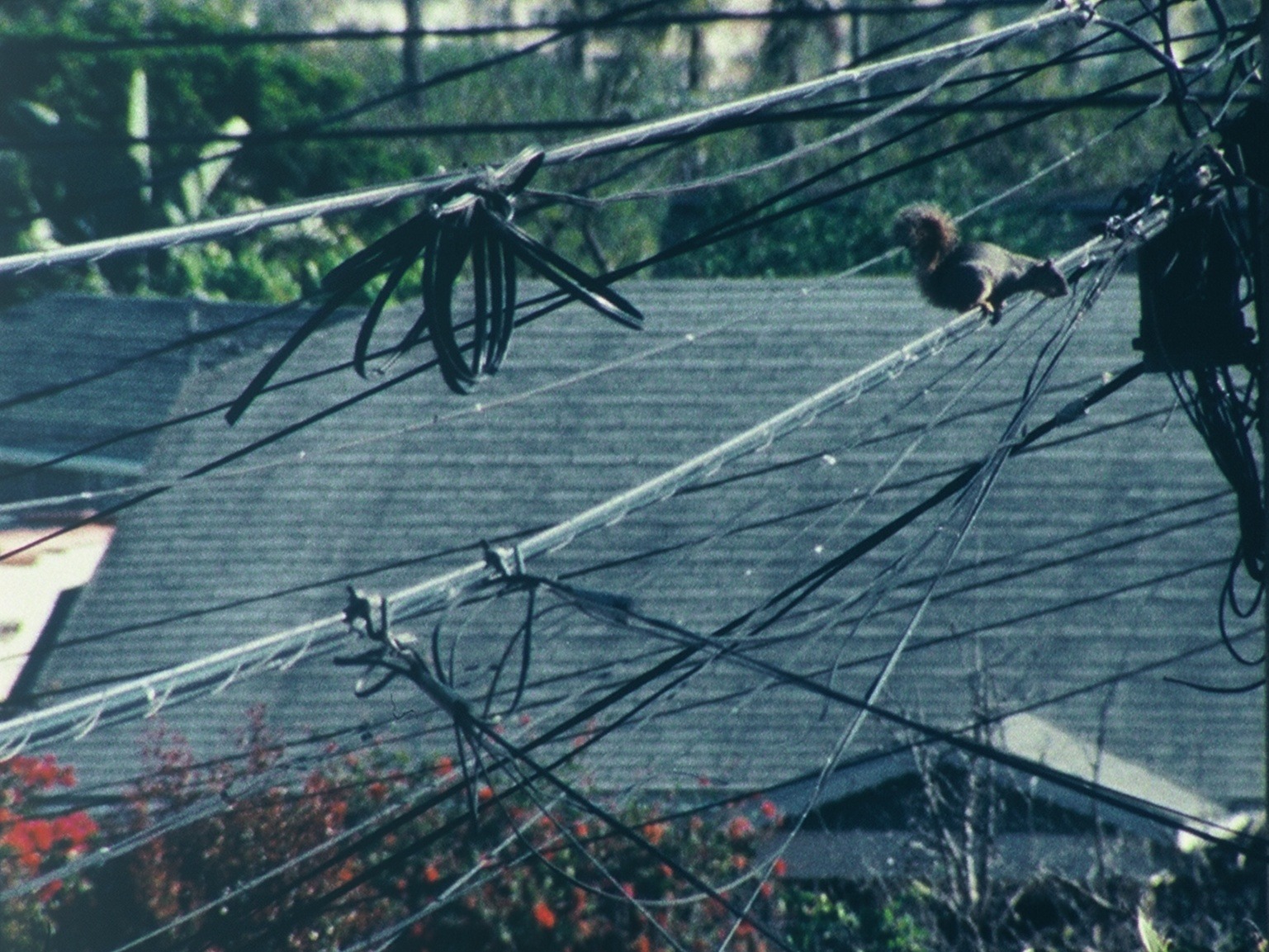 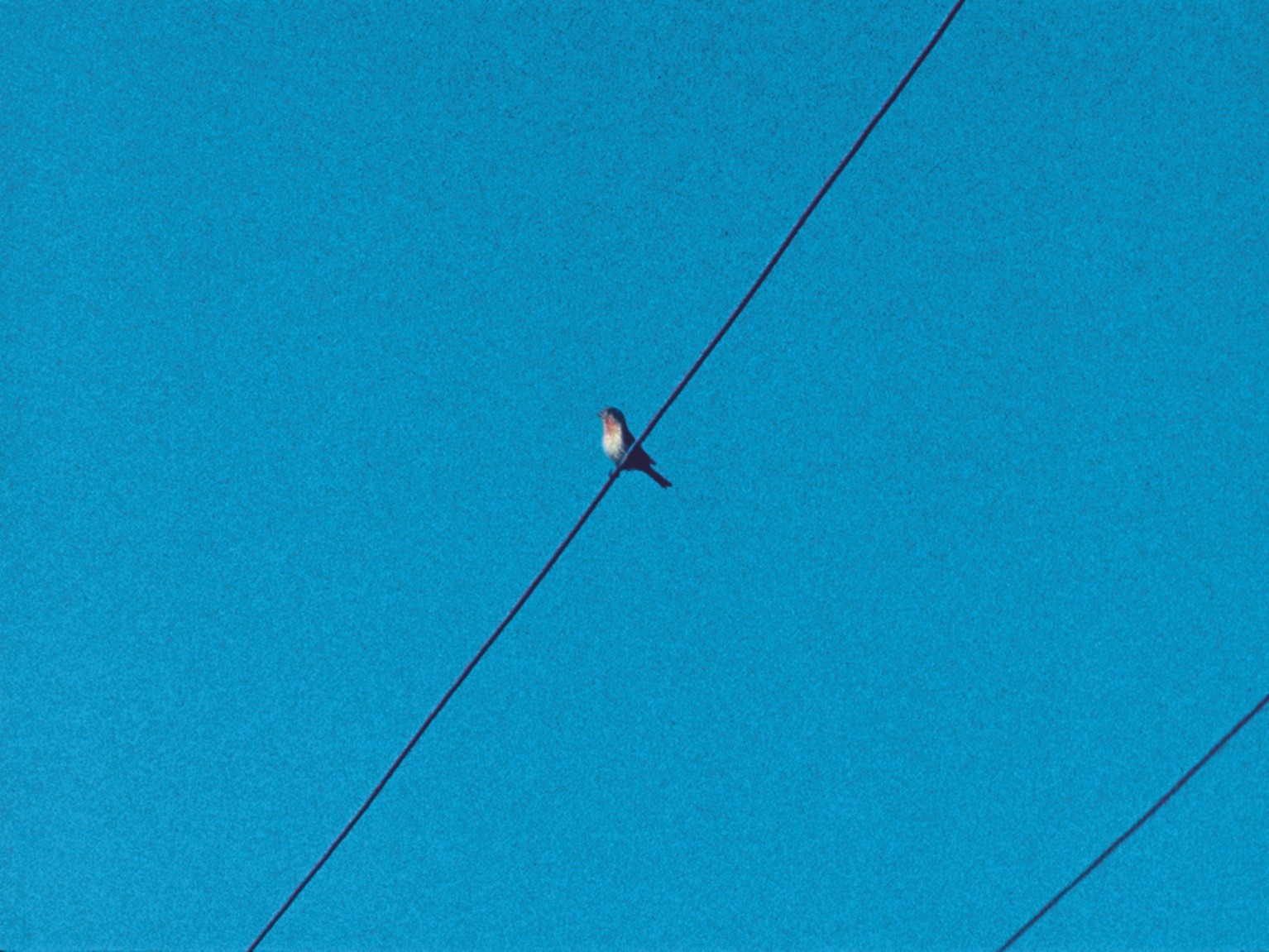 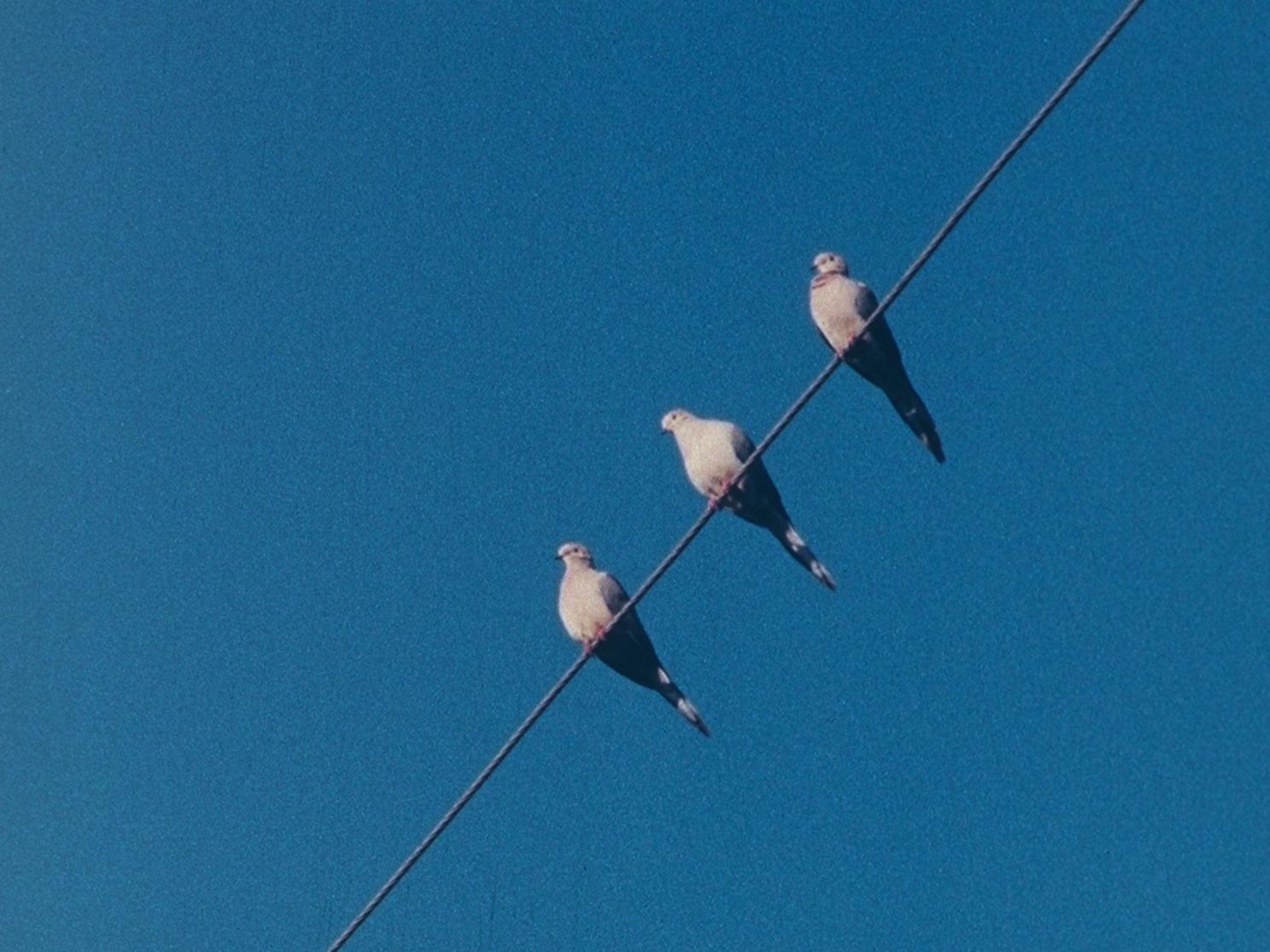 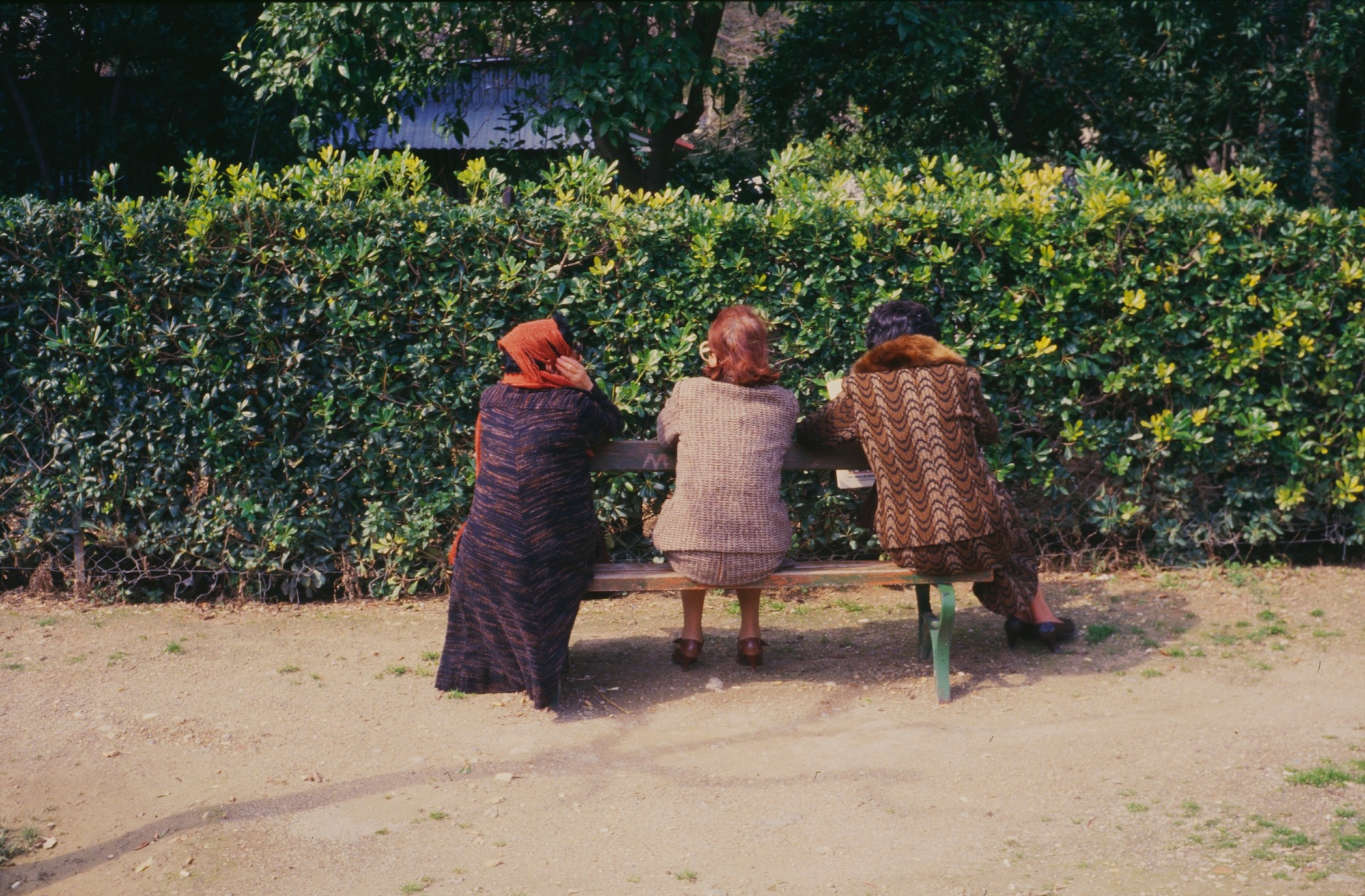 Kunstmuseum Basel | Gegenwart hosts the Swiss premiere of Antigone (2018), Tacita Dean’s (b. 1965) most complex work to date. The presentation of the hourlong, anamorphic 35mm film is contextualized by other films, photographs, photogravures, and chalk drawings of the British-European artist.

Antigone revolves around the name ‘Antigone’ and how it resonates, not only in Greek literary history, but also in the artist’s own life. Antigone is the name of Dean’s older sister so was one of the first words the artist ever learnt. ‘Antigone’ is also the eponymous heroine in the Theban trilogy of plays by the Greek tragedian Sophocles, which led Dean to intertwine her own story with the mythological cosmic order of classical antiquity.

Her interest in the literary material focuses on an undramatised passage of time between “Oedipus Rex” and “Oedipus at Colonus” when the blinded banished King Oedipus wanders, led by his daughter Antigone, in the wilderness, before arriving at Colonus, a sacred grove outside Athens. Dean has always been fascinated with such voids, secondary scenes, and contingencies. Her first inchoate ideas for Antigone date back to 1997 when she tried writing it up as a screenplay at the Sundance Screenwriting Lab, but it would take her over two decades to complete this work, arguably her most intimate and enigmatic creation.

Antigone was filmed entirely inside a 35mm camera using Dean’s technique of aperture gate masking. This allows Dean to film multiple images within the film frame that involves stencils and multiple exposures. Collaged footage that might look like a product of digital post-production was actually created in the camera itself, embedding her decisions ‘in the field’ while also allowing chance to enter the filmmaking equation. Antigone is an entirely analogue work. These subtle interventions into the optical mechanics of the film camera make it a boldly experimental work in terms of technique as well as subject matter.

The leitmotif in Antigone is blindness so the film inevitably became, through the process of working on it, a double projection: right eye, left eye. There is the blindness of Oedipus, who, in order to atone for crimes unwittingly committed—the patricide and incest foretold by the Oracle—cuts out his own eyes and banishes himself from the city of Thebes. The actor Stephen Dillane ‘dresses up’ as Oedipus, wearing a false beard and concealing his vision with eclipse glasses from ‘The Great American Solar Eclipse of 2017’, picking his way through the frames with a cane. There is, of course, the blindness of nature with the blotting out of the sun afforded by the American eclipse that she filmed in Wyoming. Then there is the technological blindness of Dean’s system of aperture gate masking: only the camera sees as Dean only had full understanding of what was filmed when the negative was processed and printed a full nine months after the first roll of film was shot. And finally, but most critical of all, was Dean’s creative blindness: that she had no idea how to make this long-unmade work and, in the end, was guided by chance, circumstance and the alchemy of what happened on location and inside her camera.

Dean chose to mix many locations within the film, including the thermal landscape of Yellowstone Park, which came to represent the Pythic vapours that rose from the earth in the Temple of Apollo in Delphi from which the Oracle pronounced Fate upon Oedipus. She also filmed the uplands of Bodmin Moor in Cornwall and the Mississippi River as it passed through the small Illinois town of Thebes, where the historic court building is situated, which plays such a central role in the film.

Early in the process, Dean had invited the Canadian poet Anne Carson to perhaps write something about the gap between the two Oedipus plays. Carson replied that she already had published, in 2000, "TV Men: Antigone (Scripts 1 and 2)". Read by Carson herself, it becomes a central and recurring motif in the film. Carson’s involvement culminated in an improvised discussion about the word and name ‘Antigone’ and the Sophoclean Trilogy with Dean & Dillane inside the Theban courthouse, something Dean has described as closest to the idea of ‘the chorus’ in Greek tragedy. Another personage in the film is the presence of screenwriter Stewart Stern, writer of Rebel Without a Cause (1955), who played such a vital role as adviser to Dean at the Sundance Lab. His words are read by Peter Mayer, former CEO of Penguin Books.

Tacita Dean’s oeuvre achieves a union of keen vision and poetic charm that is without equal in contemporary art. Analogue film is her medium as the canvas is the painter’s. Photochemical film is a physical and linear material. When a negative, it is a light-sensitive strip on which time itself leaves its imprint—the succession of frame upon frame yielding a moving image, at twenty-four still pictures per second. Dean cherishes her material for the diverse techniques that can be used to manipulate it and for its organic brilliance. Humans, buildings, and landscapes are among the subjects of her films, as are the vestiges of histories whose haunting presence makes it feel as though time had paused.

The artist has dedicated herself in the last decade to reusing some of the early visionary techniques of filmmaking that created cinema as we know it and reworking them as a powerful argument for the medium in the 21st century, a pursuit that culminated in the monumental installation FILM in the Turbine Hall at London’s Tate Modern in 2011. Her extraordinary command of these practices has led critics to hail her as a “Celluloid Hero.” At the same time, Dean has initiated a movement to raise awareness of the special nature of analogue film and to campaign for its preservation and continued availability. Sadly, the future of 16mm and 35mm film material is continually under threat.

The screening of Antigone is complemented by a small collection of works by Dean that closely relate to this film, as well as a recent large-scale blackboard drawing, Chalk Fall (2018) and slate works, which include a recent drawing, Cynthia Teeming—Cynthia being a full moon—taken from a line in Metaphysical poet Andrew Marvell’s poem, “Eyes and Tears”.

The exhibition continues with an installation of a group of short 16mm films shown together for the first time: Ear on a Worm (2017) was made in relation to Leonard Cohen’s song “Bird on a Wire”. Driving around Los Angeles, Dean often started to incant the song’s opening lines when seeing birds sitting on the multitude of telegraph wires that straddle the city. The challenge was to film a bird for the full 3 minutes and 28 seconds length of the song. A Cloud makes itself (2020) watches a cloud form and un-form in the deep azure of an LA sky and Providence (2017) is a silent duet between actor David Warner and hummingbirds. And showing for the first time is a new series of hand-drawn lithographs called LA Magic Hour (2019-2021) produced with print publishers Gemini G.E.L.

Like many other works by the artist, Antigone is in the collection of the Emanuel Hoffmann Foundation. With a running time of exactly one hour, the work is presented as a continuous projection, synchronized so that the film will automatically restart every hour.

It is advised in order to fully appreciate the emotional trajectory of the film that it should be watched from beginning to end.

The exhibition is made possible by the Laurenz Foundation, Basel, and the Fund for Artistic Activities at the Museum für Gegenwartskunst of the Emanuel Hoffmann Foundation and the Christoph Merian Foundation.
www.kunstmuseumbasel.ch