From Picasso To Léger 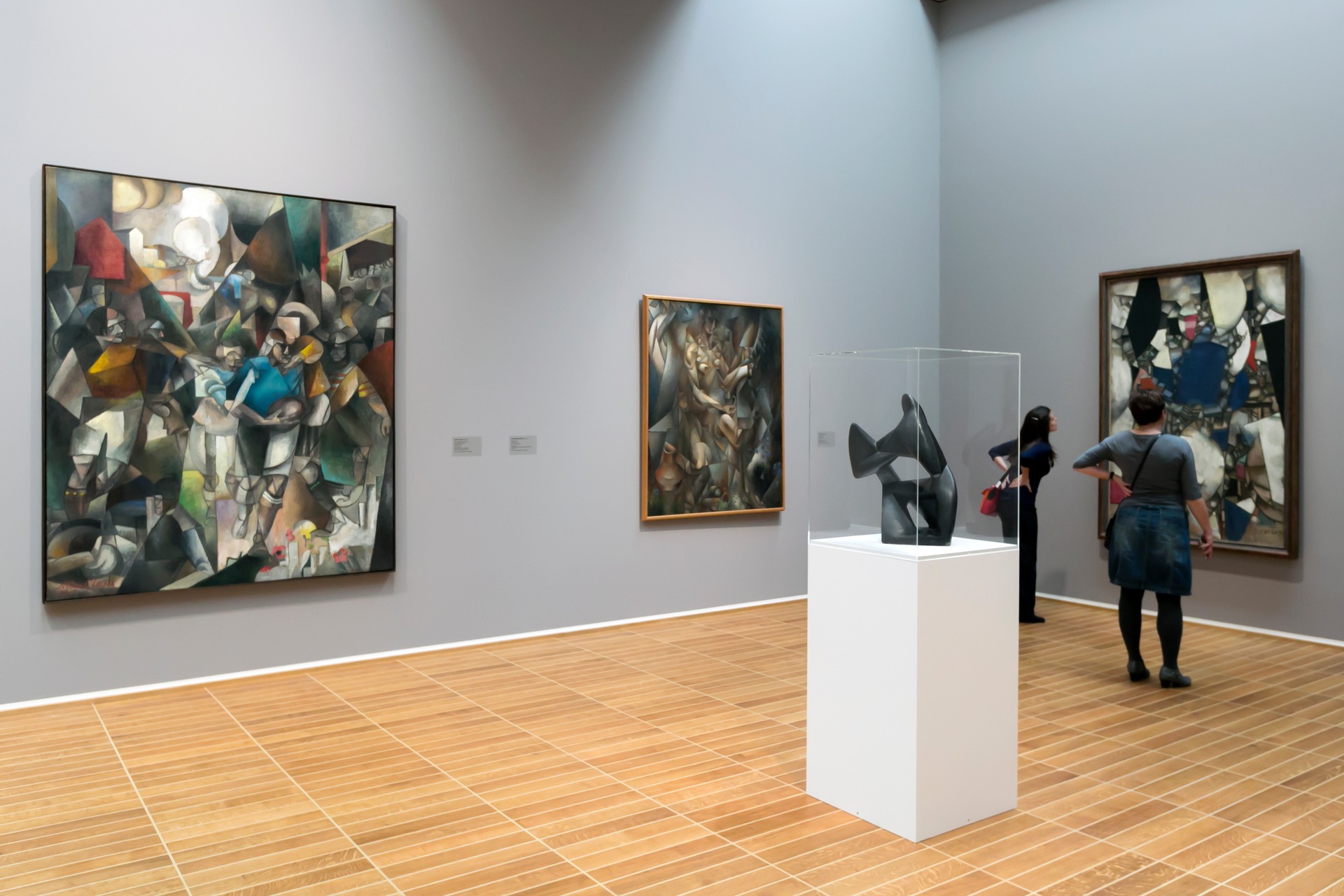 "The Cubist Cosmos: From Picasso To Léger", exhibition view, Kunstmuseum Basel, photo: Julian Salinas
When Pablo Picasso and Georges Braque pioneered Cubism in the early years of the twentieth century, they set off a revolution in visual art. The new style’s fragmented forms signal a fundamental change in how painting relates to the visible world. The Cubists rank as one of the most influential movements in art history; their works are adventures for the eyes even today, challenging our habits of perception. Produced in cooperation with the Centre Pompidou, the exhibition The Cubist Cosmos. From Picasso to Léger is the first to unite both museums’ Cubist masterworks for a reconstruction of the wider context in which the world-famous treasures bequeathed to the Kunstmuseum Basel by Raoul La Roche were created. Rounded out by masterpieces on loan from international collections, the presentation showcases ca. 130 works to illuminate this seminal chapter in the history of art.

The Cubist Cosmos traces Cubism’s evolution from 1908 to the years after World War I, surveying its enormous stylistic range and highlighting the revolutionary energy it imparted to later tendencies in twentieth-century art. Combining chronology with thematic foci, the exhibition opens with a section that throws the growing influence of folk art and archaic sculpture as well as Paul Cézanne’s oeuvre in Picasso’s and Braque’s paintings into relief. Starting in 1908, crystalline and quasi-geometric elements appear on the scene: landscape details and still lifes seem to be molded by an intrinsic organizational principle that is intellectual first and foremost. The artists take what would seem to be an almost serial approach to testing new ideas. The characteristic splintered forms and prismatic refraction as well as an almost colorless austerity are prevalent until 1911. Artists such as Juan Gris, Fernand Léger, Robert and Sonia Delaunay, and Henri Le Fauconnier adopt and refine this novel pictorial language in works in large formats they submit to the Salons, the flagship exhibitions of the Paris art world.

Key works in The Cubist Cosmos. From Picasso to Léger exemplify this adaptation and transformation of the Cubist idiom by the avant-garde, an integral part of the movement’s history, as well as the sudden return to color in Braque’s and Picasso’s work around 1912 and the experimental use of materials and creative techniques. Portraits of critics and writers including Gertrude Stein, Guillaume Apollinaire, and Daniel-Henry Kahnweiler broaden the exhibition’s perspective, suggesting Cubism’s ties with contemporary intellectual thought and poetry.