A Poem That Is Not Our Own 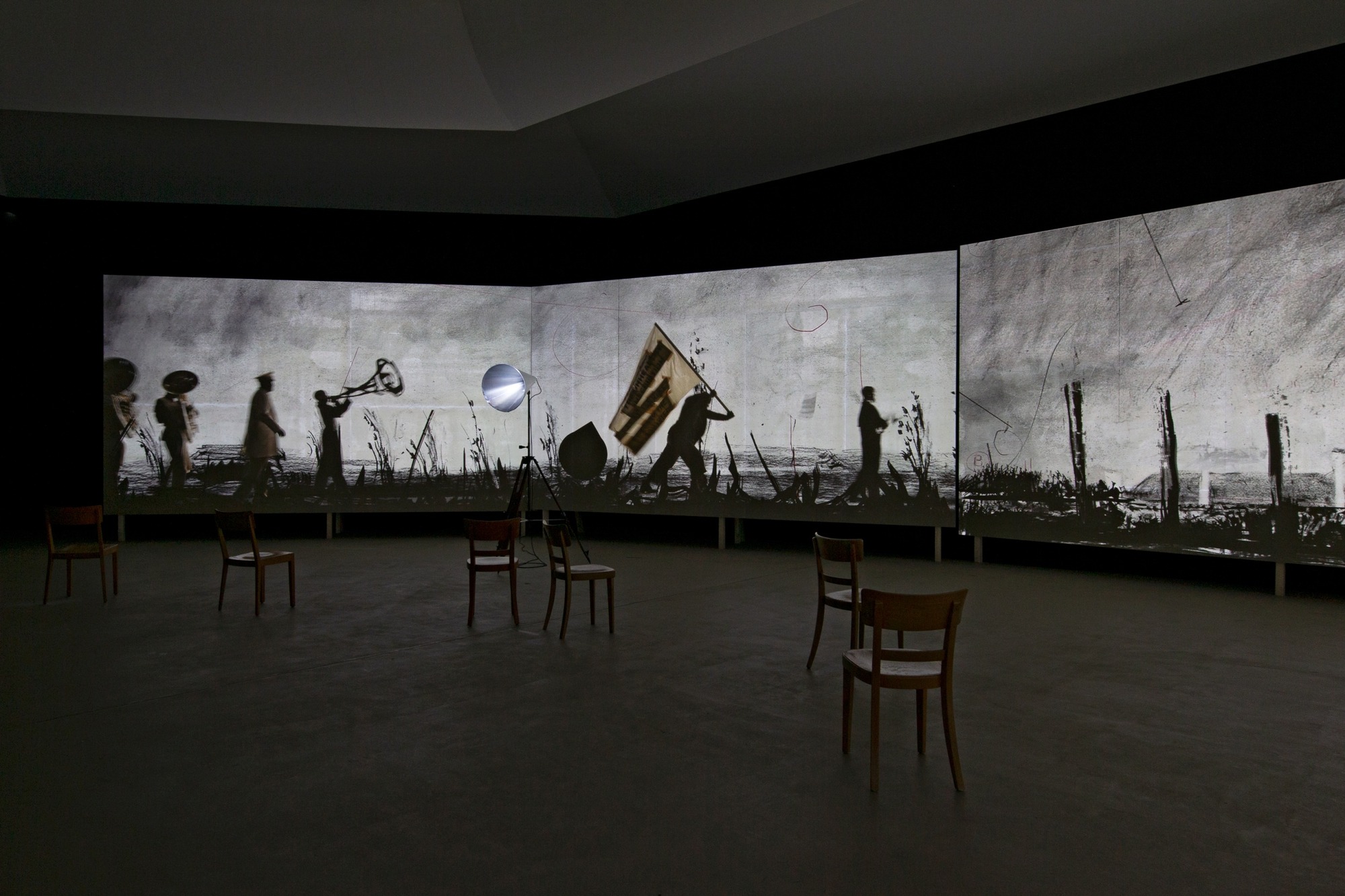 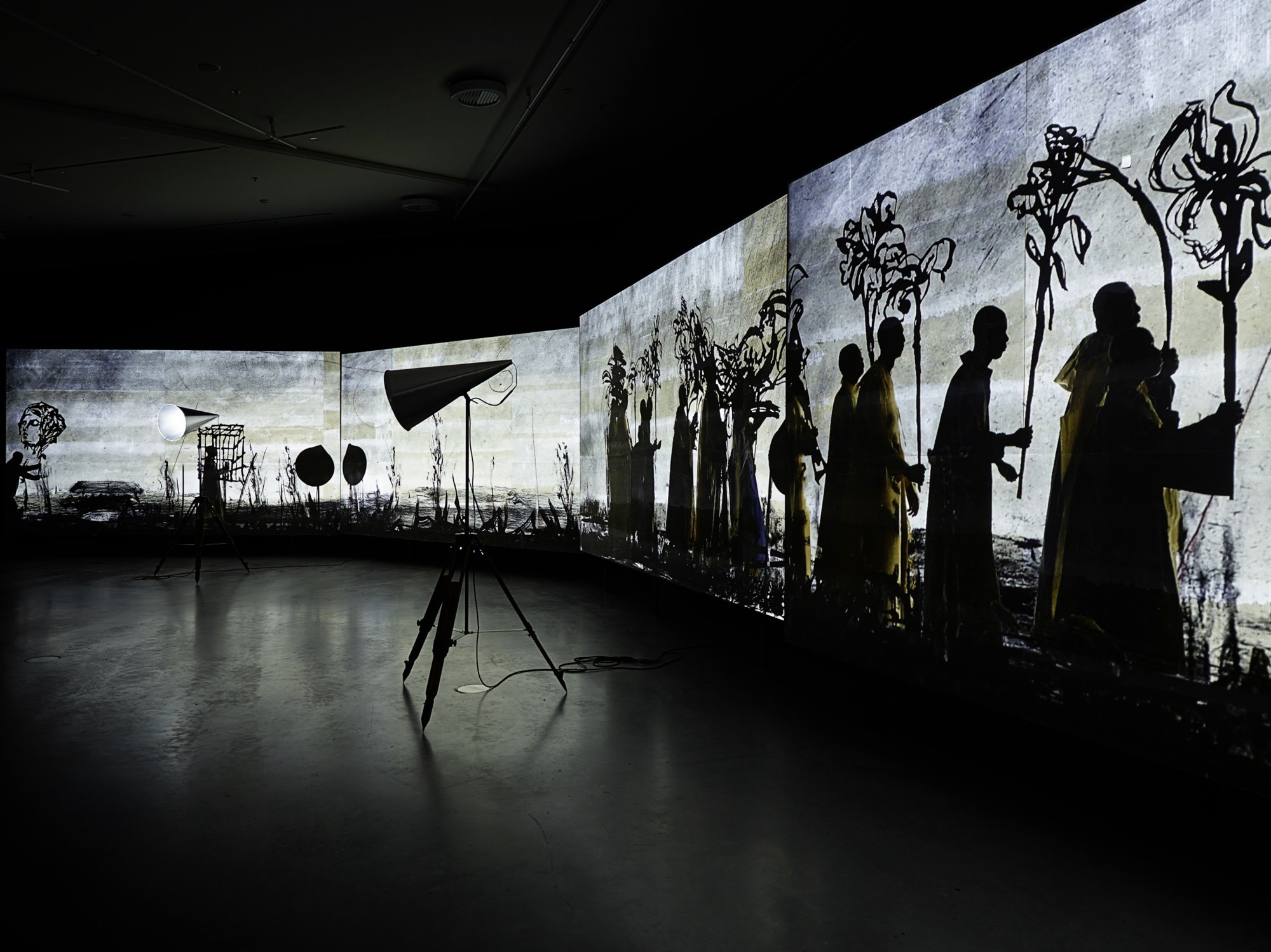 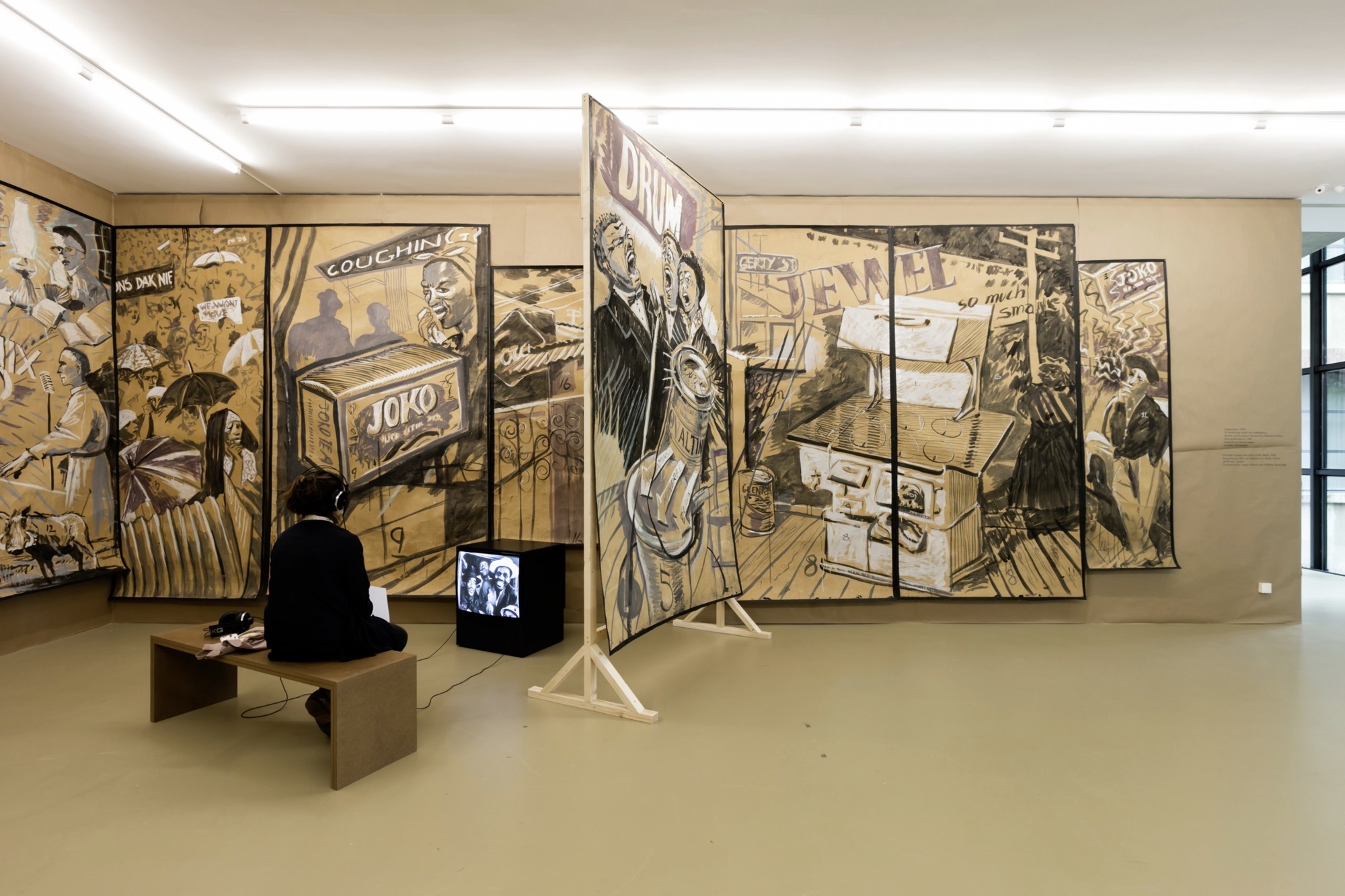 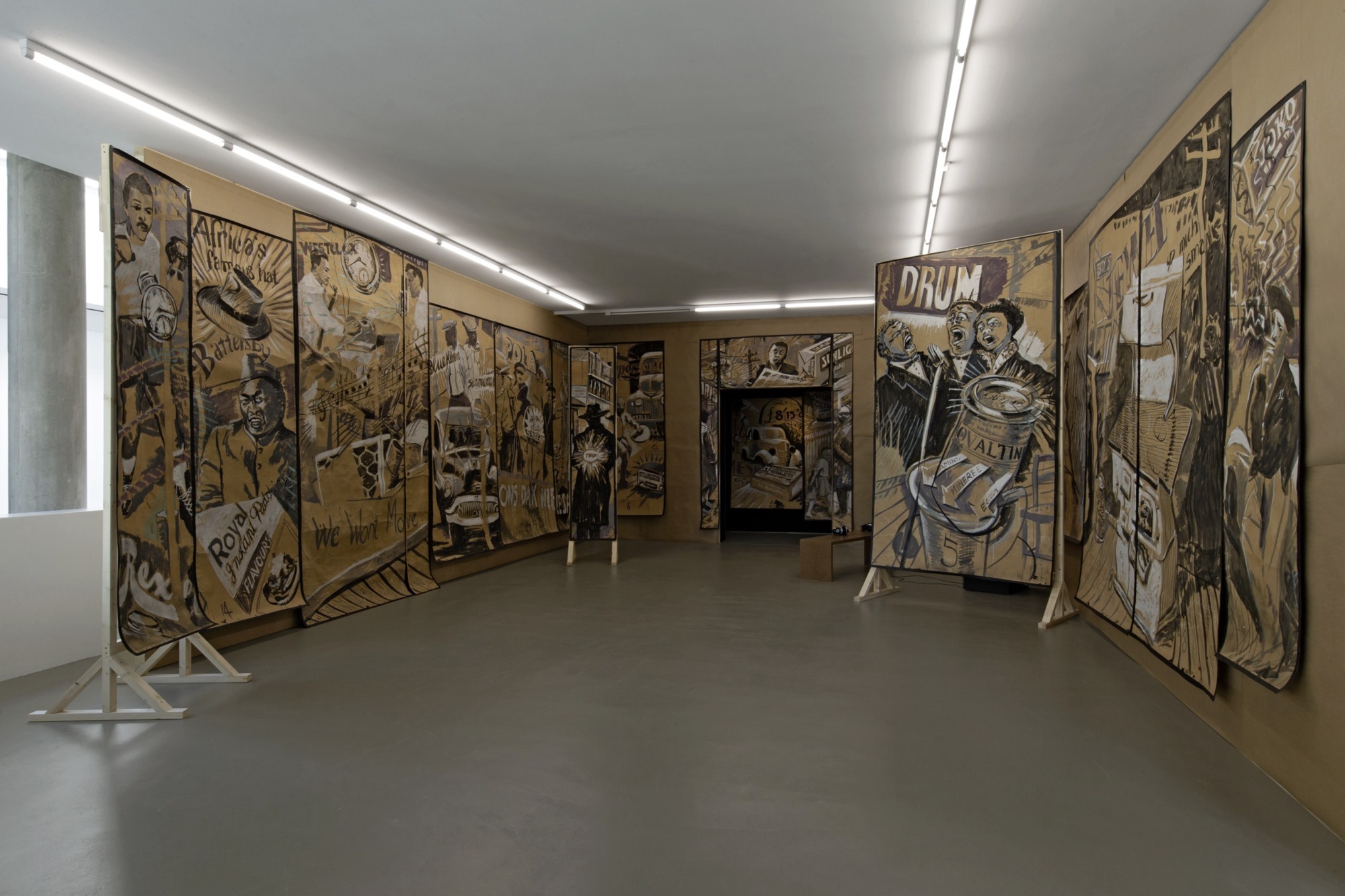 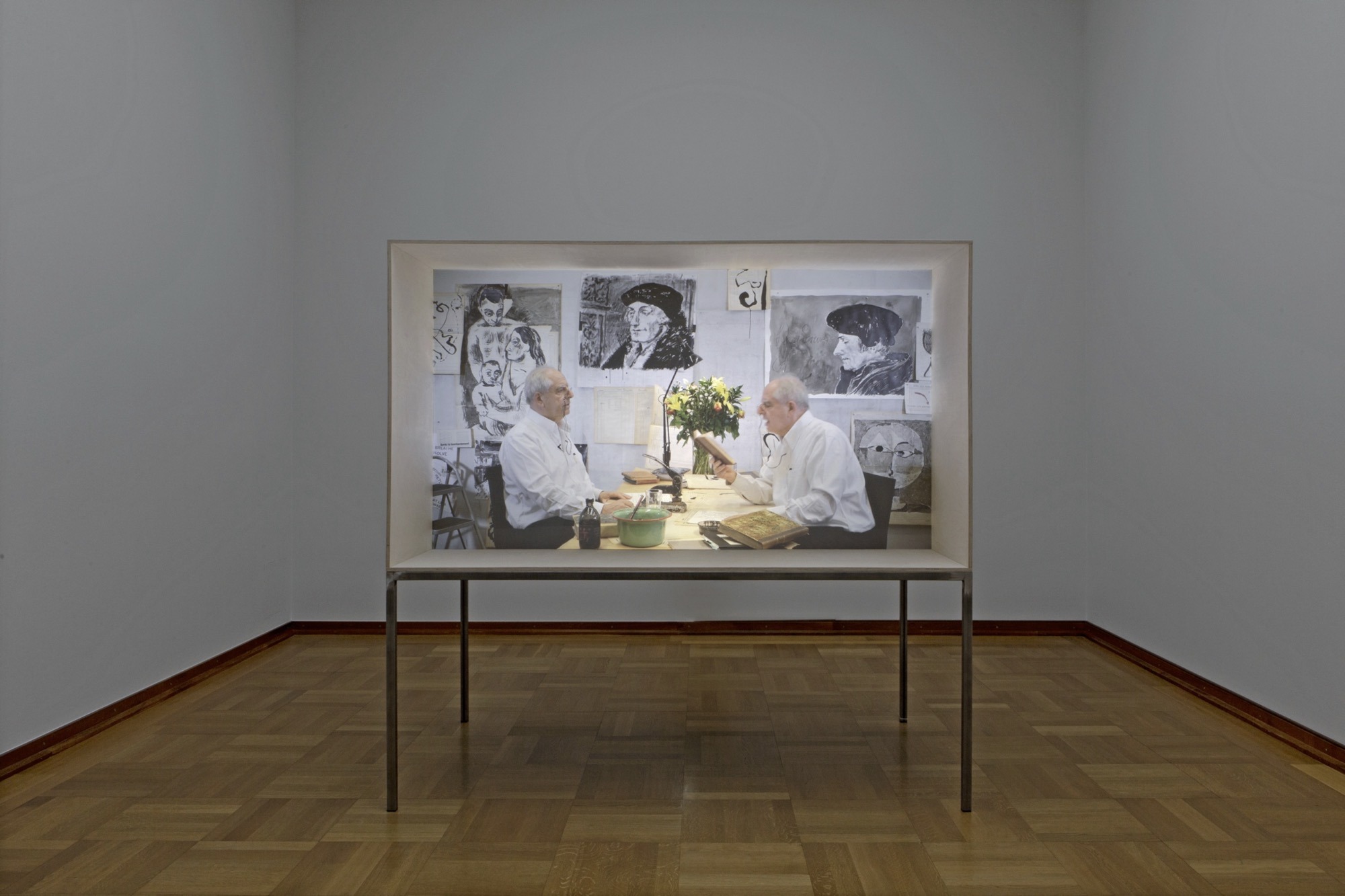 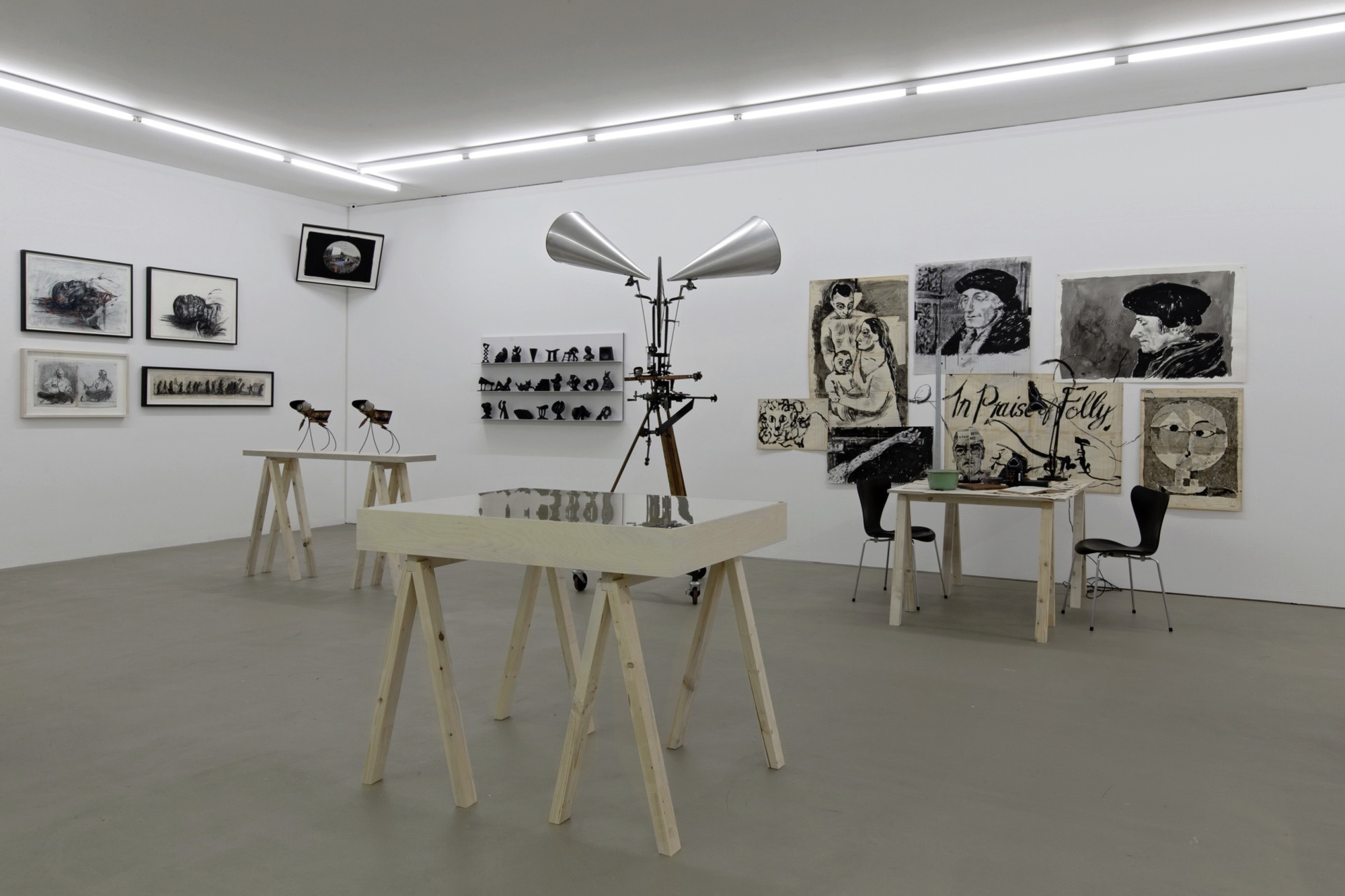 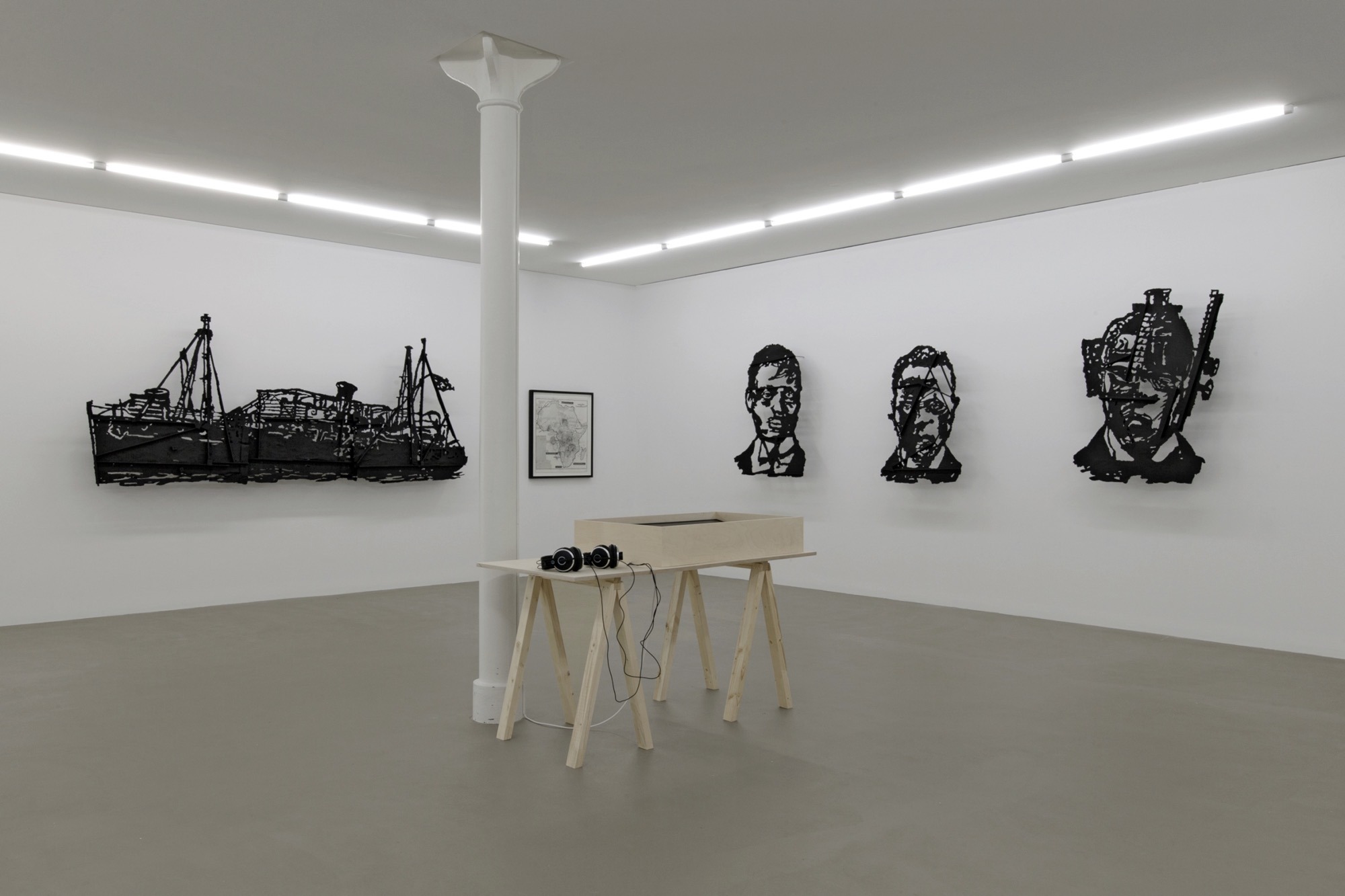 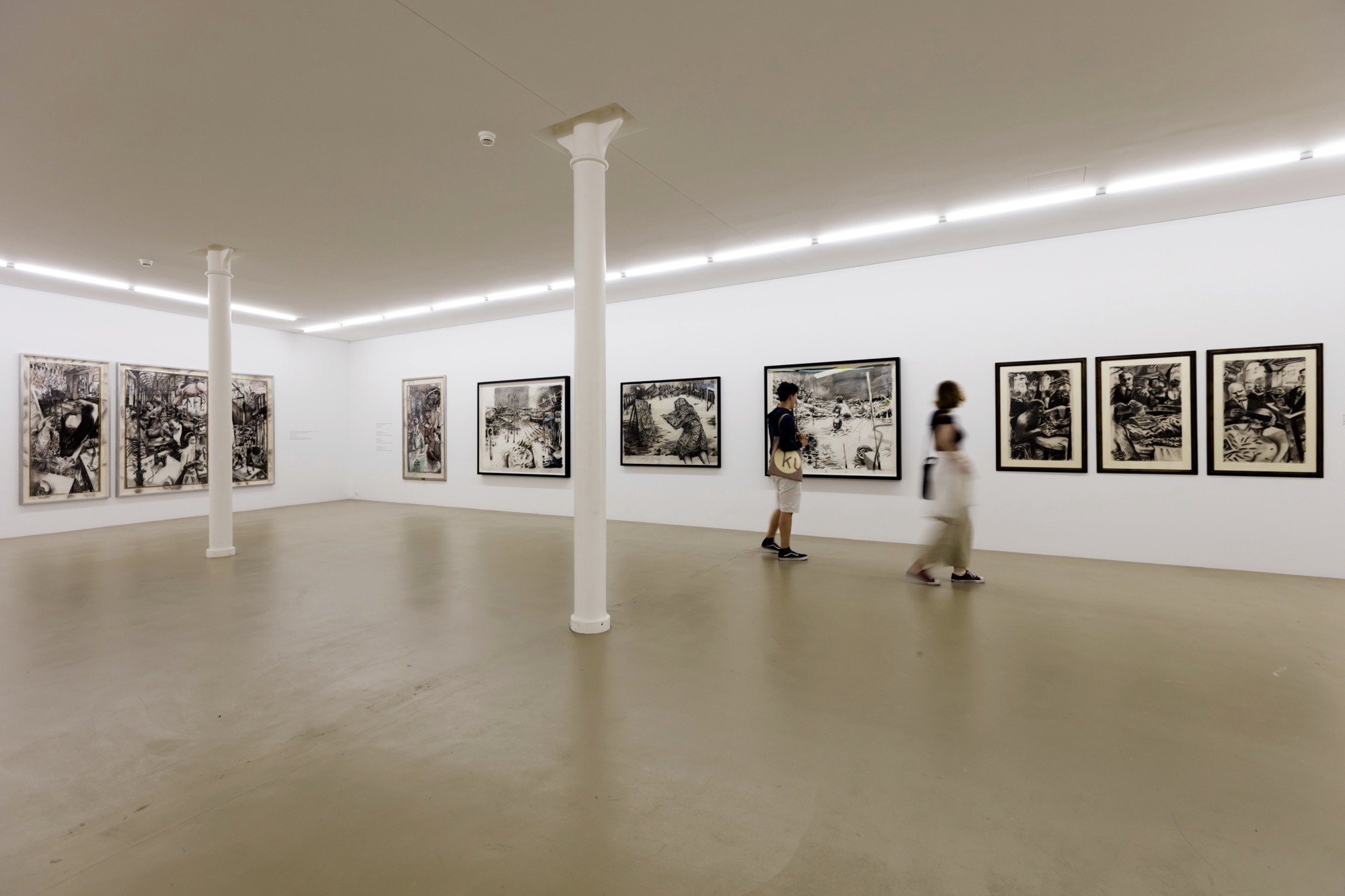 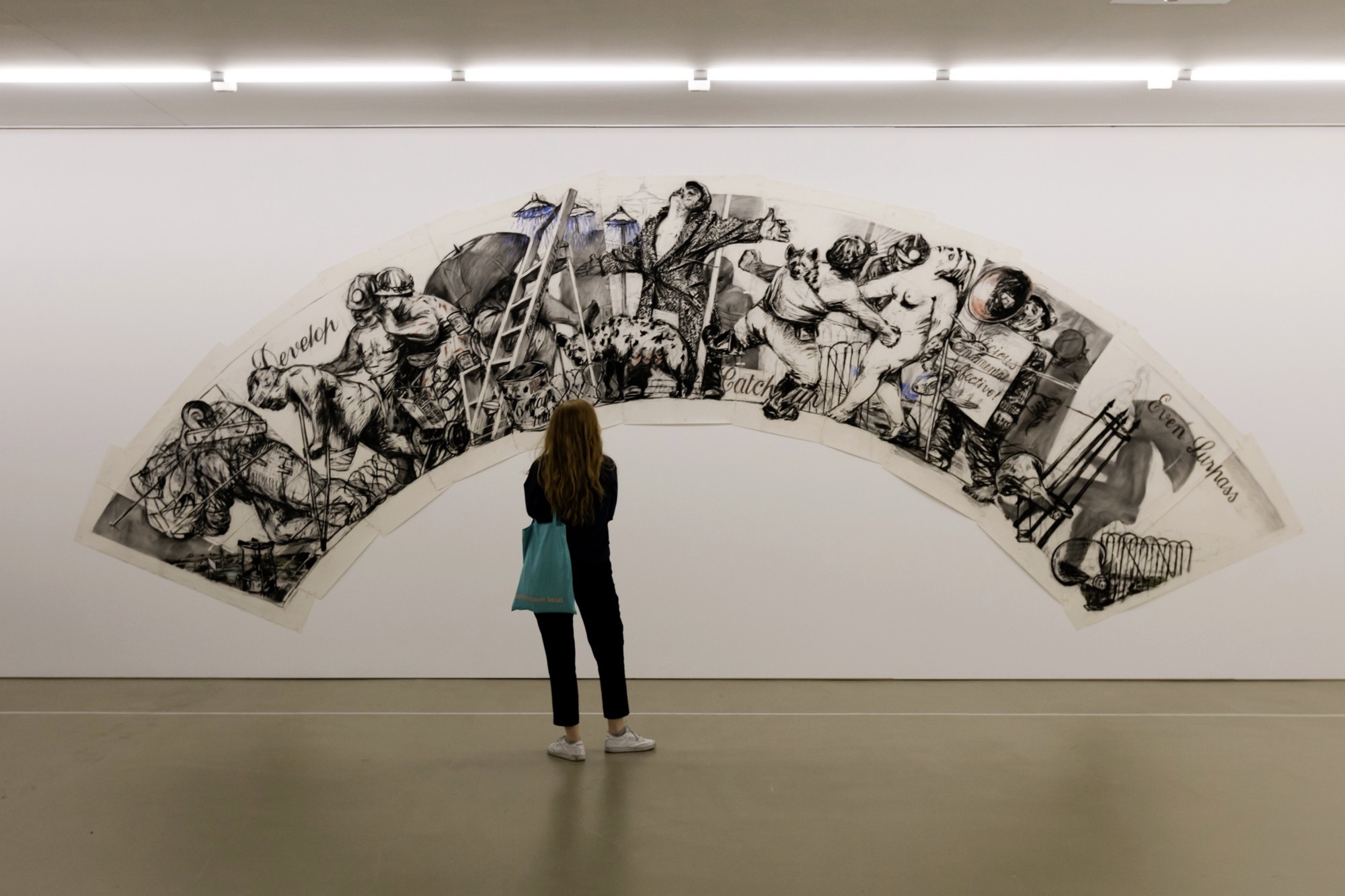 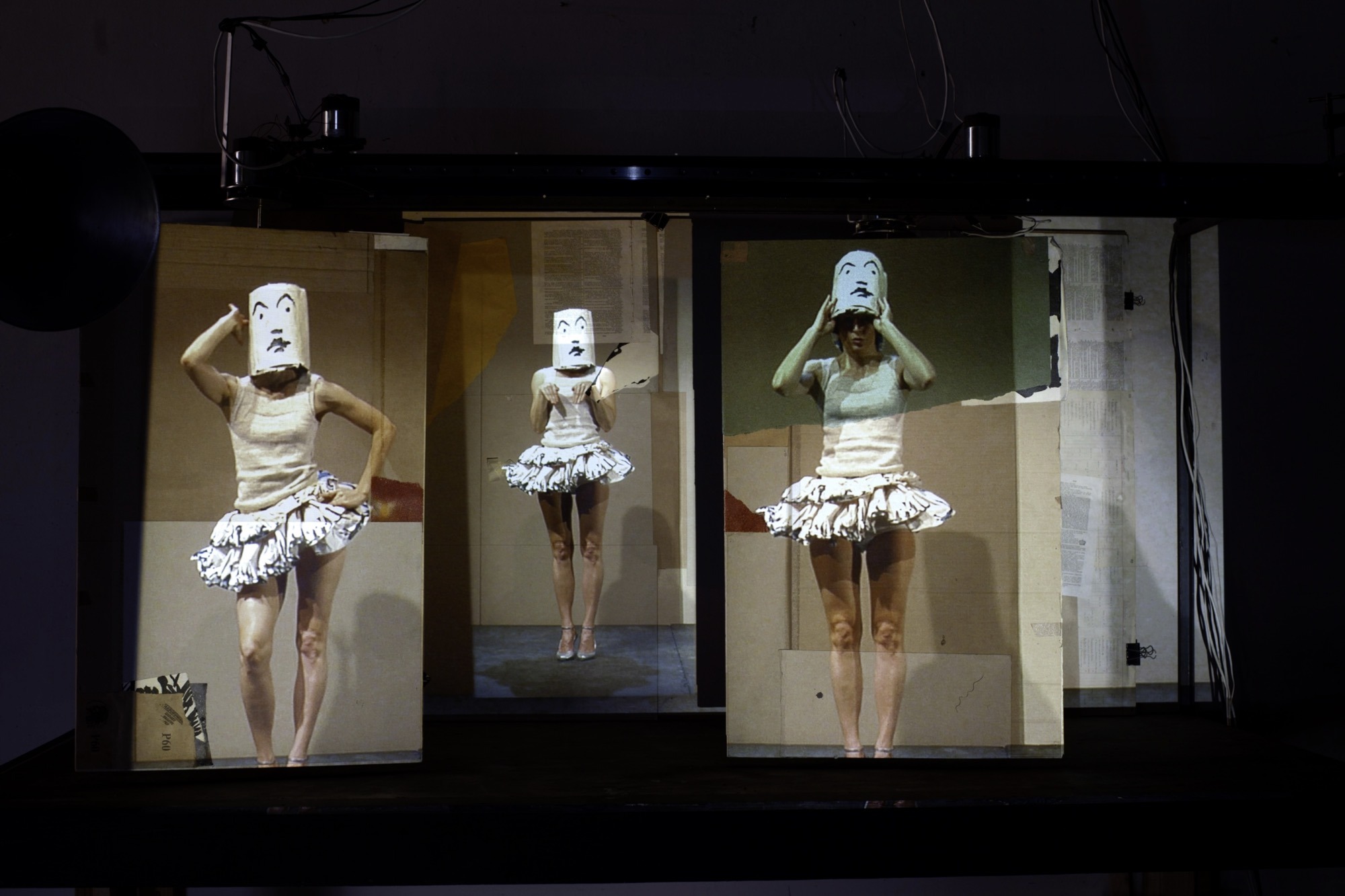 William Kentridge, Right Into Her Arms, 2016.
Exhibition view at Kunstmuseum Basel, 2019. Photo: Gina Folly
WILLIAM KENTRIDGE
A Poem That Is Not Our Own
8 June –13 October 2019
Gegenwart

William Kentridge (b. 1955) has won wide international acclaim as a leading contemporary artist working today. In more than three decades, the South African visual artist, filmmaker, and stage director has built a sizable oeuvre that spans a broad range of media including animated film, prints and drawings, theatre productions, and sculpture.

Kentridge studied political science and African studies and, later, mime and theatre in Johannesburg and Paris. His first animated film, Vetkoek/Fête Galante, dates from 1985. He subsequently devised a filmmaking technique he calls “poor man’s animation” involving photographs of charcoal drawings and collages. Among his works in this genre is a series of Drawings for Projection (1989–2003), animated episodes featuring protagonists such as the callous capitalist Soho Eckstein and Felix Teitelbaum, whose features suggest a self-portrait of the artist. These and other characters as well as topographical similarities to Johannesburg make Kentridge’s films astute reflections on the ambivalent situation of today’s South Africa.

In his early films and drawings, the artist directly tackled South Africa’s and Europe’s social and ethnic conflicts. In the 1970s and 1980s, he created posters, drawings, and plays that sharply criticized his native country’s Apartheid regime. The play Sophiatown (1986–1989), produced in collaboration with the Junction Avenue Theatre Company, dramatized the forced removal of the residents of the Johannesburg neighborhood of Sophiatown in 1955.

Designed in close consultation with the artist, the exhibition showcases early graphic art and films from the 1980s and 1990s as well as examples of Kentridge’s more recent output, including the first adaptations for museum presentation of elements from The Head & The Load, which premiered at the Tate Modern, London, in the summer of 2018. A sumptuous production involving film projections, shadow play, and an ensemble of performers, the sprawling procession, which defies conventional genre boundaries, sheds light on a neglected chapter of history: Africa’s role in World War I. Taking up three exhibition floors at the Kunstmuseum Basel | Gegenwart, the presentation balances additional major video installations such as More Sweetly Play the Dance and Shadow Procession with selections from Kentridge’s graphic oeuvre properly speaking.

In Praise of Folly (2018), the title of Drawing Lesson No. 50, which makes its debut in Basel, is borrowed from the satirical speech that Erasmus of Rotterdam penned in 1509, a biting critique of the Catholic Church. The humanist scholar is a major figure in the history of Basel, where he taught at the university and is buried. Sketches by the artist that can be made out in the background in the film quote Hans Holbein’s Portrait of Erasmus of Rotterdam, one of the most cherished treasures in the Öffentliche Kunstsammlung, Basel’s municipal art collection. The attentive viewer can also spot sketches after other well-known works in the Kunstmuseum’s collection, including by Pablo Picasso, Paul Klee, and Matthias Grünewald, that grace the walls of Kentridge’s atelier like icons. In light of these works, In Praise of Folly addresses art history and the masters of the past as a source of creative inspiration for the artist working today.