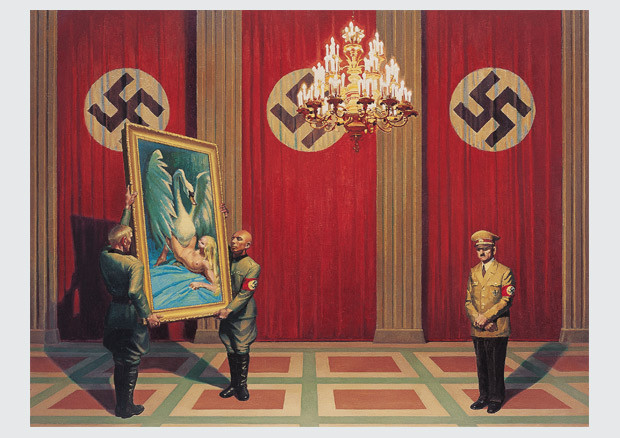 Significant portions of Uli Sigg's collection will be on display in a joint exhibition by Kunstmuseum Bern and Zentrum Paul Klee in Bern, Switzerland and afterwards will travel in a reduced version to MAK – Austrian Museum of Applied Arts / Contemporary Art in Vienna, Austria, before substantial parts of the Swiss collector’s holdings move to Hong Kong as a donation. Some 150 recent works from the Sigg and M+ Sigg Collections will be presented in Bern from 19 February until 19 June 2016 and thus reflect today’s China.

The exhibition has been extended until 25.09.2016 at Kunstmuseum Bern

“Chinese Whispers” provides a deeper insight into China’s art scene of the past fifteen years. The exhibition provides an opportunity to explore the vast country through the eyes of Chinese artists, from Ai Weiwei to Zhuang Hui. It follows on to ”Mahjong“, the internationally acclaimed show held at Kunstmuseum Bern in 2005. Curated by Bernhard Fibicher and Ai Weiwei, it was the hitherto most extensive exhibition of Chinese contemporary art in the west.

The title of the forthcoming show, ”Chinese Whispers” refers to the popular party game in which an orally transmitted message changes as it is passed from one person to the next. Notions of tradition and transmission, distortion and miscommunication are part of the exhibition concept. On one hand it will be reflected through the influence of western contemporary art on Chinese, on the other hand through their renewed interest in their own traditions, but also their reflection of life in present-day China. Moreover, the exhibition will question western perceptions of China and the vast cultural, historical and political differences that remain despite our greater familiarity with the world's largest cultural area and one of the biggest economic powers.

The exhibitions will document the ways in which Chinese artists have carved out their positions between east and west, between tradition and progress. It will also reflect their confident attempts to bridge the gaps, and to define their own identities in a global art system. The works on display express the impact of recent sweeping changes on China's urbanism, use of resources, criticism of the political system, and the documentation of its most recent history as well as personal introspection.

Contemporary Chinese art constitutes a unique phenomenon. Unlike current western art, which has evolved across a succession of artistic movements, there was a significant rise in Chinese art when greater freedoms were introduced in the 1980s. The country's artists swiftly embraced many modern and contemporary western art movements that had ”passed them by“, creating authentically Chinese art in terms of content as many works responded to the political and social challenges of the day. Since the turn of the millennium, a younger generation of artists has emerged that is both active at the very forefront of the global art scene and deeply committed to China's own rich artistic heritage.

In the late 1970s, Uli Sigg – Swiss business journalist, entrepreneur, a former Swiss ambassador to China (1995-1998) and art collector – became interested in contemporary Chinese art, and was its first systematic collector. Rather than following his own personal taste, he deliberately built his collection in the representative manner of a national gallery of art. Boasting over 2,200 works by some 350 artists, and representing various genres across forty years of Chinese art history, Sigg's is considered to be the world's largest collection of contemporary Chinese art to date. Sigg has always wanted to return his unique collection to its country of origin. In 2012, having found the ideal venue in the new M+ museum for visual culture, West Kowloon Cultural District, Hong Kong, he donated a large part of his collection to what will be one of the world's largest museums. Designed by the Swiss architecture office, Herzog & de Meuron, it is due to open in 2019. The M+ Sigg Collection will constitute the foundation of the M+ museum collection. Alongside a selection of works from Uli Sigg's donation to M+, “Chinese Whispers“ also presents many pieces from his still increasing private Sigg Collection.

“Chinese Whispers“ is the most ambitious joint project to date by Kunstmuseum Bern and Zentrum Paul Klee, which since mid-2015 operate under one umbrella foundation. Two of Bern's major cultural institutions will provide over 4,000sqm/44,000sqft of gallery space for the public display of 150 exciting works of contemporary Chinese art, including several spectacular installations.

In spring 2017, ”Chinese Whispers“ will be shown in a reduced version at MAK – Austrian Museum of Applied Arts / Contemporary Art in Vienna, Austria. From 2019 onwards, the M+ Sigg Collection will be on permanent display in Hong Kong.