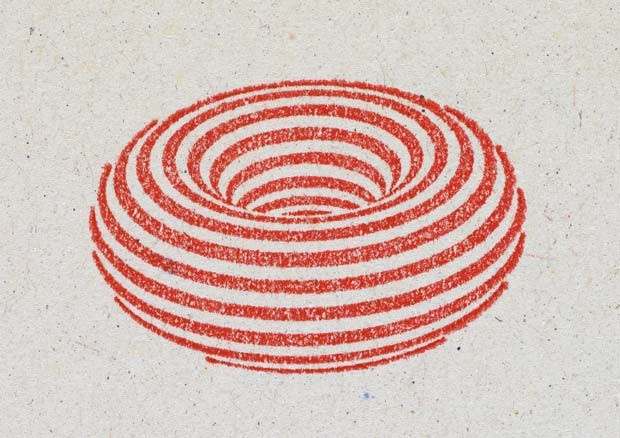 Markus Raetz, born in 1941, is one of Bern‘s most famous contemporary artists and a key figure in the generation of “researchers of artistic perception”. His multi-faceted work playfully revolves around the processual nature of our experience of reality and makes us aware that, by using a great diversity of media and techniques, reality changes in relation to our standpoint.

With over 350 prints, this graphic medium plays a leading role in Markus Raetz’s oeuvre. It would seem that printmaking is the key artistic genre for Markus Raetz’s investigation of perception.

The exhibition at the Kunstmuseum Bern is showing prints by Markus Raetz in combination with a number of sculptures representing all the phases of the artist’s career. The presentation of prints and three-dimensional artworks highlights how these two vastly different media mutually influence one another in Markus Raetz’s work. The line as an element of design is not only manifest on paper but likewise in space. Thus lines form words, for example, which change their meanings relative to where the beholder stands, sometimes even into the opposite. This exhibition of prints and three-dimensional artworks thereby unfolds semantic fields and sensitizes our perception into finding new options for interpretation.

The show is based on the extensive holdings of the Kunstmuseum Bern and has been conceived as the sequel to the 1991 show that took place there—Markus Raetz: Printmaking from 1958 to 1991. The presentation comprises an overview of his printing oeuvre right up to developments today. Key aspects of Markus Raetz’s work will be spotlighted in eight rooms, focusing especially on the subjects “Seeing and Perception”, “Landscape”, “Physiognomy”, “Quotes, References and Homages”, “Script / Words”, “Two- and Three-dimensionality”, as well as printmaking techniques such as heliography and copperplate engraving.
www.kunstmuseumbern.ch