New Additions to The Collection: August Gaul And Martin Lauterburg 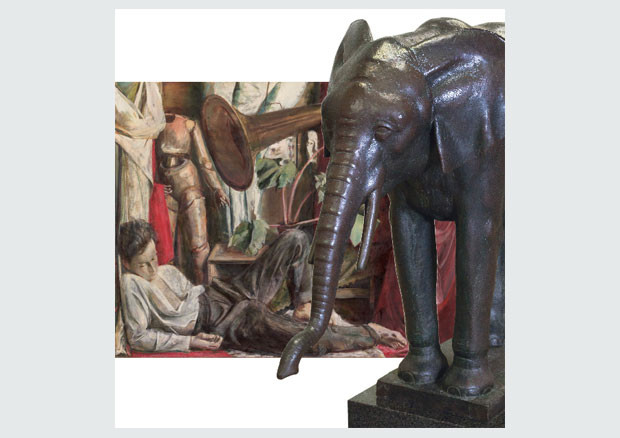 In summer 2013, the Kunstmuseum Bern had the honor of receiving a large number of sculptures as a permanent loan from the Zwillenberg Foundation. The artworks are largely smaller sculptures, but include some large pieces such as a young elephant executed by August Gaul (1869–1921).
The exhibition is offering insights into the creations of the Bernese painter Martin Lauterburg (1891-1960). It is being mounted on the occasion of the transferal of the Martin Lauterburg Foundation, which was founded in 1973, to the Kunstmuseum Bern Foundation.

The Zwillenberg-Tietz family accrued the collection from 1900 onwards in Berlin. Born in Hesse, August Gaul worked as an artist in Berlin during the Gründerzeit, an ecclectic style in Germany during the latter part of the 19th century. He made practically only sculptures of animals. His participation in the Paris Exposition Universelle brought him considerable fame among private collectors and museums. This was enhanced through sales of his work by gallery owners Bruno and Paul Cassirer. Gaul was also a founding member of the Berlin Secession. His artistic repertoire ranged from realistic representations of animals native to Europe, such as sheep, goats and geese, to exotic beasts such as lions, elephants and penguins. He was able to study the behavior and appearance of the latter at the Berlin zoo, Zoologischer Garten.