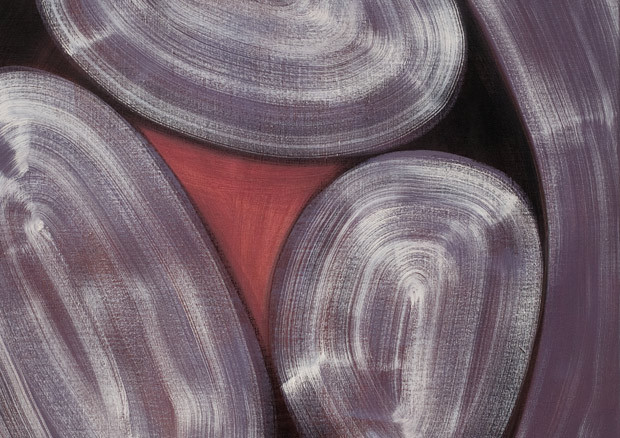 Crystal is precious. It has a regular structure and symbolizes spirituality in matter. For this reason it has inspired artists since romanticism. The Gothic cathedral, the architecture of light, is seen as a symbol of renewal by C.D. Friedrich. Modern architects such as Bruno Taut again took up this notion, and artists such as Lyonel Feininger, Adolf Hölzel and Paul Klee made their paintings resemble crystalline structures. Joseph Beuys saw crystal as symbolizing the cold pole of analytical thought, whereas Meret Oppenheim rediscovered its magical qualities. The exhibition focuses on art from romanticism to the present through a crystal lens.

Romanticism found a new aesthetic principle in the structure intrinsic to crystals in rocks and masses of ice while the majestic sublime of the alpine world asserted itself alongside grace and beauty.Bruno Taut and other modernist architects adapted to modern times the utopian idea of the Gothic cathedral of light of the romantics.Painters such as Lyonel Feininger, Paul Klee, or Fritz Winter in particular found in crystal a matrix that provided the structural framework for their new approaches to painting.The crystalline appearance of their work helped them discard outdated notions of realistic art, so they could make more profound statements on the nature of things.

In modernism, artists have interpreted crystal in new ways altogether.For Joseph Beuys it signified the icy pole of analytic thought, which demanded the warmth of social action.Meret Oppenheim’s crystal fountain brings static forms to life through water.Robert Zandvliet makes the inner beauty of the “stones of light” shine in his large-format paintings.And finally, the installations of the artist duo Steiner & Lenzlinger in the exhibition draw on the resemblance between crystal and plant growth by proliferating urea crystals, the basic substance of artificial fertilizer in modern agriculture.

With Stone of Light:Crystal Visions in Art, the Kunstmuseum is continuing its tradition of themed exhibitions like Six feet under, Lust and Vice, or The Weak Sex.
www.kunstmuseumbern.ch