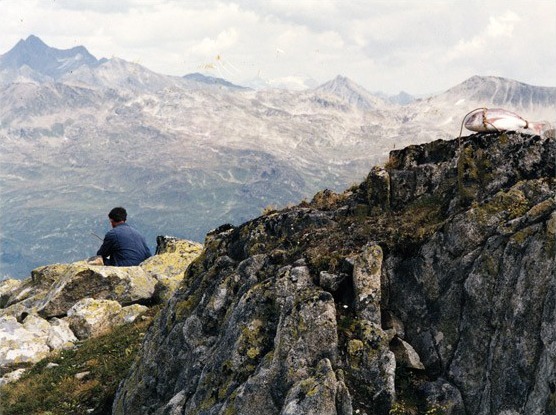 The Kunstmuseum Bern is exploring the videos, photos, drawings, and objects of the highly diverse oeuvre of Terry Fox (1943–2008) in a solo exhibition. Terry Fox was an American performance, sound, and conceptual artist. He was more what is known as an artists’ artist, that is, an artist who was primarily a big name in artists’ circles during the 70s and 90s.

As was popular in art at the time, Terry Fox strived to conflate art and life in his work, achieving this synthesis in the shape of elementary gestures. Consequently he very early abandoned traditional forms of art such as painting. Instead he began to stage everyday situations as art performances and within this framework increasingly resorted to implementing his own body as part of the work. In his art he explored personal experiences and his own spontaneous perception of life. The labyrinth in Chartres Cathedral played a key role in his work. He chanced upon it while traveling in 1971 and intensively perused its relevance over the next eleven years. For him it was a metaphor for his own path in life, which overshadowed by sickness – while paths through a labyrinth inevitably lead to its center, there are so many twists and turns that we lose track of the course we have taken. Orientation is difficult in a labyrinth. It is adversities such as these that Terry Fox scrutinizes in his work and which make complex text arrangements and secret codes so intriguing to the artist.

From the mid-70s, Terry Fox utilized space as a resonance chamber for his sound performances by spanning piano strings from wall to wall. With this approach he made a profound impact on sound art in Europe. Additionally the work of Adolf Wölfli and Robert Walser fascinated him. The exhibition also explores this facet of his work. The show commences with a performance staged by Terry Fox at Furk’Art 1990, where he also presented an installation. The exhibition comprises a selection that represents the wide scope in Terry Fox’s use of media in his art and seeks to comprehend the scope and meanings of his thematic universe. At the same time it probes the issue of exhibiting performance art, a problem that will be addressed in detail in an accompanying symposium.