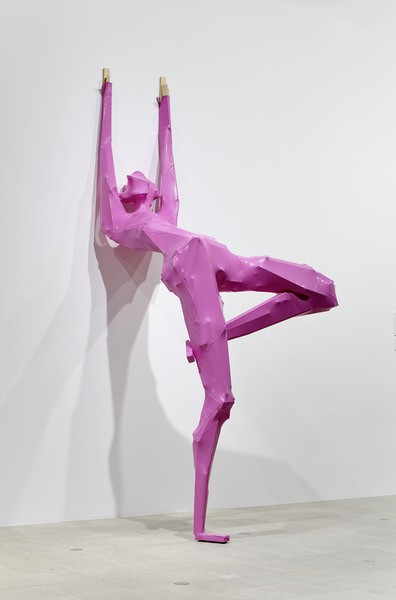 At the beginning of the 1980s, Georg Herold, who studied under Sigmar Polke from 1977 until 1983, questioned art and the art business in a radical and sarcastic way together with Martin Kippenberger, Werner Büttner and Albert Oehlen. During the 1980s, the group developed an oeuvre which seems like a dada-inspired encyclopedia of the provisional. Their paintings, sculptures, installations, objects, texts and videos with their character of being created en passant reflect an artistic core belief that confronts the myth of perfection and masterpiece with calculated “unfinishedness.” Georg Herold’s works which are made from everyday objects and materials critically and ironically deal with art historical, social, political, ideological and religious ways of thinking and constantly surprise the viewers by confronting them with their own expectations of art.

Ever since the 1980s, the artist, who was born in Jena in 1947, has numbered among the most impactful artistic figures in international contemporary art and has been represented at almost all the trend-setting group exhibitions of the last decades, including documenta IX and Skulpture Projects Münster 1997.

Seven years after the comprehensive exhibition “The Luminous West,” which the Kunstmuseum Bonn dedicated to the art of North Rhine-Westphalia and which Georg Herold took part in, and more than a decade after the artist’s last great solo exhibition, the Kunstmuseum Bonn will be presenting a monographic exhibition focusing on central aspects of Georg Herold’s work while proving the vital and humoristic vigor of his oeuvre.
www.kunstmuseum-bonn.de