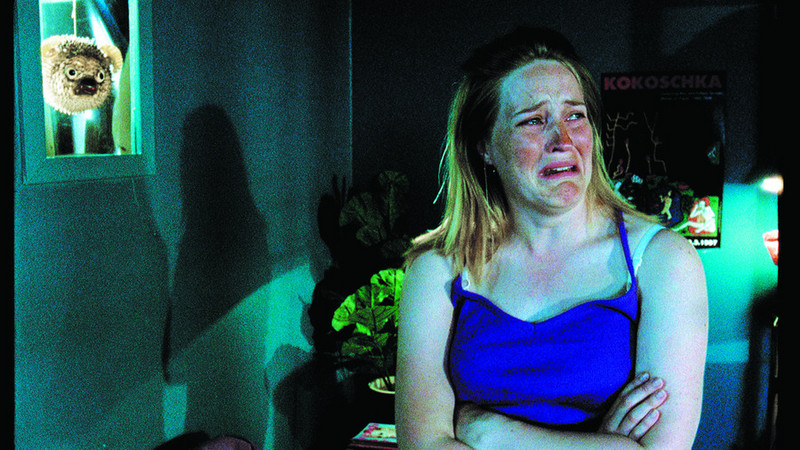 The exhibition “HEIMsuchung” is about the transition from a formerly intimidating exterior to an intimidating interior and the parallelization between destabilized subjects and unstable spaces. The title “HEIMsuchung” already indicates the paradoxical ambivalence of its theme: In an increasing awareness of a home’s tenuousness, an abode to come home to has now become a threat, the latent anti-homeyness of an only superficially safeguarded refuge. The ego, which can only think systematically as an Other, increasingly experiences the places that represent his/her abode by the manner of their psychic overload, as manifestations of a mental destabilization.

In an internationally designed selection of 21 contemporary positions, Kunstmuseum Bonn shows a broad range of works that react to a world in which it is more difficult than ever to draw the dividing line between inside and outside. The individual has lost faith in himself/herself and the original function of his/her home as shelter and refuge, in that it has more and more taken on the character of a stage-set hull. For a world that has become vulnerable by way of its permanent interlacing of a subjectively insecure inmost with an uncontrollable outermost, art devises claustrophobic, dysfunctional, latently or openly uncanny images that primarily see interiors as a “cause of mental disorder”.

Within the Kunstmuseum’s exhibition program, “HEIMsuchung – Uncanny Spaces in Contemporary Art” thus takes its place in a series of prominent thematic exhibitions with which the museum has over these past years examined chiefly existential questions, including “Gehen Bleiben” (2007/08) and “Ferne Nähe” (2009). The tour through the exhibition follows a presentation that shifts between the levels of the image (film and photography), model situations, and specially built walk-in spaces. These allow the visitors to immerse themselves in altered, claustrophobic and uncanny rooms, just as it also repeatedly raises them to the level of distanced observation via a confrontation with models as well as with cinematic and photographic works.