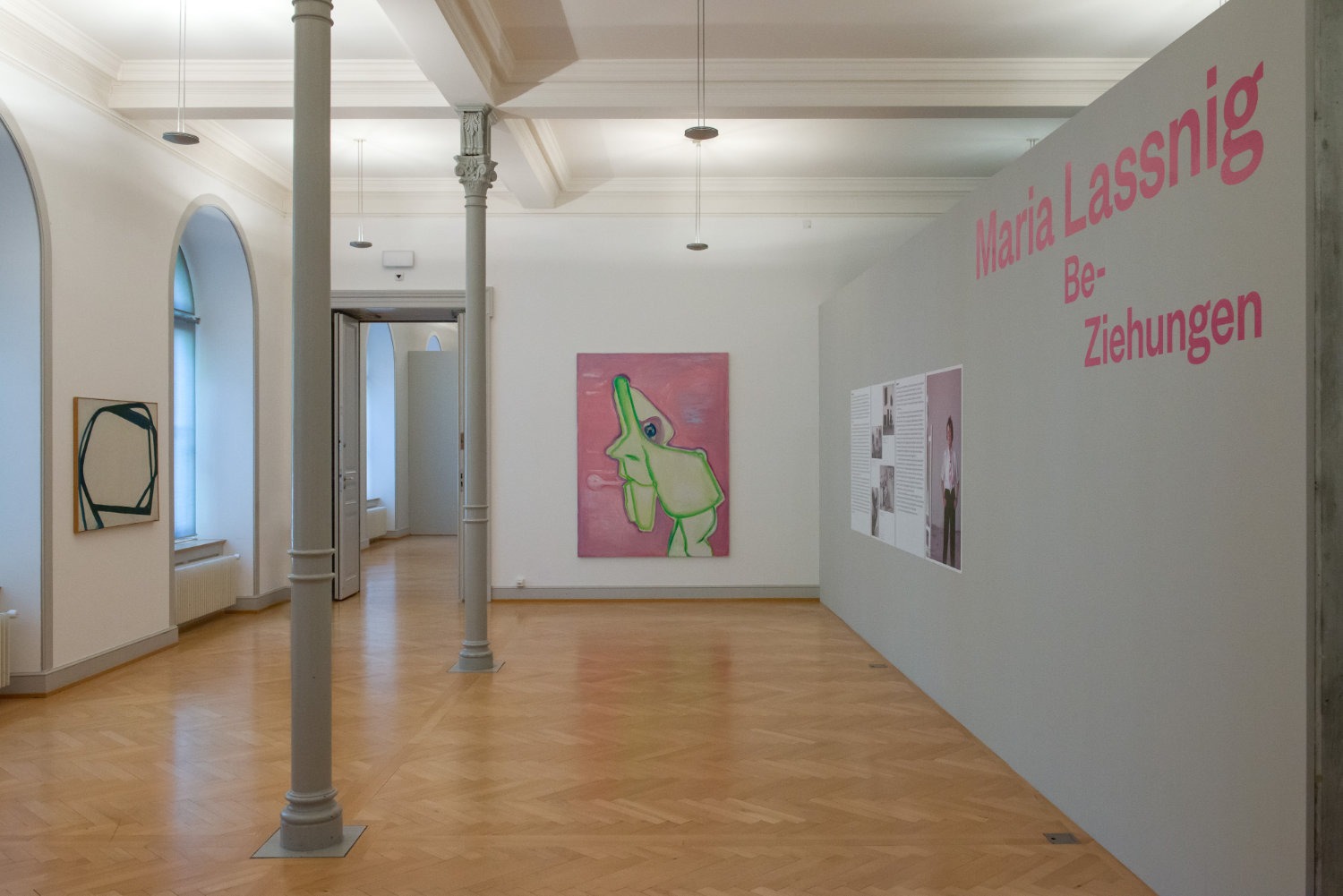 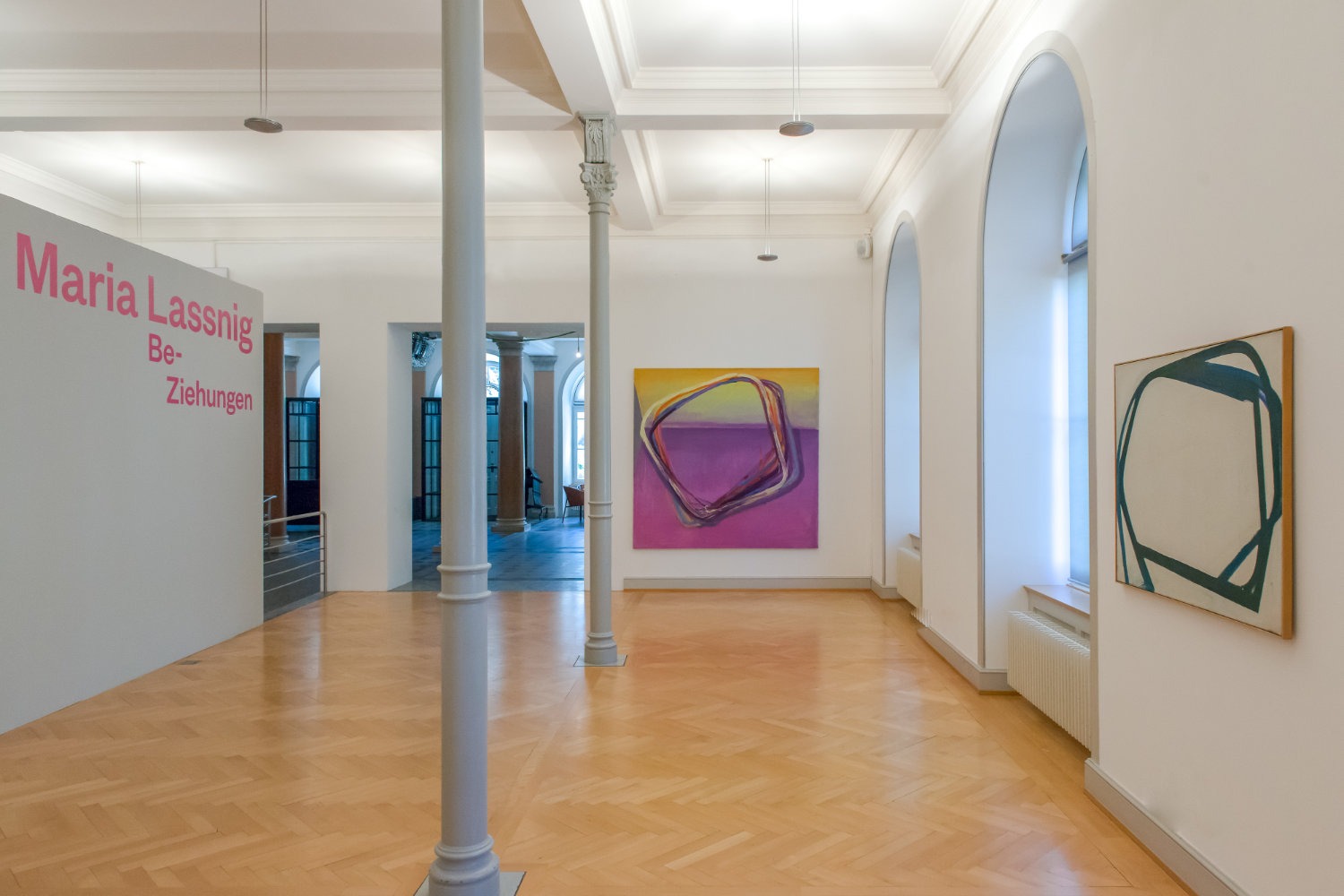 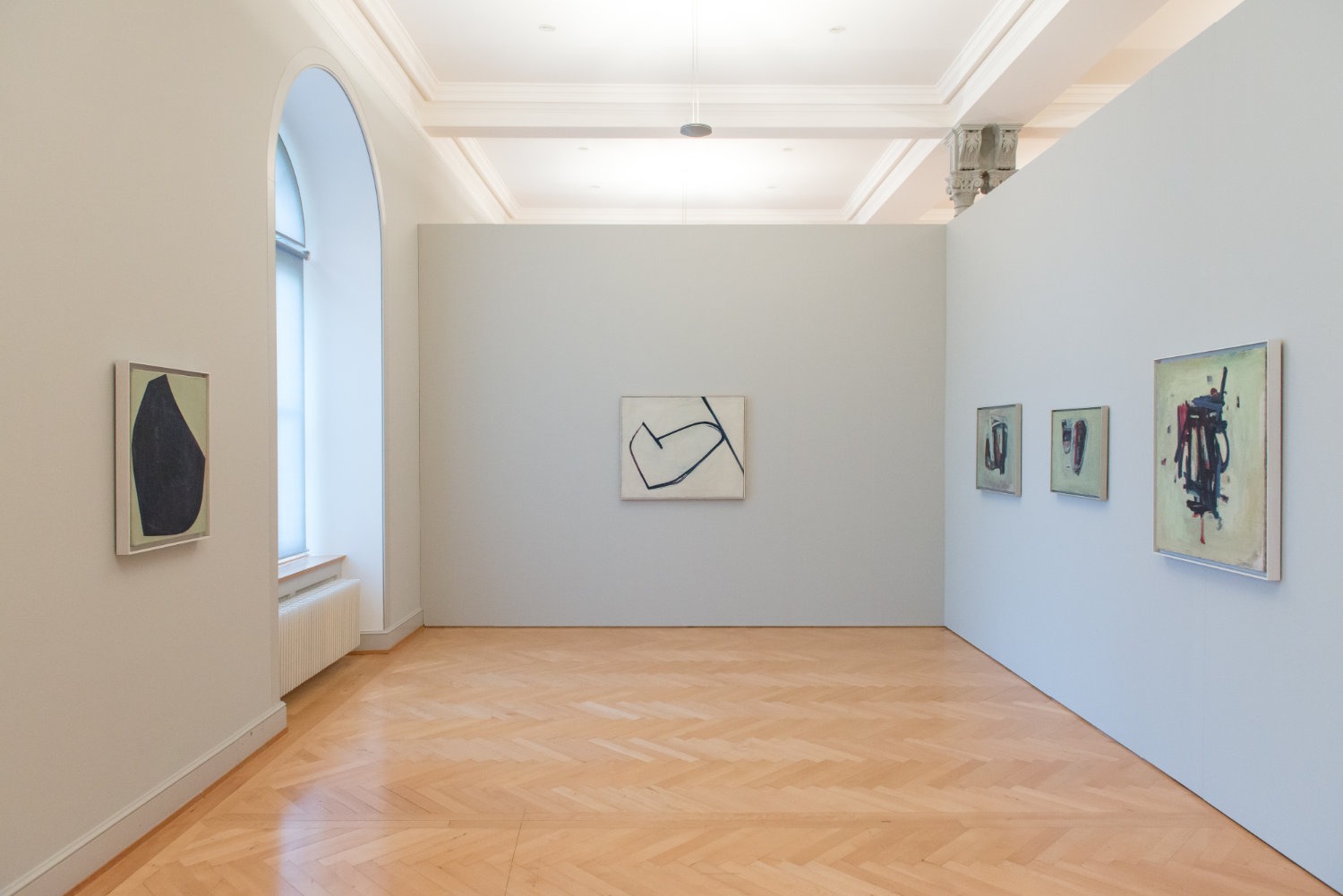 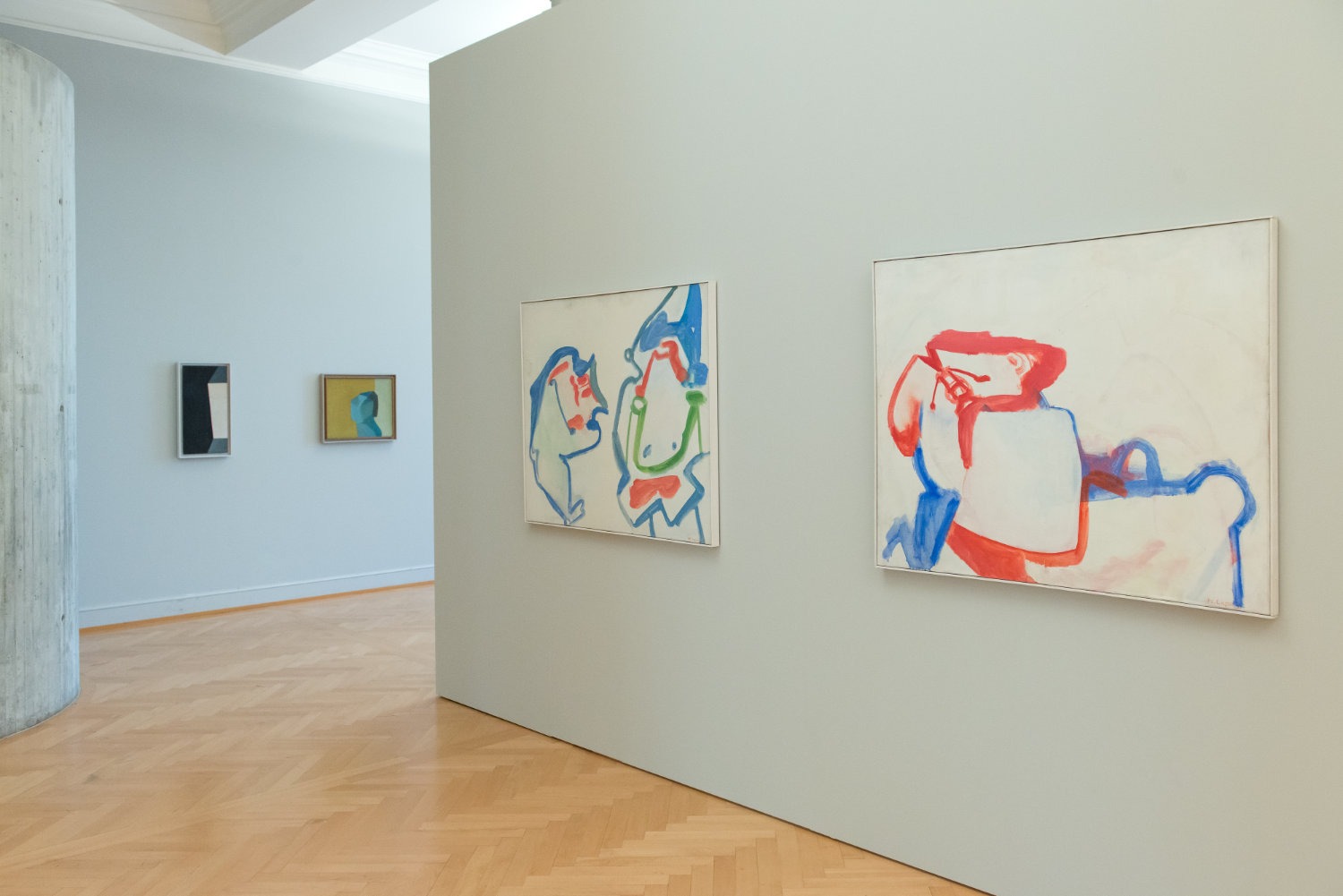 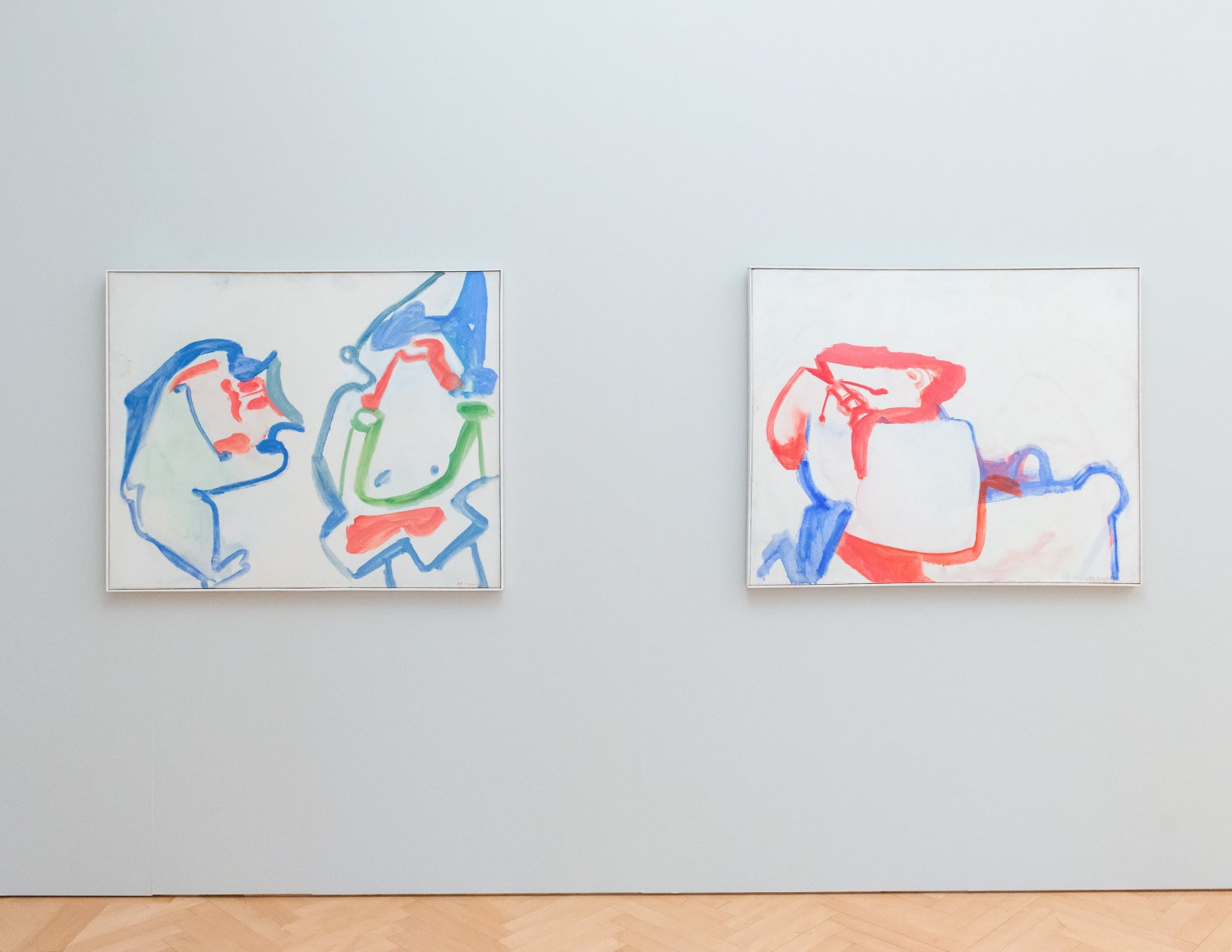 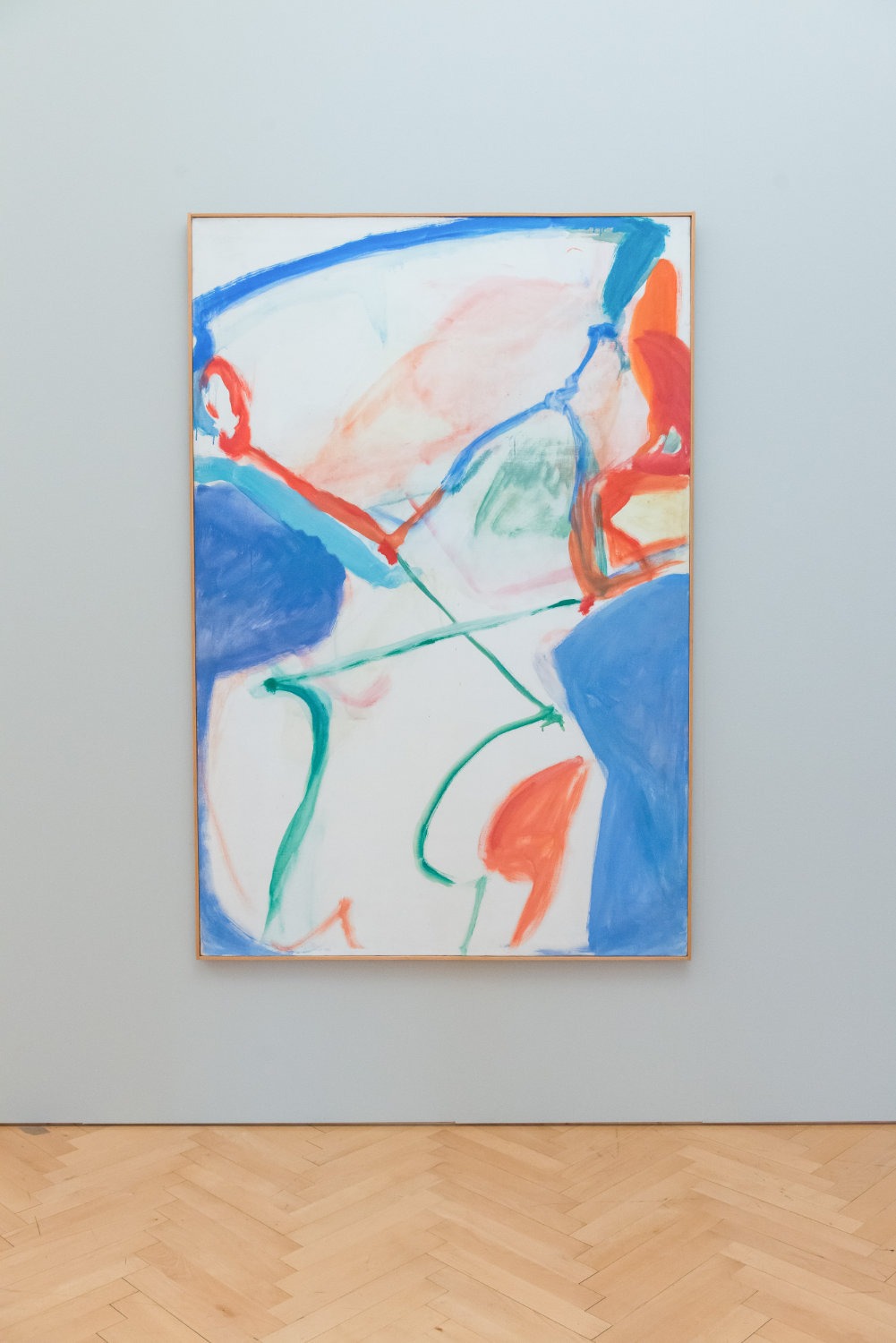 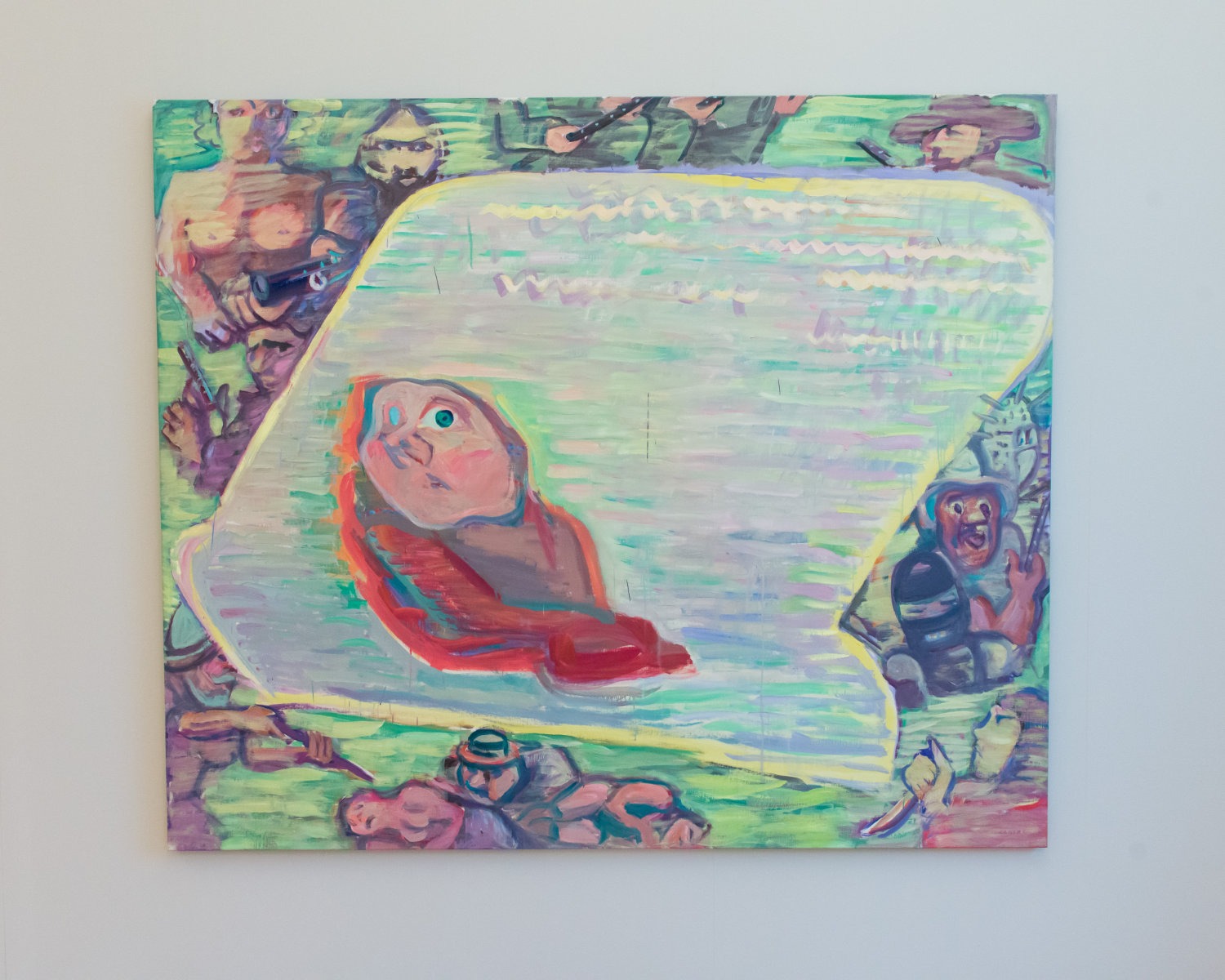 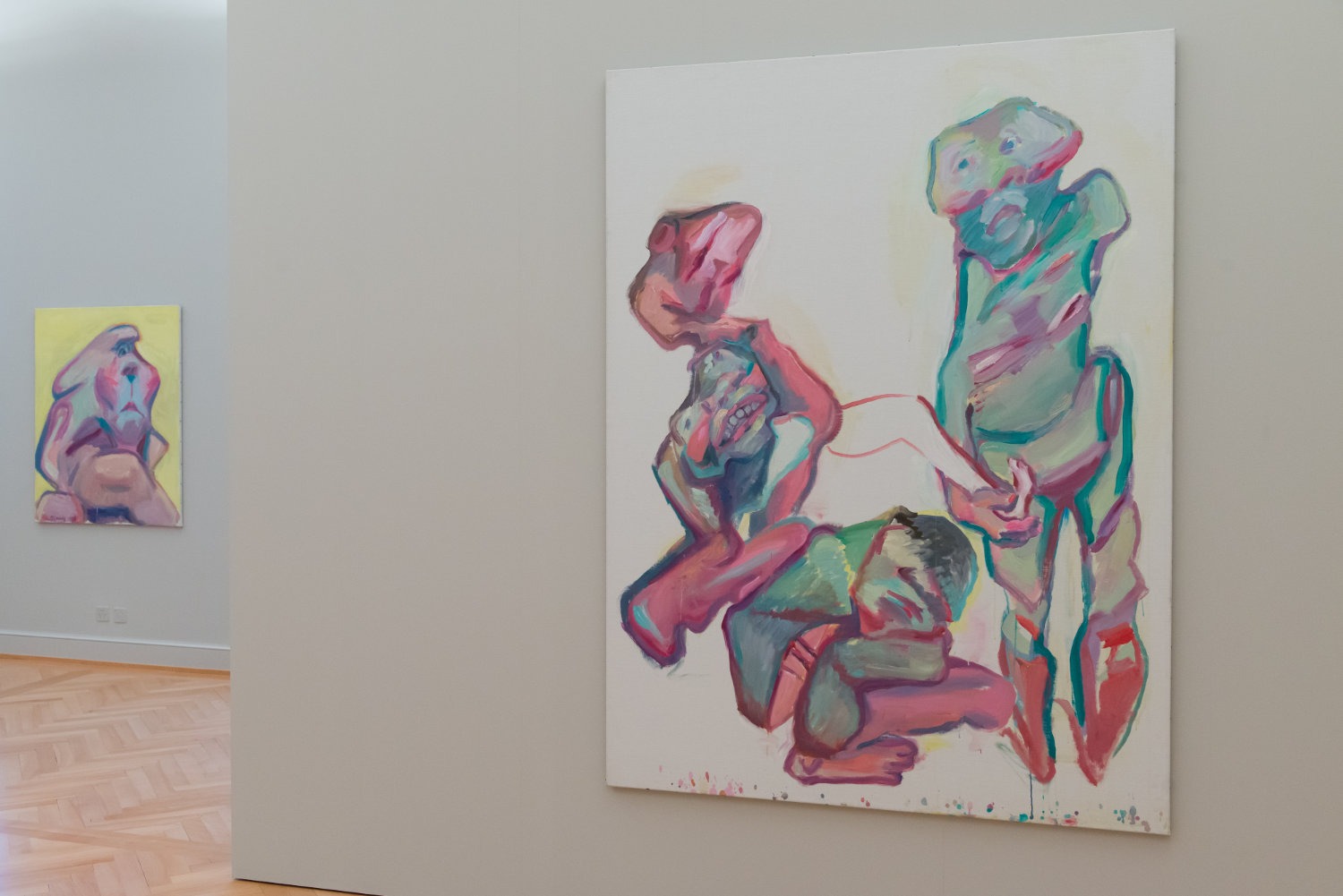 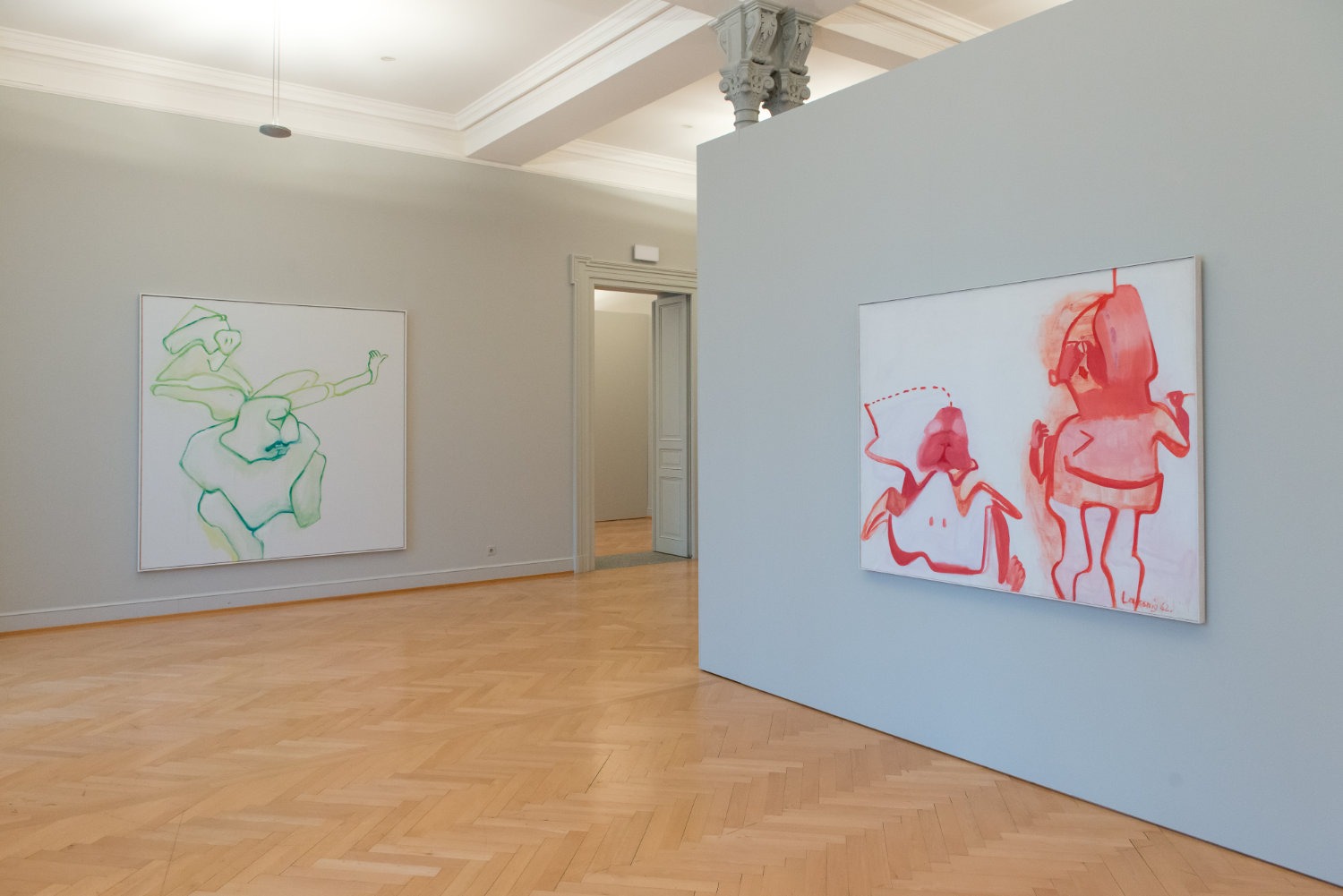 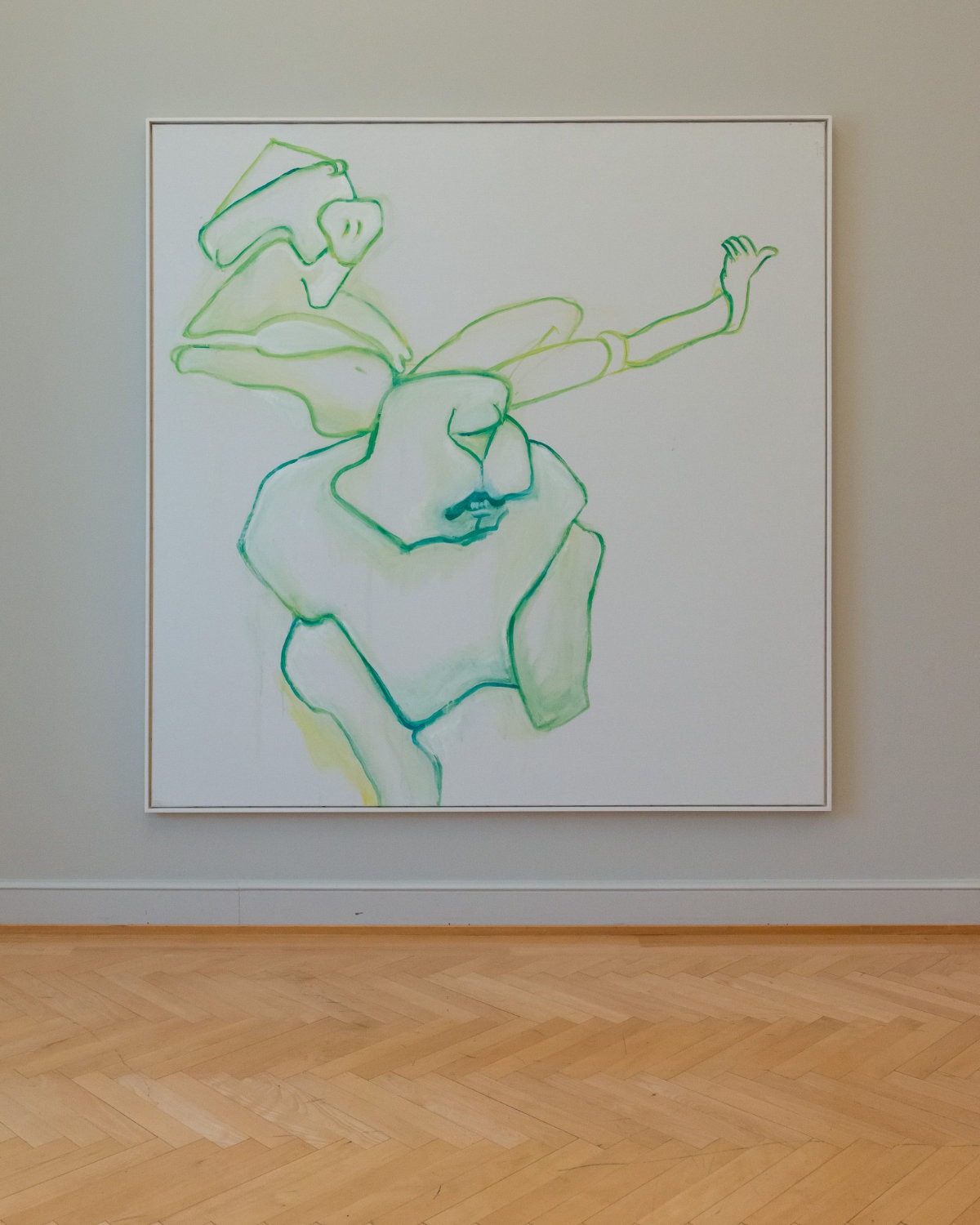 Maria Lassnig, Frau und Mann, 2007 Maria Lassnig Foundation Installation view St.Gallen photo: Mark Mosman
Maria Lassnig (1919–2014) is undoubtedly among the most influential artists of the twentieth century; her body-centric painting occupies a central position in the development of contemporary art. In close cooperation with Johanna Ortner from the Maria Lassnig Foundation in Vienna and its chairman Peter Pakesch, an exhibition has been compiled for St. Gallen which offers a concentrated look at the development of Lassnig’s oeuvre. The title refers to a series of large-scale paintings by the artist which were created beginning in 1992, and simultaneously points to the formal and conceptual connections that permeate her entire work through a wide variety of media.

For the first time, the exhibition traces these aspects, presenting her world-famous late work from new perspectives. Fantastic early works in the tradition of modernism and pictures that were largely created in Vienna up to 1960, which could be associated with Art Informel and Tachism, form basic structures of fragile interrelations to which Maria Lassnig continually refers.

Beginning in the late 1940s, she was one of the first to express bodily experiences through artistic media with what she called Körpergefühlsbilder (body awareness pictures), and in particular openly dealt with the influence of the female body on the life path and biography of a female artist. At first she called her work based on the experience of the body «introspective experiences.»

Her works contain delicate balances, especially in the «line paintings» created in Paris beginning in 1960, profound sensations and the visualization of her own bodily perception. Humorous and serious, analytical and poetic at the same time, she captures her environment in pictures in a web of associations.

At the same time, the Kunstmuseum Basel is showing Maria Lassnig’s extensive drawings in the exhibition Dialogues (12 May – 26 August 2018), curated by Anita Haldemann and Antonia Hoerschelmann in collaboration with the Albertina in Vienna.