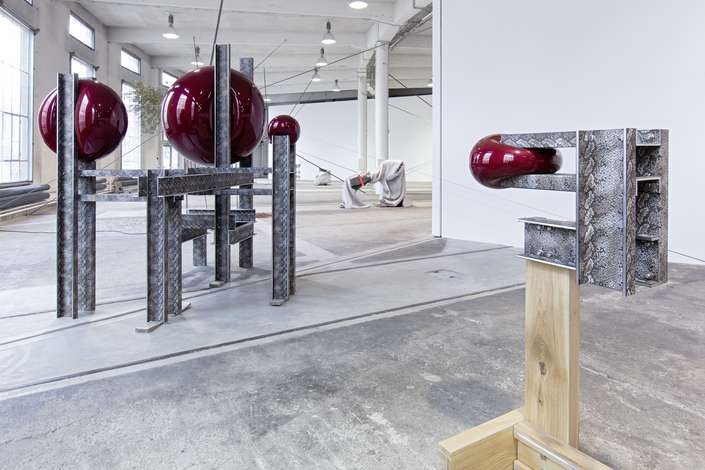 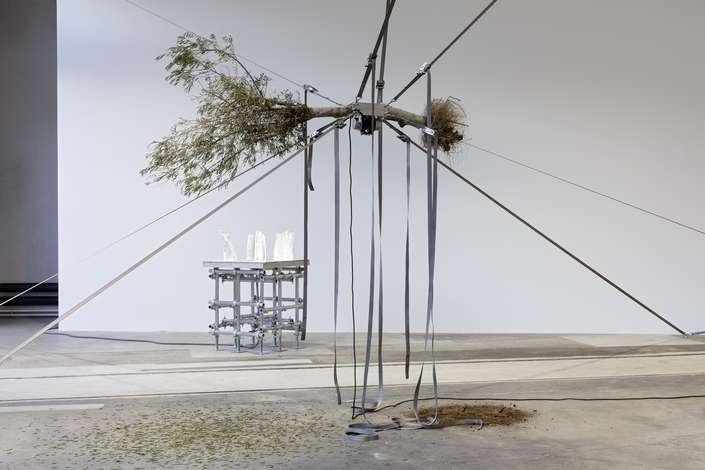 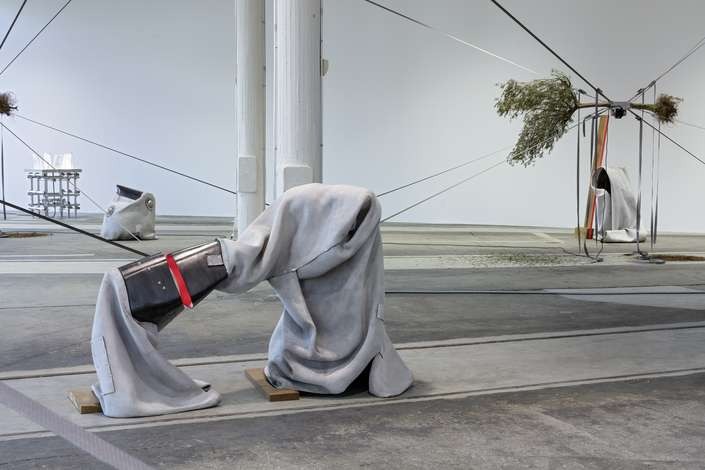 Siobhán Hapaska’s (*1963, Belfast) sculptures contain political, social, and ideological aspects, but also reflect elements of technology and nature. The works in the current series with titles such as Touch and Love are made of a newly developed material, a concrete fabric that is used for emergency shelters. The artist uses its qualities to create striking sculptures that refer to the human body.

Alienation and loneliness as well as a carefree attitude and humor are recurring feelings in her work; she soberly explores and examines them in sculptural placements. This results in complex material relationships that oscillate between potential power and balanced equilibrium. The sculptures, enigmatic in their composition, allow for several readings: the inherent properties of the materials contrast with symbolic meanings for the environment/ecology, economy, culture, and religion.

Siobhán Hapaska has realized acclaimed solo exhibitions at John Hansard Gallery in Southampton (2019), the Museum Boijmans Van Beuningen in Rotterdam (2015), and Magasin 3 in Stockholm (2013). In 2001 she was featured in the Irish Pavilion at the 49th Venice Biennale, and in 1997 she was represented at documenta X. The exhibition planned for the art area of the Lokremise is the artist’s first solo show at a Swiss institution. It is being developed in cooperation with Douglas Hyde Gallery in Dublin.