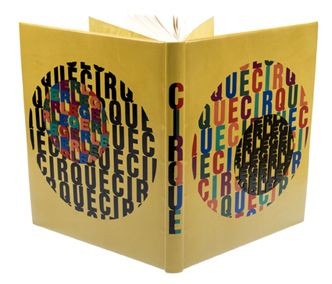 The collection of the Stuttgart couple Wulf D. and Akka von Lucius offers a representative overview of the medium of the artists’ book. During 40 years of collecting, the two publishers have gathered together a considerable number of important artists’ books. The exhibition presents the artists’ book in all its manifold metamorphoses — an exotic artistic medium in which the visual artists’ contributions go far beyond illustration. The resulting dialogue between artwork, text, typography, paper and their collective character as an object is characteristic of the artists’ book. And it is also not rare for conception and realization, idea and execution, to occur simultaneously.
The exhibition presents an exemplary selection from the Lucius’s extensive private collection, and it thus provides a comprehensive survey of the medium’s rich range during the period from 1945 to the present: Works by representatives of the École de Paris, the New Figuration, abstract art, and American Pop Art can be seen — including Pablo Picasso, Henri Matisse, Horst Antes, Walter Stöhrer, Jim Dine, and Andy Warhol, among many others.
www.kunstmuseum-stuttgart.de