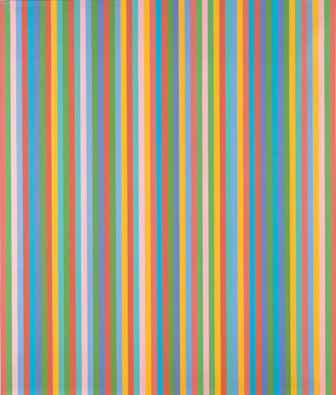 Heinz Teufel, the famous gallery owner and collector, died in 2007. He was a great patron of Concrete Art in Germany. From opening his first gallery in 1966 in Koblenz up to his 1998 activities in Berlin he consequently pursued a stringent gallery profile � independent of the fluctuating fashions of the art world. Including works by 46 internationally renowned artists, the collection of Concrete Art he put together within this period is in the Kunstmuseum Stuttgart as a permanent loan since 2004. This assortment of art, including 200 paintings, numerous sculptures, and an extensive stock of prints, gives an exemplary pan-European overview of Concrete Art since the Second World War. The inclusion of Eastern European as well as Italian and French manifestations of the abstractionist movement is an outstanding feature of the collection and rarely to be found in museums. In the collection artists such as Aurйlie Nemours, Zdenek Sэkora, Antonio Calderara, as well as the »Swiss classics«, such as Max Bill and Richard Paul Lohse are represented by outstanding works. The complete catalog of the Heinz and Anette Teufel Collection is being published especially for the comprehensive presentation of the collection.
www.kunstmuseum-stuttgart.de