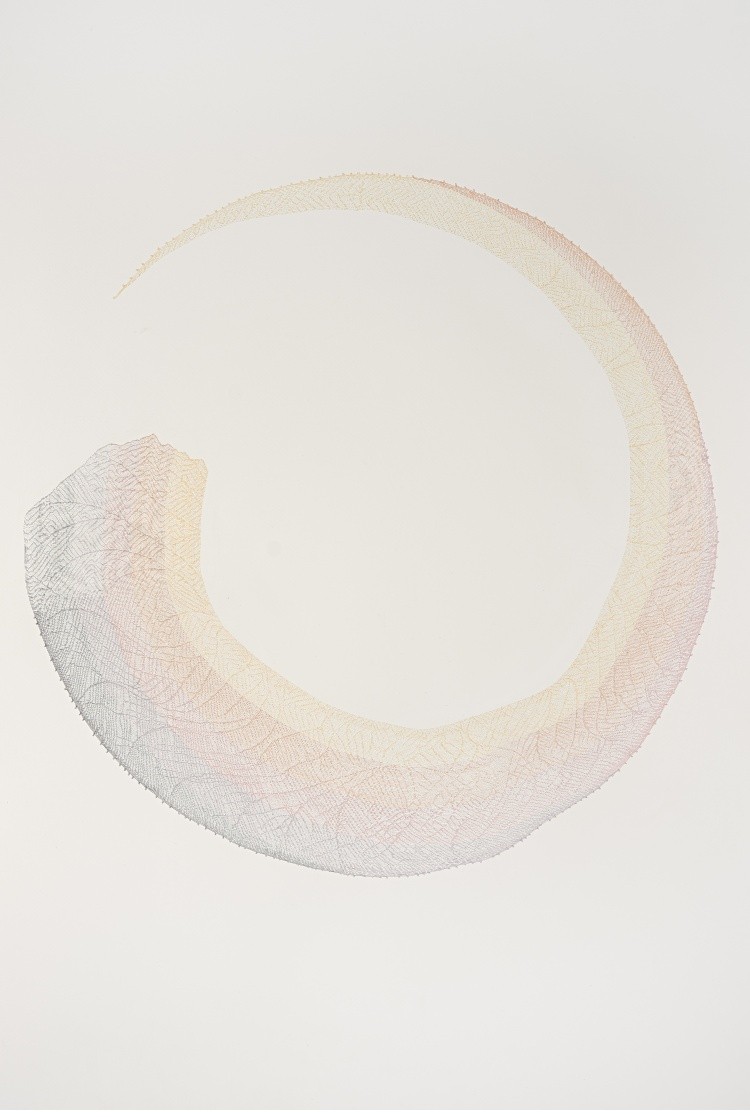 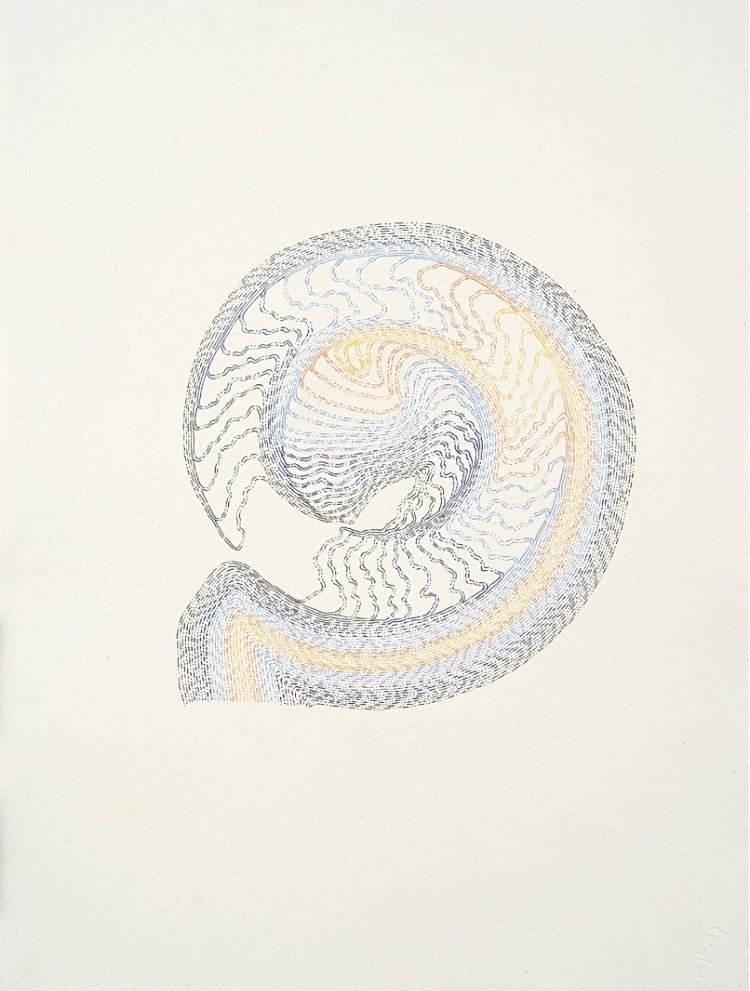 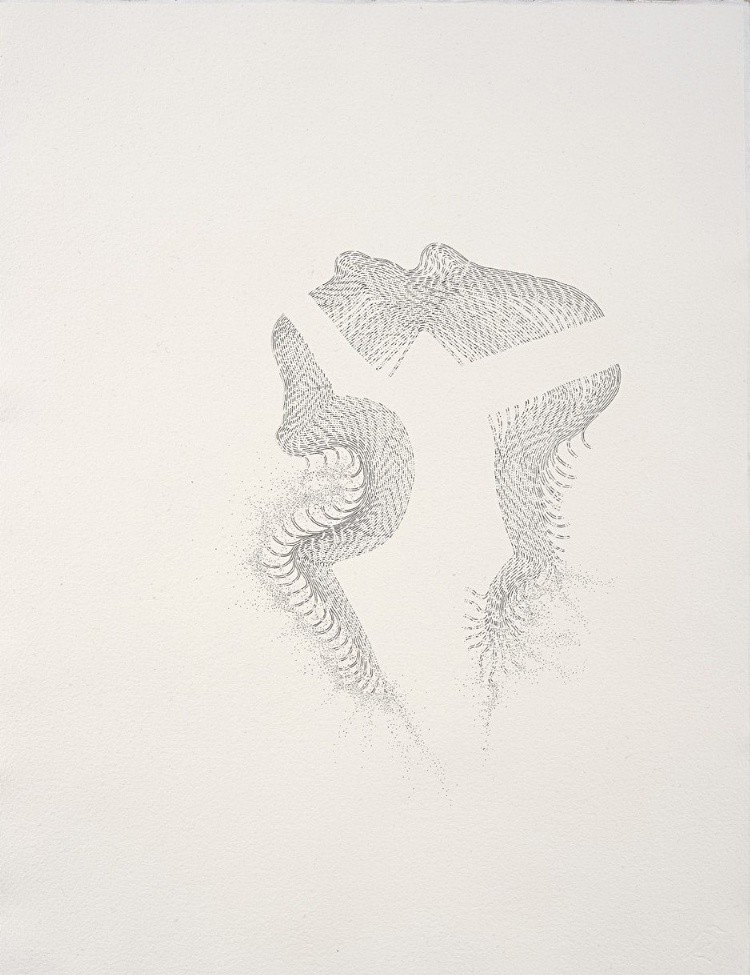 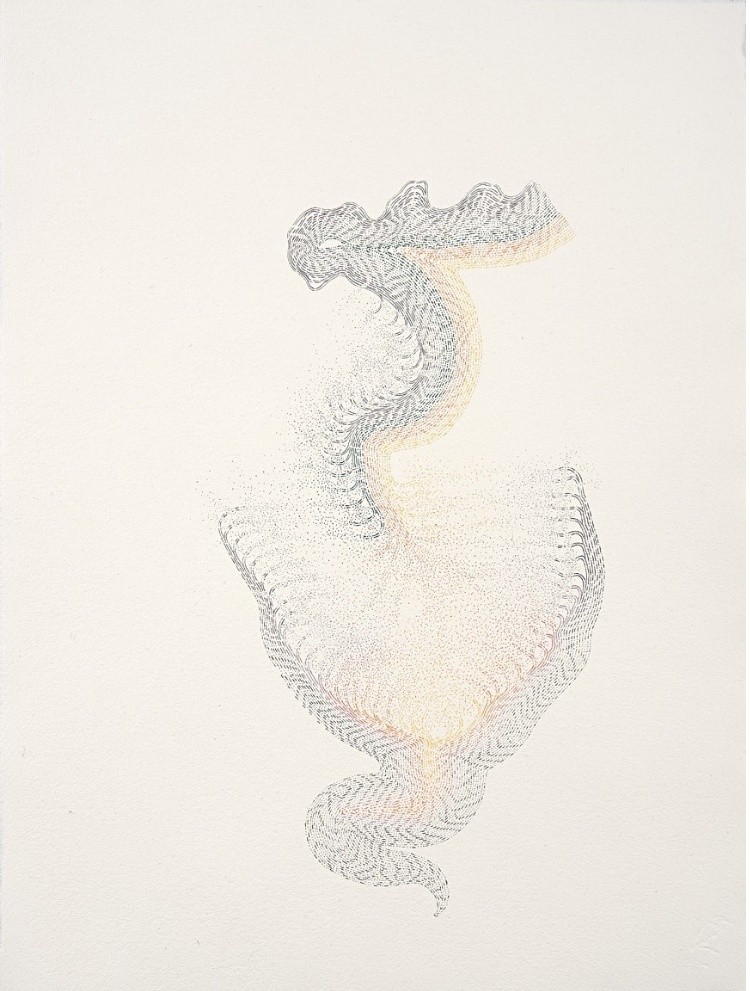 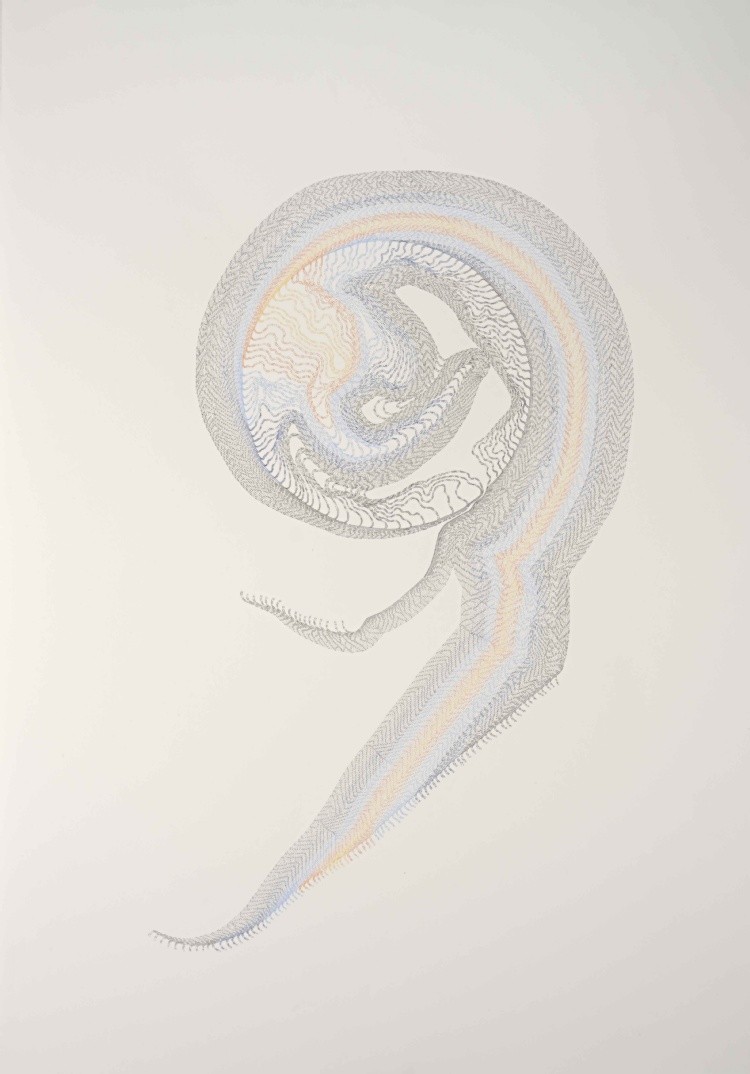 The title the East Tyrolean artist Benjamin Zanon (b. 1981, lives and works in Innsbruck) gave to his solo exhibition at Kunstraum Innsbruck is o. UT. (in full ohne Untertitel, no subtitles). The specific abbreviation we may be familiar with from the movies, but not in art. In this case, however, the exhibition title does not literally comment on the missing subtitles, but refers directly to the artistic practice of Benjamin Zanon, who tries to strip his drawings of any representativeness or narrative element. Infused with a strong poetry of fragility and finitude, these drawings come across as the artist's own mental landscapes and thought spaces. Zanon translates his subjective and emotional experiences into a self-contained symbolic language that conforms to the mechanisms of a self-generating code, in order to initiate, by way of an ever meandering drawing process, a continuous translation of present into symbols. Even though the drawing in each case is preceded by an emotional state, it uncouples itself from the figurative depiction of this experiential context.

This process can best be observed in the two works shown in the Studio. In the display case, a selection of drawings are presented that Benjamin Zanon developed for the left pages of Quart Heft für Kultur Tirol magazine (Gurschler 1-5, Schuchter 1-5, Brenner 1-5). On all text pages (which in the magazine are to be found on the right) he counted the letters and translated every letter into a symbol, in order then to capture the number of the respective letters on the drawing sheet. In a complex condensation process, an individual translation thus came about of the respective text into the artist's symbolic language. This approach to the translation of perception and reality has been a crucial building block of Zanon's work from the beginning and has made him wander like a flâneur through urban and rural spaces to let his records become complex drawing processes. The beginnings of this practice is also shown, in the smaller exhibition room, in the large work on paper that was created already during his studies at the Düsseldorf Art Academy in the class of Richard Deacon in 2014. It presents a complete copy in mirror writing of the riminiscences of a place in East Tyrol where the family used to spend their holidays together. Every thought was noted alternatively with a red and a blue biro. The bleaching out of the biro letters for Zanon corresponds to the fading of memory.
In the main room there are three series of drawings, created specially for the exhibition, that testify to this meticulous recording of memories. Once again, it is memories of the family that provided the inspiration for the series. The large drawings with the titles 7s1 (glätten), 7s2 (steigen), 7s3 (kümmern), 7s5 (scheinen), 7s4 (fiebern), 7s6 (schleichen) and 7s7 (ahnen) (note: s stands for series) depict personal memories of the artist of his childhood, just as the six drawings of another group, 6s1 M/O, 6s2 B/O, 6s3 S/B, 6s4 N/I, 6s5 K/T and 6s6 P/C, constitute a portrait of the family, and the small drawings are portraits of persons close to the artist, without it being relevant who the respective portrait is depicting. A further reference to the family is inscribed into the two lime wood sculptures, as they are carved from the wood that his father, the writer Christoph Zanon (1951–1997), worked on during his lifetime, but did not finish. By way of an homage, a reading will be held at Kunstraum Innsbruck, on December 1, on the occasion of the twentieth anniversary of his death, where the artist's siblings are going to recite selected passages from their father's texts.
www.kunstraum-innsbruck.at