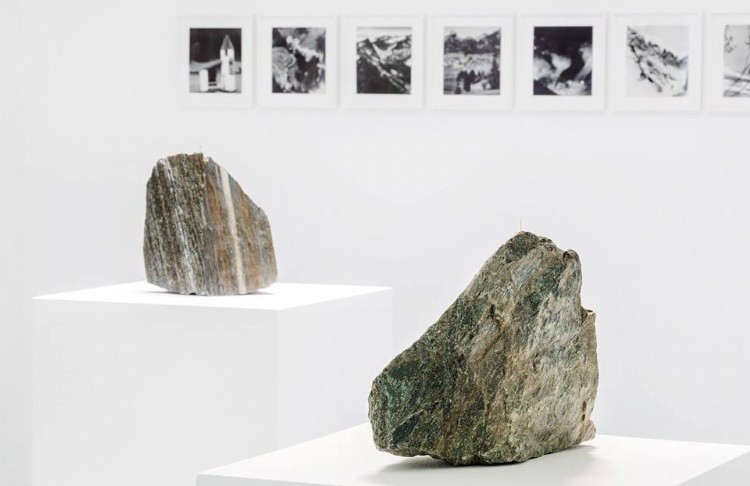 in collaboration with Schloss Ambras Innsbruck A catalogue will be published by Kerber Verlag at the end of the exhibition.

On the occasion of their first collaboration, Schloss Ambras Innsbruck and Kunstraum Innsbruck present a comprehensive insight into the work of the Belgian artist Kris Martin (b. 1972). By way of minimal interventions, the latter places everyday found objects in new semantic contexts that confront us with subjects such as life and death, being and mortality, our existence as such. However, Martin does not describe himself as a conceptual artist, as he derives his artistic impulse from close perception and confrontation rather than looking for and adapting an object in pursuit of a concept. He is much more a collector of images and worlds whose gentle and subtle interventions leave us astonished and make us think. In this vein his varied work practice forges a bridge between the history of the object found and its reverberations in the present, a fact that encouraged the two institutions – Schloss Ambras Innsbruck, with its historical collections, and Kunstraum Innsbruck, being a platform for contemporary art – to present Kris Martin's work in tandem, as it were.

In his exhibition at Kunstraum Innsbruck the artist presents his new work series "Lechtaler Impressionen" (2014), consisting of 69 black and white book pages from the eponymous illustrated book published by Fritz Honold in 1968. The images show the farming life of the time and the beginnings of tourism in the Tyrolean and Vorarlberg Lechtal valley. Kris Martin has modified each of the sheets with a single black fingerprint. The individual marking, in a semiotic sense, decodes an index whose sign character springs from a direct, a physical relationship between the artist and the marked, historical image. The artistic intervention alters our perspective and makes us critically consider the changes in our perception of mountains and nature.

In the same direction also point the three sculptures making up the six-part work series "Summit" from 2009. The idea of a sublime mountain world, as borrowed from romanticism, and its picturesqueness here is cut down to size, we might say. Confronted with the mountain summits, fitted with small paper crosses, we sense the fragility of our own existence and a certain humility in the face of the forces of nature represented by these giants. Through the attention to detail in his sculptures and interventions, which set out a poetical, and also laconic, view of our world, Kris Martin sensitises our perception. The same experience we make with the bee that, life-size and cast in gold, is lying on its back inside a glass case. Which value do we assign to this bee? The value of the precious raw material or the value of its endeavours? After all, without bees, despite all our innovations and technologies, there would probably be no survival on this planet.

To close off the exhibition, the work series entitled "End Points" hints at our sense of time and, consequently, the finiteness of our being. Kris Martin cut out the full stops behind the final sentences of his favourite books and stuck them on a separate sheet of paper. With the final full stop, and a short pause, the artist seems to imply, the authors release us into a huge void.

In the Bacchus Cave at Schloss Ambras Innsbruck Kris Martin presents his bronze sculpture entitled "Noah" (2011). The life-size depiction of a dead little bird from the nineteenth century here is supplemented with a tiny wine jug. The bird, formerly appearing dead, thus becomes the drunken and sleeping protagonist of this artistic intervention in the former wine cellar of Archduke Ferdinand II.

The biblical Noah sent out bird after bird from his ark to find out if the flood was over yet. Of Noah it is also said: "And Noah began to be an husbandman, and he planted a vineyard: And he drank of the wine, and was drunken ..." Kris Martin's installation consists of a little bird made of bronze that holds a tiny silver wine jug in its claw. Noah is Hebrew for rest, comfort. And here, in the Bacchus Cave, it rests with its eyes closed and its body reposing – an allusive salute to Bacchus, the heathen god of drunkenness?

The site of the presentation opens up another level of interpretation. The cave offers protection, like an ark, and at the time of its creation was the venue of mysterious rites. During the reign of Archduke Ferdinand II, the "Ambraser Willkomm" took place here, a welcome ceremony in the course of which participants had to undergo a drinking test in order to gain entrance to the sanctum of Bacchus.

Last but not least, "Noah" also bears reference to the Ambras cabinet of curiosities. European rulers such as Archduke Ferdinand II were delighted with the idea of imitating nature to the last detail, which found its most obvious expression in the technique of casting.

Whoever looks at Kris Martin's "Noah" is challenged to think not just about the multiplicity of the rush, be it of the waters of the Flood or of the blood caused by the wine running down the throats of visitors during the drinking ritual of the "Willkomm," but also about nature and its imitation – a subject that also pervades the exhibition at Kunstraum Innsbruck.
www.kunstraum-innsbruck.at