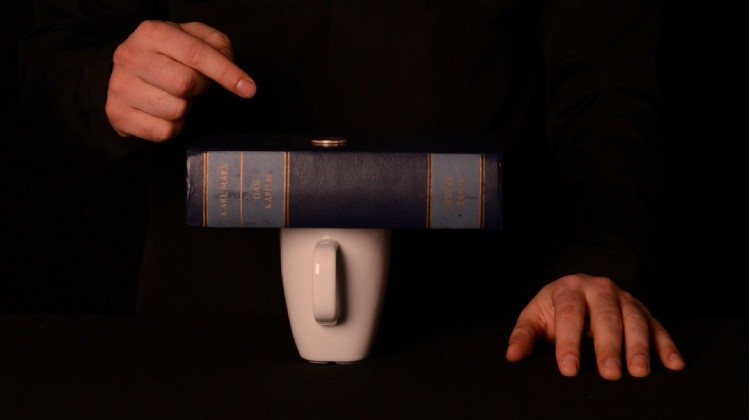 The artist Nasan Tur (*1974) reflects on the political ideologies and subliminal messages manifested in the working conditions of social and artistic practice. While doing so, he investigates the symbols of power and dissent, and how they characterise public space and our current opinions.

In the main space of Kunstraum Innsbruck, Nasan Tur presents the wall piece
Police Paintings (2014). The grey colour fields are appropriations and re-enactments of graffiti found in the external urban space, respectively their overpaintings, which emerged from the interaction between political civic protest and the Istanbul police, the state’s executive arm. In the summer of 2013, Nasan Tur documented in photographs the painted-over slogans of the Gezi Park protest movement and then transferred them one-to-one to the exhibition space. By transferring the political messages, silenced into monochrome planes, the artist not only reflects on how the state behaved towards civic opinion, but also on the complexity of the existing institutional and political conditions. The overpaintings in the process themselves become public manifestations of governmental misuse of power, as the police basically vandalised the very right of free speech and private ownership it is supposed to protect. In the context of the art institution, this double act of vandalism however also takes on a picturesque character, which implies a commentary, that is both ironical and cynical, on art and its reception. Nasan Tur raises the question whether political suppression ultimately might not also, in a positive sense, lead to art, if – despite the preceding effacement of the actual contents – it contributes to a productive and matter-of-fact discussion at the heart of the institutional and publicly funded representation rooms.
The video entitled Magic (2013), shown at the Kunstraum Project Space, also deals with transformative processes and the manipulation of our perception of reality in the cultural and political sense. Against a black background, the viewer sees the hands of the artist doing conjuring tricks. Coming into use here are objects of a political and cultural significance, and by way of the illusionist tricks mechanisms of manipulation and propaganda are laid open. How do we form an opinion, how are we guided in our perception by outside influences? The first shot shows three different cola cans or bottles: Cola Turka, Coca Cola, and Zam Zam Cola. Cola Turka was produced in Turkey from 2003, when anti-American feelings ran high at the beginning of the Iraq war. Zam Zam Cola emerged early on in Iran as a reaction to American imperialism and is being drunk to this day. Other sequences show the transformation of the front page of an American newspaper into the front page of an Arabian paper, or also the artist’s fist in which the Israeli flag mutates into a Palestinian flag. The playful act of the conjuring trick thus serves the juxtaposition of half truth and reality. Only through this juxtaposition we realise that every issue demands observation from various points of view.

By way of these minimal interventions – be it the transferral of graffiti overpaintings to the exhibition room, or the juxtaposition of objects serving propaganda purposes – Nasan Tur demonstrates how complex the process is through which our perception of reality is generated. It constantly is threatened and shaped by influences from the outside, while at the same time remaining open to correction through reflection and intervention. Yours sincerely, Karin Pernegger
www.kunstraum-innsbruck.at