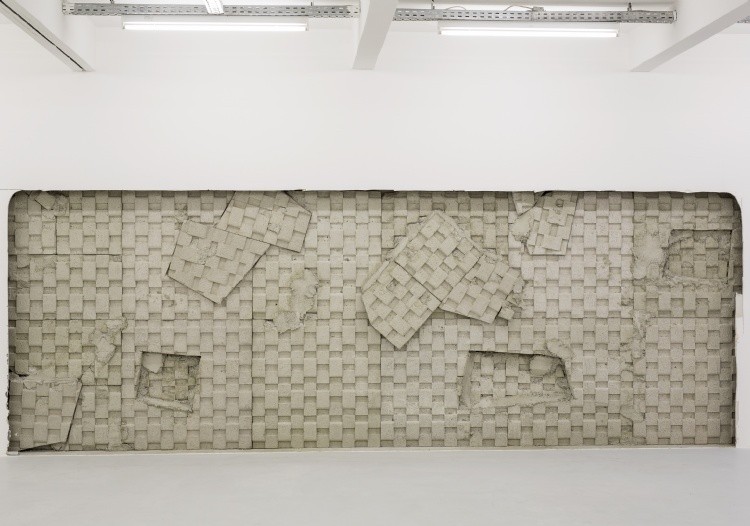 The Kunstraum Innsbruck presents the first solo exhibition by the German artist Olaf Metzel (b. 1952) in Austria. Metzel made a name for himself with his interventions in public space, which in the form of very direct reactions reflect the political and social goings-on of their respective time. His works mirror the status quo of German society after the war. Early on in his career, he dealt mainly with the recent past of his country, such as the politics of the Senate in the still divided Berlin, Stammheim prison and the RAF, or the racism pervading politics and society.

Metzel’s artistic practice bears testimony to his radicalism, introducing destruction as an aesthetic programme into his sculpting technique. The concept of interaction with space, time and movement the artist translates in his sculptures into a direct dialogue with the observer, in order to let art literally participate in life, to let it grow out of life, as it were. Metzel understands his artistic impetus as a gesture from "below", aiming to create art that is not just for an elitist group. With his direct language, which he communicates immediately into public space, he deliberately steps across boundaries and provokes dialogue and protest.

With his exhibition "Sozialtapete" (Social Wallpaper), Metzel once more takes up a specific working technique of the eighties and nineties. By working straight into the wall, in the manner of a graffito, he puts into place a message. The central wall work at the Kunstraum Innsbruck refers to a piece from 1982, which commented on a racist comment of the then Berlin Senator of the Interior, the Nationalist Conservative Heinrich Lummer, aimed at Turkish gastarbeiter (guest-workers). Metzel rented a one-room apartment, which Turkish lodgers had to make a hasty departure from due to a change in ownership. He changed the apartment by way of a mural relief showing a swastika, in order to refer on the one hand to the unreflecting jargon of the politician, but also to the unreflecting use of the swastika as a banal everyday ornament in toilets, underpasses and other non-places of public life. At the Kunstraum Innsbruck he returns to this work and transposes it into the present.

The large-format transparent, bearing the eponymous inscription "In einer öffentlichen Halle ist nie ein Mensch zum Fegen da" (In a public hall there never is anyone to sweep up), refers to a Chinese saying, quoted by the German writer Ernst Jünger and questioning the voluntariness of work in a larger context. In the private sphere we endeavour to preserve order, but in public space no one really much cares.

The two other sculptures, "Frauen putzen besser" (lit. Women clean better, 2002) and "Milieufragen" (lit. Questions of milieu, 2007), in a provocative manner comment on the gender clichés prevalent in our society. Thus the first of the sculptures quotes the headline of an article in the Frankfurter Allgemeine Zeitung that summed up scientific data on the cleaning habits of women. And the urinal too is not just meant as a reference to Duchamp, but also serve to symbolise a collective meeting point for men in public space. The objects exhibited reflect the various facets of Metzel’s artistic practice and, in the sum of the exhibition, provide a very good overview of the artist’s oeuvre, without at any moment giving the exhibition a retrospective character. On the occasion of the exhibition, a comprehensive work catalogue will appear, which for the first time assembles Olaf Metzel’s texts. Entitled "Vom Kühlschrank zum Fernseher" (lit. From the Fridge to the TV), the book will be published by Snoeck Verlag, and presented, in the presence of the artist, at the Kunstraum Innsbruck at 7 p.m., on Friday, March 13.

Since 1990, Olaf Metzel has been holding a professorship at the Akademie der Bildenden Künste in Munich, whose director he was from 1995 to 1999. His works form part of international collections and were also presented to an international audience both at Documenta 8 (1987) and in the context of the sculpture projects muenster (1987 and 1997).